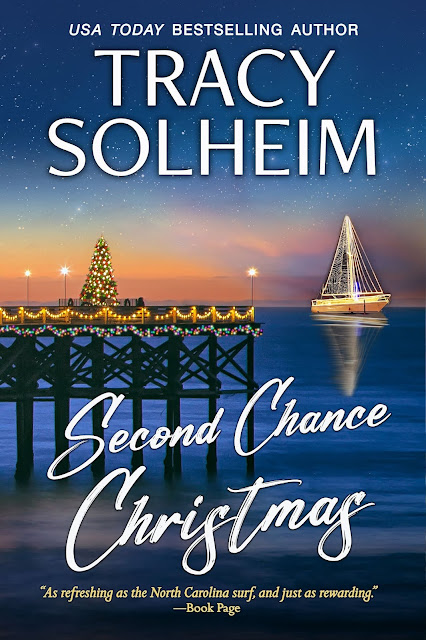 Chances Inlet is the home of second chances. Too bad not everyone wants one. Not even for Christmas . . .
Chances Inlet, North Carolina is the last place major leaguer Ryan McAlister wants to hide from the media to rest up his broken hand. He left his gossipy, Christmas-obsessed hometown in the dust over a decade ago. When he gets caught up in the town’s holiday antics, he finds himself responsible for making a little boy’s Christmas wish come true. The kid’s widowed mother, however—a blast from Ryan’s past—just might make his stay a bit more exciting.
Physical therapist Jane Sheffield loves her hometown. Especially at Christmastime. Since this may be her last in Chances Inlet, she’s determined to make the most of it with her young son. But after her childcare falls apart, she gets more than she bargained for when her best friend’s younger brother volunteers to help out. The rebellious teen she tutored in high school has grown up into a sexy charmer and so much more than the pretty face he pretends to be.
Can a stray dog, the Ghost of Christmas past, and a host of meddling townsfolk muster up enough Christmas spirit to convince Ryan and Jane to give their hometown—and each other--a second chance?
This book is the third book in a family saga but can be read as a standalone.
Chances Inlet Series:
Book 1: Back to Before
Book 2: All They Ever Wanted
Book 3: Second Chance Christmas
ADD TO GOODREADS 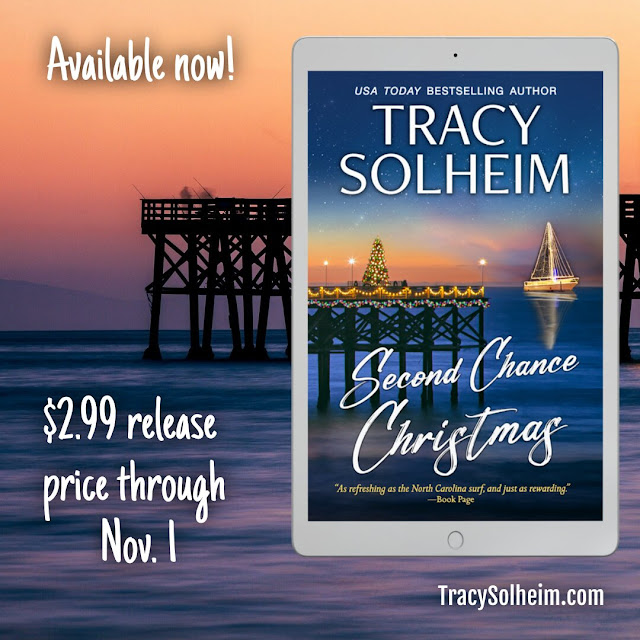 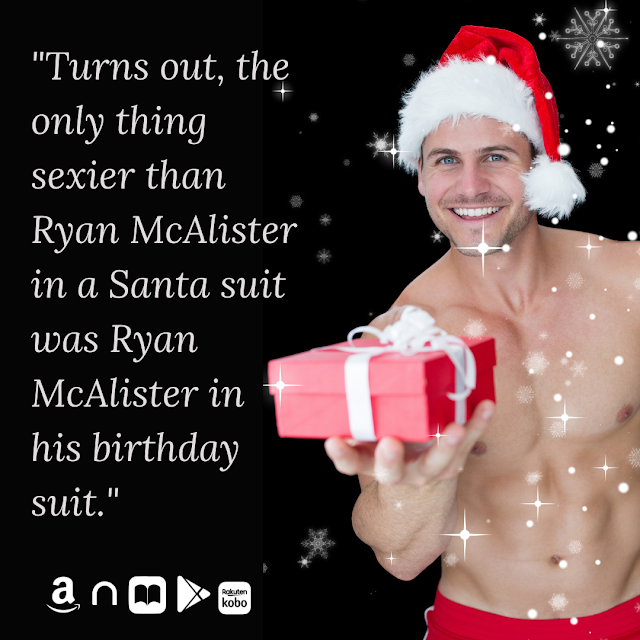 EXCERPT
He grinned at the women. “Batter up.”
“Hold up there, Santa.” Bernice’s elf slippers swished over the tiger-wood floor as she stepped in front of him. “You can’t just step out there willy-nilly. We need to go over the rules first.”
“Rules? There are rules to this?” He glanced around the kitchen to the coven of women surrounding him. His mother nodded solemnly, the ridiculous antlers on her head threatening to take someone’s eye out. Kate shrugged her shoulders with a smirk. Cassidy offered up her signature move, the eye roll, executing it with the style and finesse of an Olympic athlete.
“Yes. Rules.” Bernice narrowed her eyes at him. It was hard to take the older woman seriously on a good day, but dressed as she was, Ryan had to fight twice as hard to keep a straight face when she spoke. Especially when she was talking nonsense.
“Seeing how there wasn’t any time for you to attend Santa training or read the manual,” she said, “I’m going to go over the most important ones quickly. So listen up.”
“Santa training?” Ryan’s chuckle was met with a fierce glare. He sobered up immediately. Were these women actually serious? “I don’t need a manual to figure this out. The kids sit on my lap. They tell me what they want. I tell them to be good. Cassidy snaps a photo and we’re done. How hard can this be?”
“Ugh,” Cassidy groaned behind him. “We are so screwed.”
“Look, honey.” His mother rested her hand on his forearm. “I appreciate you stepping up. But Bernice is right. This isn’t as simple as it sounds. But all you have to do is follow her lead, and you’ll do great.”
And there it was again. That lifelong implication that Ryan couldn’t handle anything too complicated. Granted, he didn’t have the advanced degrees and college pedigrees of his siblings. So what? Why did no one here expect him to be capable of much, other than turning a double play? It shouldn’t bother him. He was successful in his own right and he rarely felt inadequate in any aspect of his life. Yet, for some reason, whenever he returned home, all the old insecurities resurfaced. It stuck in his craw to have to feel this way every time he set foot in this town. It was one of the reasons he stayed away as much as he could.
“It’s not brain surgery, for crying out loud,” he snapped at his mom. “I’ve got this.”
Kate’s eyes went wide. He ignored the looks on the other women’s faces. Instead, he buttoned up the rest of the Santa jacket, tapped his beard to make sure it was secure, and shoved his way through the swinging door with a hearty “Ho, ho, ho!” 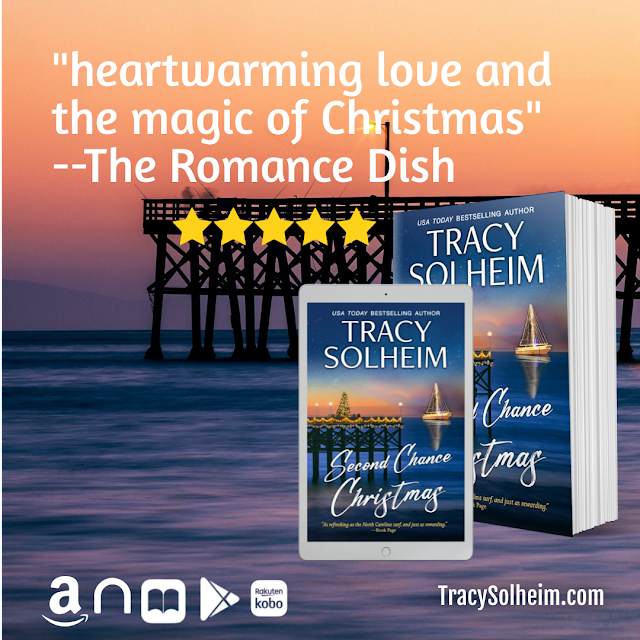 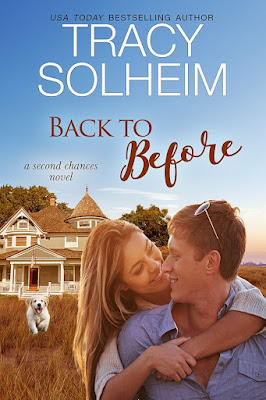 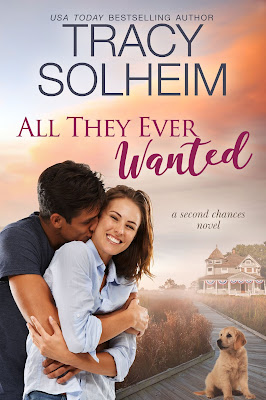 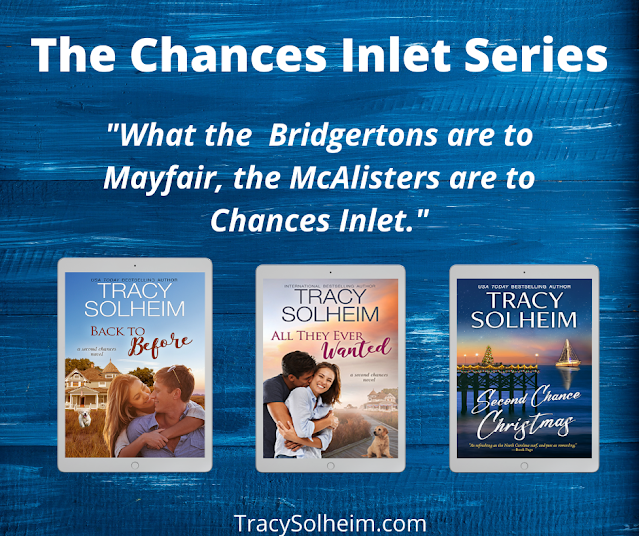 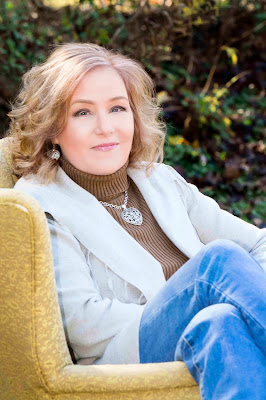 USA Today bestselling author Tracy Solheim writes books with shirtless men on the cover. Some of them are actually best-sellers. The books, not the men. When she's not writing, she's practicing her curling. . . bottles of wine, that is. She's been known to cook dinner but no more than two nights in a row. Most days, she'd rather be reading, which to her is just necessary research. She lives in the suburbs of Atlanta with her husband and a neurotic Labrador retriever. Her two adult children visit but not often enough. (See the note above about cooking.) Check out her romantic suspense series featuring the Men of the Secret Service--shirtless, of course! See what she’s up to at www.tracysolheim.com 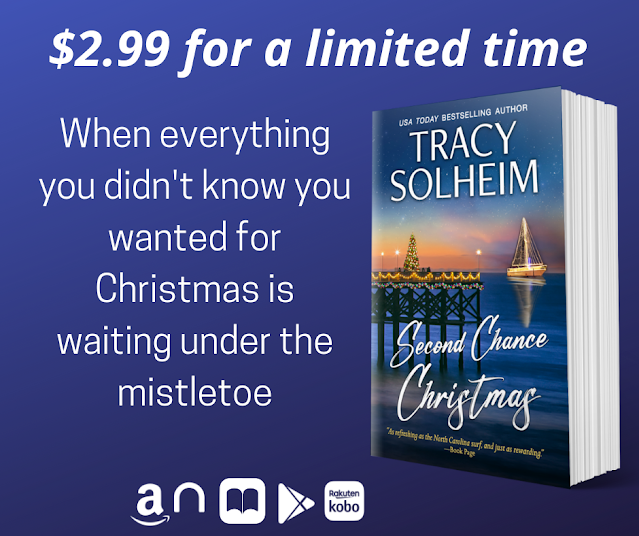