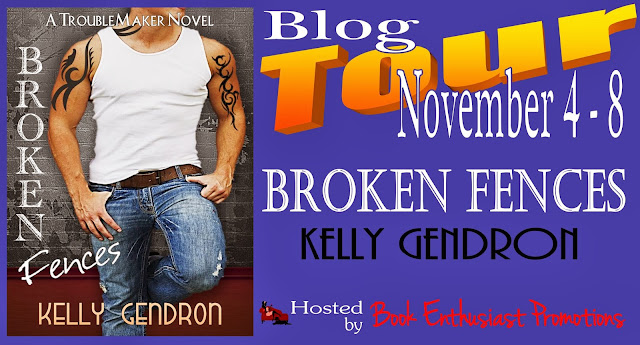 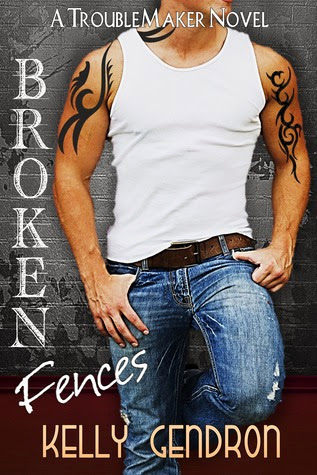 Colden Saint James, Dusty Owens, and a single night of passion had equaled to poor old Mr. McAllister's broken fence. Add six years, a troublemaking photo, and there's not a fence in Texas that's gonna be safe...It took Dusty Owens two years to land Colden "Saint" James, even if it was for only one night, but the very next day, he was gone. Now, years later, the "Saint" has returned, but he's no longer the do-gooder rookie cop Dusty remembers.

Dusty Owens always had a way of making every single one of Colden's man parts go all hard. He'd been so close to falling for the girl before he'd left Odessa. Now, due to a troublemaking photo, Colden must return to his hometown to keep her safe. Trouble is, he's a different man-not to mention the change. Well, it's gonna cause all kinds of problems where Dusty Owens and all of his man parts are concerned.

Kelly resides in a quiet suburb somewhere between Buffalo and Niagara Falls, NY. Her day job? Kelly has worked in the healthcare field for years. She  represents a group of reputable nursing facilities in the WNY area. She's been faithfully writing for three years. However, she wrote her first book ten years ago but had to put it down to raise her son as a single mom. When her son got a little older, she was able to pick it back up. That's when she settled into her newly married life and started to seriously write again. She's dabbled with Romantic Suspense stories, but recently she's been on a contemporary kick. The recipe for the men in her stories: a dash of bad boy attitude, a cup of strong and confident and, of course, besides being packed with magnificent bodies, and doused with shameless aptitudes, they must have a tender heart you want to rip out of the pages (or your e-Reader) and take to bed with you at night.