Release Day Blitz - Nothing Left to Lose by Kirsty Moseley 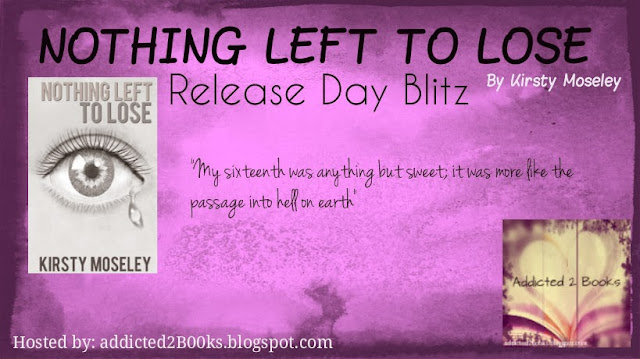 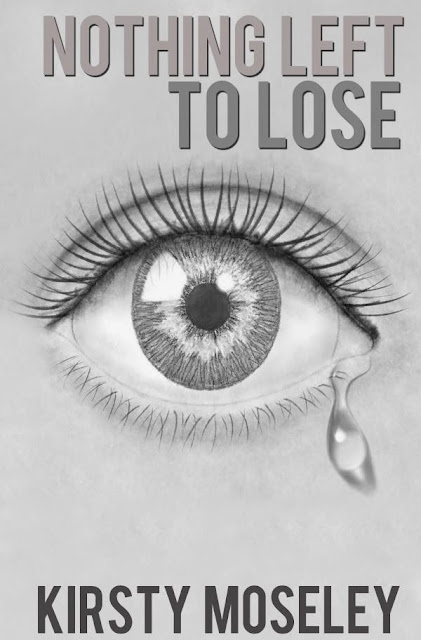 Annabelle Spencer’s life is every girl’s dream. She has wonderful parents, great friends, and of course the perfect boyfriend, Jack Roberts. That all changes on her sixteenth birthday when her life comes crashing down around her. Her dream night turns into a nightmare when Jack is murdered right in front of her, and she’s kidnapped by his murderer, Carter Thomas, a big time drug and arms dealer.

After ten months of being with Carter, she’s found, but the experience has totally changed her. She’s no longer the happy-go-lucky girl that everyone used to know and love; she’s now cold, hard and suffers from night terrors. It appears that Carter broke not only her body, but her spirit too. A shadow of her former self, her slogan for life is now: ‘If you don’t care about anything, then you have nothing to lose’.

Carter is currently serving time for the murder of Jack, a conviction that Anna helped secure. But his retrial is coming up because some key evidence appears to have been tampered with. Unbeknown to Anna, death threats are being received by her father, the Senator. It appears that Carter is still interested in Anna and will stop at nothing to get her back.

Ashton Taylor is brought in to protect her. He’s a newly qualified SWAT agent, a bright spark, the agency’s new golden boy. He is assigned undercover, posing as her boyfriend. His job is to help her through college and keep her safe until the end of the trial in eight months’ time.

For three years she has been the broken, damaged girl, refusing to feel emotion or pain, but can Ashton help her rebuild her life and finally deal with the grief of losing her childhood sweetheart? Will he be the one to make her see that life is, in fact, worth living and that not all men will hurt her?

All the while, the shadow of the trial looms over the both of them, taunting them, reminding them that it isn’t over yet. After all, Carter Thomas will stop at nothing to be reunited with his ‘Princess’. 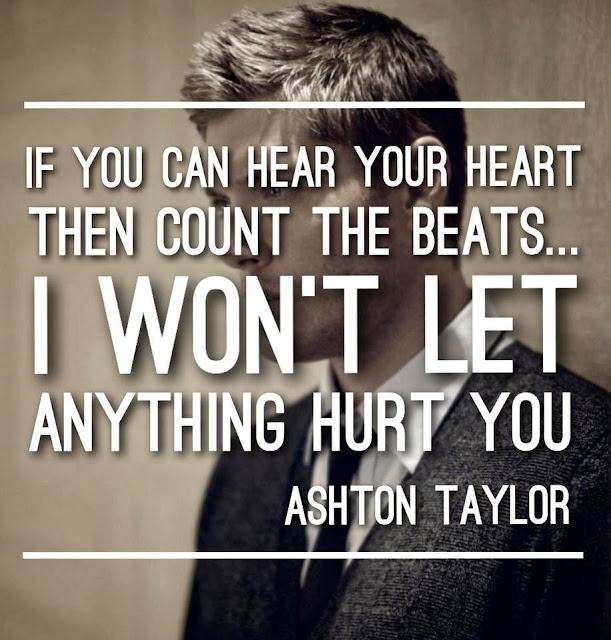 Kirsty Moseley has done it again!
I have to start off by declaring that I am a huge fan of Kirsty's books. There is just something about the way she writes that draws you in from that very first chapter and keeps you hanging on every word until that last page.
Nothing Left to Lose is Annabelle Spencer's story. It starts off with a bang detailing the night that Annabelle's life changes forever. The night she loses her innocence by witnessing the murder of her childhood sweetheart Jack and is then kidnapped and held captive for 10 months.
Three years later, Annabelle is now just a shell of her former self and is only just existing day to day. She won't let anyone get too close and is still no where near coming to terms with the ordeal she lived through years before.
Enter Ashton Taylor who has been employed to protect Annabelle and pose undercover as her boyfriend. Ashton is instantly attracted to Annabelle and besides it being his job, would do anything and everything to keep her safe.
This is not your 'normal' love story where everything runs smoothly. Annabelle has suffered though a horrific experience and has to learn to live and love again despite it all. As a reader, Kirsty makes you feel like you are living that experience with her.
I loved everything about this book. The storyline, the characters and the way everything played out was incredibly well done.
Nothing Left to Lose is a must read to add to your TBR.

I pushed him sideways playfully so I could step through the door into the inner hallway first. He didn’t reply. He just grabbed my waist, lifting me off my feet and threw me easily over his shoulder as he carried on walking in the direction of the kitchen. I gasped as everything turned upside down.
“Whoa, holy crap! Put me down, right now!” I shouted, but the order lost some of its authority when I started laughing.
“Nope, not until you apologise for calling me a player,” he refused playfully.
“Ashton, put me down!” I instructed, struggling to get off him.
“I didn’t hear you apologise.”
“Agent Taylor, you put me down right now. I know people, I could have you assassinated!” I joked.
He burst out laughing. “Right, and who do you know that could assassinate me?” he asked, still chuckling.
“Dean.”
“Dean Michaels? That guy likes me more than he does you, and I’ve only met him twice, it would be easier to get him to assassinate you!” he countered, laughing wickedly.
“Put me down! All the blood’s rushing to my head,” I whined, giving up on my struggling because I could barely move an inch from the hold he had on me.
“Wow, you whine like a baby, Anna. Where’s the fighting spirit? You could have wrapped your arms around my waist to give yourself more stability and kneed me in the face, you know. I thought you were big on the self-defence,” he teased.
He tugged on my legs, making me slide down into his arms before he sat me on the kitchen counter. He was grinning from ear to ear.
“No way! I could barely move, I tried to get down,” I protested, righting my clothes and trying to catch my breath from the experience of it.
“You have much to learn, young grasshopper,” he said, patting me on the head like a child. 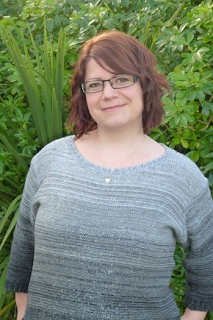 Kirsty Moseley has always been a passionate reader since she was a little girl, devouring books overnight, barely sleeping and paying for it at school the next day. Writing has come similarly to her and once she discovered Wattpad, she finally plucked up the courage to post one of her stories. Seven million reads later, she self-published her debut novel THE BOY WHO SNEAKS IN MY BEDROOM WINDOW, which later became one of 10 Finalists for the 2012 Goodreads' Choice Awards, Best YA Fiction. Shocked and overwhelmed by the response, she later published her second and third novels, Always You and Free Falling.

If she had to sum herself up in one word, it would probably be 'daydreamer' - but unlike most of her school teachers, she doesn't necessarily view that as a bad thing. After all, she read somewhere once that books are like waking dreams....

She lives in Norfolk, England with her husband and son.

Still waiting on ebook links to go live on Amazon

UK Only
a Rafflecopter giveaway
Posted by Give Me Books at 11:49 pm