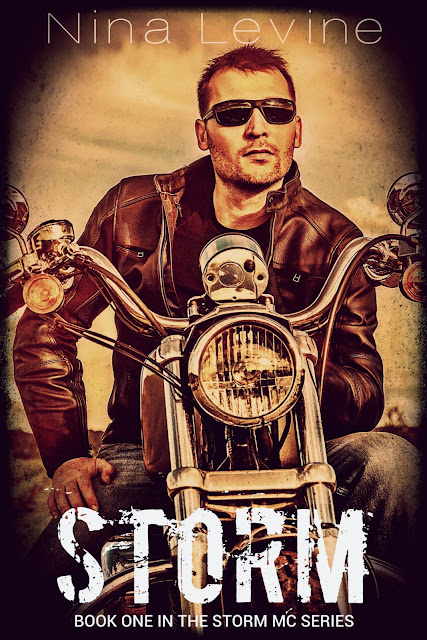 Life can be a bitch but love can get you through any storm.

Madison Cole’s family is the Storm Motorcycle Club. Her father is the President and her brother is the VP. She grew up surrounded by bikers, crime and violence. Two years ago she walked away from her family and the world they live in. Her soul was shattered, her heart was broken and she had an addiction she couldn't shake. She picked up the pieces and put herself back together. Now her family wants her back. The club is being threatened and they send a club member to return her home to safety; the one person that could destroy everything she has worked so hard to build.

Jason Reilly has sacrificed a lot for the motorcycle club he calls family. Two years ago he made the biggest sacrifice of all; he gave up the woman he loved for them. Now he is being sent to bring her back and he is conflicted. He thought he was over her but discovers their connection is as strong as ever. Their love was all-consuming, passionate and fiery. It was also their undoing and he doesn't know if either of them is strong enough to battle the demons that ripped them apart, to find love again.

Madison and Jason are brought back together by a force out of their control; one that pushes them to a breaking point. Can they overcome their past and discover a love worth fighting for or will the harsh reality of their world finally and completely break them both?

Do you love hot tattoo bad boys? Motorcycles? A biker club filled with tough hot domineering men? A sexy alpha male with a dirty mouth? Hot steamy sex? Second chance romance? A love worth fighting for? If the answer is YES to all the above, then go read Storm by Nina Levine.

STORM MC#1 is the debut book of Nina Levine that focuses on Jason Reilly, a member of the Storm Motorcycle Club and Madison Cole, daughter of the president of Storm. Madison’s life and family is Storm. Besides having Marcus, her father as the president, her brother, Scott is the VP. She grew up surrounded by bikers, crime and violence.

Storm starts off with Madison living in a new city, new life and new friends. Two years prior, a tragic event greatly affected Madison. Her soul was shattered, her heart was broken and she was left battling an alcohol addiction. Left broken and lost, Madison decides to walk away from her family, friends, Storm MC, and Jason, her former lover. With her new life, Madison regains some semblance of a new fresh start but when danger threatens the club and her safety, she is asked to return back home to the club. And the person who is sent to pick her up is no other than Jason aka J.

Jason Reilly is a member of Storm MC, a club that he calls family. His life was built on Storm and when a trouble came knocking on the door, J was asked to make the biggest sacrificed he had to make for Storm.; To walk away from the love of his life Madison. Unbeknownst to Madison for the reasons why J ended their relationship, she was left heartbroken. Two years has passed and J is assigned to return Madison back home.

Reunited, Madison and J’ s attraction to one another is palpable. Their relationship can only be described as a roller coaster filled with so many ups and downs. She thought she was over him but she discovers their connection is as strong as ever. J could never erase his love for Madison and vice versa. Their love was all consuming, raw, passionate and intense. With danger and threats lurking the safety of Madison, J makes it his mission to ensure that she is not in harms way. As they rekindle their relationship, Madison and J tries to navigate and battle the demons that ripped them apart.

Moving back home, Madison must learn how to adjust and balance the old life she left behind. She must face the past and the demons that have haunted her. When all is said and done, Madison finds her strength in J especially when she uncovers a family secret that will turn her world upside down.

Storm is the perfect title for this book. This book was packed with so much drama, angst, sexual chemistry and danger that it can only be described as a perfect storm. When you think, the danger and threat was solved another one arises so Ms. Levine definitely keeps her readers on the edge of their seats.

The only issue I have with the book it was too fast paced. I wanted to know more about Madison and Jason’s relationship when they first became a couple. I needed more insight on their history and why their connection was so strong. Besides being fast paced, I couldn't fully connect with Madison. There were times she was a tad bit annoying but I was able to overlook that considering of what she had been through.

Overall, I think Ms. Levine did an excellent job for her debut book. She was able to capture and give readers an inside peek of the ins and outs of a motorcycle club family. As for Jason, he made the book. He was sexy, domineering, bad ass, and total alpha male. Nothing can stop Jason when it comes to protecting Madison. It was clear that he meant business and will go at all cost to ensure the safety of Madison. As for Madison and J’s relationship, their sexual chemistry and passion was SCORCHING HOT!!

Storm had lots of great secondary characters from Griff, Scott, Serena, Blade and Nash. But hands down, Nash was my favorite. I can’t wait to see what Ms. Levine has in store for these hot alpha members of Storm. So if you are looking for a quick and sexy read, go read STORM. Hop on and the members of Storm MC will take you on a wild ride through the dangerous, thrilling, chaotic, and fast paced adventures of their lives.

I grabbed my purse and headed outside to go and buy lunch.  J was on the phone, but saw me come outside and signalled for me to wait.
“I’m going to buy lunch, J.  And I only get an hour so I don’t have time to wait for you,” I said, tersely.  He kept talking and scowled at me.  I turned and started to walk away from him, towards the cafe where I always bought lunch.
I could hear him muttering something into the phone and then he must have ended his call because he went silent.  Then, he barked, “Madison!”
The last thing I wanted to do was stop for him, but there was something in his tone; a ‘don’t fuck with me’ command.  So I stopped, and turned around to look at him.  Oh, my.  He was shitty.
He stalked to where I was and got in my face.  “Why the fuck do you have to be so difficult about this?” He was fuming.
Well, I could see him, and raise him in his anger.  “Maybe it has something to do with the way Scott has gone about this.  And the fact that he sent you!”
He flinched.  It was only for a second, and most people wouldn’t have even noticed it.  But I knew J, and I saw it.  It surprised the fuck out of me.  “Well then, it looks like we’ve got some shit to sort out, babe, because I’m not going anywhere.”
“I don’t want to sort shit out with you.  That ship sailed two fucking years ago, J,” I spat.
He gripped my arm, pulling me closer, “No, it fucking didn’t,” he growled, eyes blazing, “And you can’t deny there’s still something here.  I feel it and I know you feel it too.”
I laughed.  No, actually, I cackled.  “You wanna fuck, J?  I can feel that, and, yeah, if you wanna go there, I’m all for it.  But don’t mistake my desire for your cock for anything else.” 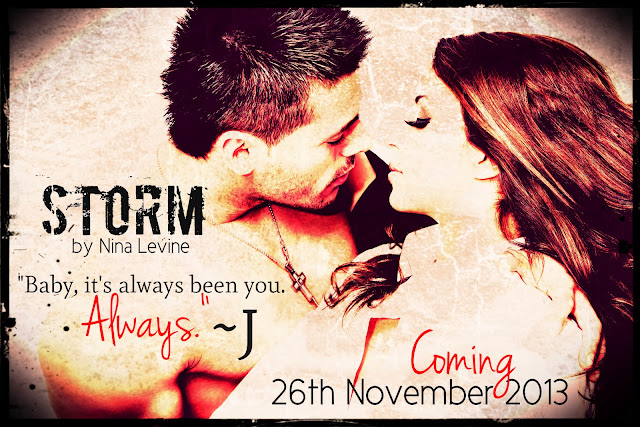 a Rafflecopter giveaway
Posted by Give Me Books at 10:41 pm