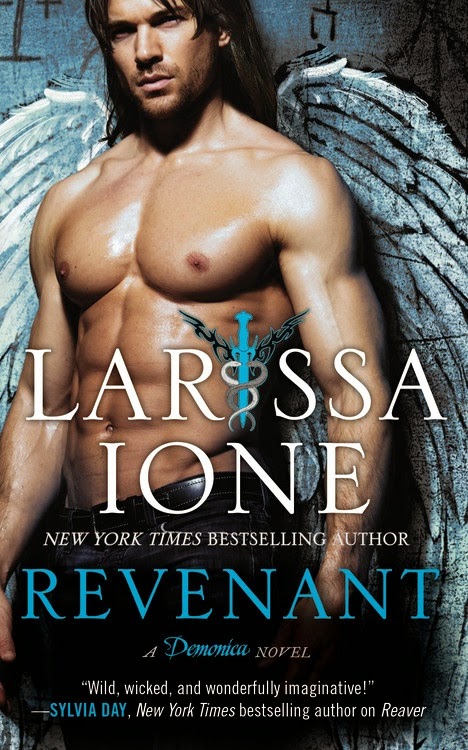 For five thousand years, Revenant believed he was alone in the world, a fallen angel beyond any redemption. Now he finds he has a twin brother who had all the light and love Revenant was denied. Caught in a tug of war between Heaven and Hell, he must weigh his thirst for revenge against his desire for a mysterious female named Blaspheme—a female whose very origins could deliver him into salvation . . . or destruction.

Blaspheme has a deadly secret: she's the forbidden offspring of an angel and a fallen angel. Hunted by both heavenly and satanic forces, she has survived only by laying low and trusting no one. When Revenant claims he can save them both, how can she possibly believe him? But the powerful angel is persistence incarnate and for Blaspheme, there's no place she can hide in Heaven or Hell where he won't find her . .

Revenant is so far beyond an amazing book, it deserves way more than five stars, and if I could, I would it give it fifty stars instead of merely five. This book really touched my heart and blew me away. I simply cannot tell you how much I loved Revenant because it's one of those stories that gets inside your heart, so deep, that it will never leave and loving it becomes just as natural as breathing.

This is the first book by Larissa Ione I've read, but it will most definitely not be the last! Ms. Ione is one of my authors now and even though I will most likely start with the Demonica series first, I'll certainly pick up the other books too. I absolutely cannot wait to read them because if they are even as half as good as Revenant, then I know they are going to be amazing.

There was so much about Revenant that I loved, especially the man, Revenant, himself. I fell for him instantly. It was easy to see that he was arrogant, cocky, and not someone you mess with, but you also had knew that he was somewhat vulnerable too. Revenant made me laugh almost as much as he broke my heart. It was painful to read about his past, it made me cry and I just wanted to hug him to make him feel better. I loved Revenant for his sweetness, his wit, and his darkness; I just loved him. He was absolutely my favorite character and he's one of my favorite heroes of all-time.

Revenant is an extraordinary book. It's a journey in discovering yourself, love, and standing up and fighting to protect those you love as well as yourself. There were heartbreaking moments, funny ones, and a couple of extremely epic moments too.

I had no idea that this book was going to affect me as much as I did when I started it. It made me laugh, ache, smile, cry, and made me ecstatic. I loved the characters, the angst, the steaminess, and Revenant and Blaspheme's love. There's no question that Revenant is one of the best books I've read all year and I will read it again and again.

This is a standalone, told from multiple points of view with an awesome, happily ever after ending. 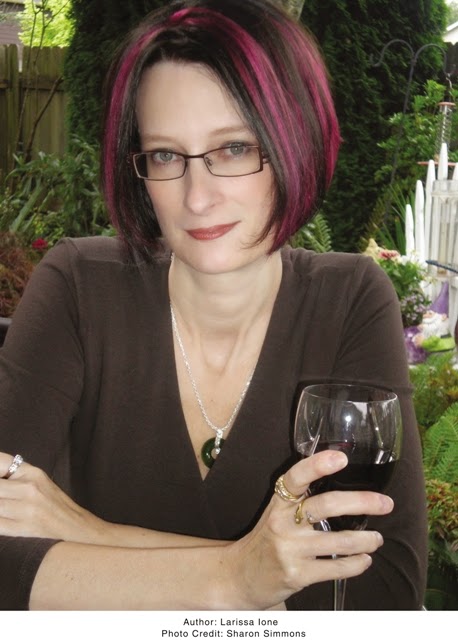 A former meteorologist and EMT, Air Force veteran Larissa Ione now gets her daily dose of excitement from vampires, werewolves, demons, and the Four Horsemen of the Apocalypse. She lives in wintery Wisconsin with her U.S. Coast Guard husband, her teenage son, a rescue cat, and her hellhound, a King Shepherd named Hexe.

a Rafflecopter giveaway
Posted by Give Me Books at 7:08 am