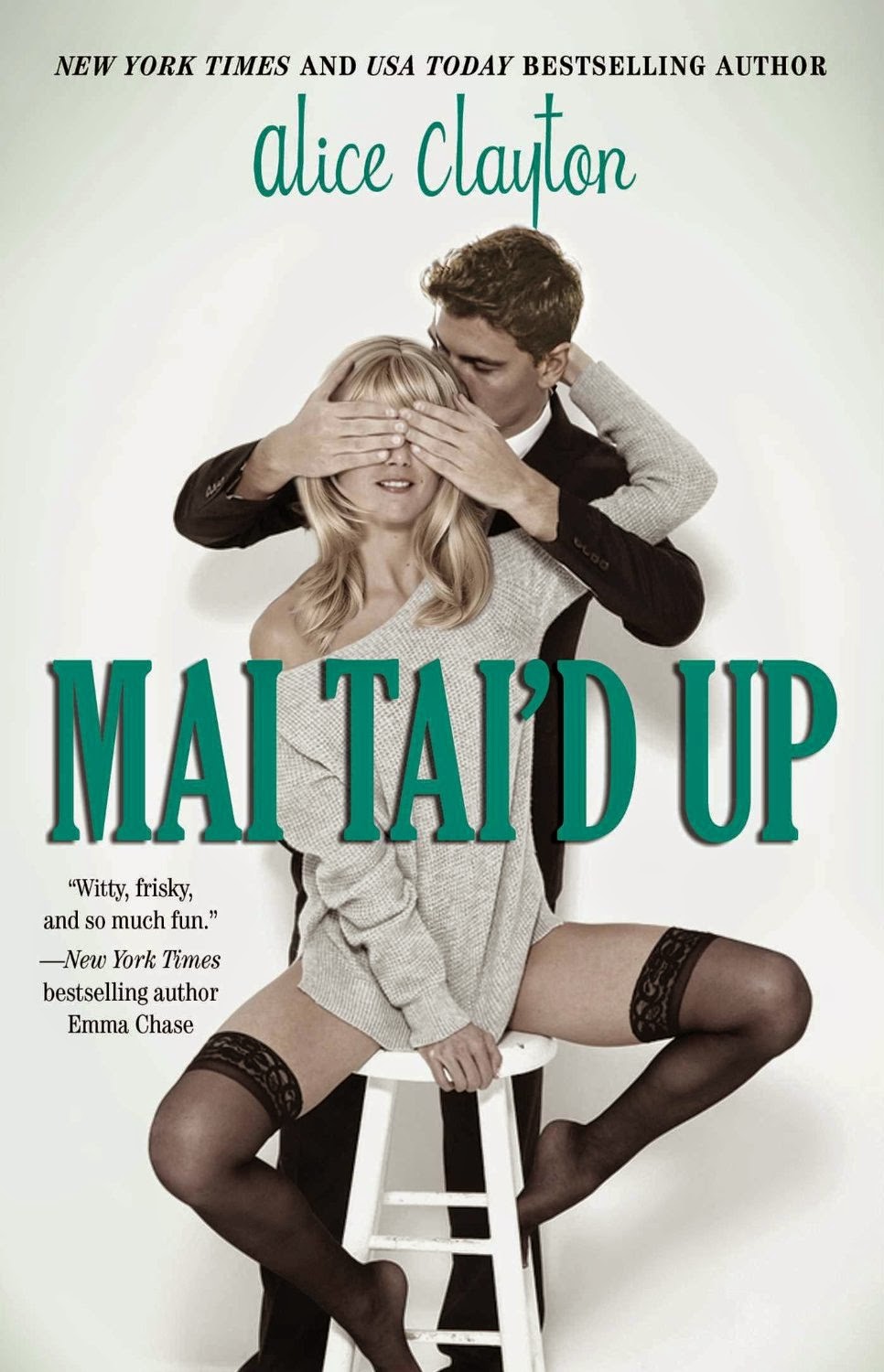 The gossip mill in the seaside community of Monterey is churning about Chloe Patterson, the newcomer who is starting a sanctuary for rescued pit bulls. It’s rumored that she’s a former beauty queen (true) who ditched her fiancé the morning of their wedding (also true). And that while she’s not looking for a new man, the good-looking local veterinarian has his eye on her. Absolutely, positively true.

When Lucas Campbell isn’t at the family veterinary clinic, he’s paddle boarding in Monterey Bay. Recently single, he’s definitely not in the market for a new relationship, but he still can’t resist taking a second, third, and fourth look at the recent arrival of Miss Golden State.

Neither Lucas nor Chloe has any interest in being tied down. Being tied up, however—now there’s a thought. But are a few Mai Tais, a moonlit night, and the music of Frank Sinatra enough to allow them both to forget their past? Let’s hope Ol’ Blue Eyes knows what he’s doing.

Mix one part tiki, one part kinky, and a splash of old black magic matchmaking, and it’s time to be . . . Mai Tai’d Up. 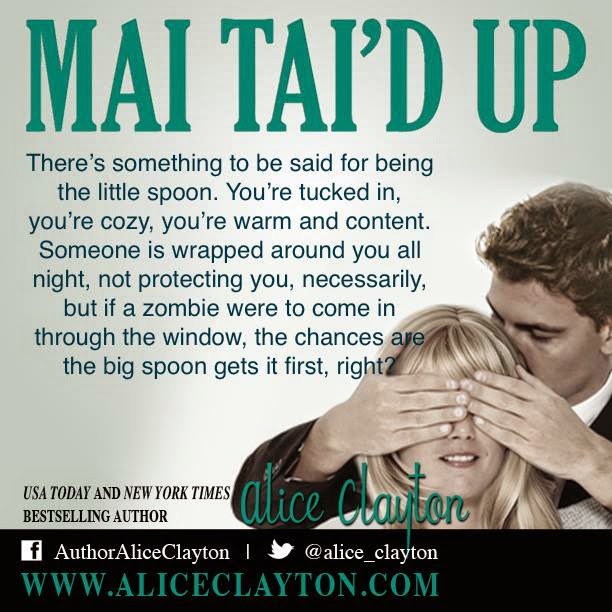 Oh, how I love this series! It’s always fun and light, sweet and a little sexy. I know when I crack open a Cocktail series book, I’m in for a good time, and Mai Tai’d Up was a damn good time.
Chloe Patterson is attempting to make a new life for herself after ditching her fiancé on the morning of their wedding. That new life leads her to Monterey, a new dog-rescue shelter and a sexy veterinarian by the name of Lucas Campbell.
Lucas thinks the former beauty queen is beautiful, but after the disastrous end of his own relationship, he’s not interested in making her his “rebound”.
A friendship forms, a secret is kept, (more than) a few cocktails are drunk, and Lucas and Chloe are having a hard time keeping it platonic...
I want to live in this world! These characters – in every installment of this series – are so sassy, smart and likeable, I just want to hang out with them. The connections between them – how we get from Caroline and Simon from Wallbanger to Lucas and Chloe – and the little cameos in each book are a delight. Plus, the banter always brings a big ol’ smile to my face; I love the way Alice Clayton plays with a theme through each of her books, making said banter unique and playful. In this case, the Frank Sinatra/Rat Pack 60’s lingo and vibe. Ring a ding, ding!
While Mai Tai’d Up was not as laugh-out-loud funny as the earlier Cocktail books, it still made me giggle on many an occasion. But it was the story of Chloe’s rescue shelter and dogs that made my heart so very happy. Yes, this is a love story. Yes, the chemistry and friendship between Chloe and Lucas was excellent (and the “big”, rom-com style gesture at the end played out perfectly). Yes, I enjoyed it because of those things. However, I have a very special place in my heart for rescue animals – and seeing their story touched on here, in a beautiful and somewhat heart-breaking way, made me want to hug Ms. Clayton. Having them at the forefront of Mai Tai’d Up will, I hope, make more people realize what these dogs go through. For that reason alone, I would encourage people to read this book.
I hope, hope, hope there will be more books in this series, aside from the upcoming Simon and Caroline novella. I’m so invested in it, and I love knowing that regardless of the characters, the story, the setting or anything else, I am going to be reading a well-written book that sets my heart to racing and plasters a goofy grin on my face. So, pretty please, Alice, don’t say this is the last call. There’s plenty more cocktails to drink yet.
Mai Tai’d Up is the fourth book in the Cocktail series and can be read standalone. No cliffhanger.

YAY! Another book in Alice Clayton's fabulous Cocktail Series! Being a former bartender I just love these punny titles. In Mai Tai'd Up we get to know Clark's cousin, Chloe and veterinarian Lucas.

After running out on her wedding to her supposed "dream man" Chloe ends up in California working with pit bulls. And of course when working with animals you need a capable vet on call. Enter Lucas. But Lucas is also a bit jaded after having his fiancee run out on him. So begins a camaraderie between these two characters. And although they try to keep things in the friend-zone, it's not that easy when their chemistry keeps pulling them toward each other.

Clayton once again excels at creating smart and sassy characters thrown in with great settings and music. Ahhh. The music! I'm a huge Sinatra fan and I loved the part his music played in this book. There are plenty of LOL moments as well as some great fireworks. And who the hell knew a ginger would be so hung!?!

This is the fourth book in the Cocktail series. It could definitely be read as a standalone but I do think the reader will get more enjoyment from reading the previous books first. Told from Chloe's POV, Mai Tai'd Up will have you laughing and swooning. When you flip that last page I dare you to tell me you didn't have a huge smile on your face.
~ Review by Erin

Novelist Alice Clayton makes her home in St. Louis where she enjoys gardening but not weeding, baking but not cleaning up after, and is trying desperately to get her long-time boyfriend to make her an honest woman–and please buy her a Bernese Mountain dog.

After working for years in the cosmetics industry as a makeup artist, esthetician, and educator, Alice picked up a pen (read laptop) for the first time at 33 to begin a new career: author. Having never written anything longer than a grocery list, she soon found writing to be the creative outlet she’d been missing since walking away from the theater 10 years before.

She has a great time combining her love of storytelling with a sense of silly, and she was shocked and awed to be nominated for a Goodreads Author award in 2010 for her debut novels, the first two installments of The Redhead Series–The Unidentified Redhead and The Redhead Revealed. Her latest novel Wallbanger is a return to her trademark comedic erotica, or funny smut, that Alice has become known for.

Additionally, Alice loves spending time with her besties on Not Your Mother’s Podcast (check them out on iTunes) and has recently partnered with actor Greg Grunberg, blogger Brittany Gibbons, and actress Keili Lefkovitz on a new travel show that will begin filming in January.