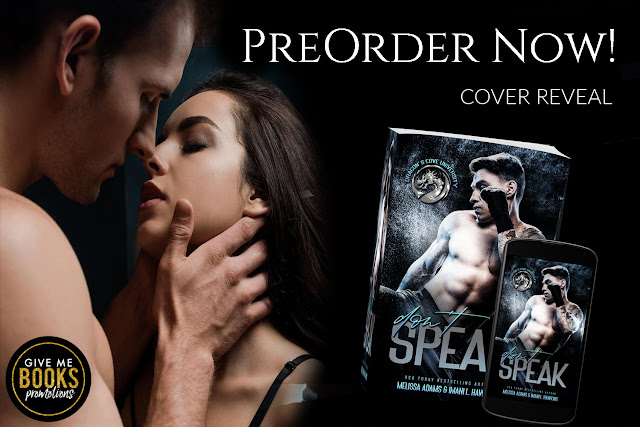 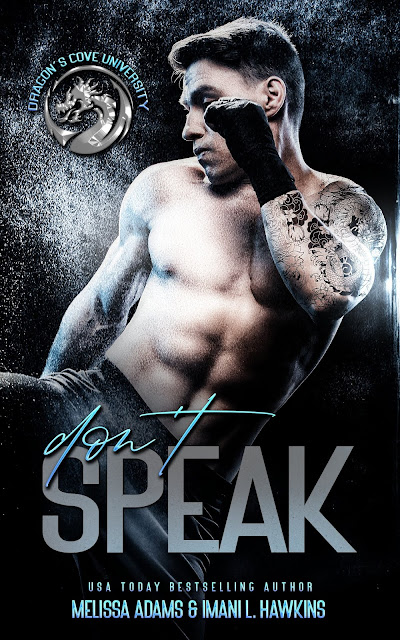 A broken bond turns deadly, and I'm the one caught in the middle..
At Dragon's Cove University, fighting is life, and I'm stuck in the middle of a war between two rival dojos who want to tear each other apart.
But when that war becomes deadly, I find myself seeking refuge in the arms of the men I betrayed. Men who will stop at nothing to make me pay for that betrayal. Men who will change my life in ways I never thought possible.
Even if they could overlook my betrayal and take me in, they have troubles of their own when their sensei is framed for murder. And now, we're in a fight for our lives.
Is our bond strong enough to protect me or does their hate run too deep? 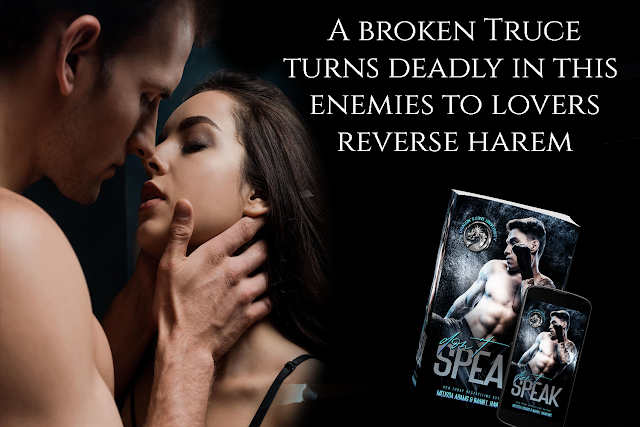 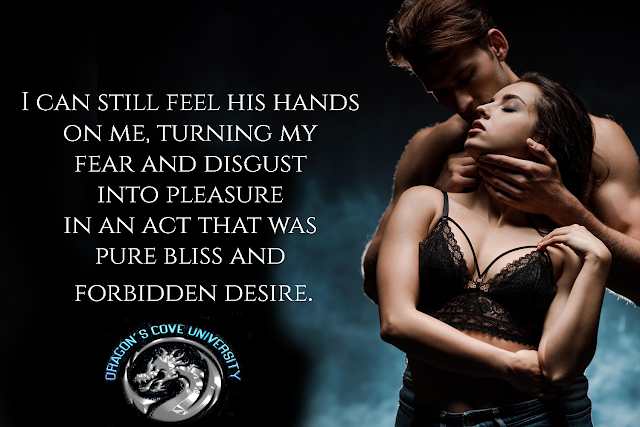 EXCERPT
“Freya.” The sound of Mom’s knuckles tapping against the door wakes me. “Do you plan on sleeping all day?”
“No, Mom,” I grumble, trying to push myself up to sit, but something has me pinned.
Confusion flits through me as I reach out my hand to discover a large warm body beside me. It only takes me a moment to realize who it is.
I roll over as best I can with his arm wrapped tightly around my waist. Sure enough, I’m met with a perfectly sculpted face beneath short, dark blond hair. His eyes are closed and his breathing is even. He’s still asleep, even with my mother knocking on the door and calling out to me.
Rush sleeps like the dead. I discovered this little tidbit of information months ago. Short of smacking the shit out of him, there’s very little that will wake him up.
Still I try, shaking his shoulders and whispering his name. “Rush, you need to get up. Now.”
The urgency of my words alone should have roused him, but he doesn’t budge. Instead, he tightens his grip on me, drawing me closer as my heart continues to race.
The sharp grinding of metal against metal has my eyes darting towards the door. A lump forms in my throat as my mother jiggles the doorknob. So much for respecting my privacy.
“Why is this door locked? Freya?” She knocks again. “Open the door. We need to talk.”
Fuck. It’s the last thing I want to do, especially with Rush sleeping so peacefully beside me.
Memories of last night race through my mind. Graham’s assault. Sumner rushing into the library to save me and then Rush. I can still feel his hands and mouth on me, turning my fear and disgust into pleasure in an act that was pure bliss and forbidden desire.
Because that is what Rush is for me. Forbidden desire that I’ve been forced to stomp down every time I was near him.

Melissa Adams is from the UK but was born in Italy and grew up between the two countries. She’s now UK based and her day job is connected her other huge passion after writing and reading: flying. She lived in the US and got herself a super hot Yankee husband who followed her back to Europe.
Her obsessions: Yorkshire terriers and Norse gods!
She’s often heard saying that she never trusts people who don’t love animals.
Her passions have been reading and writing from an early age and her first adventure in writing was in journalism.
Melissa’s stories focus on the romance, on character development and on the sensual aspect of love. Summer romance is her absolute first love but every story she writes has a mystery twist because life is nothing but a mystery.

Imani L Hawkins is a writer of all things supernatural, paranormal, and urban fantasy. Growing up in New Mexico, the land of enchantment, she's always surrounded by beautiful scenery that inspires most of her tales.
Caring for her two children with the support of her loving husband, she's found the courage to write stories filled with intricate plot lines and characters she's sure anyone would be able to relate to.
A love of all things creative, she spends her free time playing the alto saxophone, making designer soaps, painting, playing around with digital design, and writing stories she hopes will inspire others.
FACEBOOK
FACEBOOK GROUP
INSTAGRAM
AMAZON
BOOKBUB
Posted by Give Me Books at 11:30 am