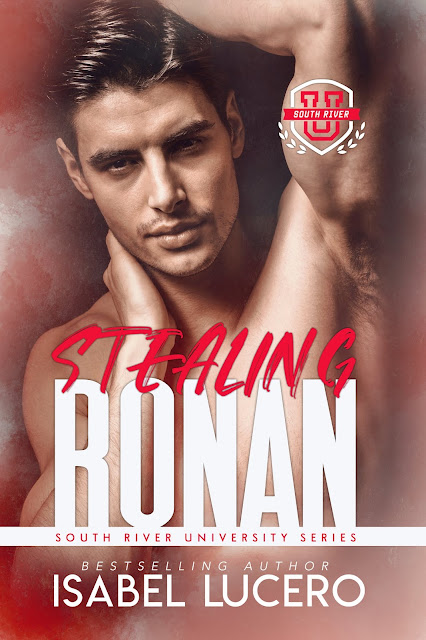 Stealing Ronan wasn’t the plan. I’d never imagined I’d steal a boyfriend from my sister, but when I saw him strutting to my couch with his perfect body, gorgeous face, and that mouth—God, that mouth, it was like he was plucked from my wettest dreams and brought into my life just for me.
Lusting after a straight guy who’s dating my sister is a problem in itself, but the bigger problem comes when he’s invited on a family trip with us for Christmas. Just as I thought I was doing a pretty good job ignoring his soft lips and curious gazes, we’re hit with a furious blizzard, leaving me and Ronan locked up together. Alone.
We’re only snowed in for two days, but things heat up quickly, because it turns out I’m not the only one with a fascination. 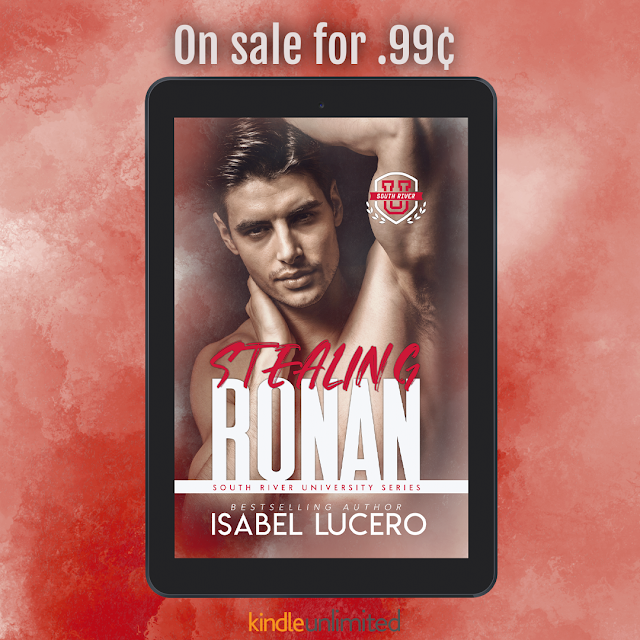 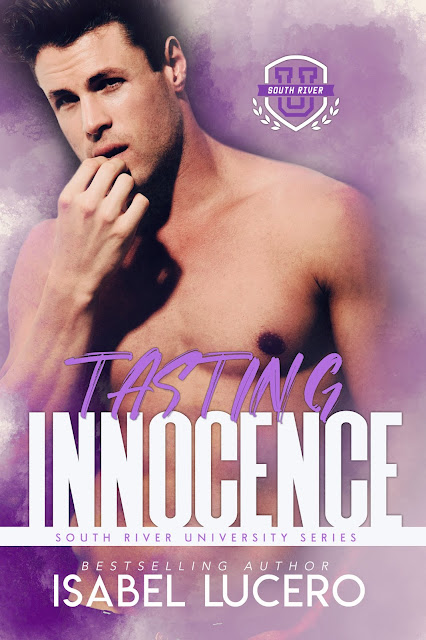 TASTING INNOCENCE
Falling for my best friend’s sister was something I never thought I’d do. Not only have I known Violet for almost her whole life, but Renzo was sure to give all his friends the don’t touch my sister speech as soon as she became a teenager.
After a drunken night when we were snowed in at a cabin, I may have been too flirtatious. I think I freaked her out, because she’s refused to talk about what happened since then. But after a weekend away with friends, me and Violet end up alone, and confessions are finally made.
She’s too good for me—sweet, pure, and innocent. I’m tainted with a reputation that does me no favors. Renzo knows I’ve never committed to anyone. He knows everything about me and the many women I’ve been with, and that’s why I know he’ll never be okay with me and his sister being together.
After a taste of Violet, I know I’ve finally found something worth fighting for, even if I have to fight my best friend.
ADD TO GOODREADS 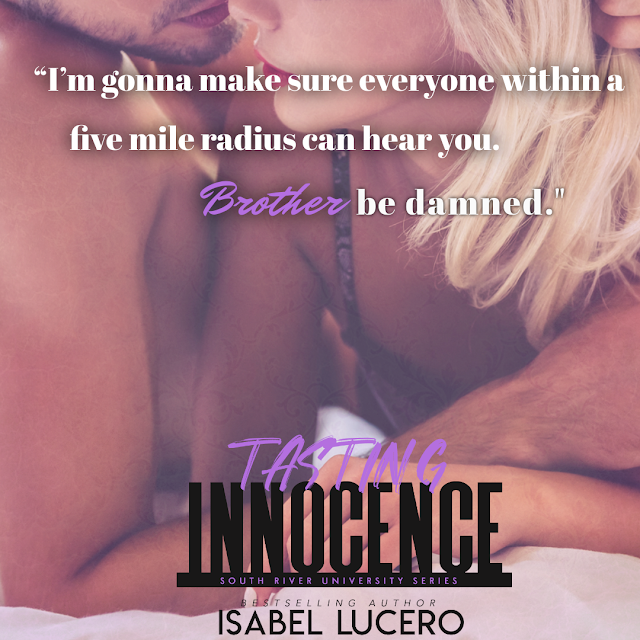 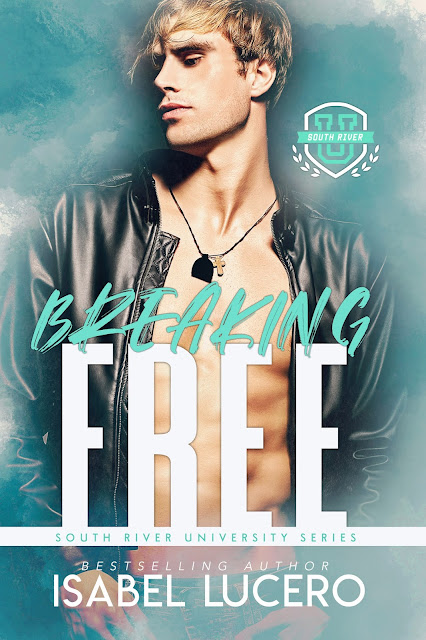 BREAKING FREE
At a party on a rival college campus, I drunkenly stumble into a bathroom just as a tall, muscular man steps out of the shower...naked.
Instead of fleeing, I stay put and end up having the hottest bathroom hookup with someone whose name I don’t know. Because I’m still in the closet, I don’t talk about what happened that night, glad that it was with a guy who doesn’t live in the same town. But come Monday morning, the naked man from the bathroom strolls into the locker room and locks eyes with me.
Dominic is new to campus and threatening my spot on the team, which makes me hate him. It’s too bad I loved everything he said and did to me the night we met, but I can’t let him get to me with his cocky smirks and filthy words. I have to focus on keeping my position and making sure nobody finds out about us.
He’s arrogant where I’m modest. I’m docile where he’s domineering. We’re complete opposites, so it could never work, but being with him makes me want to break free from the chains that have kept me in the closet, because he’s also the firm hand to my wavering confidence and I’m the moth drawn to his flame.
ADD TO GOODREADS 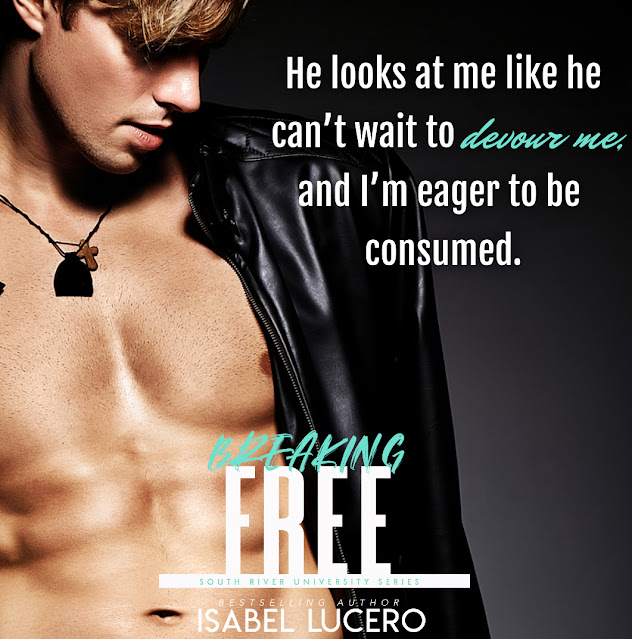 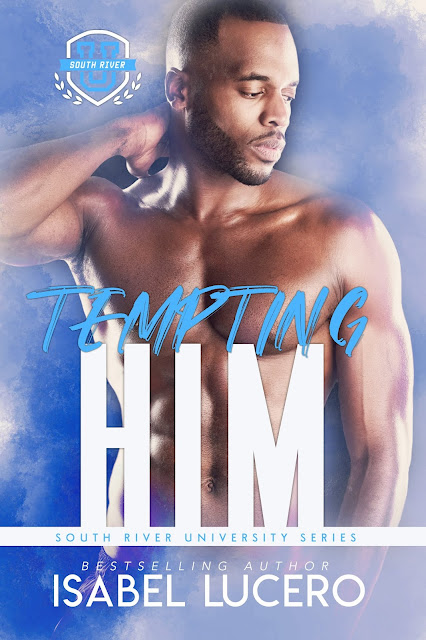 TEMPTING HIM
When my dad called to lecture me about how it’s time to settle down, quit partying, and get a job that will actually prepare me for life after college, I agreed. Mostly.
After spring break, I’ll buckle down and be ready to work, but until then, I’m getting my fill of fun. Which is why when I spot an attractive man sitting alone at a bar, I approach him with the hopes of being able to tempt him into a night full of pleasure. After all, being with an older guy is just about the only thing I haven’t done.
When I wake up in his bed with a note that makes it clear he doesn’t intend on seeing me again, I take it in stride. But when I show up to the job my dad set up for me, it turns out my new boss, Aleksander Drakos, is the guy who thought he’d be done with me after a one-night stand. On top of that, apparently he’s a friend of my dad’s.
Trying to remain professional is pointless. Working with him day after day is just too tempting to not have another taste.
ADD TO GOODREADS 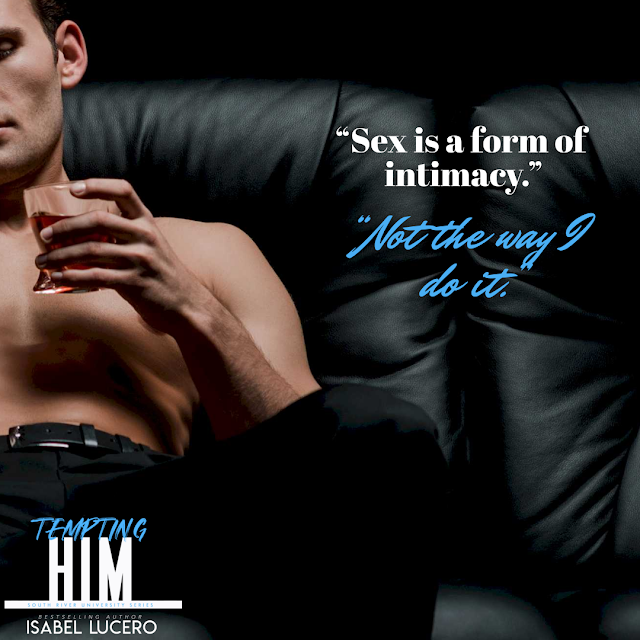 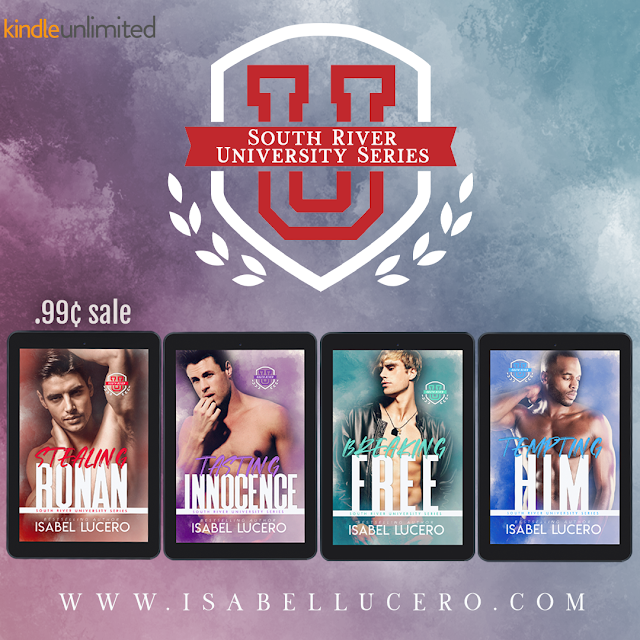 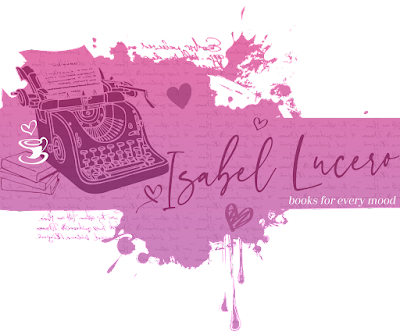 Isabel Lucero is a bestselling author, finding joy in giving readers books for every mood.
Born in a small town in New Mexico, Isabel was lucky enough to escape and travel the world thanks to her husband's career in the Air Force. Her and her husband have three kids and two dogs together, and currently reside in Delaware. When Isabel isn't on mommy duty or writing her next book, she can be found reading, or in the nearest Target buying things she doesn't need.
Isabel loves connecting with her readers and fans of books in general. You can find her at the following locations:
AUTHOR LINKS
INSTAGRAM
TWITTER
FACEBOOK
FACEBOOK GROUP
GOODREADS
BOOKBUB
AMAZON
WEBSITE
NEWSLETTER 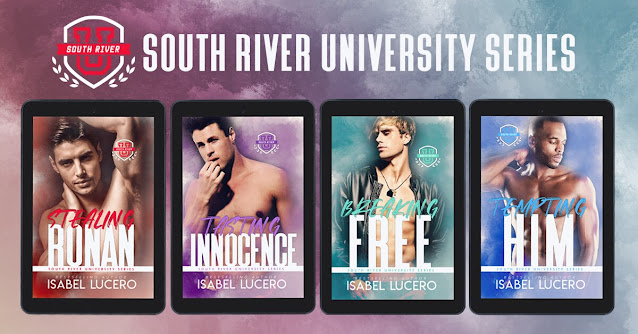