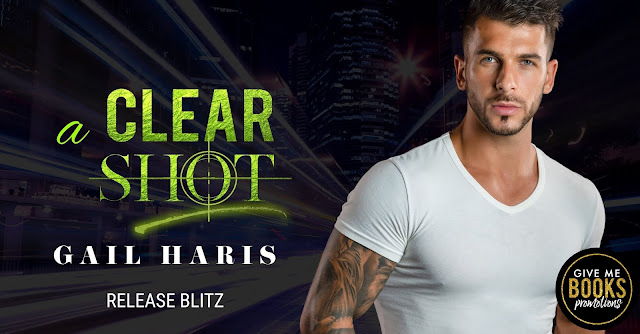 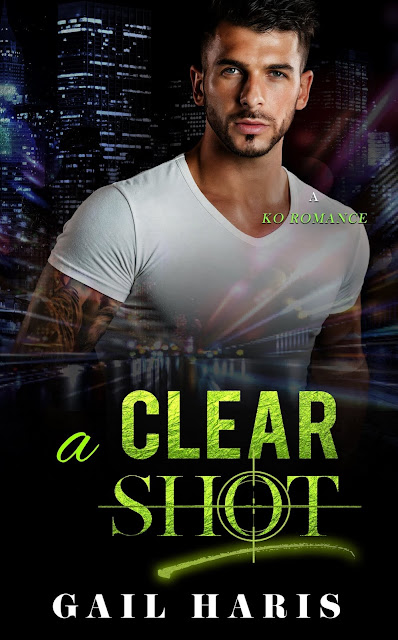 Britney
Vegas wedding. Greek mobsters. Somewhat emotionally detached and ruthless Mark Papas. Oh, what a night to remember. If only what happens in Vegas really did stay in Vegas. I wouldn’t be in the mess if I hadn’t let my jealousy get the best of me. I’m on a private jet going to help Mark deal with some family drama. Somehow, I don’t think his family drama is going to be quite the same as mine, like whose turn is it to host Thanksgiving dinner, and Mom should give me the family china.
One thing is becoming clear, my feelings for the enigmatic Mark Papas. But am I brave enough to take a shot with a man like him?
Mark
I should’ve known they’d find me. I left my family in Greece to try and escape them. My uncle is a vicious man—I mean, he killed my father. Now he expects me to forgive, forget, and return to fight for him. I always thought my mother would be safe, since she’s his baby sister, but I underestimated how badly he’d want my deadly skills. Unfortunately, Britney was with me when they approached. She’s the only other woman I care about besides my mother, which is why I’ve tried to avoid being in her presence at all costs. Somehow I know that the only way to keep her safe, and save my mother, is to end this once and for all with my uncle.
Retribution. Love. Death. I’ve got a clear shot, and I’m going to take it. 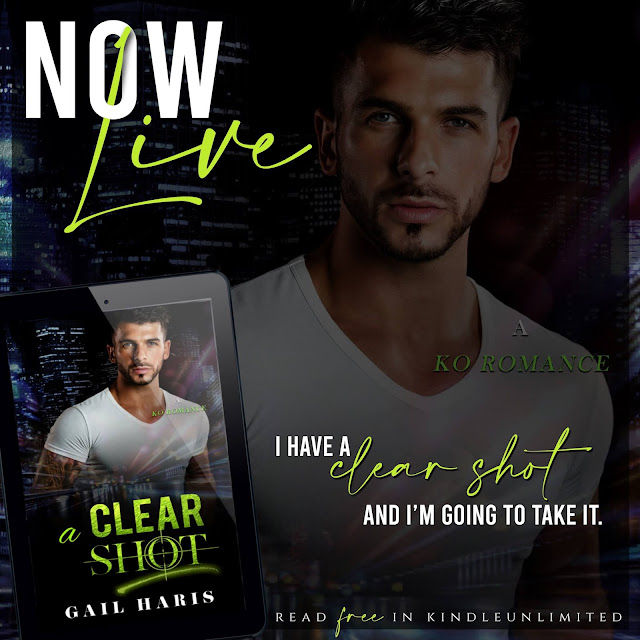 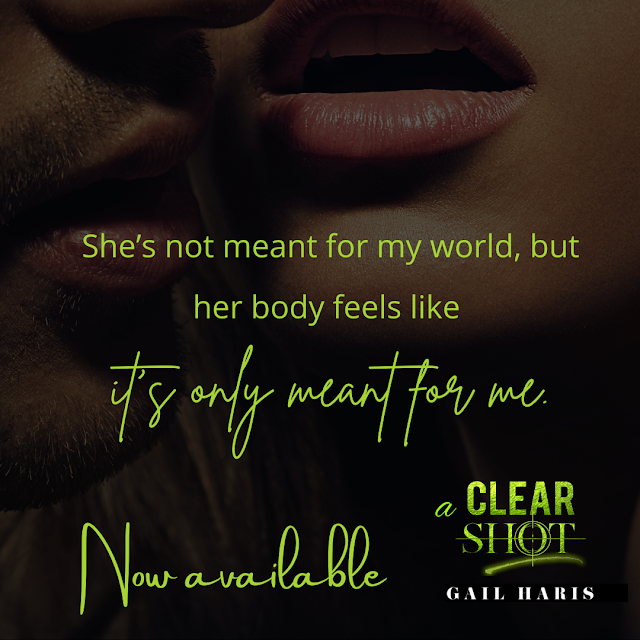 EXCERPT
I can’t even process what’s happening right now. I’m on a private plane to Greece to meet Mark’s family. His very dangerous family. What did I marry into?
She’s not meant for my world, but her body feels like it’s only meant for me. I’m sick enough to kill any man who touched her. The thought makes me violent with rage. It also makes me want to prove she’s mine.
“How’s this for communication? I’m going insane. Meanwhile, you’re perfectly content to use me as your plaything while here. Your thrill for a touch of the wild side, huh? Is that what I am? How about I show you what thērío you’ve awoken?” Beast. I am becoming a beast. Wild. Primal. And all I can do is look at her with hunger.
The sting comes unexpected. Britney’s eyes widen in horror as she grabs the hand that just slapped me and holds it close to her chest. I look down at my boots to try and control my breathing and emotions. I’m not angry that she slapped me. Far from it, actually…
I’d like for her to do it again. Only harder. My eyes make their way up Britney’s deliciously curved body. They land on her doe eyes. Big mistake. For the first time, she looks a little afraid, but there’s also a wild hunger. Without another thought, I slam her body against the wall with mine. My nose is against hers as I growl, “Slap. Me. Again.”
“Keep your eyes open. Look in the mirror and watch me.” I flick the delicate little bundle of nerves with my tongue as I keep her pinned against the elevator walls. “Hhmmm,” I moan. “I’m f*****g starved for this.” I suck her between my lips and then release with a pop. “You’ve been making me lose my damn mind. Now, I’m going to tongue f**k you so hard you won’t even know where you are. You’ll only be aware of two things for the rest of the night…me and that your p***y is at my mercy.”
I force her legs open wide and shove my face between her thighs. She screams out as I make good on my promise.
I’m grateful to already be lying down. There’s no way I’d trust my knees right now. My broody Mark is quite the romantic underneath all that homicidal exterior.
“Ómorfi,” he whispers.
“What’s that mean? And last night, what were you saying?”
“Beautiful. Ómorfi means beautiful. Last night…” He pauses to wet his lips. “I told you that I wanted to live in your heart. Make home there. Share all my nights with you. I knew you were the one from the moment I looked into your brown eyes in the dark basement of K.O. You found me and brought me to the surface. Your kindness is a light in all my darkness.” 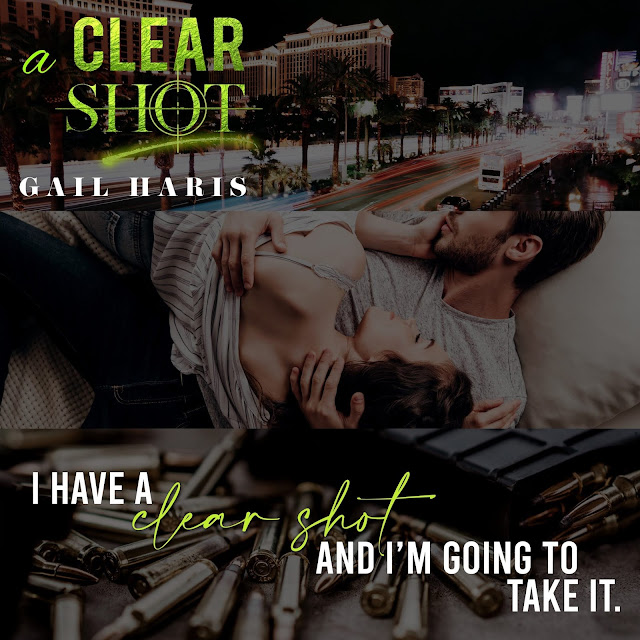 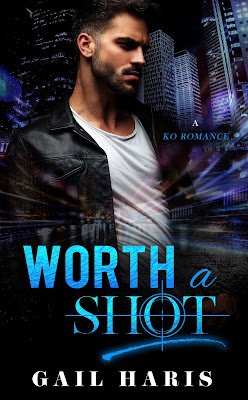 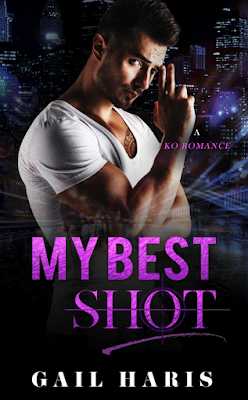 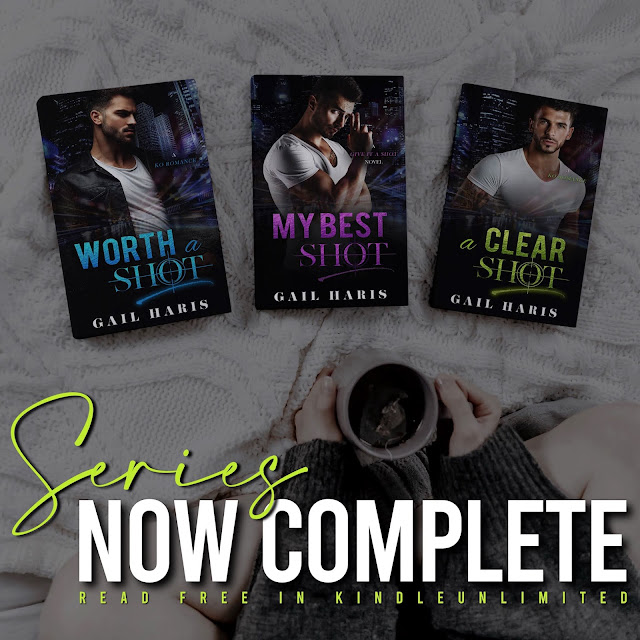 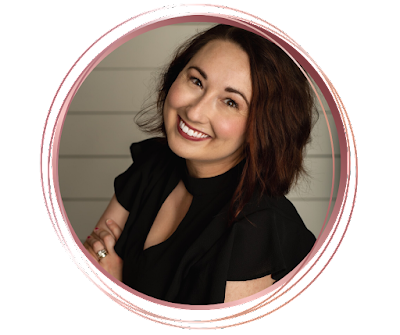 She was born and raised in a small town in Southeast Missouri. After graduating with a degree in Mass Communications, Gail married her high school sweetheart and moved back to her hometown.
She’s been on many adventures traveling across America and Europe. But her favorite adventures are the ones where she gets lost in a book.
Her love for reading and traveling led her to attend book conventions. Those conventions gave her the encouragement she needed to combine her passion for creativity and storytelling. Using coffee and her imagination, she loves writing contemporary romances that blend laughter and true love out of every day chaos. She writes in a variety of genres including, romantic comedy, romantic suspense, and new adult/ coming of age romance.
She debuted her first novel Worth a Shot, a steamy romantic comedy with a twist of suspense, in January 2020. Gail has hit the ground running and writing since. In her first year as a published author, she also released a new adult romantic suspense series – The Randalls, a three book series that follows the struggles of the Randall siblings. She also joined other author worlds such as: Corinne Michaels’ Salvation Society, K. Bromberg’s Every Day Heroes, and Vi Keeland and Penelope Ward’s Cocky Hero Club.
When Gail isn’t day dreaming in front of her computer, she’s busy raising her two daughters with her husband, who has the patience of a saint. She loves traveling with her family, binge watching television series with her husband, singing Disney songs with her daughters, and having huge family and friends get-togethers that involve lots of food and usually a cake.
She hopes by following her own dream of becoming an author, she can set an example to her daughters that dreams can become a reality. Maybe she can encourage you, too.
Never stop believing in love, dreams, and yourself. And coffee…don’t give up on coffee and books. 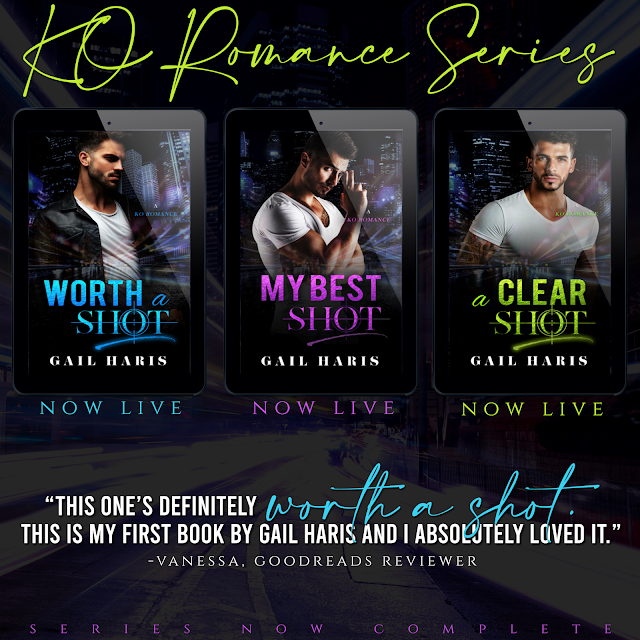