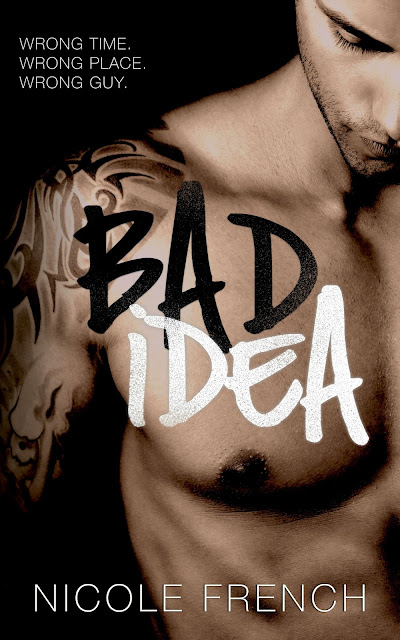 
From the second she saw him, Layla Barros knew Nico Soltero was all wrong. Wrong age. Wrong education. Wrong job. Wrong everything. She had a hard enough time convincing her parents that New York really is the right place for their nineteen-year-old daughter without telling them she's got a thing for the FedEx guy at her new part-time job. Too bad the second she saw him, Layla Barros no longer cared about right and wrong.

Raised with three siblings in Hell's Kitchen by a single-mom, half Puerto-Rican, half Italian Nico Soltero is a quintessential New York mutt who's always had to shoulder the burdens of his family. Burdens which have cost him almost all of his dreams, like going to college or becoming an FDNY firefighter. Now, at twenty-six, he's finally getting the chance to leave the place that's always felt more like a dead weight than the center of the universe. Too bad the city of his birth has one last hard knock to deal: the girl of his dreams, sitting right in the middle of his delivery route, three months before his plane is supposed to take off.

As Layla and Nico find out, love isn't always convenient, and it never happens how they planned. The choices that Nico and Layla make now will affect their lives forever. Will they make them together or apart? 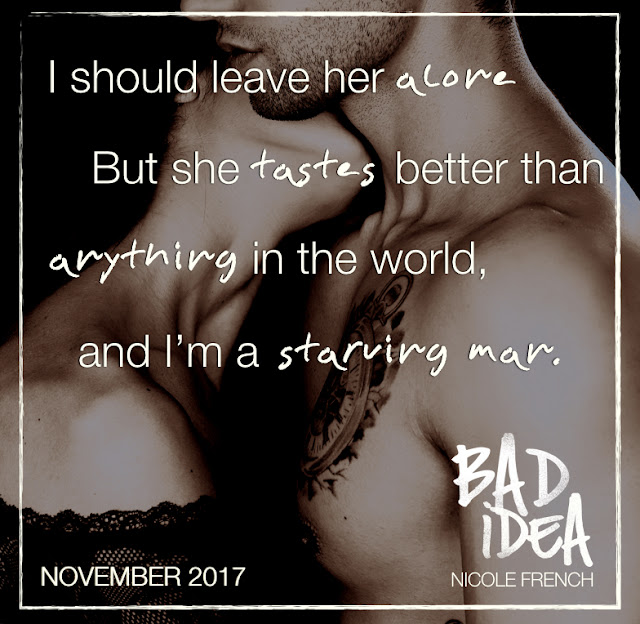 Would it be weird if I just kissed her? Yeah, it would be weird. But all of sudden, that's all I can think about doing after this shitty, shitty day.
She gives me a little scowl as she wipes water off her chin, but I can tell she's glad I'm here. She knows it, and I know it. The excitement is written all over both our faces.
“Look what you made me do,” she says in a tone that's more teasing than mad. “A menace, that’s what you are.”
“Aw, I’m sorry, sweetie. You need some help?”
I don't even wait for her to say yes. I just want to be near her, that's all. Nothing inappropriate. Nothing "improper." Today, I just need to be next to this girl who fucking lights up whenever she see me.
So I drop the dolly and walk around the desk so I'm squatting next to her. I grab another napkin off the desktop, and she stares, mouth slightly open, as I dab at the water drops on her collarbone. There's barely anything, really.
And what a total sham. Nothing improper? This is the definition of improper. But I can't stop dabbing, can't stop pressing the napkin over her dewy skin, wishing to God that it was my fingers or my mouth instead.
The donut-shaped desk encircles us, forces us close together, and now that I'm near enough to smell her, I realize this was a really bad idea. She smells like coconuts and flowers, some exotic mix that goes straight to my head and other parts lower down.
I'm not much for fancy shit. I shower at night after I've been out all day, and I slap on whatever deodorant I bought on sale last time I was at the drugstore. All of a sudden, I glance down, conscious of the way Layla's nipples have hardened through her thin black sweater, conscious of the way my pants are suddenly very tight. She inhales sharply, and I'm extremely aware of the fact that I have been heaving boxes around this city all damn day.
Fuck, I think. She must think I absolutely reek.
Quickly, I stand up and shuffle to the other side of the desk to start unloading and scanning packages. This day. This god damn day. If I just ruined my chances with this girl, I'm going to break my own arm off.
And that's when I realize I actually want a chance with NYU. Layla. I want to go on a date with her. I want to take her out to dinner and hold her hand while we walk around the city. I want to know what kinds of sounds she makes when I kiss her, or maybe even when I do other things to her too.
Fuck. The timing seriously could not be worse. No. I can't do this right now.
“So, Nico,” she says, pulling me out of my hurricane of doubt. “Got big plans this weekend?”
She's hopeful, all big blue eyes as she leans over on the desk. I exhale. No, I really can't do this with her. So even though I'm dying to make her laugh again, I just shrug and set one of the packages down with a thump.
“Not really," I say. "Working at AJ’s, you know. Take it easy on Sunday, maybe go see some art or something.”
“You like art? Really?”
I look up, no longer needing to pretend I'm annoyed with her. These rich girls––all the goddamn same. They only see the uniform, the scuffed shoes, the brown skin. They see me and think the only thing I'm good for is watching sports and drinking beer. Don't get me wrong, I like sports and I like beer. But can't I have other interests too?
“I could like art,” I say casually as I scan another package. “Why does that surprise you? You think the FedEx means Philistine?”
Her rosebud mouth drops open, and I can't quite hide my smirk. That's right, baby. I can use big words too. 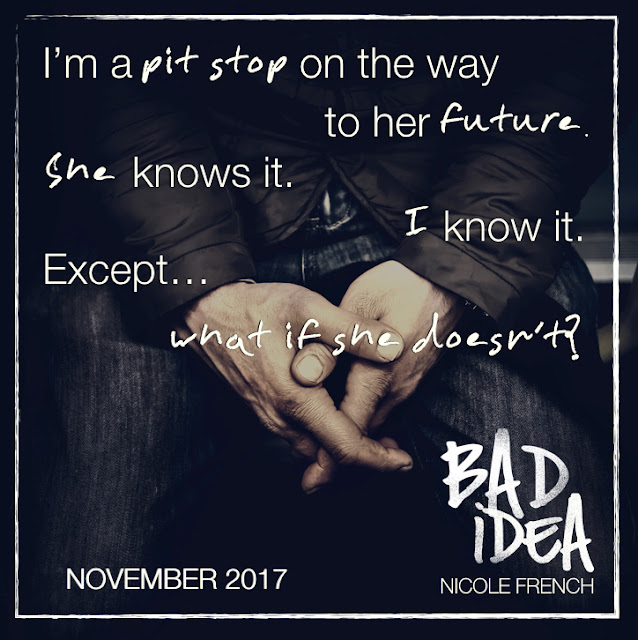 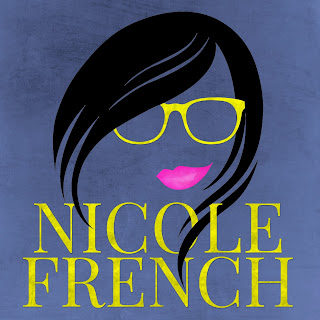 Nicole French is an East Coast/West Coast hybrid creature, Springsteen fanatic, hopeless romantic, and complete and total bookworm. When not writing or teaching about writing, she is hanging out with her family, playing soccer with the rest of the thirty-plus crowd in Seattle, or going on dates with her husband. In her spare time, she likes to go running with her dog, Greta, or practice the piano, but never seems to do either one of these things as much as she should. 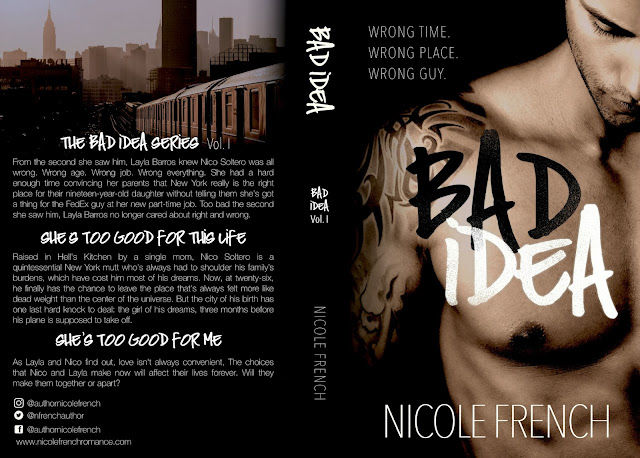