Cover Reveal - Tempt Me With Forever by Maria Luis 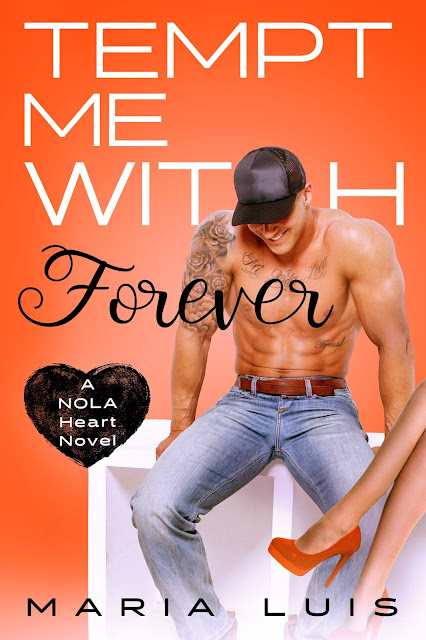 That’s what Beauty Influencer Lizzie Danvers tells her YouTube subscribers after getting dumped on Instagram. Lizzie may have the devil’s luck in choosing men, but she’s determined to prove that the age-old “once a playboy, always a playboy” theory is bulletproof. All she needs is thirty days and one sexy commitment phobe to do it...

By day, Gage Harvey helps his twin at Inked on Bourbon, tattooing butterflies onto every female under the age of thirty. By night, he works for New Orleans’ Special Operatives Division, fulfilling a family legacy to protect his city. Relationships aren’t on his radar--until the hot-as-hell woman on his tattoo table glances up at him, a butterfly half-inked on her ass, and propositions him.

Gage should say no--nothing good ever comes from entertaining crazy women. But for the sake of playboys everywhere, he’ll take one for the team, and prove to Miss Lizzie Danvers that bad boys are the only men who will tempt you with forever. 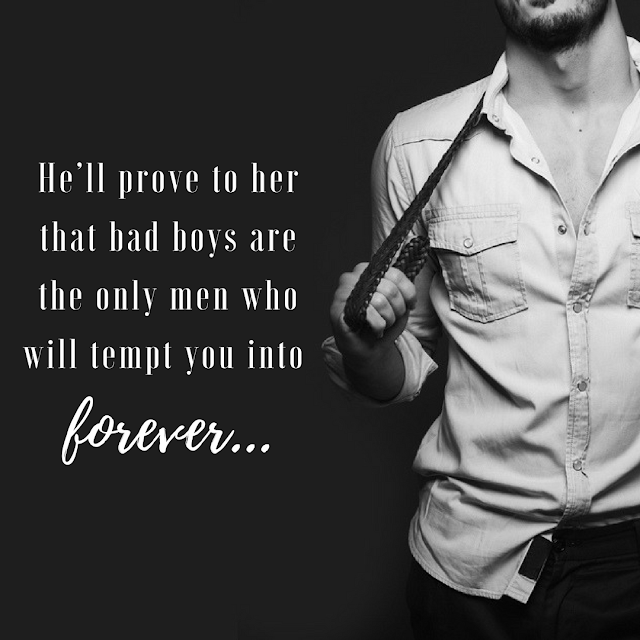 He catalogued the back of her in a heartbeat.

Slim calves, trim ankles, and a pair of fuck-me black heels that could do double-duty as a weapon if she was so inclined.

“You here for the butterfly?”

At the sound of his gruff question, she turned around and Gage felt his gut clench with unexpected lust. Owen hadn’t had the right of it; this woman wasn’t cute, she was gorgeous. The sort of breathtaking that had you questioning your sanity. The sort of breathtaking that made you wonder what the hell you could say to get her into your bed, her slim legs wrapped around your waist, and her breath hot and fast against your neck.

Blue eyes lit with nervous anticipation as she rubbed her hands together. The motion jiggled her bracelets. And, if her shirt weren’t so loose, he’d have had the opportunity to see if all that rubbing and jiggling affected her breasts too.

“I am,” she said with a bright smile. Straight white teeth; lips painted the color of a ripe plum. He wanted to see the color mussed, kissed into nonexistence, and discover the true shade of her lips.

Swallowing his lust, Gage motioned for her to step up to the vintage bar. “Let’s get your paperwork settled.” He pulled one of the already prepared clipboards from the pile, and then slid it over to the woman, a pen on the side. “This your first tattoo?”

She slipped her purse from her shoulder, dropping her head to rifle through the contents. “It is,” she said, placing a gold wallet on the bar. “I’m turning over a new leaf. Doing something new with my life, and I figured that a butterfly is—”

Her stunning blue eyes leapt to his face. “Yes!” she exclaimed, either ignoring his wry tone or oblivious to it. “That’s it exactly. I mean, I know I could have gone with something a little more original, but—” She crooked her finger at him, and he fell for it, leaning in close as she mock-whispered, “I’m deathly afraid of needles. Silly, isn’t it?”

The cop side of his brain wanted to tell her that her aversion to needles was a good thing. In the last fourteen years that he’d been on the force, he’d witnessed way too many heroin overdoses to count.

But this woman . . . Gage inched his gaze down toward those plum-colored lips of hers. Yeah, women like her weren’t in that world; they didn’t exist in the underbelly of his beloved hometown. And so he only smirked and said, “You’ve still got time to rethink this. Once we start, trust me when I say you’ll only look ridiculous if we stop midway through.”

She cocked her head to the side, surveying him with a single look. “Good thing I’m getting it done on my butt, then, right? No one will know if I cry mercy. No one but me and . . . you.”

Gage laughed, loudly. “Want me to offer you a strip of leather to bite down on?”

Her eyes narrowed. “Does that cost extra?”

“I’ll make it free just for you.” He tapped his hip, drawing her gaze down to his worn Levi’s. “Leather belt meet to your satisfaction, Princess?”

All books free in Kindle Unlimited 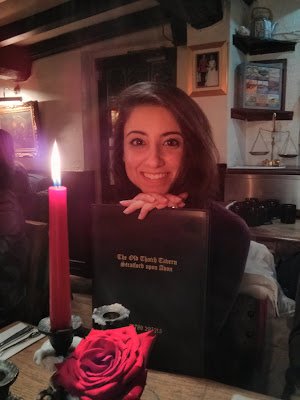 Maria Luis is the author of sexy contemporary romances, though she may or may not have a few historical romances hiding in the cobwebs of her computer.

When she's not writing about strong men and the sassy women who sweep them off their feet, Maria is a historian who specializes in medieval England and 19th century New Orleans. What do the two eras have in common, you ask? Not much, except for disease, scandalous activities and crime--Maria's favorite topics.

Maria lives in New Orleans with her better half, where she can generally be found hiking with her two dogs, Zeus and Athena, kayaking in Louisiana's inter-coastal waterways, or curled up on the couch with a good book.