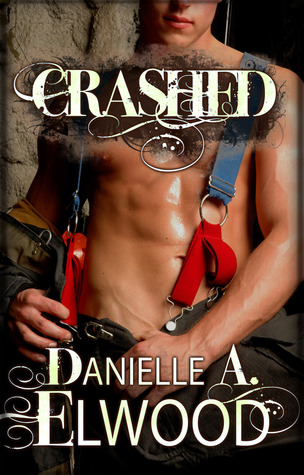 Emily Taylor is a twenty-six year old event planner who has made a career out of dating; with the majority of it ending up as a complete nightmare. She is driven, motivated, and rising to the top in her career…but not in her love life. However, a random car accident will change her life forever.

Avery Martin is a country boy stuck in the city working his dream job of being a fire fighter. Over the years he has given up a lot, including dating, to focus on his career. Responding to a car accident one day he becomes overly involved with the woman he is rescuing.

Will these two find love, or will amnesia cost them the future they might have had? 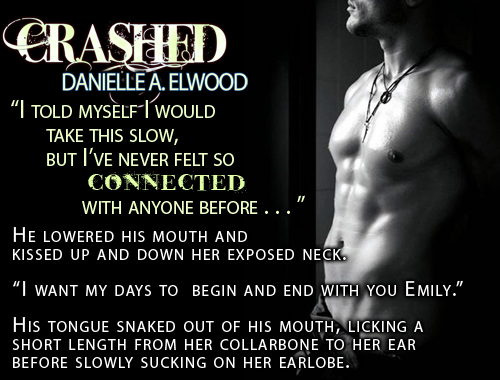 Danielle A. Elwood is a blogger by trade who started writing her first romance novel Take Me Out as a hobby in 2012. She is a avid romance novel lover herself,  which inspired her to take the leap into writing her own. Recently releasing Crashed. She was born and raised in Connecticut and relocated to Florida in April of 2013.

Danielle is a mother of three – Camden (5), Benjamin (4), and Addison(2) and has written for various popular publications such as Disney owned Babble.com, as well as the Online Woman’s Magazine The Broad Side where she is also the managing editor, and her own website Danielle Elwood Dot Com, which is a parenting based Mom blog.

Some of the authors who inspired Danielle to take her chance at writing include: 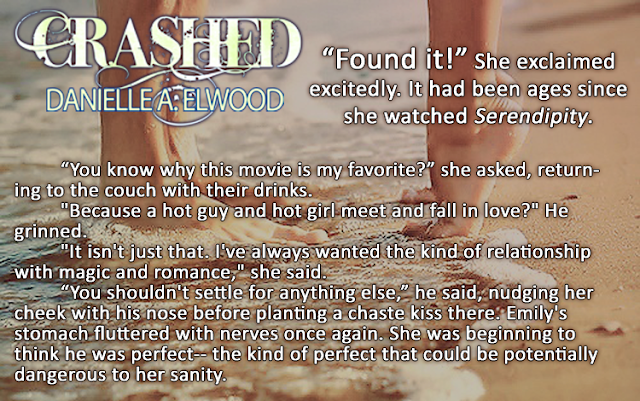 Crashed is the story of Emily and Avery.........
Emily Taylor is unfortunately involved in a car accident at the beginning of the book, but this actually paves the way for the rest of the story. Emily is pulled from the wreckage by Avery Martin, a hot fire fighter who is immediately taken with the beautiful lady trapped in her car.
A relationship between Emily and Avery then develops very quickly. Throughout the book many hurdles are thrown their way but they seem to overcome it all for their HEA.
This was a sweet, quick read but in saying that, the story bounced along a little too quickly for me. I felt the characters needed to be developed more before they met and the relationship would then develop gradually, instead it moved at an unbelievable speed.
Overall Crashed was an enjoyable read and the storyline was a great one, just a little too fast paced for me.
- Review by Kylie