Blog Tour - Give Me Strength by Kate McCarthy 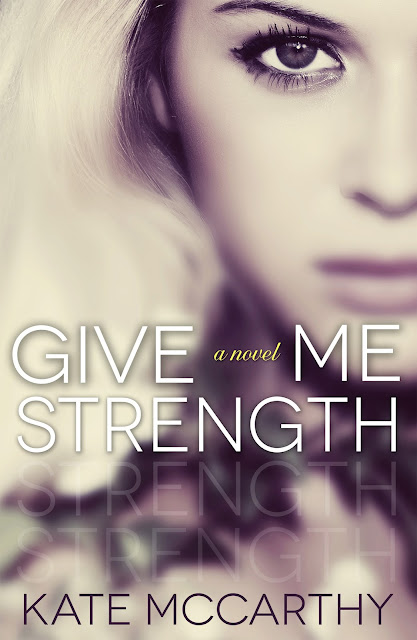 Quinn Salisbury doesn't think she's cut out for this whole living thing. Even as a young girl she struggled. Just when she thinks she's found a way to leave her violent past behind her, the only thing that's kept her going is ripped away, leaving her damaged and heartbroken.
Four years later, she is slowly rebuilding her life and lands a job as an assistant band manager to Jamieson, the hot new Australian act climbing their way to the top of the charts. There she meets Travis Valentine, the charismatic older brother of her boss, Mac.
From his commanding charm to his confidence and passion, Travis is everything Quinn believes is too good for her, and despite her apprehension, she finds their attraction undeniable and intense.
When her past resurfaces, it complicates their relationship. Instead of reaching out for help, Quinn pushes Travis away, until a staggering secret is revealed that leaves her fighting for her very life.
Torn between running and opening her heart to the man determined to have her, can Quinn find the strength within herself to fight for her future?
Add to Goodreads


I stumbled across Give Me Love well after it was released and found it hard to believe that this was Kate’s debut novel. I devoured it in one sitting, I just couldn’t put it down.

I loved the interesting mix of a rock band and hot badass security consultants . This book really had it all – amazing friendships, steamy romance and suspense too.

The progression from friendship to lovers for Evie and Jared wasn’t an easy one but was filled with humour, angst and lots of love.

I loved every single character in Give Me Love. They were all so unique and the banter between this amazing group of friends had me laughing out loud many times. I wanted to know more about each one and am eagerly awaiting all of their stories in future ‘Give Me’ books. This is one of those series that you just want to go on forever.

The only disappointing thing about this book was the fact I had to wait to read to read the next one!!!!!

When I read the blurb about this book, I was thrilled. It seemed to have everything I love in a rockstar romance, with a few added elements...tons of hot alpha male types, suspense, a very loyal/nosy BFF (who happens to be main hot alpha male Jared's little sister) and extreme laugh-out-loud humor. These parts certainly didn't disappoint and I was in stitches a lot of the time.

"Jesus, someone get this man a medal because he just answered his own question."

Evie is a 'Rock Goddess' on the cusp of making it big with her band and doesn't have time for a romantic relationship, nor does she want one. Love has gotten her almost killed on more than one occasion in the past and she'd rather not take her chances. She decides it's best to date the 'dorky' types so there's no chance she'll fall in love.

Jared is the brother of Evie's college roommate (and insta-BFF) Mac. Jared is everything she has vowed to stay away from wrapped up in one sex-oozing, swoony package. They form a friendship thru texting that lasts a few years but when Evie and her band need to relocate to a bigger city, she is essentially thrown into the path of Jared and his dangerous lifestyle. Soon, Evie becomes the target of a very dangerous criminal that Jared has pissed off.

Evie is a very likeable, relatable character. She's strong, witty and down right sassy. I easily connected with her and found her banter and inner dialogue funny. Jared is so easily loveable from the start. He quickly had me melting...

"You know what you have to do Evie. Just be with me.

Then just as quickly had me steaming :)

"Come here, I want to do dirty things to you."

It's obvious that Jared is madly in love with Evie. It takes Evie a while to realize she feels the same about Jared, but her reluctence about love is cause for several breakdowns in their relationship. It's apparent that Jared has been put through the relationship ringer himself so at times he is quick to jump to conclusions about Evie's actions, further confusing the situation.

Now for the parts that left me slightly confused. There were so many characters introduced in this book and many were refered to by nicknames so I had a really hard time keeping the minor players straight. I found myself either having to scan back several pages or chapters to remember who was who or just skip those parts all together.

Overall, I really did enjoy this book and am ready to dive into the ARC of Give Me Strength.

#2 Give Me Strength
I honestly didn’t think this series could get any better but Give Me Strength proved me wrong!!! This was definitely funnier, steamier and more action packed than the first book.


Quinn and Travis’ story was so raw and emotional at times but there were still plenty of laughs to be had. It was great to see the gang back in fine form with all of their crazy antics.


I have to admit Romantic Suspense is one of my favourite genres and Kate always seems to incorporate just the right mix of both romance and suspense in her books. She has a real knack of keeping you on the edge of your seat and throwing in twists and turns when you least expect them.


The next instalment of ‘Give Me’ will be the one and only, hotter than hot, badass Casey. ‘Give Me Grace’ is expected in January 2014.

This is book two in the "Give Me" series. Both can be read as a standalone, although I recommend reading book one first, as that's where most of the characters get introduced.

I enjoyed "Give Me Love" (book one) and was excited to start "Give Me Strength". The promise of playful banter, humor and abundance of alpha-male perfection was a given, along with some suspenseful twists. And it didn't steer me wrong.

Growing up with a mother unwilling to give love and protection; to a step-father repeatedly beating and blaming her for all of his problems, young Quinn learns early that simply living is not all it's cracked up to be. Barely surviving her childhood, Quinn is reluctant to rebuild her life. Everything that was precious to her was tragically and brutally stolen, leaving her to pick up the empty pieces.

"When I was young I used to think I deserved it. The suffering. The pain..."

As she starts to crawl out of her 'socially inept' hole, she is thrown headfirst into Travis, aka 'Holy fuck me gorgeous guy'. Protective seems like an understatement when Travis and Quinn become involved.

Landing a job with rising band, Jamieson, she reluctantly becomes a new member of an already established 'family' consisting of the band members, their manager and security team, which Travis is a part of. Quinn's life soon starts to spiral out of control when her brutal past starts catching up with her. And Travis has a few secrets of his own. When all of this comes to light, decisions need to be made and hard lessons will be learned.

Many parts of this book had me laughing:

"Thanks very much for making it known that I took a paddle through the skank pool last night."

Others had me in a melted puddle of goo:

"Quinn...I watched you. From the moment you walked in that bar, I saw you. Amongst all the shallow and the fake, you looked like spring, and then you got close and I was right..."

And some had me kind of nervous:

"For the first time he was giving up. I could feel it. The ties that somehow bound us together right from the beginning were being sliced in two. But he couldn't give up. I needed him to not give up on me."

Quinn was a very broken, sad girl. She had been through hell and back many times and was still existing...a huge feat for someone with her heartbreaking childhood. But she wasn't a whiner or complainer...which is what I really liked about her. Travis and his protective nature caught me from the start. Who doesn't love a man willing to fight for you, even when you feel you're not worth it. I loved the chemistry between these two.

A few things that left me with some questions: at times I found myself a bit confused with the timeline of the story, as part of it coincides with book one. And, as I mentioned in my review of book one, there were so many characters introduced that I had trouble keeping them straight and kept having to refer back to remember who was who...I had to do the same thing with this book. But these things didn't keep me from enjoying the book/books as a whole.

Would I recommend this series to friends? Definitely. Would I read the next book in this series? Absolutely!
~ Review by Molly 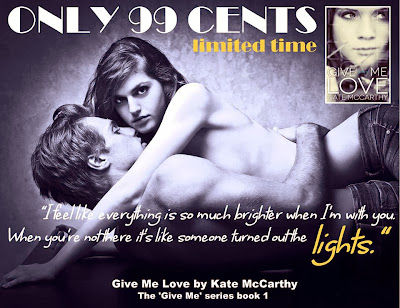