The Breathing Series by Rebecca Donovan 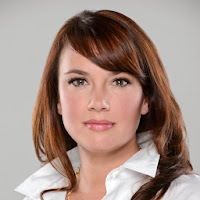 Optimism seeps from every pore of my body. I truly believe that what's supposed to happen... will! In that regard, I don't know how to give up; it's not part of my biological make up.

I'm a passionate (and some would say, overly enthusiastic) person. I learn by doing (and have been burned more times that I'd like to admit), but I will always throw my entire self into whatever I do - fail or succeed.

I think this is evident when I write, leaving nothing behind and spilling it all out on the pages. I give it all to my readers - love it or hate it.

The path I'm on is very often my own, veering off the beaten path at the sight of something more interesting or captivating, getting caught in the vines and thorns in order to experience the beauty and intrigue others often pass by. And I always meet the most interesting people along the way...

"No one tried to get involved with me, and I kept to myself. This was the place where everything was supposed to be safe and easy. How could Evan Mathews unravel my constant universe in just one day?"

In the affluent town of Weslyn, Connecticut, where most people worry about what to be seen in and who to be seen with, Emma Thomas would rather not be seen at all. She’s more concerned with feigning perfection while pulling down her sleeves to conceal the bruises - not wanting anyone to know how far from perfect her life truly is. Without expecting it, she finds love. It challenges her to recognize her own worth - but at the risk of revealing the terrible secret she’s desperate to hide.

Reason to Breathe is an electrifying page turner from start to finish, a unique tale of life-changing love, unspeakable cruelty, and one girl’s fragile grasp of hope.

This is my second time reading the Breathing series so I knew what the content was, what the characters experienced, and how the story concluded. I thought I would be able to control my emotions and just calmly reread the book, you know, refresh my memory on a couple of details. Yeah, I thought wrong.

The book (all of them actually) deals with very dark subject matter, and I think even the hardest of hearts will feel the pain, the anguish, the hopelessness, the love, the intensity that radiates from this heartbreaking story.

Emma is a broken individual. Deeply insecure and emotionally scarred, she struggles to live. No, to survive. The brutal treatment she receives from her aunt is just so…so excruciatingly painful to read about. I’ll be honest, it fucked with my mind. I didn’t feel the blows physically, but my heart…resonated with grief and sorrow. Emma never did anything wrong. She was the perfect student, perfect teammate, perfect niece. She is rewarded with a life full of nothing but tragedy and despair. Until Evan’s arrival draws her out of her shell.

“This was not how my days were supposed to go. No one tried to get involved with me, and I kept to myself. This was the place where everything was supposed to be safe and easy. How could Evan Mathews unravel my constant universe in just one day?”


In a world filled with darkness, Evan was her beacon of light. He understood her like no one else did, and slowly gave her a reason to breathe, though Emma struggled to accept her feelings for him.

“We were engaged in a very intricate dance of touching without touching, knowing without saying, and feeling without expressing. We were friends walking along a ledge, a very thin ledge – and I was too caught up in my heightened awareness of his existence to realize how close the ledge was to crumbing beneath my feet.”

I longed for the happy moments in this book, even though I knew things would get worse before it got better. I also knew that there was a massive cliffhanger at the end. As I got closer and closer to that 100% mark, I could feel all the tension and dread building up in my throat and when it arrived, I was smacked with a heartache and a fury so strong I thought I would explode from. All these emotions snuck up on me, and I had difficulty breathing from the impact. Even though I knew what was coming, I was still hit by that wave of despair. All I can say is that after finishing the last page, I immediately jumped into the next one to soothe my bleeding heart.

Emma’s struggle with an abusive home life came to a heart pounding conclusion in the final chapters of Reason to Breathe. Now everyone in Weslyn knows Emma’s secret, but Carol can’t hurt Emma anymore. Some are still haunted by the horror of that night, and some must face the repercussions of their choices. Fans of Rebecca Donovan’s debut novel will discover there’s still much to learn about Emma’s life.

So after that brutal cliffhanger in book 1 I stopped everything I was doing and jumped into book 2 like it was the end of the world. I knew this would be one heck of a rollercoaster ride and boy, was I right!

The story starts off six months after the events of book 1. While Emma’s physical wounds have healed properly, the emotional damage left a permanent mark on her soul. In the spur of a moment, she makes the effort to reconnect with her mother, Rachel, and moves in with her, creating many problems. An added complication appears in the form of Rachel’s much younger boyfriend Jonathan. All of this, coupled with Emma and Evan’s complex relationship, was more than enough to drive me over the edge. I cried, I sobbed, I screamed, I pulled my hair out, and I almost smashed my iPad into pieces.

I honestly don’t even know what to say now because I’m just a blubbering mess. I’ll just do a quick breakdown of the three characters who stole the show.

Emma: Still emotionally scarred, terrified to reveal her dark thoughts to Evan and so starts to rely on Jonathan. They’ve both experienced unspeakable cruelty at the hands of loved ones, and build up a connection on that basis. She’s confused about everything in her life, but one thing is for sure: she loves Evan deeply. He’s the only one for her.

Evan: the most thoughtful, sweetest, and protective boyfriend ever!! It was hard at times to see his pain over the choices Emma made, and he tries so hard to do the right thing. I hated reading about his suffering because it multiplied my agony by infinity.

Jonathan: I’m probably in the minority, but I really connected with his character. His past is not only painful, it’s dark, gritty, and raw, and it’s like a Kristen Ashley character dropped into this book. To be honest, my feelings for him were conflicted. On one hand, I despised him for the threat he presented to Emma and Evan, but…I could really see how deeply wounded he was, burned from old love and scarred by his horrific past, and I wanted him to find his HEA so badly.

By far, this book’s ending was epic and jaw-dropping. I wouldn’t call it a cliffhanger, but it definitely leaves room for interpretation. That last line…it gave me shivers. Anticipatory shivers. Rebecca Donovan goes big with her endings and boy, do they pack a punch! After finishing this second book, there was nothing that could stop me from moving on to the third!! Definitely my favorite out of the trilogy!

Emma leaves Weslyn and everyone in it behind to attend Stanford University, just as she always intended. A shell of her former self, she is not the same girl. She is broken, and the only way that she’ll be whole again is through forgiveness. Emma must find a way to forgive herself and recognize her own worth before she can receive the love she deserves. This final installment will have readers holding their breath until the very last page.

I took a 24-hour breather before starting this third and final book in the Breathing series. This is me:

Reading this for the second time really gave me a whole new perspective on Emma in this book. She is completely alone (she has her friends but…): Sarah is abroad, Evan is, well, not with her, and her mother is gone. She is on a self-destructive path, doing bold things she never would have done before. Engaging in one-night stands, using Cole to cope with her past, and becoming an adrenaline junkie. *Sigh* All of it caught up to me and at 4 in the morning, it’s not a good thing to feel crushed.

Emma is such a unique and complex character, and to be honest, I did not like her at first. But now, I feel like she went through enough for me to understand why she did certain things; her journey was so real. You don’t expect instant gratification or a happy reunion for Emma and Evan after the last two books, and Rebecca Donovan expertly walks you through the final leg of their story. In order to move on, Evan needs closure and Emma needs forgiveness. This book was them reliving their past and facing it head-on, fighting to get to the surface rather than suppressing themselves.

For me, the ending of the book was bittersweet. To read the epilogue and know that it was the last time I’d read about Emma and Evan was sad, but they were in a place where I was comfortable letting them go. Truly an original, unique series with characters that will always be in my heart.