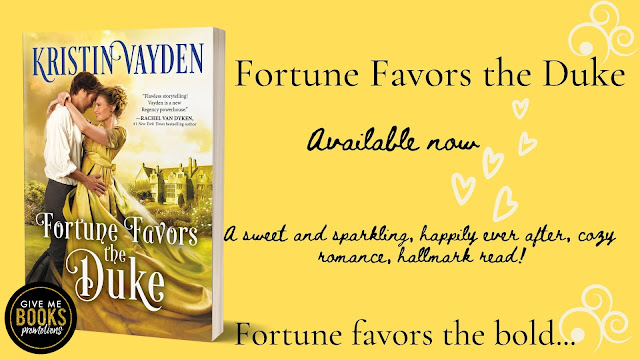 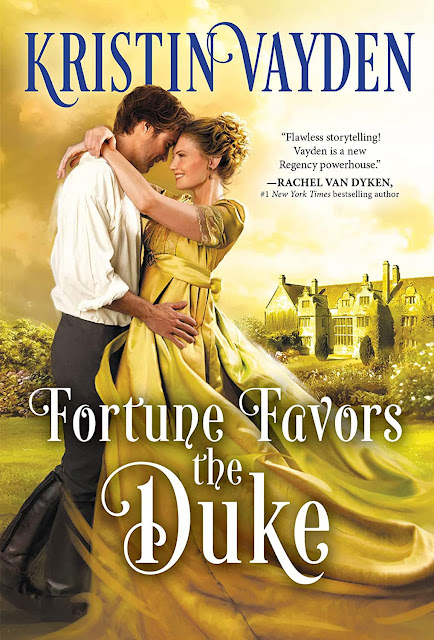 For fans of Ella Quinn, Amelia Grey, and Bridgerton comes the first in a new historical romance series with all your favorite tropes:
The new Duke has a proper scandal brewing.
Quinton Errington is perfectly happy teaching at Cambridge, with his elder brother carrying the duties of being the Duke of Wesley. But when a trip to celebrate Wesley's last week of bachelorhood ends in tragedy, Quinton, who becomes the Duke, would give anything to have his brother back.
Wesley's would-be bride, Catherine Greatheart, is left heartbroken and alone. Her grandmother has fallen ill, and Catherine has nowhere left to turn but to the family she was so close to being part of. The new Duke is kind, and she could use a friend.
Between learning how to be the head of his family, mourning his brother, and trying not to fall in love with his late-brother's fiancée, Quinton will need some help―and it's a good thing he's not alone.
"Flawless storytelling! Vayden is a new Regency powerhouse."―Rachel Van Dyken, #1 New York Times bestselling author 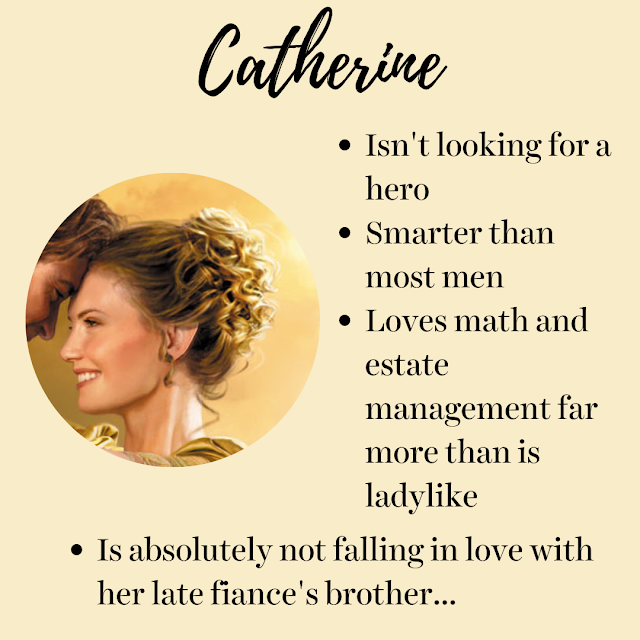 EXCERPT
As the library fell into silence once more, Catherine stood and quietly made her way back to where Quin slept. As she came around a corner, she watched as his chest rose and fell with a peaceful rhythm. Should she wake him? She turned to the large clock guarding the doorway; it was late in the afternoon. No telling how long he’d been asleep. But if he had any prayer of sleeping this evening, he probably should awaken.
Or so she told herself as she stepped forward. She knelt beside the sofa. Tipping her head to get a better perspective of his face, she studied him. He was so peaceful in sleep; the pensive expression that would filter across his face was absent, and he looked younger, even though he was still several years older than her. Without thinking, she brushed away a wayward curl that had fallen over his forehead, her fingers grazing his skin ever so lightly, but the touch sent a shock through her, causing her to gasp.
Quin’s eyes opened, and he blinked several times before his eyes focused on hers.
“Quin?” she said softly, her voice foreign to her own ears.
His expression sharpened, not with the awareness that usually followed waking up, but with a tenderness that was deeply familiar, as if he’d been waking up to the sound of her voice for months—years.
It warmed her, filled her with something she’d forgotten and never named. It reached in, wrapping itself tightly around her. Heartbeat stuttering, she was reminded of the way she felt when she had first been kissed by Avery, just after their engagement. The breathlessness, the anticipation, the desire: she had forgotten how it felt to have that connection, that vulnerability with someone.
“Catherine?” He said her name like a prayer, his soul drinking her in.
Without realizing it, she moved her hand to cup his jawline, the million sensations of his skin’s texture and his slight stubble swirling in her mind and captivating her with that simple touch. She lowered her attention to his lips, unable to look away. She’d never initiated a kiss, but his lips were too great a temptation, and she leaned forward, unable to stop the compromising movement.
As if impatient with her hesitant movement, Quin surged toward her and captured her lips. She had anticipated a soft, tender kiss, but she was wrong. His lips covered hers with a demand that left her senseless and hungry. This was no simple meeting of the lips. This was a devouring, and she leaned into it, craving the desire she tasted there. The kiss apparently wasn’t enough for him, and his hands arched over her shoulders and pulled her closer, wrapping around her back and holding her captive as he continued to ravage her lips.
Never had she experienced such a kiss. It was new, exhilarating, and awakened something within her she hadn’t known lay in wait. His tongue was wicked, branding her from the inside out as he danced around her lips, playing coy with her own tentative tongue and teaching her with every seductive stroke. His teeth gently nipped at her, playfully drawing her in, making it more than just passion, making it a seductive game that she wanted to play.
Then, abruptly he pulled back, his expression wide and alert.
Catherine tried to gather her wits about her at the sudden end of the passionate exchange. He still held her, but his movements had frozen, much like the hold he had on her back.
His eyes narrowed, and he inclined his head.
“Dear merciful heavens,” he said, then released her, slowly inching away.
She felt the distance like a wash of cold water, a chilling premonition warning her from the inside out. What had they done?
“Am I really awake then?” he asked.
What an odd question.
Catherine tilted her chin and frowned. Did he think this all a dream? Who did he kiss like that while dreaming? Jealousy flowed through her veins at the thought of some mysterious rival for his affection.
Belatedly, she realized what that meant for her own emotions.
He was watching her, as if expecting an answer.
She nodded. “Are your dreams so real?” she asked, a little irritated at his horrified expression.
“Bloody hell.” The words rushed out of him.
“Pardon?” Catherine replied, trying not to feel insulted, but honestly, who kissed a lady like that and then swore when he realized his actions?
“I… That is—… Excuse me.” Quin stood and rubbed his hand down his face. “Catherine, I’m so sorry. That was…unpardonable.” His eyes fixed on the floor as the words tumbled out.
Catherine stood then, pushing back her irritation and hurt, and debated on the best course of action.
With a feeling rooted in mischief, she formulated a plan.
As Quin’s stare lingered on the carpet, clearly tormented, Catherine closed the distance between them. Propriety be damned, what was done was already done. Now she would savor the moment, the touch and feel of him. A shiver of deep anticipation rocked through her.
His regard met hers, and as her cheeks heated with her forward manner, she leaned up on her tiptoes, grasped his shoulders for balance, and kissed him, ever so softly. It was an invitation, an open door that he could walk through should he wish. His lips were soft, embracing hers for a moment, yet hesitant, as if unsure he was truly awake or still dreaming. She withdrew slightly, speaking softly against his warm lips.
“Every dream should have a happy ending. Don’t ruin this for me either.” She lingered there, hovering, waiting for him to answer her, to make a decision—though the decision was made for them. They had kissed; she was as compromised as if he’d bedded her. But honor and desire didn’t necessarily mean the same thing, so she waited to see what lay in his heart.
And answer her, he did. 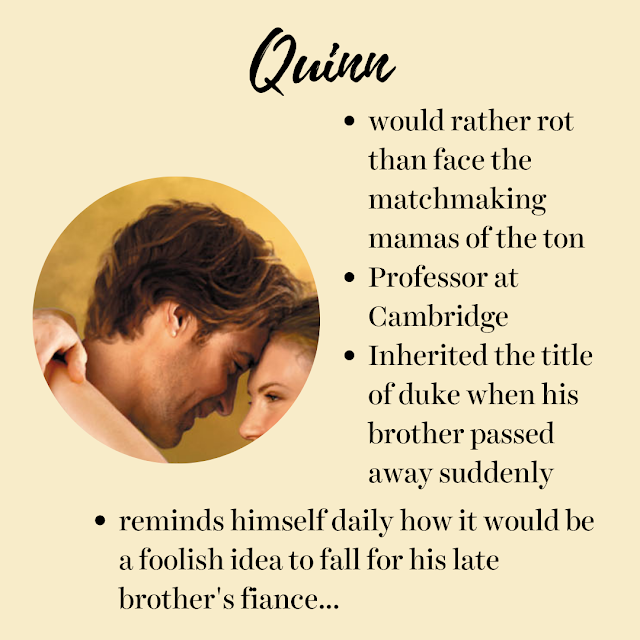 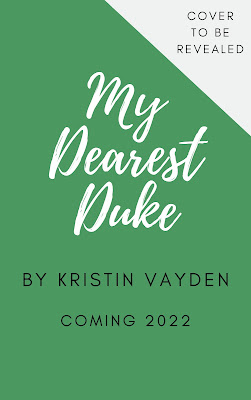 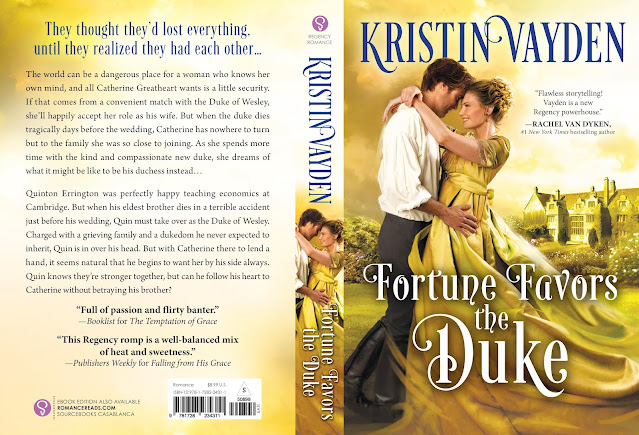 AUTHOR BIO
Kristin's inspiration for the romance she writes comes from her tall, dark and handsome husband with killer blue eyes. With five children to chase, she is never at a loss for someone to kiss, something to cook or some mess to clean but she loves every moment of it! Life is full—of blessings and adventure! Needless to say she’s a big fan of coffee and wine…and living in Washington she’s within walking distance of both!