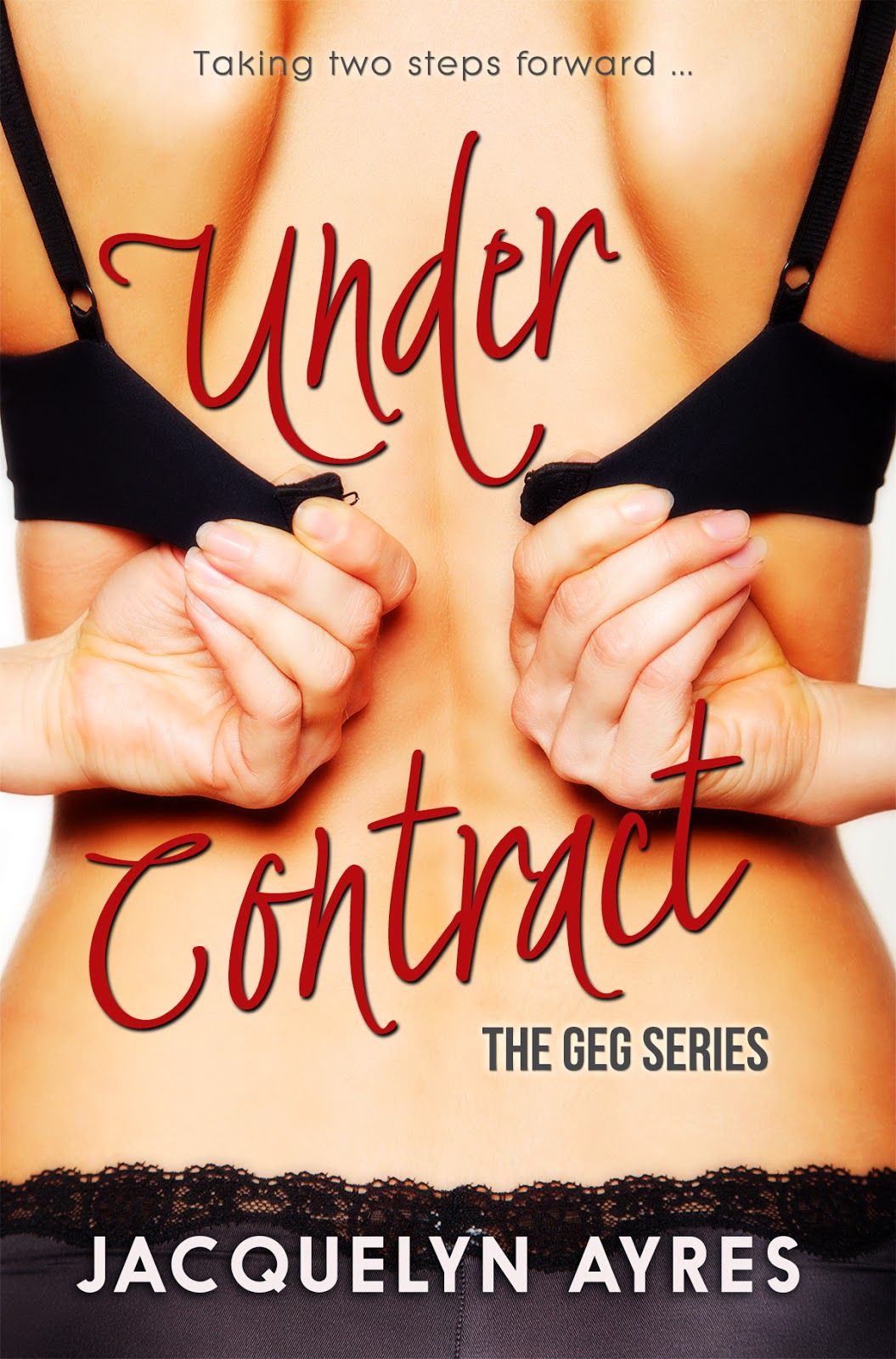 Charlotte McKendrick is your typical thirty-something stay-at-home mom. She has three beautiful children, a loving family, special friends, and the most wonderful, adoring husband. Her life is a dream.

Charlotte McKendrick is not your typical thirty-something stay-at-home mom. Yes, she’s got three beautiful children, a loving family (all of them lingerers—you’ll see), and her friends are special, all right! As far as her wonderful, adoring husband, what a joke! That bastard abandoned her and the kids six months ago.

Now, she will do anything she can to survive and provide for her children. Even if it means signing on the dotted line . . .

Mitch Colton is the CEO of Colton Technologies. Most of his year is spent traveling around the world, bringing companies the latest innovations in automobile technology. He doesn’t have time for a traditional relationship and the BS that comes with it. He doesn’t do the “marriage” thing, the “kid” thing, and he certainly doesn’t do the “falling in love” thing. All that said, he still wants someone to come home to. Someone who will offer everything he wants, and nothing he doesn’t. He realizes loyalty paired with these kinds of demands won’t come cheap. No problem. What he doesn’t realize is that once Charlotte McKendrick signs that dotted line, he’ll be paying with a lot more than money. 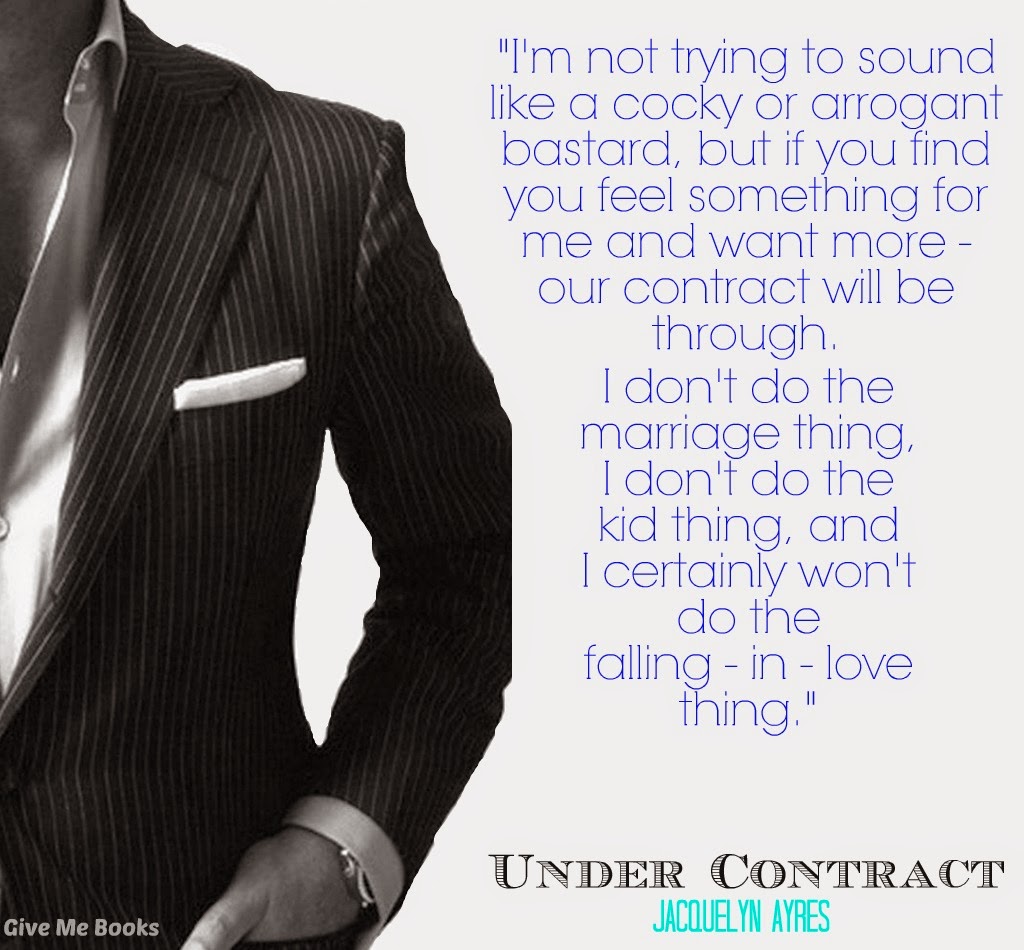 Under Contract is hot, funny, heartbreaking, and frustrating. I didn't care to much for the almost insta-love of Mitch and Charlotte, but the story was great.

I loved the GEGs, they reminded me a lot of my best friends. Their banter towards each other was hilarious. They made perfect best friends and characters.

Mitch and Charlotte come together by the signing of a contract. However, that contract causes a few issues further on in their relationship. Charlotte is just a woman trying to get over her douchebag ex husband and provide for her three children. Mitch is the owner and CEO of Colton Technologies looking to pay someone to be his girlfriend. What neither of them realize is that contract holds more power than either thought possible.

The anger that Mitch has gets a little annoying, irritating and repetitive but in reality he's just being a typical guy, getting pissy for almost no reason, as well as saying hurtful things when he's mad. But they work out their problems almost instantly. Sex is always the answer after a fight.

Under Contract did make me tear up a couple times but that usually happens to me when I read something heartbreaking. I look forward to the next book in the series, which is definitely going to be hilarious. 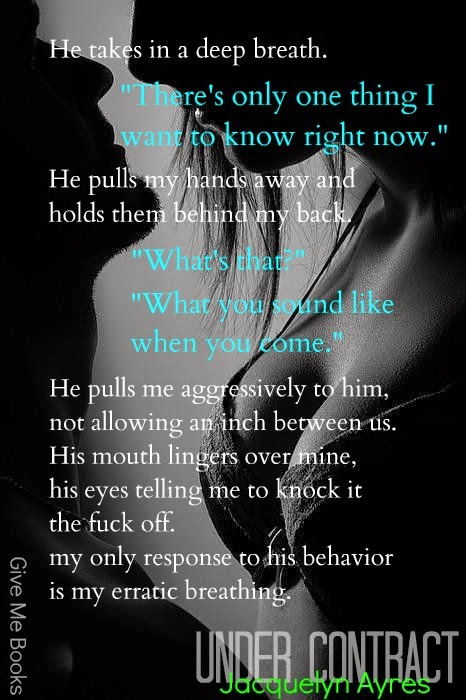 Under Contract was a hilarious, laugh out loud read. I thoroughly enjoyed it. Mitch and Charlotte, aka Charley, meet when Charlotte pretends to be an escort and ends up getting hired by Mitch to be his girlfriend. Mitch doesn’t have time to do the whole relationship thing and Charley will do anything to provide for her three kids since her husband just up and left them high and dry. So the contract is signed and Charley is Mitch’s for whatever he desires. However, from the beginning you could tell that things between Mitch and Charley would be far more than services being provided.
As their relationship progressed, pasts were revealed and often arguments ensued. Since Mitch travelled a lot, being the CEO of a major corporation, they were apart a lot at the beginning of their relationship. At times I wanted to slap Mitch. Like just make a decision. But when he went all in, he went all in.


“Her mind – it intrigues me.
Her laugh – it centers me.
Her heart – it swallows me.
Her voice – it calms me.
Her smell – it intoxicates me.”


And then you couldn’t help but fall in love with him all over again.
My favorite part was the friendship and dynamic between the GEGs. They had me laughing my ass off throughout the entire story. For instance – texts amongst the friends:


“Cici: No asshat – you’re getting dick. Don’t be such a chick. Hey – is it nice and thick?
Maddie: Knock it off, Dirty Dr. Suess”


This story was funny, sexy, and lovable. The sexy times were fun, which made them more real. You have to read it to learn the fun between “Kitty” and “morale.”

So why 4 stars, and not 5 since I have been raving so far…the timing. I felt like there were certain parts that should have been explained in much more detail. Also other things were explained in great detail but weren’t as important. That being said, I still highly recommend this book. And I can’t wait for Cici and Kyle’s story – if this quote is anything to go by:
“I have found the keeper of my balls, Mitch. I’m ready to hand them over.” 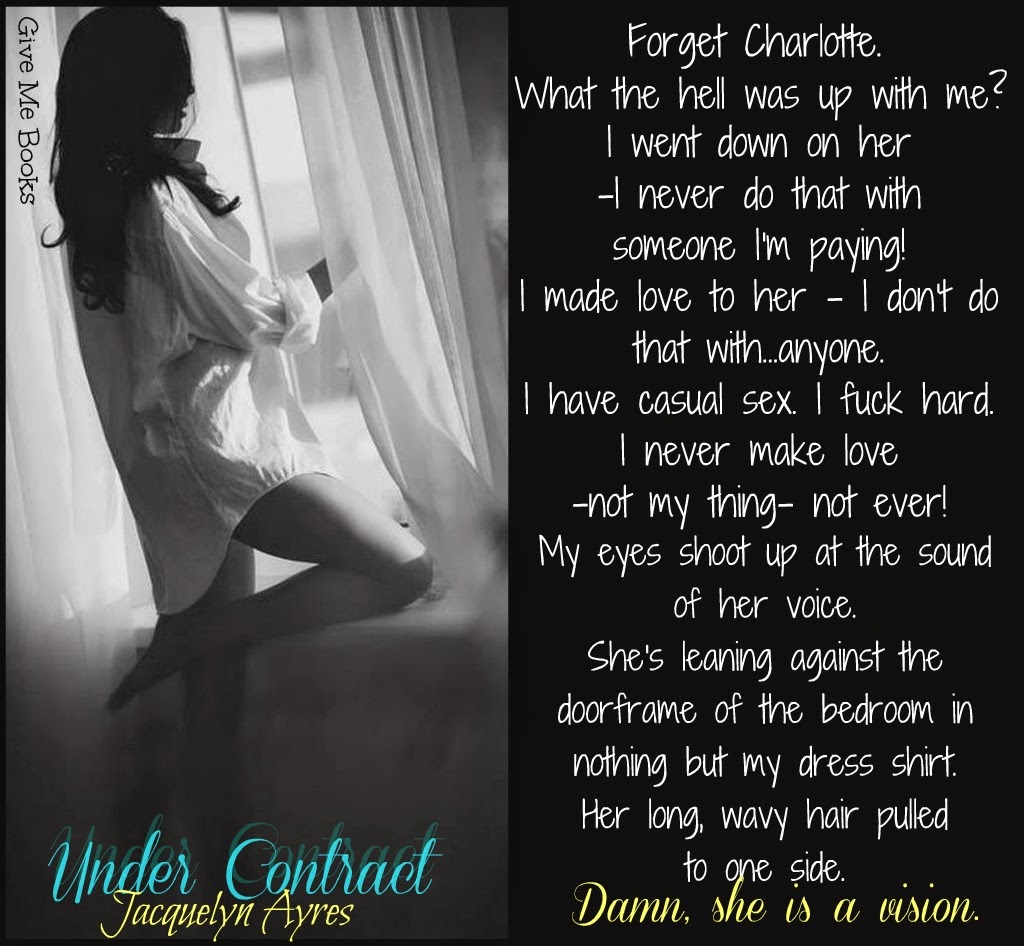 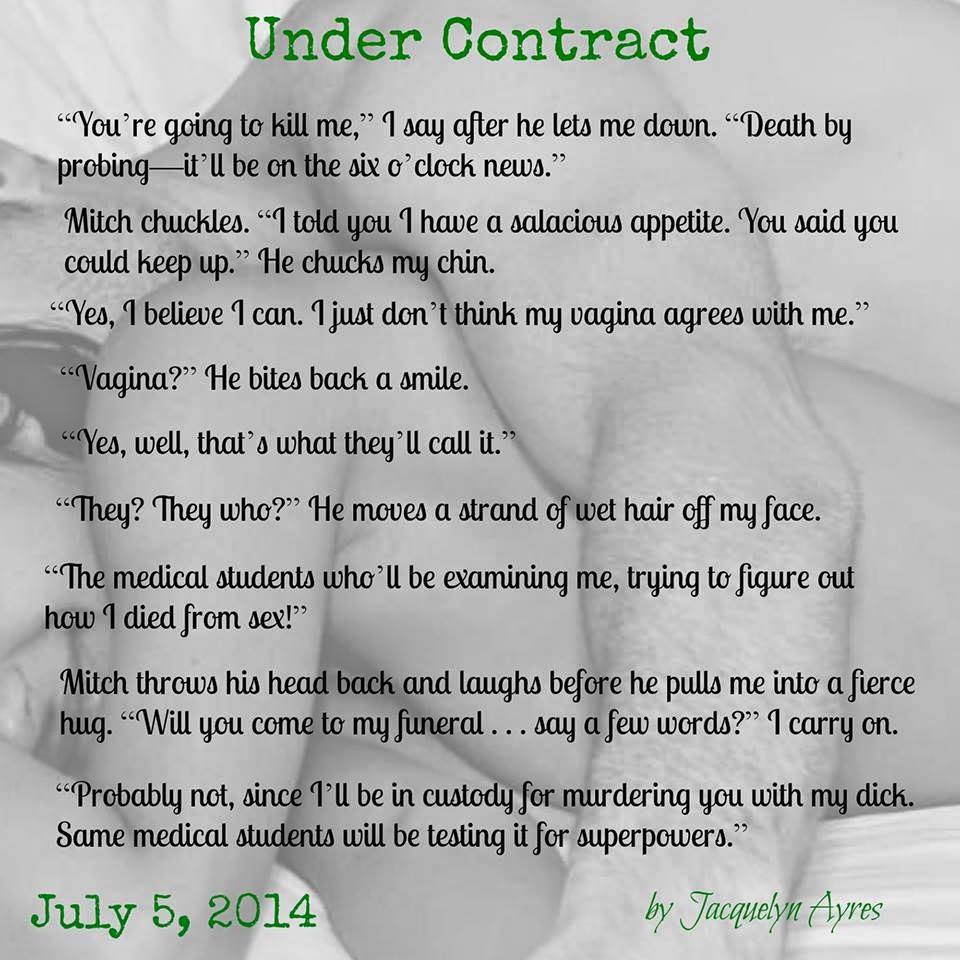 I am a domestic engineer (born and raised in NJ) whose sole responsibility is to guide three young, impressionable kids into becoming phenomenal adults. This challenging yet rewarding work requires a lot of love (coffee), patience (wine), and determination (periodic exorcisms). I work this magic from the beautiful state of New Hampshire.

Before becoming a domestic goddess (not really), I spent over a decade in the medical field, where I wore more hats than the Queen.

I have loved the written word and the great escape it provides since I was a little girl. When I wasn't reading about people and the places they lived, I was creating my own characters and adventures.

Finding myself again through my writing in The Lost & Found Series, The One, and The GEG Series has been nothing short of a dream come true. Also, it makes people feel better when I laugh randomly or talk to myself, knowing it's my characters and not "the voices" . . . that would be creepy. 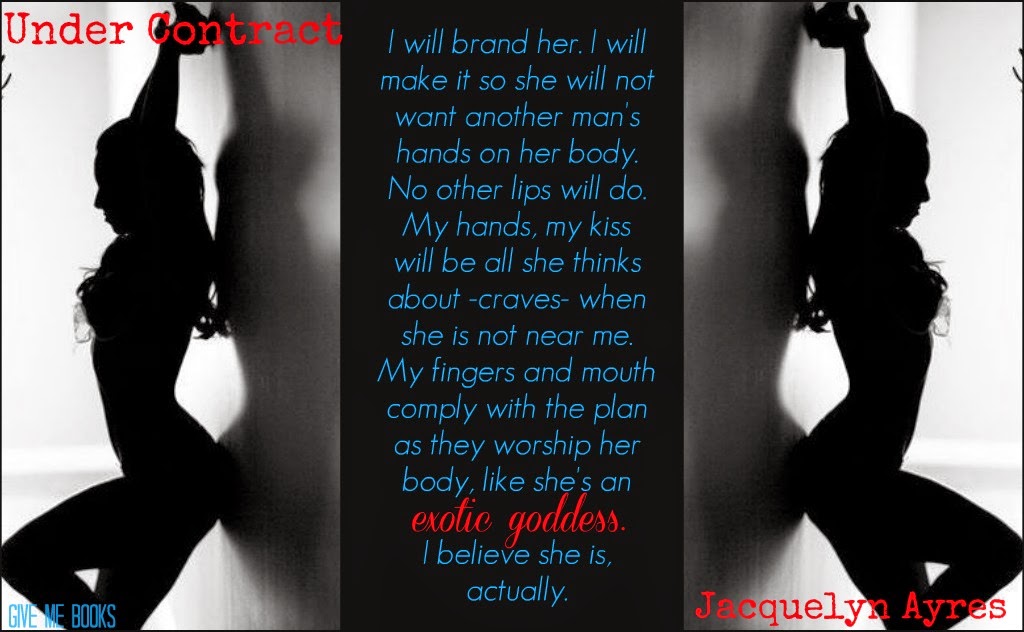