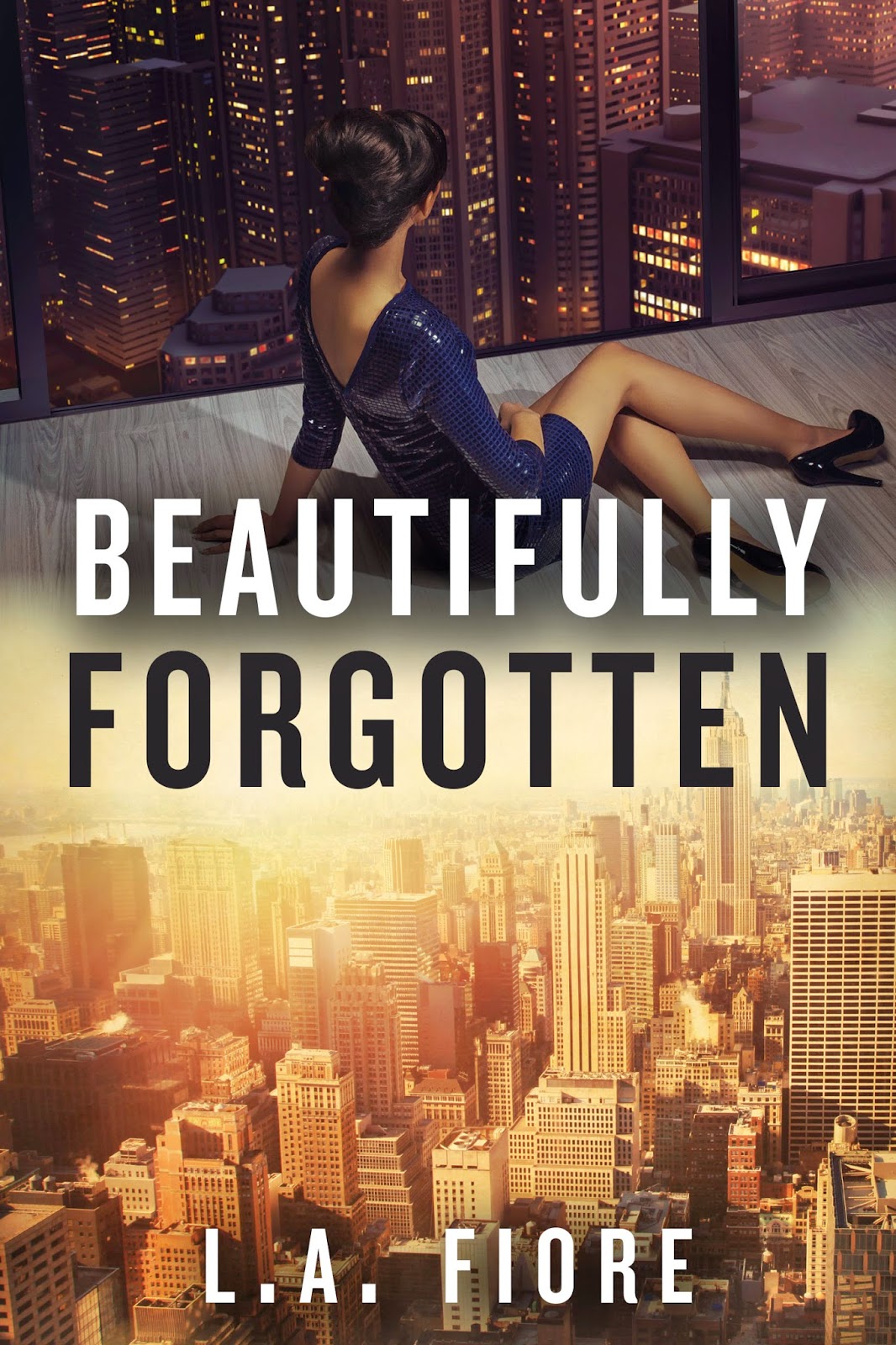 
Successful restaurateur Lucien Black’s blue-green eyes and unattainable attitude drive women wild. But his abandonment issues and criminal past have left him emotionally closed off. When a familiar face shows up for a job interview at his nightclub, the ache he has tried to forget tears at his heart—it’s the girl who once healed him…and then abandoned him.
Darcy MacBride still remembers Lucien’s delicate touch when they were both wildly in love teenagers. His gorgeous eyes had soothed her hurt after she’d been dumped off at the orphanage where Lucien lived. Darcy felt his jagged edges fit perfectly into her own, and she’d planned to spend the rest of her life with him—until a mysterious man warned her away. Now, fourteen years later, she’s ready to endure the torture of Lucien’s indifference and having him as her boss…just to be near him. But when it seems that they might finally take up where they left off, a devastating secret buried in their past threatens to tear them apart again. 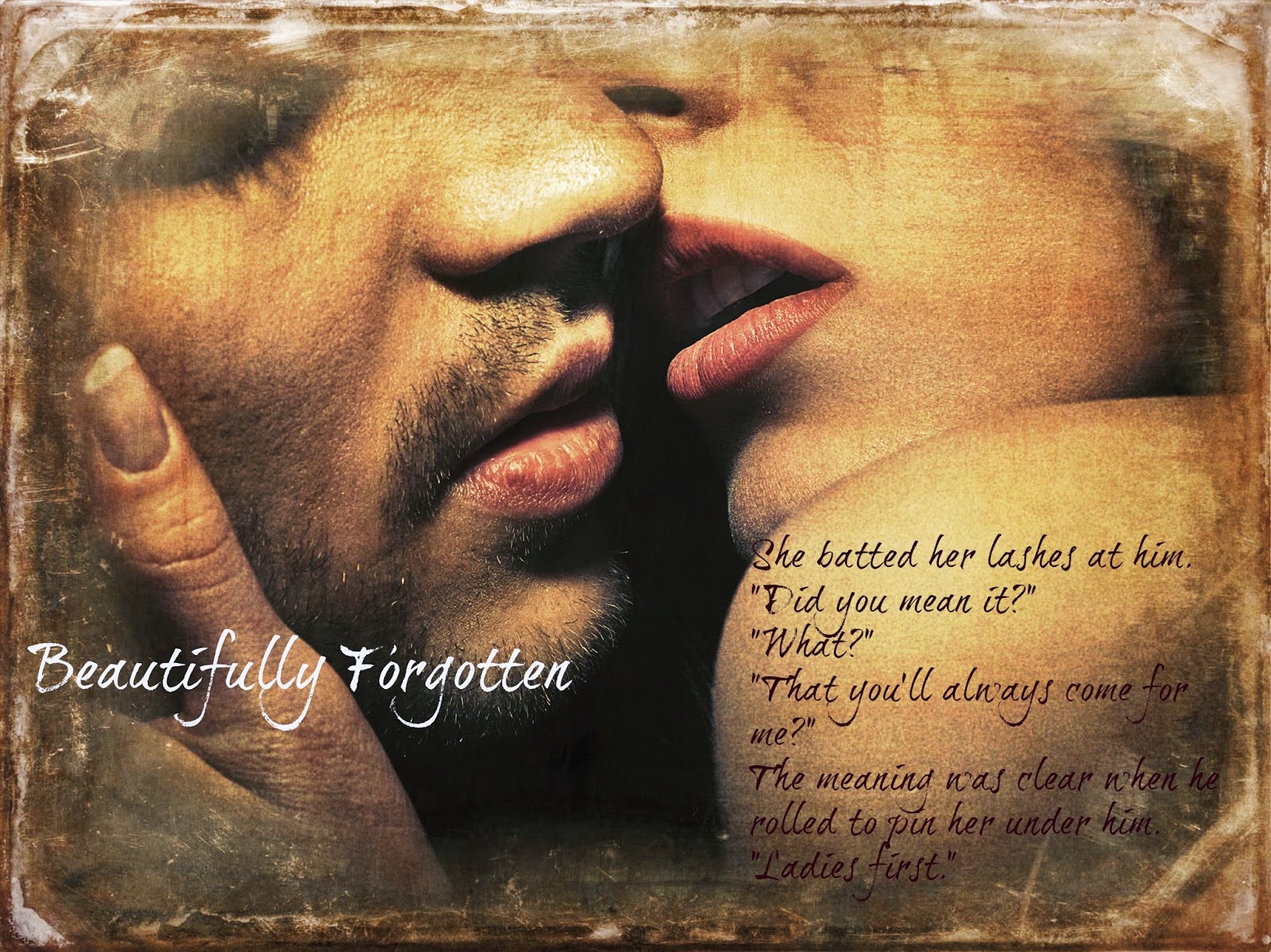 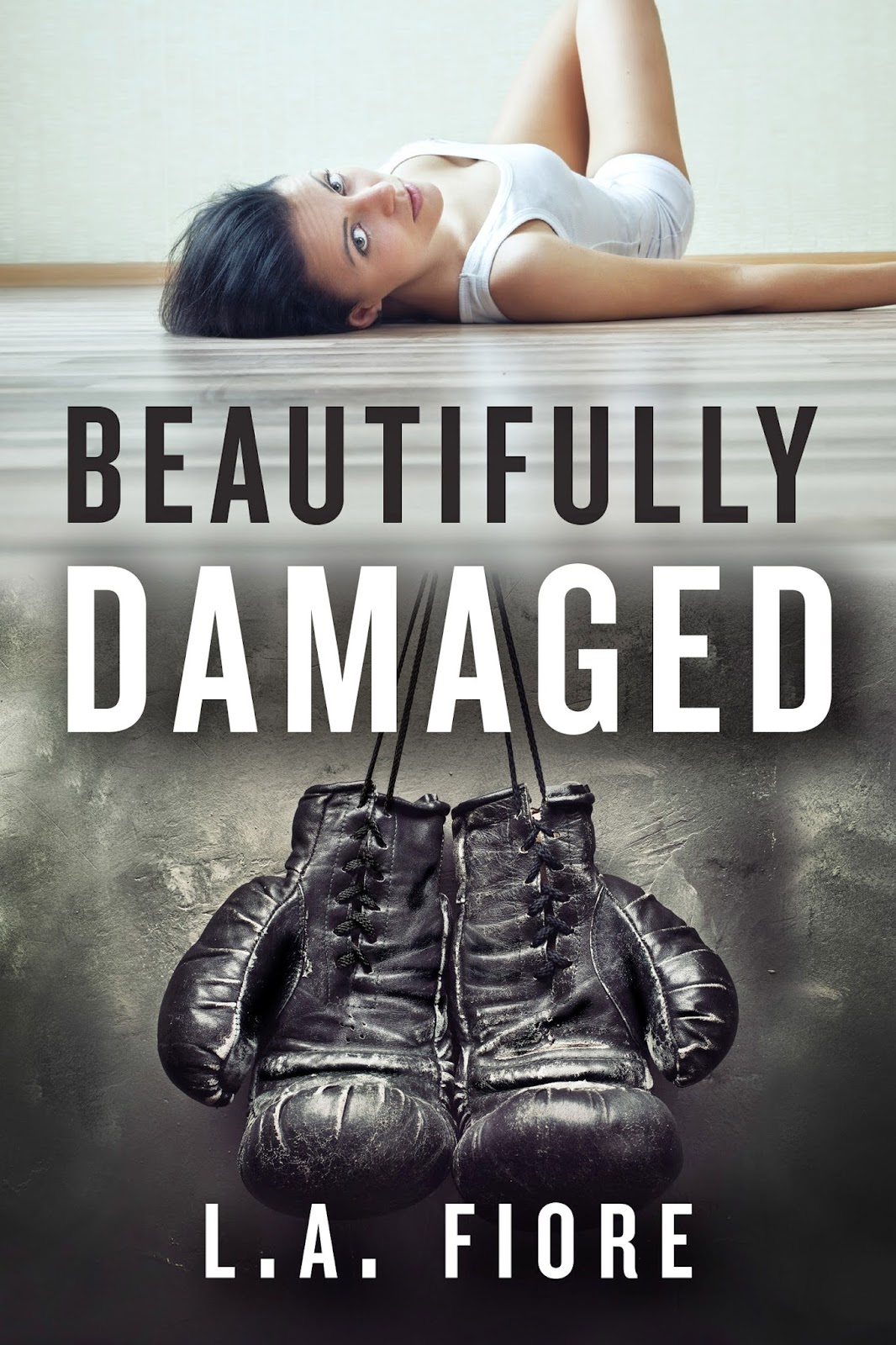 AMAZON US
AMAZON UK
REVIEW
Second chances.... Do you believe in them? I do. I so do, especially when it comes to books. There’s just something wonderful about the thought of righting a wrong or finding something that was lost – and Beautifully Forgotten showcased both of those things, to my delight. It wasn’t quite the book I was expecting, but it was certainly a book I enjoyed – very much – and one that spoke to my romantic heart. And my dirty mind. And my mystery-loving soul.
Darcy MacBride remembers everything about her first – and only – love, Lucien. It’s been fourteen years since she left him on the advice of a mysterious man that swore she was making the right decision. Now she works for him and every day is a reminder of what they did have, and what they could have had.
Lucien Black is successful, attractive and a little bit dangerous. But his past has left him emotionally unavailable. The girl that broke his heart walks into his office and back into his life and he finds himself struggling to let go of the pain she caused him so that they can work on their future. When a secret threatens to destroy what they’ve been rebuilding, Lucien and Darcy need to hold on or risk being torn apart again.
I was expecting the focus of this book to remain almost exclusively on Darcy and Lucien and their second chance at love, but I was wrong. And if you tell my husband I said that, we’ll have trouble. Beautifully Forgotten was more of an extension of book one, Beautifully Damaged, than the blurb would make you think.
While Lucien and Darcy were certainly the main couple – and their story the central focus – we are treated to lots of time with the characters from the first novel, in particular Trace and Ember, and that was both excellent (I love checking in with previous characters and seeing how they’ve progressed) and a little bit distracting. Distracting only because the story jumped from couple to couple as well as back in time – where we learned more about what caused Lucien’s broken heart and Darcy’s abandonment of him – and with so much story happening, I struggled to keep up at times. I did, however, enjoy those glimpses of the past and I admire the way L.A. Fiore created a story that brought together elements from the first book with new angles to create a picture that would have been almost too coincidental (even for a book) had the characters themselves not acknowledged that very thing.
The chemistry between Lucien and Darcy was sizzling and their flirty, playful banter was one of the highlights of a book that was a little bit heart-breaking. Once again, the mystery of the past dominated the second half of the story (as in Beautifully Damaged, the first half seemed to deal more with the relationship between the leads) and was a puzzle that twisted and shifted in a pleasing way. I’ll admit to suspecting the result well before it was revealed but I found that that didn’t bother me too much -  I was actually quite chuffed that my beleaguered brain figured it out.
Readers of the original version of book one may want to re-read it before they tackle Beautifully Forgotten, so that they are well-versed in who is who and what is what, but I don’t see that as a hardship. Think of it as a second chance. And you know I love second chances.
Beautifully Forgotten is the second book in the Beautifully Damaged series and is not a standalone novel. There is no cliffhanger.
~ Review by Beth 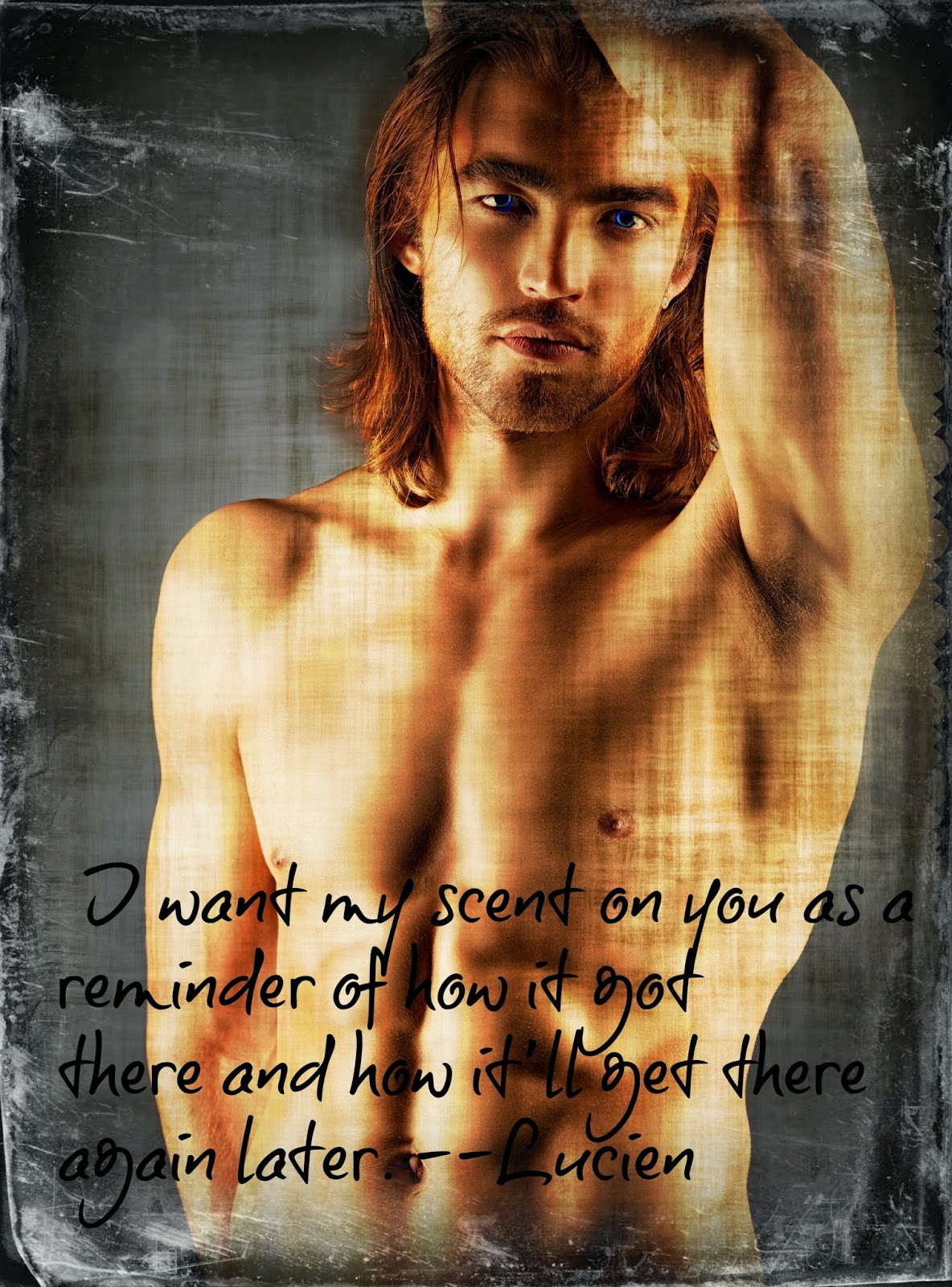 EXCERPT
Lucien watched as Darcy struggled to get the printer working. Even from his distance he could hear the cursing, which made him smile. It had been a week since their relationship had taken a very pleasant turn. She was still just as feisty as he remembered and it wasn’t hard for him to recall why he had fallen for her in the first place. Their sparring was verbal foreplay and he fucking craved it. His eyes moved over her. Her body was nothing like the one he had known, with curves that his hands itched to touch. Her hair was up, though he preferred it down, and tendrils were falling out of the twist. He remembered vividly the sight of it spread out over his pillow.

He had to admit that she was still just as interesting to him as she had been at fourteen. Despite everything, she was still his Darcy—sweet, witty, and guileless, except at the moment. She looked about ready to torch the printer, so he moved to help her. As he approached, she was actually staring into the paper tray, yelling at the creatures that lived inside it.

He chuckled, which must have taken her by surprise, because she leaped backward and landed on his foot.

He looked down at her strappy sandals with heels high enough to stake a vampire and had a vision of those legs draped over his shoulders. Instantly, he was hard.

“I was going to offer to help you. The printer can be temperamental, but now I’m bleeding out from a stab wound.”

She didn’t miss a beat. “It probably didn’t even break the skin. What is it you guys say? Rub some dirt into it.”

He eyed her shoes. “Those things should be listed as lethal weapons.”

“Hardly. There are far cheaper ways to kill someone.” She bent to stare into the printer again and Lucien took the opportunity to check out the curve of her ass in the little black skirt she wore.

“Stop checking out my ass and help me.”

Not at all repentant for getting caught staring, he replied easily, “It’s a paper jam.”

He thought he was being helpful and when she straightened slowly, he entertained the notion that she was struggling with the need to throw herself into his arms in gratitude.

One look at her face, though, and he knew he wasn’t going to be copping a feel.

“Your powers of deduction are astounding. Seriously, you should give a seminar on mastering the obvious.”

He tried not to laugh, but he lost that battle. And she responded by flaying a layer of skin off him with her sharp tongue.

“It’s usually in the back,” Lucien said as he reached for the back of the printer, his arm brushing up against her on purpose. Darcy’s inhaled breath in response had his balls tightening. He dislodged the paper and pulled it free.

He turned to her with a smug smile, which she returned with uncanny accuracy before she said, “Thanks. I almost lost my cool.”

A slight smile touched her lips. “I should go restart my print job.”

“Probably, unless you can get the little men in the printer to do it.”

She laughed. “Not the baked goods, the little mischievous mystical creatures.”

“They live in my printer?”

“Maybe.” She started away, but stopped and turned to him.“Thanks.”

“Have dinner with me tonight.”

She eyed him through her lashes before she said, “You’re on.”

And then she turned and disappeared into her office.

L.A. Fiore lives in Bucks County, Pennsylvania with her husband, two children, their dog, two kittens and Willow: their three-legged hamster. Her twin sister lives right down the street and being a seasoned zombie hunter, there is comfort knowing when the zombie apocalypse comes they'll be ready. L.A. loves hearing from readers and can be reached through Facebook at the link below.
AUTHOR LINKS
FACEBOOK

GIVEAWAY
a Rafflecopter giveaway
Posted by Give Me Books at 9:33 am