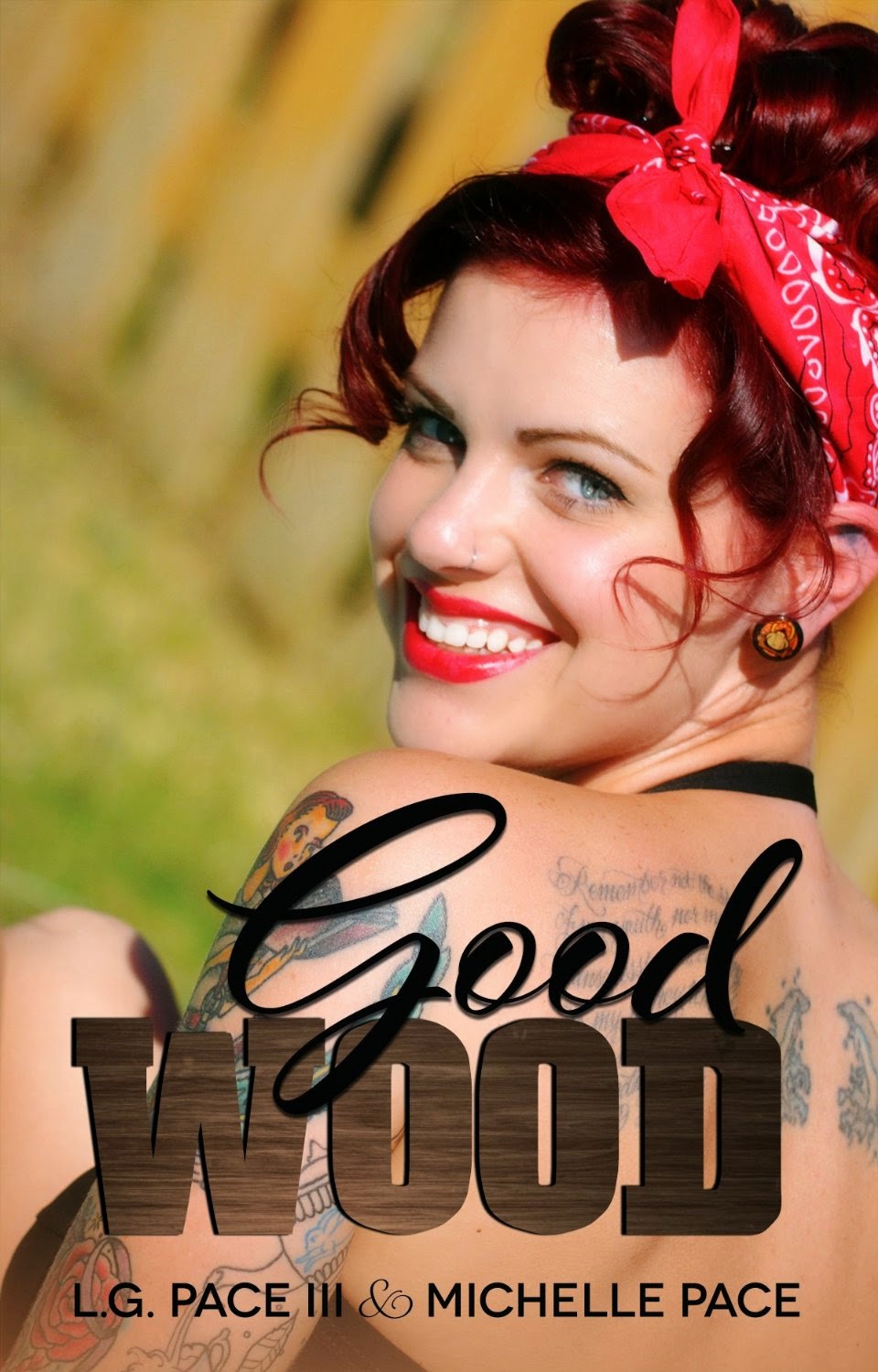 "It’s the sign of a true artisan when he can create beauty from what others consider trash. It takes heart to use a twisted bit of scrap and make something from it as if it were good wood.”Somehow Joe survived the unlivable, and now he's just going through the motions. An endless string of one night stands does little to dull the ache from all he's lost. Even though he distracts himself daily with back-breaking work, his violent rage still simmers just under the surface.Then along comes Molly, the feisty baby sister of his two best friends. Joe hasn’t seen her in years, and he's unprepared for his reaction to her when she falls out of the food truck and into his arms. Molly is still as mouthy as ever, and now she's as delicious as the food she's serving up. It's totally against "The Bro Code", but he just can't seem to keep his hands off of her.Molly has come back home to Austin to mend fences and feed a whole new crowd. Dealing with Joe's demons doesn't figure into her business model. Something is very different about him and she craves the ‘Old Joe’ she used to have a crush on. Still, the broody carpenter's swagger is damn near irresistible. And all work and no play makes Molly a cranky girl. 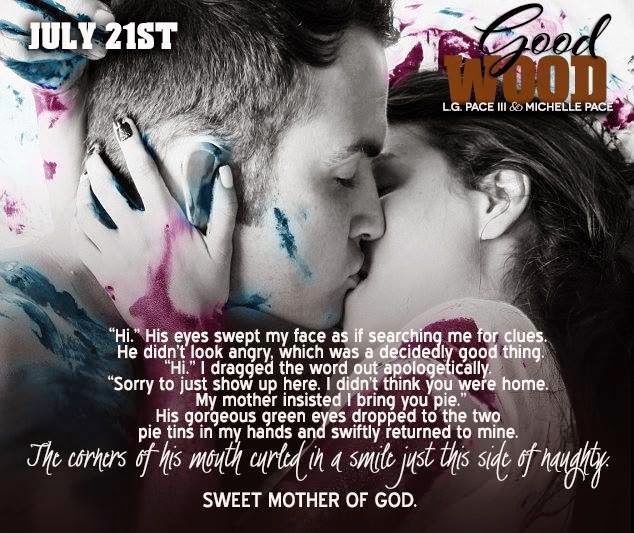 Perhaps it’s not the done thing, but I am the first to admit that I judge books by their covers and by their titles. In the case of Good Wood, I felt the need to read it because it had a humorously dirty title and I assumed the book would be much the same. The blurb warned me that Joe Jensen had “survived the unlivable” but even so I wasn’t truly prepared for a book with a punny title to affect me so deeply, to make me cry and mourn, to make me smile and laugh, to make me ache. But it did. And it was better than good.


Joe Jensen is a master at his craft – an artisan – but since his whole world ended, he hasn’t had the fire in him to carve. He’s not the man he once was and he survives the days working hard, drinking harder and having meaningless sex night after night.

Molly Hildebrandt is back home in Austin, trying to put her life and her family back together. Her new food truck brings her face-to-face with the man she’s loved for years – her twin brothers’ best friend, Joe but he’s not the same smiling, carefree guy he once was. Molly isn’t home to fix Joe and to heal the pain of his past but she can’t seem to resist him.

Joe knows that he’s broken and Molly is strictly off-limits but he can’t stay away. Together they can make something new and beautiful out of the scraps of the past, but if only they’re willing to take the chance.
This book completely took me by surprise in the best possible way. It was beautifully written – every passage felt like it had purpose, every action and reaction blended together to create characters and events that were real and raw and heart-breaking. The alternating POV was the perfect way to tell this story because it allowed both Joe and Molly a chance to make themselves heard. Neither of them was lost to the other, the pain of their pasts, their hopes for the future and their fears in the present were given equal weight and importance.

Good Wood was written by two authors – Michelle Pace and L.G Pace III – but the story was seamless. There was no change in tone or style that made me wonder who had written which passage or paragraph or chapter. It flowed perfectly, with the right amount of angst and sorrow balanced by moments of levity, building to an interesting and rewarding finish that promises more in the future for the carpenter and the chef.

I loved the friends and family that surrounded and supported Joe and Molly and I found myself mentally checking off which characters I would like to see get their own stories first. I couldn’t be happier that I decided to judge this book by it’s title and take a chance on it, even if (especially because) it was radically different to the book I pictured in my mind. Good Wood exceeded the claim of it’s title – it wasn’t just good, it was great.
Good Wood is the first book in the Carved Hearts series and can be read as a standalone. No cliffhanger.
~ Review by Beth 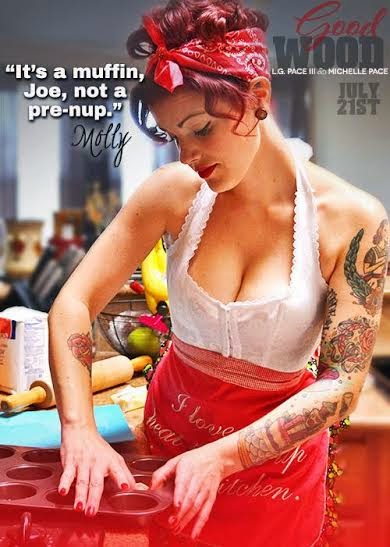 I must admit I went into this book completely blind. I never read the blurb but was intrigued by the title, Good Wood. I figured I'd be in for a fun and lighthearted romance. Boy, was I wrong.

Good Wood is written by a husband and wife team, it was so flawlessly put together, you'd never know that it wasn't written by just one person. I LOVED that Joe and Molly were, for lack of better words, average Joe's. They were regular down to earth people that didn't drive flashy cars, that weren't billionaires, famous etc. It was refreshing to read about people that seemed more realistic and relatable.

Joe and Molly are such a great match for each other. Both trying to heal and move on from traumatic pasts, they fit and just make sense together. They're two broken souls that just mesh.

Good Wood is a gem of a read. A thoroughly well rounded romance that made me laugh, made me a bit teary eyed and left me feeling great when I flipped that last page.
~ Review by Erin 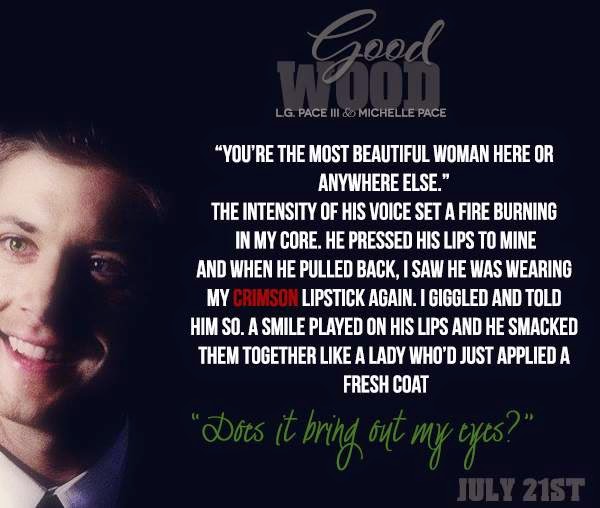 L.G.Pace III has spent several decades pouring creative energy into other things besides writing. He began his current journey by telling his two daughters bedtime stories about a magical realm and a hero named Terel. Though that story is still sitting unfinished in the electronic universe he has managed to bring two other stories out of the dark maelstrom of his mind for others to enjoy.
He dwells in the great state of Texas with his wife, novelist Michelle Pace and their children.

Michelle Pace lives in north Texas with her husband, Les, who is also a novelist. An Iowan native, she is the mother of two lovely daughters, Holly and Bridgette, and one uber-charismatic son, Kai. A former singer and actress, Michelle has always enjoyed entertaining people and is excited to continue to do so as a writer.