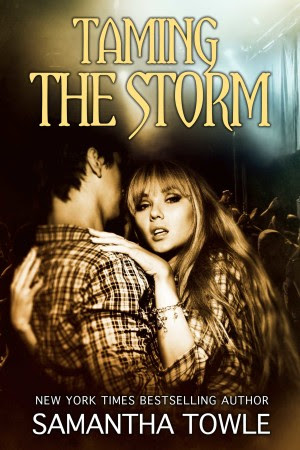 Her father has let her down her whole life. Her brother betrayed her in the worst way possible. And her past relationship experiences with men have been less than great.
Lyla is focussing all her energy into her band, Vintage, so when they receive an offer to sign with TMS Records, it seems that things are finally turning around for her. The last thing she wants is a man getting in the way.

When tragedy befalls his best friend, Tom finds himself making a promise to the big man upstairs – he’ll change his ways, if he saves the woman his best friend loves.
Tom’s prayer is answered. Now he has to change. Which means no sleeping around.

After Vintage’s manager breaks her leg skiing, Tom steps in as tour manager, and Lyla finds herself on tour with the man whore of rock.

But an unexpected friendship is formed. A closeness neither of them expected. Putting one chastity belt and one lamp that is in desperate need of rubbing, to the test.

Will the sex storm that is Tom Carter, finally find himself tamed by the rock chick with a hardened heart, or will he go back to his womanizing ways…? 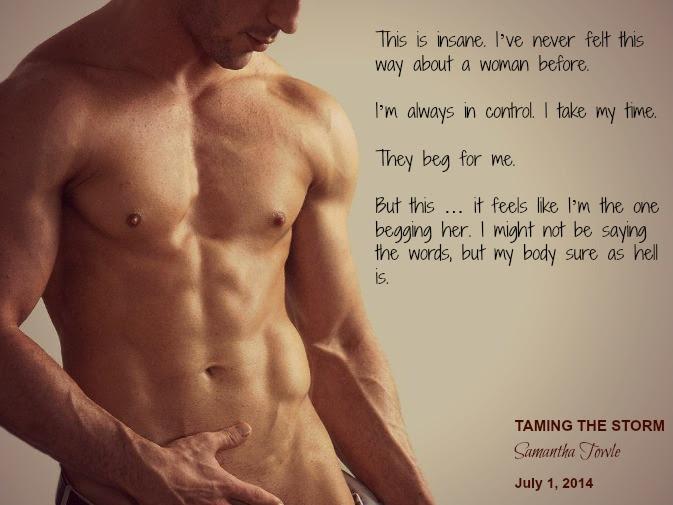 
Move over Jake Wethers, the Storm just got mightier! Ladies, if you like dirty talking, man slut (or as Lyla calls them muts) rockers, walk your little One-Clicking fingers over to amazon and get yourself some Tom Carter. OH. MY. LORD. The man had me squirming!

I kind of thought of Tom as a bit of a goofball from the first two books in Samantha Towle's series. I mean, c'mon, Rub the Lamp? Those of you that have read them know exactly what I'm talking about. Let me tell you, Tom totally blew me out of the water! This man is smexy, yes, smokin' and sexy. Phew, is it hot in here?

Lyla was a great heroine, she was sweet with just the right amount of edge. Her band is on their first tour and due to a freak accident they need a new manager. Enter Tom. I LOVED some of the verbal sparring she did with Tom. Her mouth had no filter and that made her incredibly likable and real.

And, Tom Carter, have I waxed poetic enough about him yet? The man is a GOD on the bass and in the bedroom, elevator, backstage, where ever and whenever it strikes his fancy. But beyond the rocker turned tour manager is a man that is broken. He doesn't do love. Do they ever? That make watching them fall that much more fun!

Not only did Taming the Storm meet my expectations, it went above and beyond them. Fans of the first two books will love to add this one to their collection as well. This is a full length novel told through dual POV's, no cliffhanger.
~ Review by Erin

Samantha Towle is a New York Times, USA Today, and Wall Street Journal bestselling author. She began her first novel in 2008 while on maternity leave. She completed the manuscript five months later and hasn't stopped writing since. She is the author of contemporary romances, The Mighty Storm, Wethering the Storm, and Trouble. She has also written paranormal romances, The Bringer and The Alexandra Jones Series, all penned to tunes of The Killers, Kings of Leon, Adele, The Doors, Oasis, Fleetwood Mac, Lana Del Rey, and more of her favorite musicians. A native of Hull and a graduate of Salford University, she lives with her husband, Craig, in East Yorkshire with their son and daughter.

a Rafflecopter giveaway
Posted by Give Me Books at 12:08 am