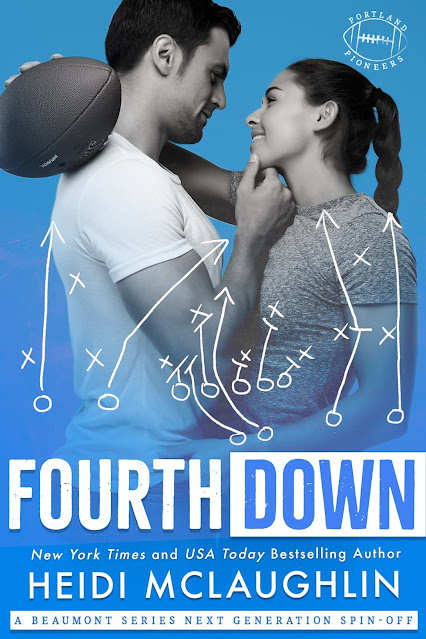 BLURB
From the New York Times bestselling author of Forever My Girl: The Motion Picture, Heidi McLaughlin delivers a contemporary romance that will leave you dancing in the end zone!
Autumn LaRosa has been playing defense since the moment she met Julius Cunningham. After accepting a position as a meteorologist in Portland, she strives to make a good first impression. Then she meets the arrogant wide receiver who belittles her in front of her new friends. She could have walked off the sting of his bitter words, but he keeps showing up in her social circle.
Now, she is determined to meet him at the line of scrimmage and prove she’s not one to back down.
Julius Cunningham is well aware there’s a flag on the play after his harsh words to Autumn. The more he sees of Portland’s new weather girl, the clearer it becomes his judgments of her were unfounded.
But how can he call a timeout on the animosity he created?
When Autumn attends a charity event with the Pioneer players, she sees an opportunity too tempting to resist. Julius looks miserable being a part of the date auction, making it even more fun for Autumn to bid. Will she use the opportunity for some good old-fashioned payback? Or will this be their fresh start at the twenty-yard line?
Get ready for the snap and sprint for the end zone because Autumn and Julius are headed for either a tackle or a touchdown! 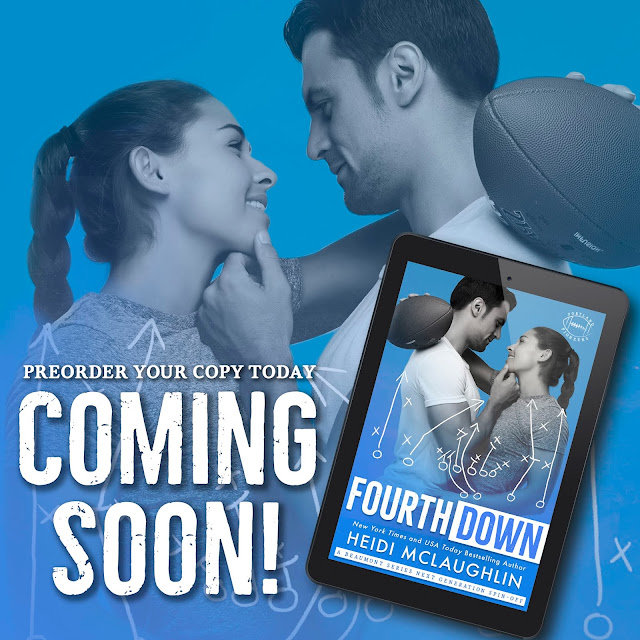 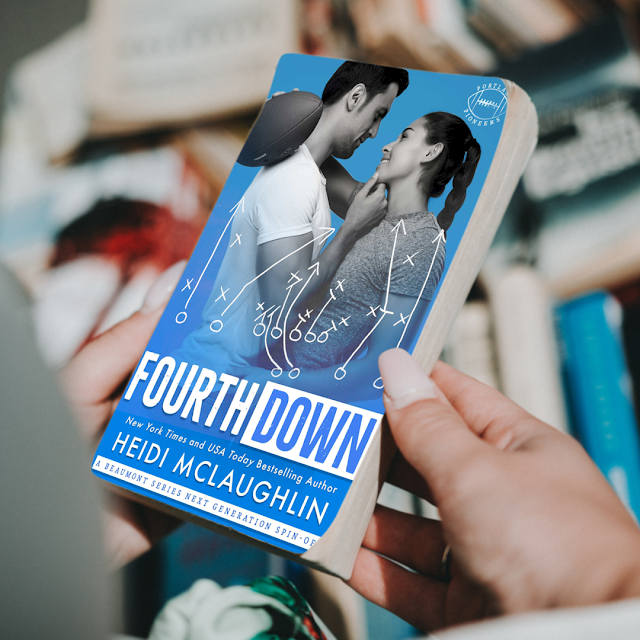 EXCERPT
Everything in the room is white. The couch. The rug. The walls. Even the television has a white border around it. The mantel over the fireplace—white. Same with the picture frames. Everywhere I look, it’s all I see. The living room is supposed to be inviting, welcoming, and yet it feels stressful. I’ve never been the type of person who asks their friends to take off their shoes when they come into their home. I find it rude, but I also respect it if my friends ask me. When you come into my house—well, my soon to be former home—your shoes must be off. Not only off but left outside.
I sit on the couch, with its white pillows, and rest my ankle on my knee. My shoes are on because I’m bitter and angry at the world, the situation I’m in, and my wife. Mostly her, which probably isn’t fair, but her actions have put us in this position.
Elena comes into the room and sighs heavily. I know why and I don’t care. I continue to stare out the window at the blue sky. Elena and I met in college. I was on a full scholarship at the University of Alabama, playing wide receiver, and she worked for my favorite clothing store. I wish I could say it was love at first sight, but it was fear that brought us together. I had been in her store when a tornado warning sounded. Everyone in the store took shelter, except Elena. She stood in the middle of the room with nothing but sheer panic on her face. Her co-workers tried to coax her into the back room, but she was frozen. I went to her, scooped her up, and carried her to the back. She clung to me until the warning was over. The entire time I just talked to her about my life, football, my hopes, and dreams. She told me she moved to Alabama to go to school, but her financial aid fell through, and she was too embarrassed to go home and ask her parents for money. They didn’t want her moving south to begin with, and told her she was making a mistake. She needed to prove them wrong.
After that day, we started hanging out. She’d come to the dorm, help me with my homework, and I’d invite her to games. Our friendship turned romantic a few months later, and after a couple of years of dating, I asked her to marry me. I thought I had found my soulmate. It turns out I was just her meal ticket to stardom.
It’s funny when you’re in a life and death situation. You say a lot of things to the people around you. For me, I’ve always dreamed of playing professional football. I worked my ass off in college to achieve my dream. Elena’s dream was to work in marketing or advertising. That was until we started dating seriously, and her social media skyrocketed. Then, her dream was to become an influencer and eventually a model. I supported each change in her career wholeheartedly because I wanted her to be happy, and I was in love with her. I thought she was in love with me. She told me we had to have a house in Orange County even though we lived in Portland, Oregon. At first, I didn’t understand why but still gave her what she wanted. Everything became clear when some reality TV show about wives announced she was joining the cast. The show was a hit. Her fame grew. And suddenly, she wanted to be an actress. By now, through all of this, we have two children and are splitting our time between Portland, Huntington Beach, her parents in Delaware, and mine in Michigan. An endless cycle of traveling. I tried to talk to her about it. I tried telling her something had to give. At first, she was defensive, telling me I was trying to stifle her creativity. Then she said if I really loved her and the kids, I’d ask for a trade to one of the teams in California. When I told her no, she uttered the word I never thought I’d hear—divorce.
My world was rocked. 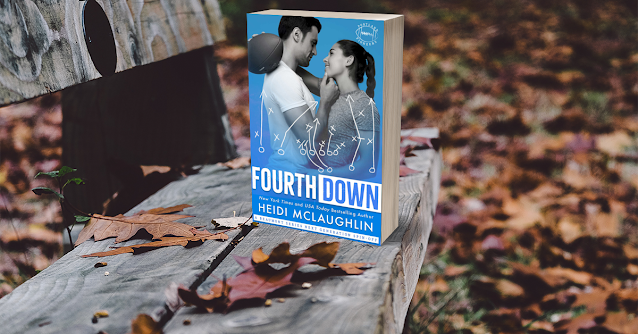 Heidi McLaughlin is a New York Times, Wall Street Journal, and USA Today Bestselling author of The Beaumont Series, The Boys of Summer, and The Archers.
Originally, from the Pacific Northwest, she now lives in picturesque Vermont, with her husband, two daughters, and their three dogs.
In 2012, Heidi turned her passion for reading into a full-fledged literary career, writing over twenty novels, including the acclaimed Forever My Girl.
When writing isn’t occupying her time, you can find her sitting courtside at either of her daughters’ basketball games.
Heidi’s first novel, Forever My Girl, has been adapted into a motion picture with LD Entertainment and Roadside Attractions, starring Alex Roe and Jessica Rothe, and opened in theaters on January 19, 2018.