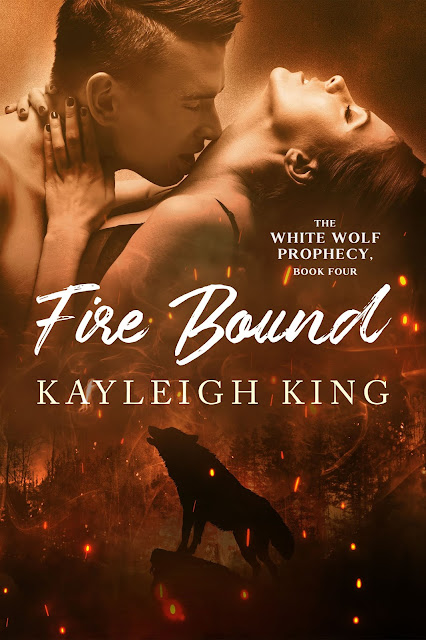 Title: Fire Bound
Series: The White Wolf Prophecy #4
Author: Kayleigh King
Genre: New Adult Paranormal Romance
Release Date: July 9, 2021
BLURB
Remington Weylyn is burned and broken. She made a choice and now she’s paying the price. The girl she once was is gone, replaced by someone she no longer recognizes. What once was her home now feels foreign and the people she was closest to feel like strangers.
And it’s all his fault.
Jax Whitlock is dangerous and damaged. With no home or family, his place in the world is unknown. The only thing he has is a goal; to kill the man who took everything from him. And he won’t let anything get in his way.
Even if it means breaking her heart.
When the monster who’s been haunting them for years emerges from the shadows, Remington and Jax must put aside their past and their mistakes if they want to save the people they care about.
If they don’t, everything will go up in flames. 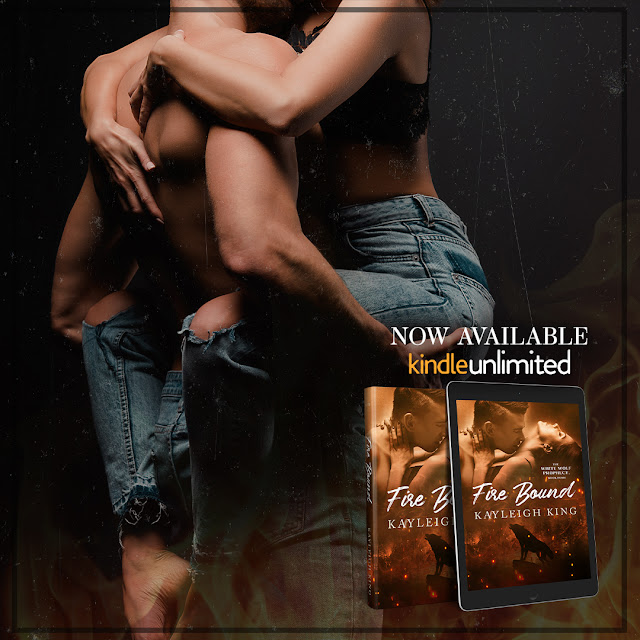 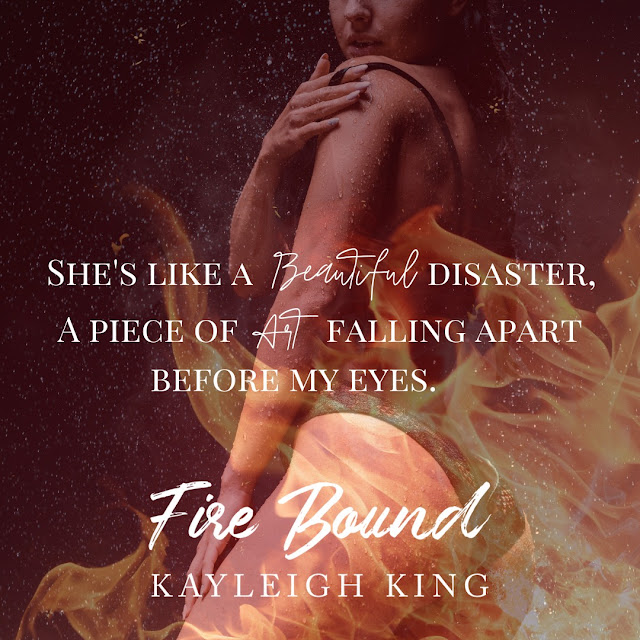 EXCERPT
Remi doesn’t answer my question, she’s too busy drinking in every inch of my face. It’s like she’s allowing herself to truly look at me for the first time in a year. “I’m so tired, Jax.”
“I know,” I tell her. “What do you need, Remington?”
Her body goes lax. Whatever fight that remains melts from her body as she releases a long, pained breath. It’s like she’s been holding it in for months. “For just a moment, can we pretend that you’re not you and I’m not me? Can we pretend we don’t have a past and that our future isn’t so bleak? Just for a moment, let’s pretend we’re perfect strangers.”
Remington Weylyn will never be a stranger to me. My soul will always recognize hers. A year or a lifetime apart wouldn’t allow me to forget her. She’s imprinted herself in my bones.
My hands loosen on her wrists, but she doesn’t make any move to pull them away from me.
“And what happens after?”
“Nothing changes,” Remi answers without hesitation.
Dropping one of my hands from her wrists, I brush my fingers down the side of her face until I reach her chin. It’s then that I grab her face and force her to truly look at me. I need to be sure that she wants this. She’s sobered up since I first found her. There isn’t an ounce of haziness in those blue orbs. She’s fully here with me. “You told me earlier you wanted a man who knew nothing about you to fuck you against a wall,” I rumble lowly. “I’m not that man. I know you, Remington.”
“Pretend you don’t.” Her eyes burn with need. “Let’s play pretend for just a little while.”
Every ounce of my body knows this is a bad idea, but the part of me that craves her like I crave oxygen drowns out the doubt. My wolf grins in my head with glee. He knows I’m going to cave before I do.
I see the flames in Remi’s eyes and feel as they burn away my last bit of resolve. 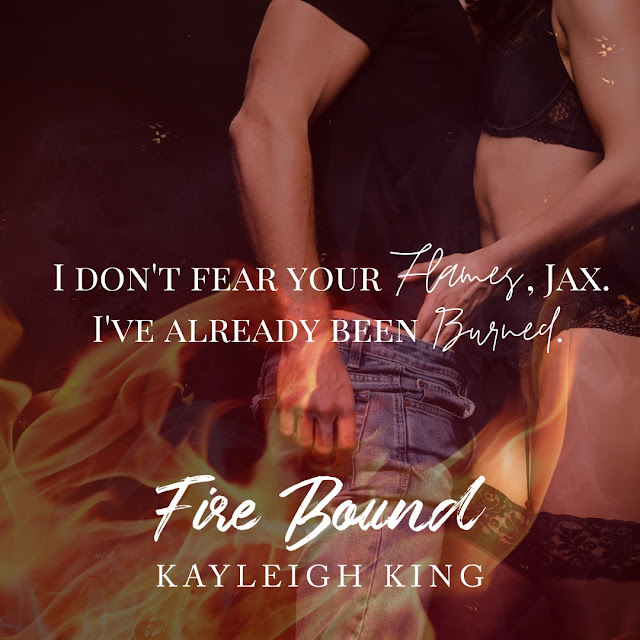 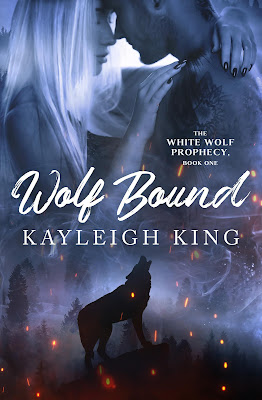 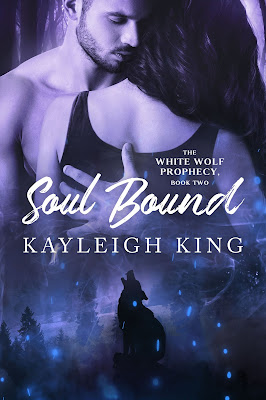 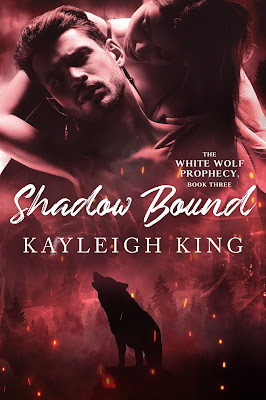 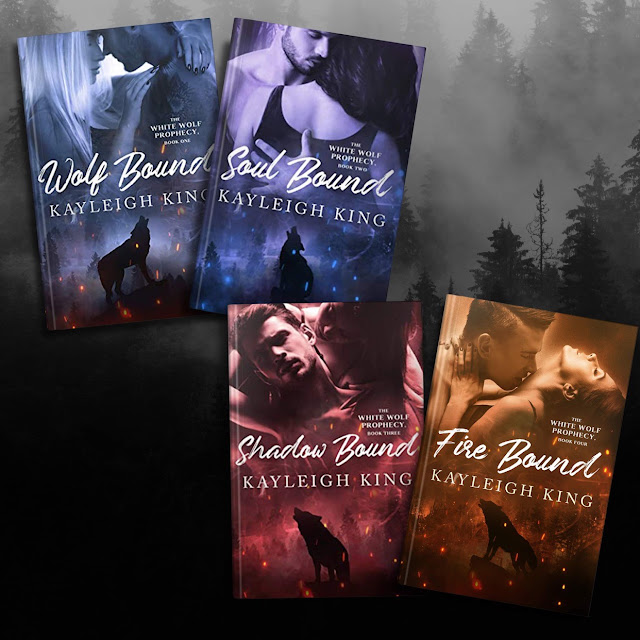 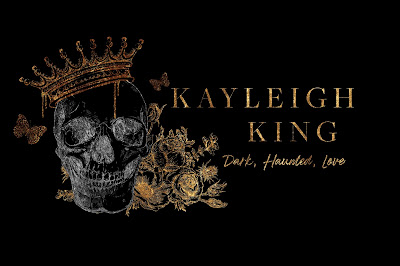 Kayleigh lives in Denver Colorado, just two hours away from some of the best skiing in the world. A luxury completely lost on her considering she avoids snow at all costs. Well, she avoids outside at all costs—she’s what you’d call an ‘indoor cat’. She much prefers to sit inside on her computer all day drinking massive amounts of caffeine. She’d have an IV drip of the stuff connected to her if she could.
When she’s not writing, you can find her binge-watching Netflix like it’s her job. Or at the local Mexican restaurant, because the girl loves tacos and margaritas.
AUTHOR LINKS
FACEBOOK
FACEBOOK GROUP
INSTAGRAM
GOODREADS
NEWSLETTER
AMAZON 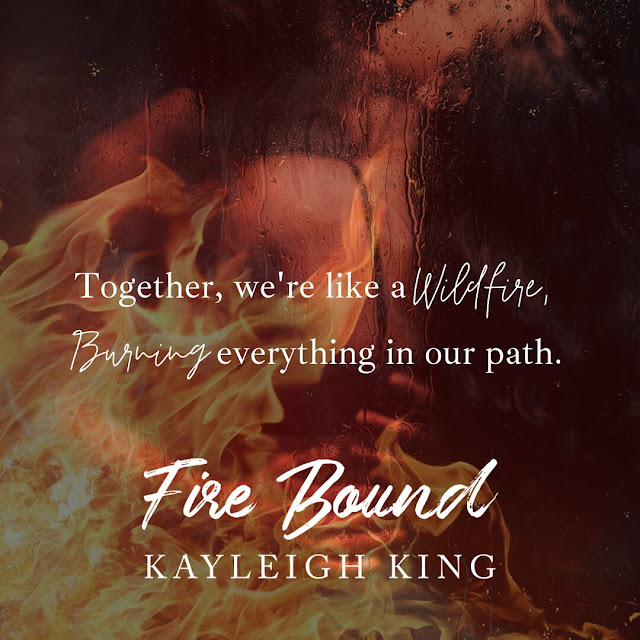