Release Boost - The Grumpy Player Next Door by Pippa Grant 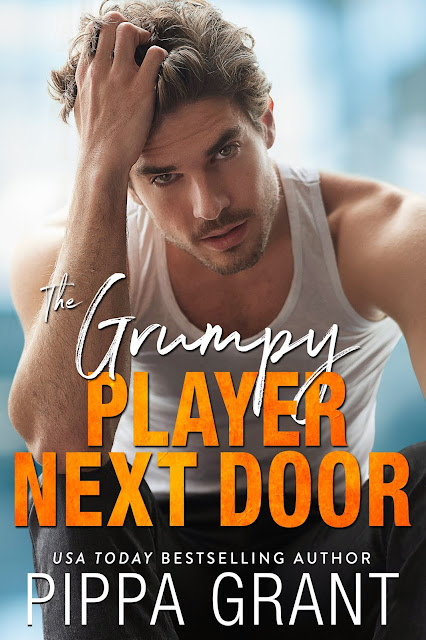 An enemies-to-lovers / sports / grumpy-sunshine / neighbor romance
I, Tillie Jean Rock, am not in love with my brother’s teammate. Sure, he might have those biceps and that “I am the grouchiest of grouchy bears” smolder, and he might shovel snow off his driveway next door wearing nothing but boxer shorts and rubber boots, and he might be running a side business feeding all the stray goats in town, but studliness is only skin-deep.
And I might flirt with him every chance I get, but I swear it’s only to annoy my brother.
And him.
Because Max Cole?
Under all of those glorious muscles and chiseled cheekbones and searing glares beats the heart of a heartless devil.
I could no sooner fall in love with a guy who treats me like a kid, and judges me at every opportunity, and sets an army of garden gnomes loose on my yard, than I could fall in love with my grandfather’s pet parrot.
But I can definitely annoy him. I can one hundred percent get on board with annoying him.
That’s what you do when you don’t like your neighbor, right?
But you know what they say about love and hate…
It’s a very thin line.
Especially when the real reason I’m not in love with Max Cole—that he’s incapable of love—might not be true at all.
The Grumpy Player Next door is a fun-filled enemies-to-lovers romcom featuring a ray of sunshine on a mission, an athlete who’s only grouchy around her, and an epic prank gone wrong. It stands alone and comes complete with small-town shenanigans, a goat who’s not nearly as wise as his name suggests, and proof that sometimes, love is the best kind of vengeance. 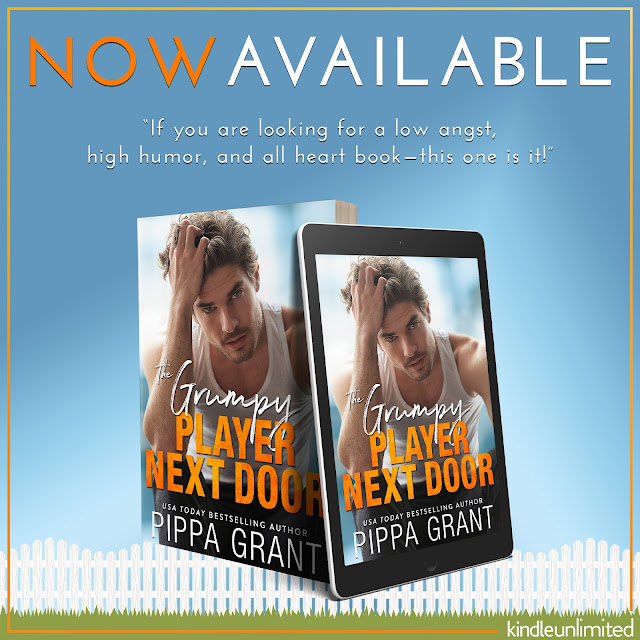 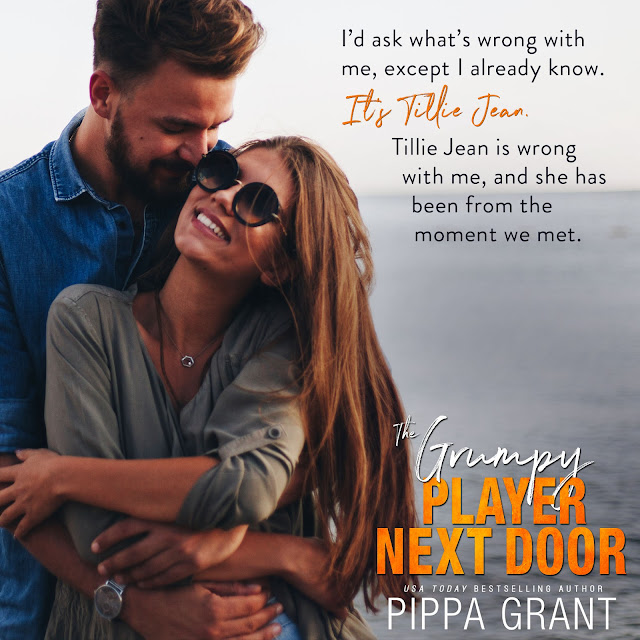 EXCERPT
There’s a fine art to revenge, and today, I am arting the hell out of it. I’m talking cackles of glee, evil cartoon overlord-style, rubbing my hands together while bouncing on my toes. Reminding myself to shut up because my brother will be home from his morning workout any minute now, and I don’t want to tip my hand when he doesn’t know I’m waiting for him here in his house up on the mountainside.
You would think he would’ve learned to engage his security system more often by now.
But he hasn’t, which means I’m here, armed and dangerous and ready, and I’m cackling with glee all over again.
I know, I know. Is this really how you want to pay him back for having a box labeled “dildos” delivered to you at your parents’ house in the midst of all the pre-wedding activities for your other brother last week?
Yes, actually.
Yes, it is.
It’s payback time.
Also?
I have zero doubt Cooper will have mad respect that I’m doing this.
Sort of like while I was pissed when he replaced my coffee beans with roasted goat poop before he left for spring training nine months ago, I very much respected that he pulled it off, even if I wasn’t pleased at having to admit that that was the prank that took him over the top to win in our annual off-season prank war.
But this winter?
This winter, my brother Cooper “Stinky Booty” Rock is going down.
The universe told me so. Why else would it have hand-delivered that video into my social media stream to inspire me right after I finished figuring out where to donate an unopened box of dildos?
I cackle again.
And then I slap my hand over my mouth.
He’s home.
There’s his dark head, bent toward the knob, beyond the tempered glass panel beside his front door. He’s dressed in Fireballs red, which is more orange than it is red, and he’s probably worn out from lifting at the gym.
Yesterday was cardio day.
I know, because he ran past Crusty Nut, our dad’s restaurant where I’m the manager five days a week, at least two dozen times without stopping in once to say hi.
I haven’t seen him since the wedding several days ago, which either means he’s avoiding me and the revenge he knows I owe him, or he has a stick up his butt and has forgotten the little people.
Or, possibly, he’s distracted, in which case, he needs this.
I squat into position at the top of the stairs, as hidden as I can be while still seeing my target, Nerf blaster locked and loaded, waiting while he fumbles with his keys.
For the record?
It’s not easy to hide at the top of a curved staircase. I’m on my belly now, half-angled behind the wall of the hallway to his guest bedrooms, peering between the slats of the banister, hoping all my target practice pays off.
Steady, TJ. This is what you trained for.
The lock clicks.
I flatten myself lower and take aim.
The door swings open.
Dark hair in the foyer. Go go go.
I squeeze the trigger, sending a rapid blast of modified foam darts at the six balloons floating in the space above the door.
The needle sticking out barely an eighth of an inch in the tip of the first dart connects. One helium balloon pops. Then two more, followed by the fourth and fifth. The sixth shifts after getting hit, like it’s a tough guy balloon. It’s the ninja of balloons, and it doesn’t want to participate in my dastardly plans today, but that’s okay. The other balloons are bursting in a sparkly, shiny, beautiful pink glitter spray that’s splattering on the walls, exploding from its nylon shell and raining down like a spring shower, coating the walls, making the air sparkle, and dusting all that dark hair as Cooper’s lifting his head. “What the—”
And in the span of a heartbeat, before he can finish that sentence, I realize my mistake.
My terrible, horrible, very bad miscalculation.
If I were a superhero, I’d be sucking all that glitter into my lungs and redirecting it into my brother’s bedroom, which is likely what I should’ve done in the first place—hindsight, right?—but I didn’t. This was so much more dramatic and didn’t risk me having to find out which local he’s screwing around with in his spare time, as she’d be coated in glitter too after rolling around in his sheets, except my prank has failed.
It has failed spectacularly.
“Oh my god,” I gasp.
That’s not Cooper.
That is so not Cooper. 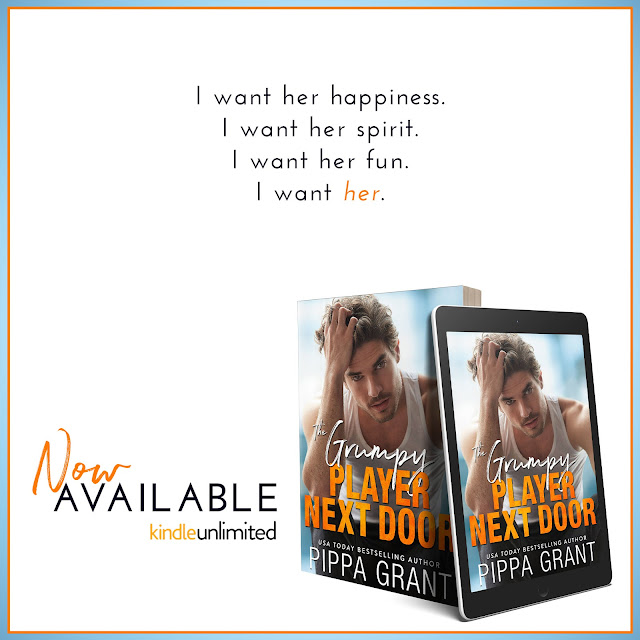 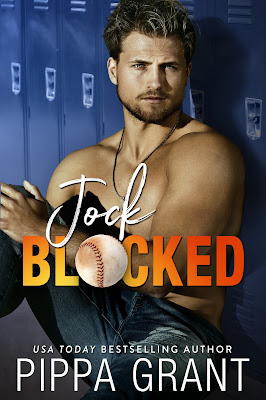 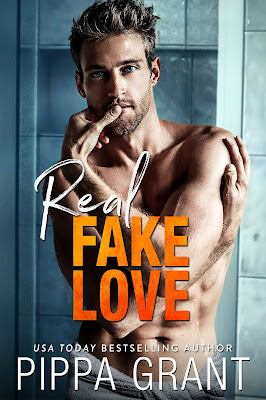 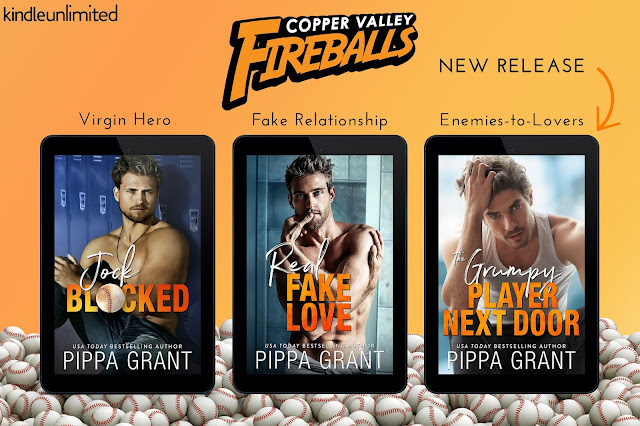 Pippa Grant is a USA Today Bestselling author who writes romantic comedies that will make tears run down your leg. When she's not reading, writing or sleeping, she's being crowned employee of the month as a stay-at-home mom and housewife trying to prepare her adorable demon spawn to be productive members of society, all the while fantasizing about long walks on the beach with hot chocolate chip cookies. 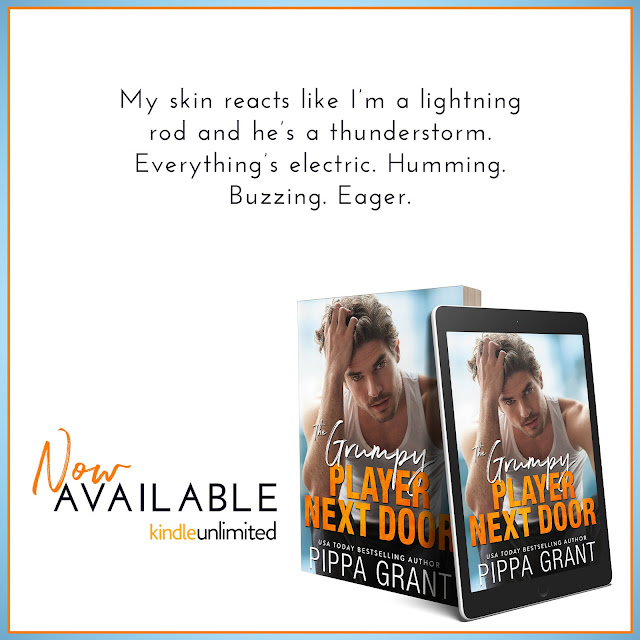 GIVEAWAY
a Rafflecopter giveaway
Posted by Give Me Books at 12:10 pm