Blog Tour - Front and Center by A M Madden 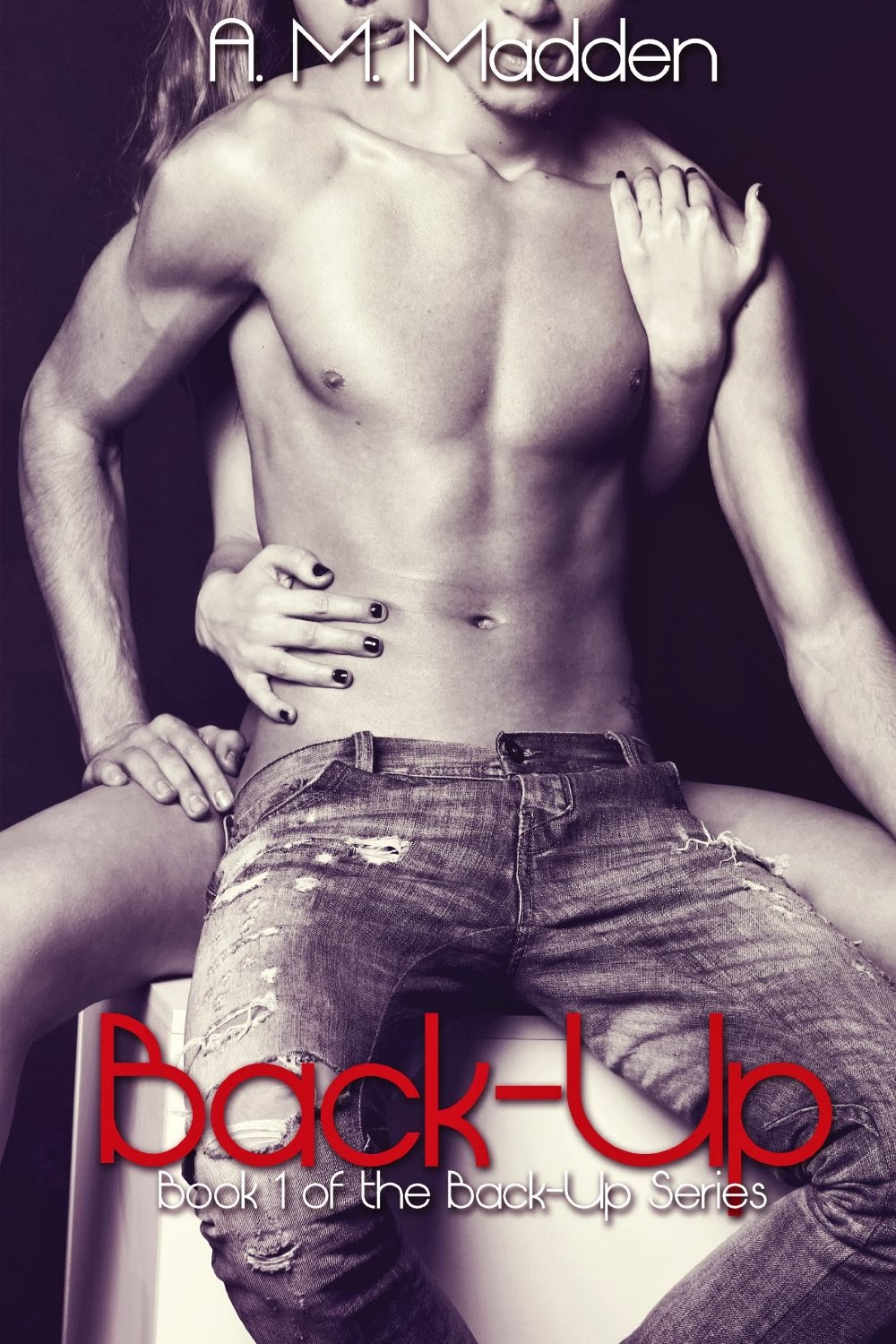 Leila Marino's biggest dream is to become a rock star. A lucky opportunity has her auditioning with an up & coming rock band named Devil's Lair. The band hires Leila as their back-up singer, signing her up for months in the studio and touring on the road with the sexy bunch.

Jack is the quintessential rock star...gorgeous...sexy...a walking orgasm. Jack Lair is the lead singer of Devil's Lair and his dreams are becoming reality as his band climbs the ladder of success. He's living the perfect life, and enjoying every minute of it. With a steady stream of sexual conquests that satisfies his raging libido, he thinks he has all he needs in life...until Leila enters it.

Jack is not prepared for the sudden pull he feels towards Leila, and struggles daily to deny his attraction is anything more. Leila finds falling for her new boss is constant torment. Both convince themselves friendship is their only option. 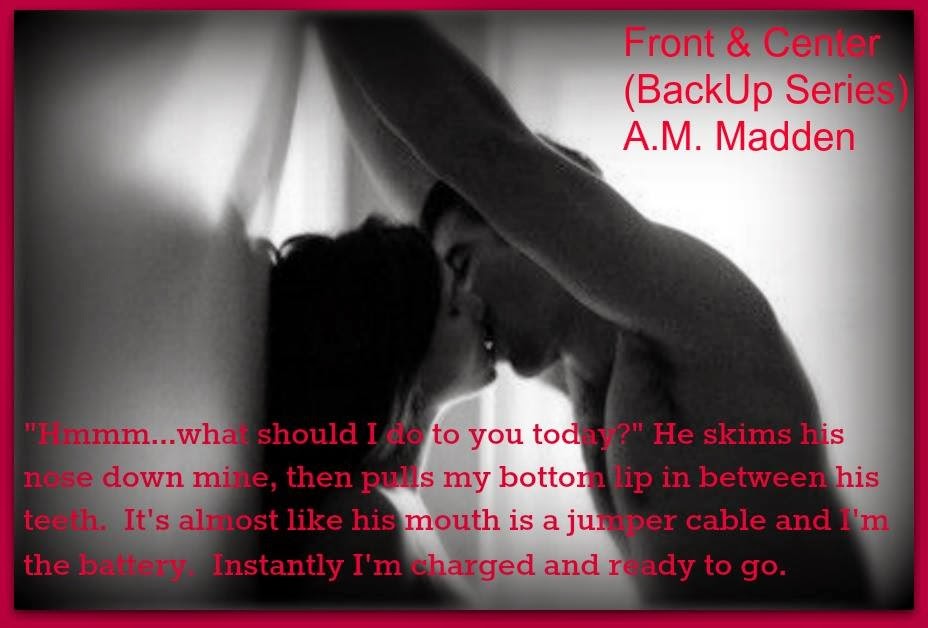 4 Rock Stars!
How do I love rock star romances, oh let me count the ways. Just kidding, rock stars and fighters seem to be my guilty pleasure as of late. My TBR pile grows and grows more each day. I have no idea what took me so long to read this book, I've seen a lot of people posting on Facebook about Jack. Well thank you all for talking up Jack, because you helped push this book to the top of my pile.

I really enjoyed this book, Leila was such a great character and I found myself relating to her easily. Jack was hot! This book is loaded with sexual tension and angst, which I love! I really had quite a hard time putting this one down. I shall sit here and bide my time until I can get some more Jack in my life, cannot wait for book two. There is a bit of a cliffhanger in this book, but don't shy away because of that, I promise the story is worth it. 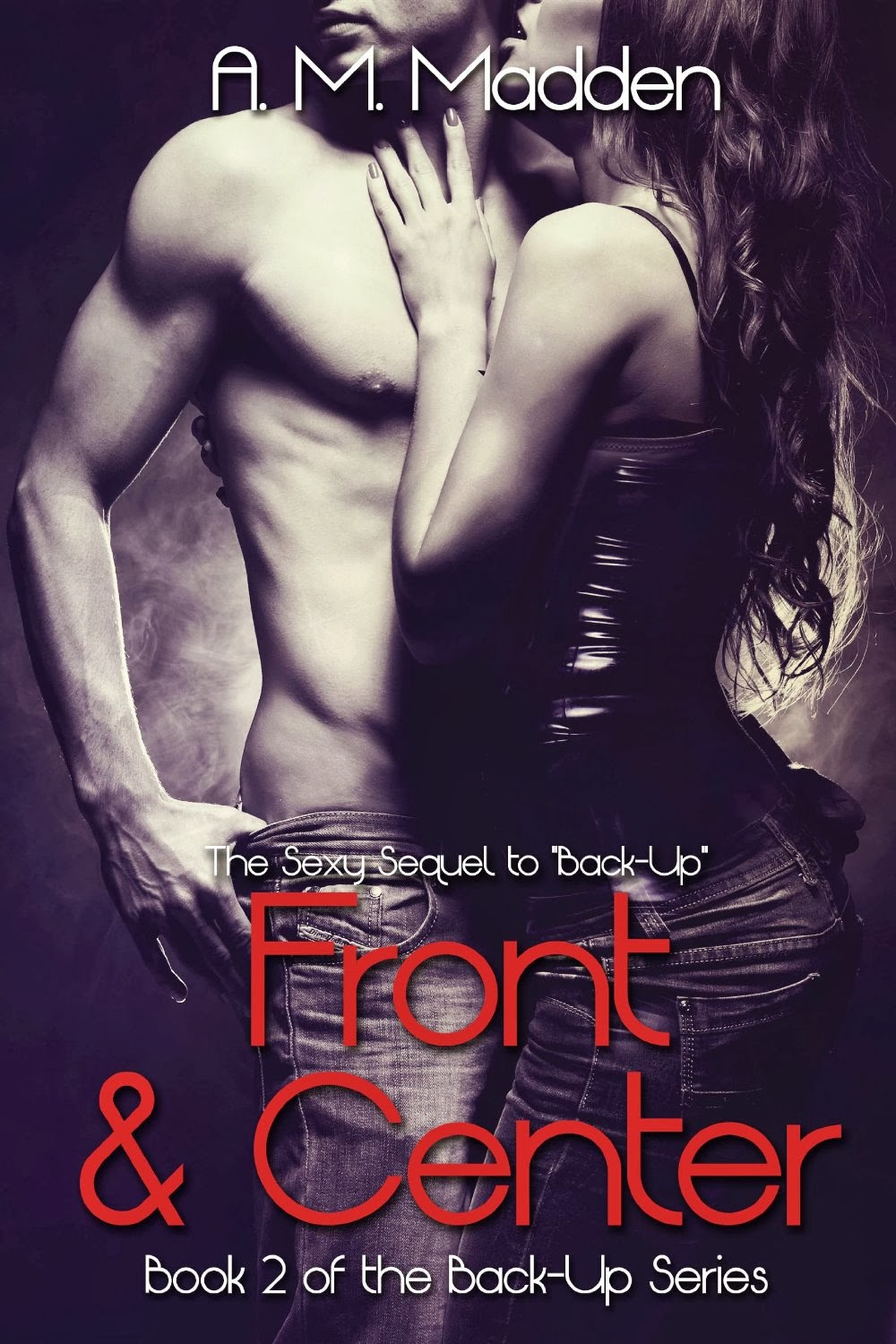 Jack was a rock star on the way to fame. Leila was following her dream and joining his band as a back-up singer. An insane attraction sparked between them that they couldn’t deny. Attraction quickly led to so much more. They ignored all the warnings and fell in love.

When the couple embark on their tour, they couldn’t be more excited to travel the country hand in hand on the way to stardom. The road ahead is filled with miles and miles of possibilities. Along with their band, Devil’s Lair, they feel nothing could stop them.

An angry ex-band-mate, a pregnant ex-girlfriend, and never-ending Internet gossip all attempt to wreak havoc on their developing relationship. New love does not mix well with stress, pressure and guilt. Together they face each and every challenge, stubbornly fighting for what they have. Will their determination be enough?
ADD TO GOODREADS 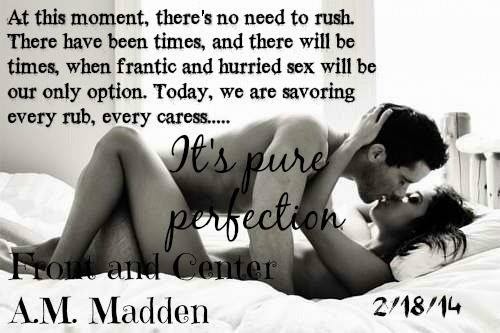 4 1/2 stars
Jack and Leila are back! Their tour has begun and they are adjusting to being a couple and life on the road. I enjoyed The Back-Up a lot and was so excited the day this little beauty landed on my kindle. I do not recommend you read this without first reading The Back-Up

If hot and steamy is what you like, WOW! This book as it in abundance. Jack and Lelia have such combustible chemistry, they just can't keep their hands off each other. Whether it's their dressing rooms, the tour bus or a hotel on their tour stops these two are one sexy couple!

I loved the twists and turns that were added to this book. The suspense element was written so well I really couldn't figure out where it was going to end up. I can usually see those a mile away. The antagonists really kept me guessing as to what they were up to, I hated them, that's a sign of a well written character.

Front and Center was everything I was waiting for, and more in a second book. Definitely looking forward to more and hoping the other band mates get their own books too! Encore, AM Madden!
~ Review by Erin 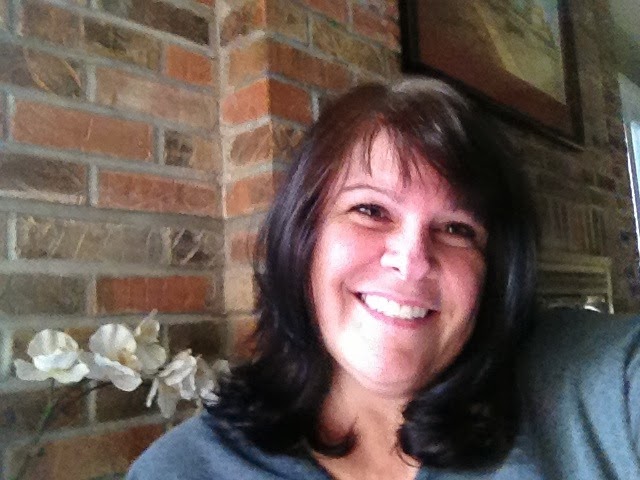 A.M. Madden's debut novel Back-up is the first in a series of three. Front & Center, book 2 is also now available. Book 3, Encore is scheduled for release in early 2014.

A.M. Madden is a wife, a mother, an avid reader of romance novels and now an author. In Back-up she aspired to create a fun, sexy, realistic romantic story. She wanted to create characters that the reader could relate to and feel as if they knew personally.

A self proclaimed hopeless romantic, she loves getting lost in a good book. She uses every free moment of her time writing, while working a full time job as well as raising teenage boys.