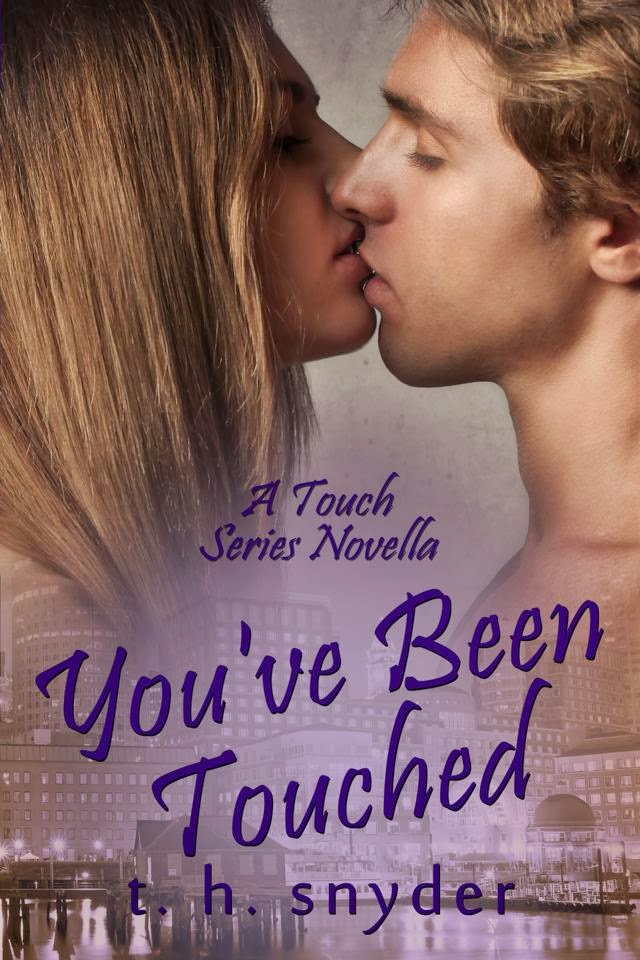 Char and Riley have encountered pain and heartache in the past. They were sure that they would never meet someone that would heal their hearts and allow them to love again. Then, on an ordinary Sunday, a newspaper in a minimart changes their lives forever.

Although they share a strong physical connection, they ultimately hunger for one another’s emotional touch.

No matter how hard they’ve tried to stay away from each other, the magnetic force between them has always remained strong.

Char and Riley have been through it all; love and loss, trust and deceit. They are the glue that holds their Boston family together and the ones that would be lost without the love and support of their family and friends.

Today is the day we’ve all waited for—the magical moment when two lives become one.

Request the pleasure of your company
to celebrate their wedding. 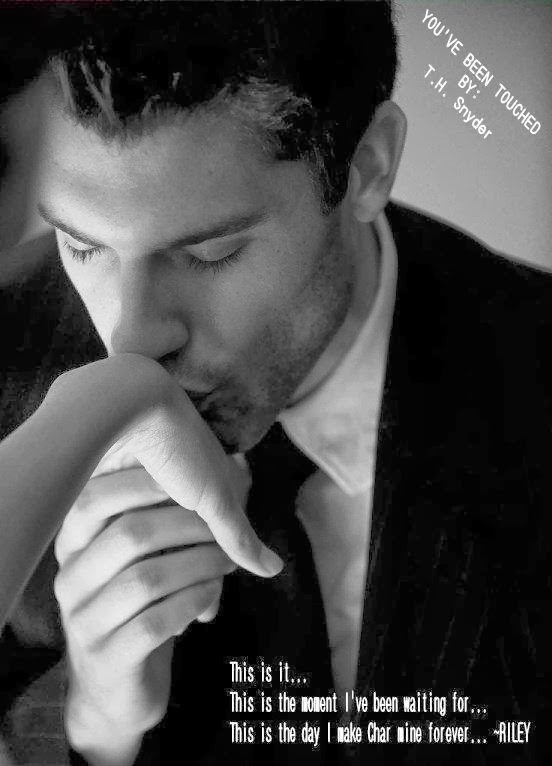 All Titles in the Touch Series are on sale for 99c 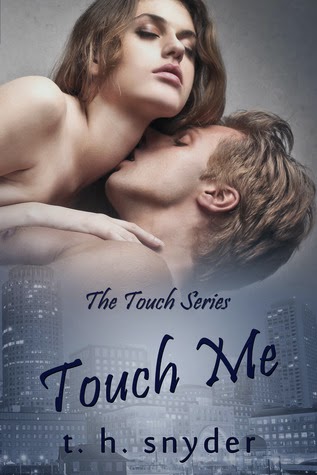 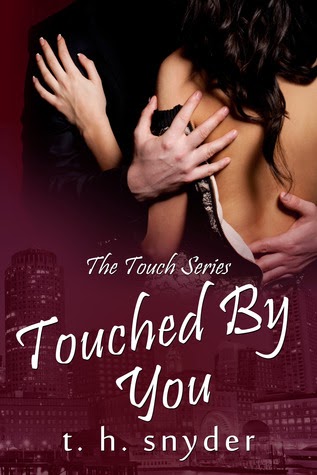 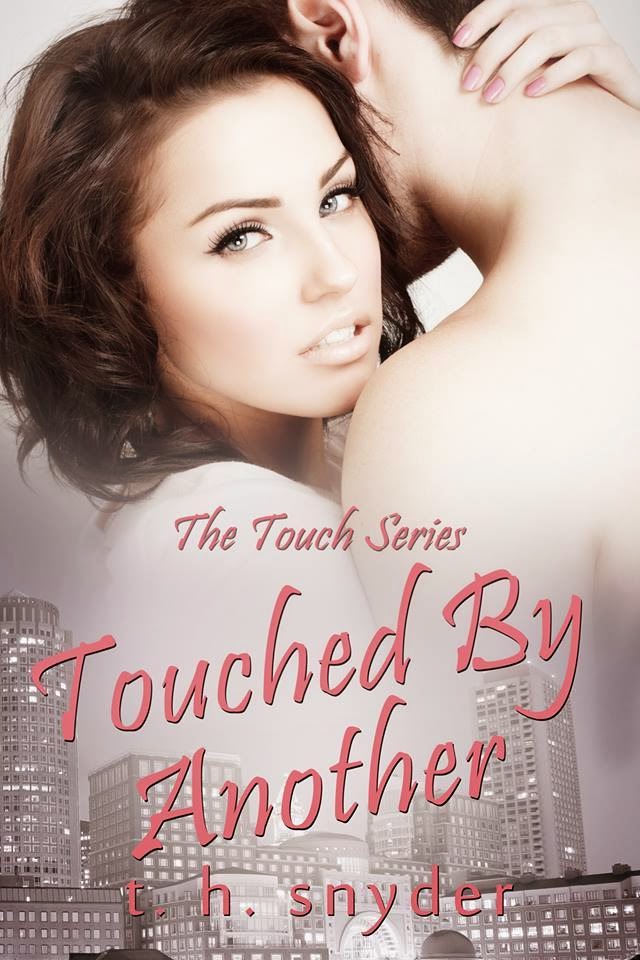 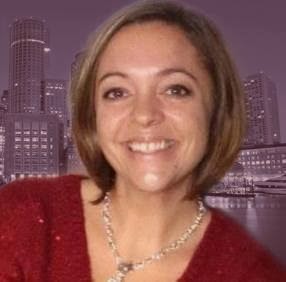 T H Snyder (1979) was born in Allentown, Pennsylvania. For six years she worked in the field of higher education while earning her Bachelor and Master Degrees in Management from University of Phoenix. She's a single mother to two children. She became an avid reader in spring of 2012 and since has read over 250 books. Her genre of interest ranges from Romance to thrilling Paranormal. This is more than just a hobby for her, it's a passion to read the words of great authors and bring life to their stories with her reviews and character castings. She started writing her first novel in June of 2013 and is anxious to see where this journey takes her!! 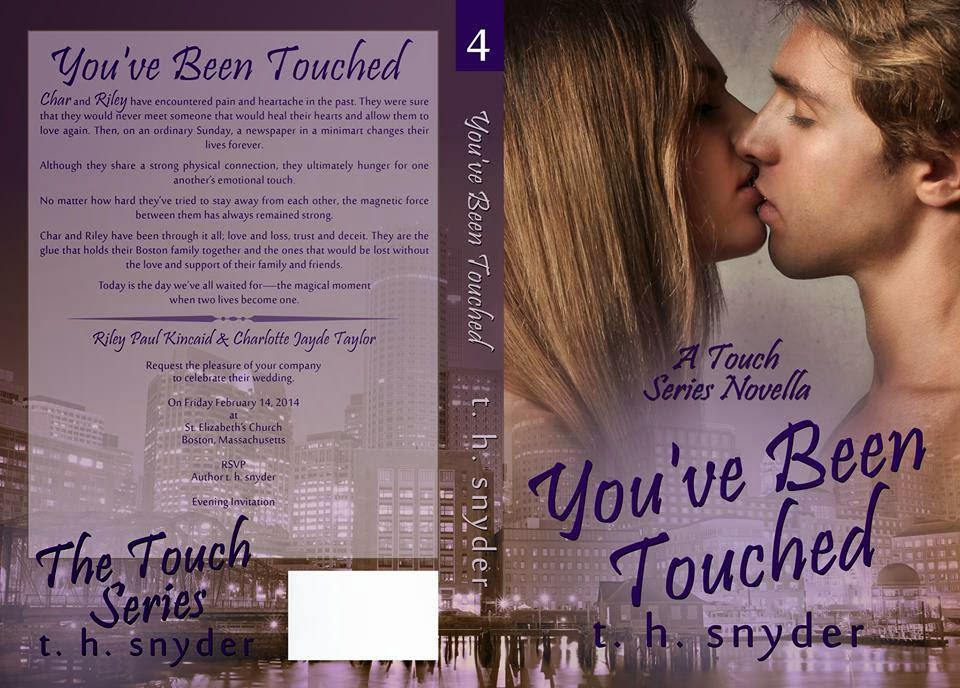 Email ThisBlogThis!Share to TwitterShare to FacebookShare to Pinterest
Labels: Cover Reveal, T H Snyder, Touch Me, Touch Series, Touched By Another, Touched By You, You've Been Touched