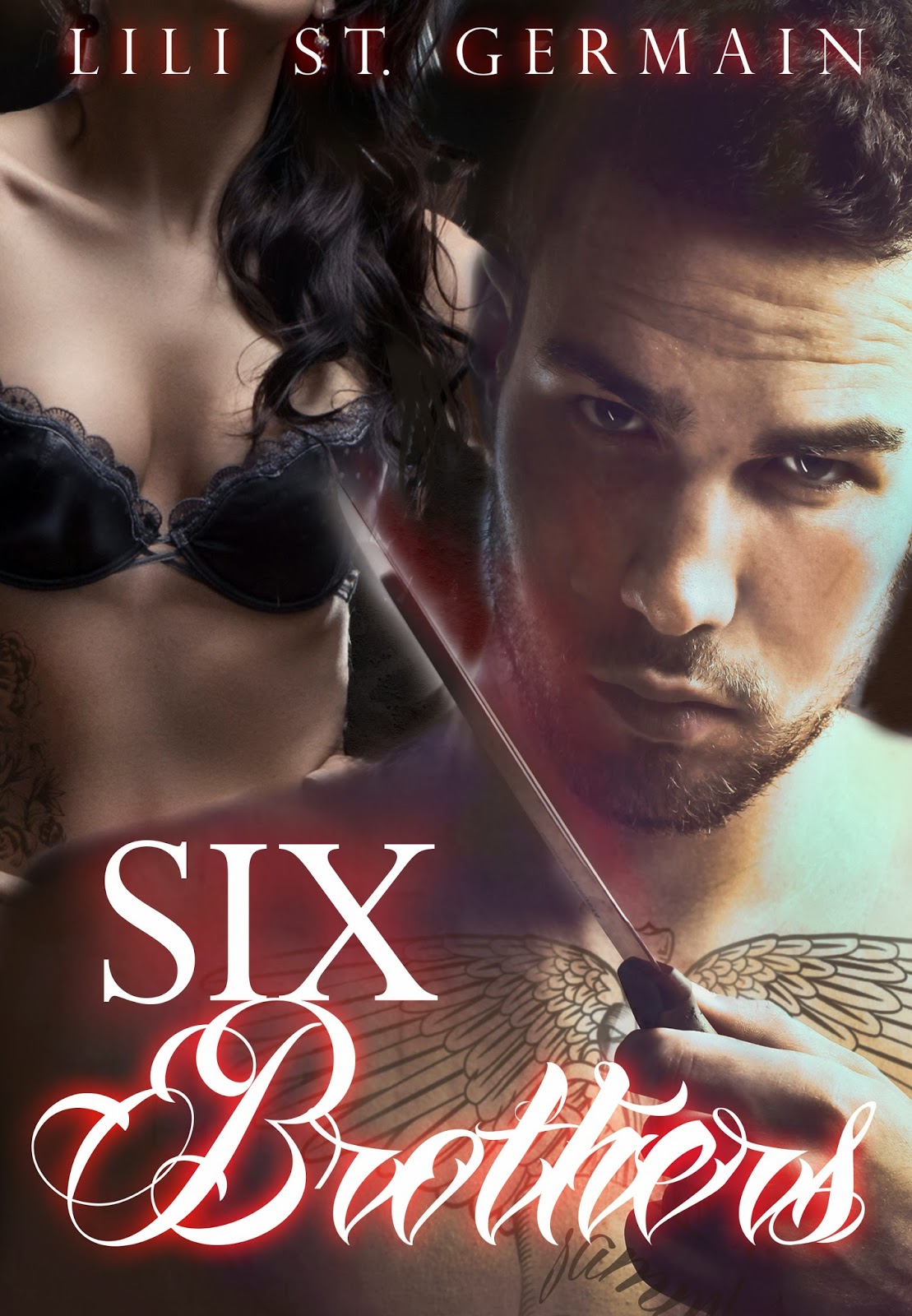 I have given my body and my life to the man who destroyed my family and left me for dead.

I have killed, I have sinned, and worst of all, I have enjoyed the misery of others.

I have licked the salty tears of a father mourning his firstborn son, and nothing has ever tasted so sweet.

I have died, and I have been resurrected, a phoenix from the ashes.

But I don’t care. It will be worth every lick of the devils flames on my guilty flesh to destroy Dornan Ross.

One down, six to go. 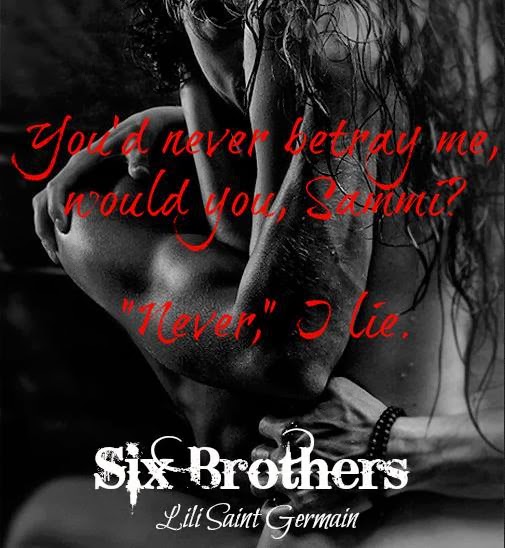 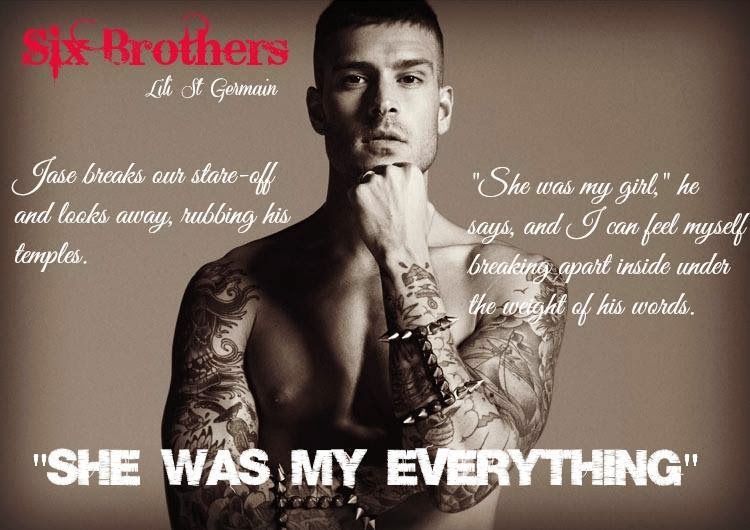 Sex, violence, revenge. What more can you ask for in a book, oh yeah a GREAT story line. This series has that in spades. I have eagerly been anticipating the next installment in Lily St Germain's series since I read Seven Sons last month.

The intricate web Ms St Germain weaves in this story is so well written. I'm already biting my nails in anticipation for the next book.

In order to read and appreciate Six Brothers it is an absolute must that you read Seven Sons first, it lays the groundwork for the debut of this fantastic series. While these are quick 100 page reads, the subject matter is not light by any means.

Sammi is a formidable foe for the Gypsy MC club. I cannot wait to see what she has in store for the next brother!
~ Review by Erin 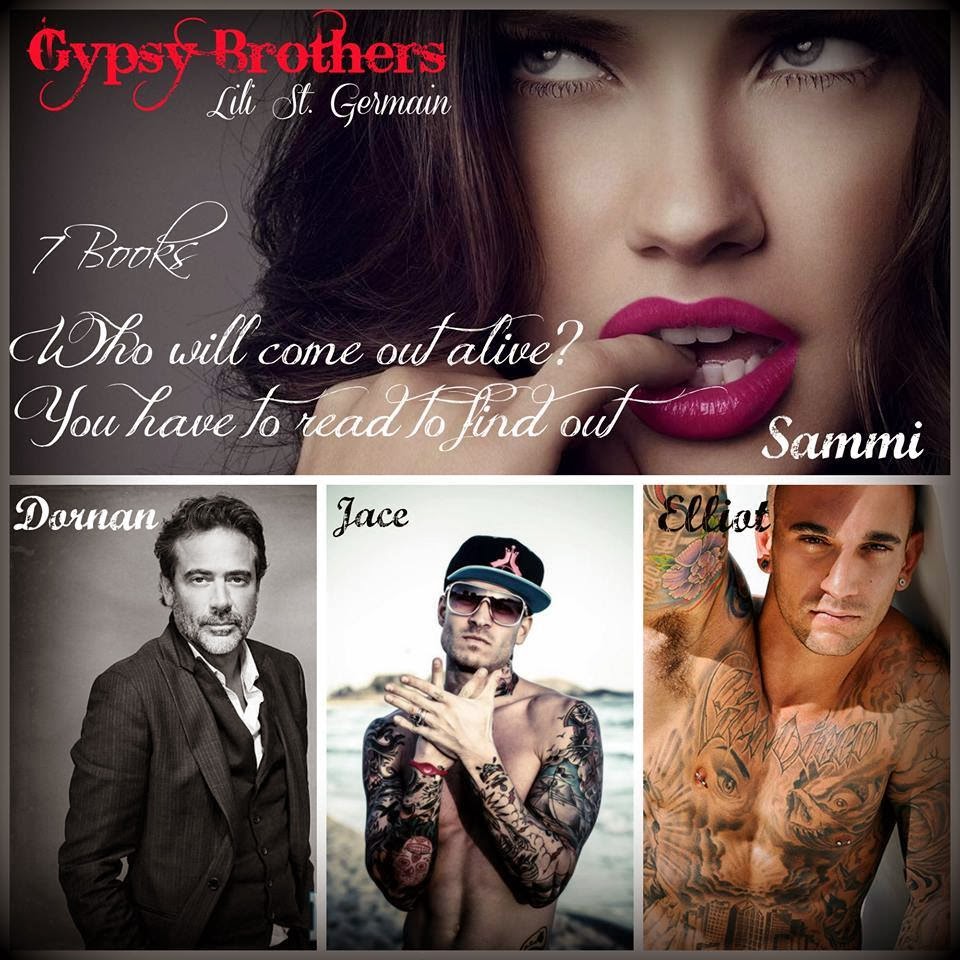 Prologue
Some people would call me a whore. A girl who sold her soul to the devil. Who let him inside her, with no remorse. Who danced with the monster who destroyed everything.

To those people, I say only this: I didn’t have to sell Dornan Ross my soul. He already owned it. And once I’ve killed him, maybe I can get it back.

When I think about life before Juliette Portland supposedly died, I think of the midday sun, and the way it caught the water, making a million tiny diamonds glisten in the Venice Beach waves. I think of laughter and first kisses, of ice cream, stolen beer, and Ferris wheels.

I think of how much I loved Jason Ross, and how valiantly he fought to protect me when the rest of his family were beating and fucking me to within an inch of my life.

I think about my father, and how whenever he was near, I felt safe, no matter what.

I think about my mother, and how indifferent she was to my existence, to the point where my father was going to take me away from everything, including her, so that we could have a life free of the constant danger that a club like the Gypsy Brothers meant.

I think of how, if he had succeeded, what a wonderful life that would have been.

It’s true what they say—keep your friends close and your enemies closer. Only, they forgot to add: Don’t keep your enemies so close that they can strike without warning. That was my father’s mistake. That was our fatal undoing.

When I was planning my revenge, I vowed not to make the same mistakes he did. Allowing the enemy too close—Dornan was VP of the club, my father had been the President, but he had been quickly losing control as Dornan and his sons outnumbered him.

I vowed not to make the same mistakes my father did. But here, now, laying pinned beneath Dornan as he fills me with his rage and grief, his eldest son dead by my hand and the funeral in just a few hours, I have to wonder if I’m heading down the exact path that led to our destruction all those years ago. 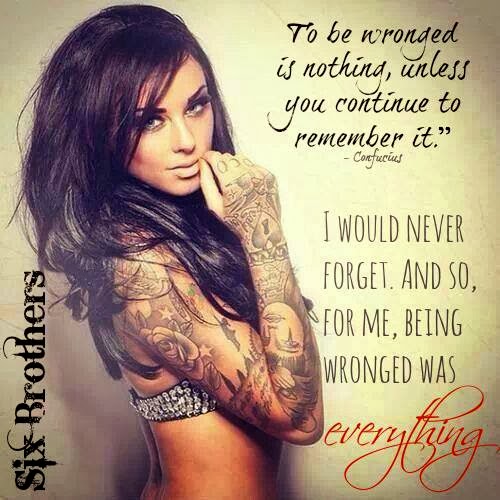 Lili writes dark romance. Her serial novel, Seven Sons, was released in early 2014, with the following books in the series to be released in quick succession. Lili quit corporate life to focus on writing and is loving every minute of it. Her other loves in life include her gorgeous husband and beautiful daughter, good coffee, chocolate, wine, and hanging at the beach. She loves to read almost as much as she loves to write.