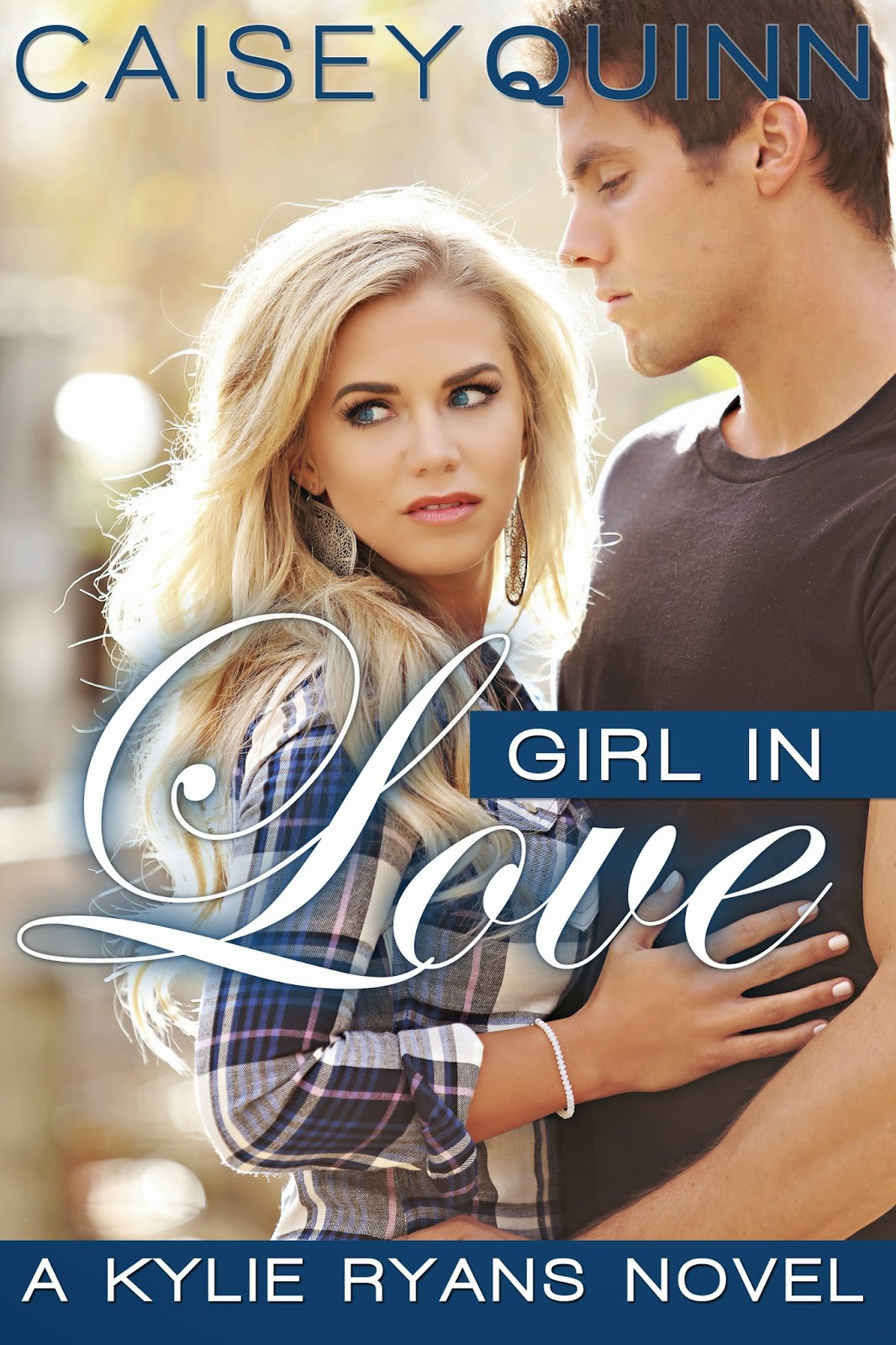 Kylie Ryans is the biggest thing to come out of Nashville since, well, since Trace Corbin. With a hit album and a powerful label behind her, she appears to be the girl who has it all.

But appearances can be deceiving.


Fresh out of rehab, Trace Corbin is ready to take on the world. Just not the girl he walked away from. Because if there's one thing he knows for certain, it's that the people you love are the ones who have the power to destroy you.

As their worlds collide, they'll have to make the ultimate choice. Follow their dreams, or give it all up for love.

They say love conquers all, but for Kylie and Trace, it just might wreck everything they've worked for.

4.5 CMA-Worthy Entertainers of the Year Stars


This series has been like entertainment magazine or E! News. I needed to keep updated on all things Kylie and Trace. To some they may just be a couple from a book, but to me they are one of my favorite celebrity couples who you root, awe and ache for. Like Faith Hill & Tim McGraw or like Blake Sheldon & Miranda Lambert – Kylie Ryan and Trace Corban rank right up there in matches made in country stardom. The first book was building Kylie’s foundation for her talent but also for them as a couple. The second book was half honeymoon stage of their relationship and the other half completely broke me. I was beyond ansty to get my hands on this third book and Ms. Quinn did not drop any clues as to what to expect. The title Girl In Love does not tell me if Kylie is still in love with Trace or if she is in love in general (I don’t know about you but the name Trace sounds a whole lot more appealing than a guy named general!).

We have seen Kylie grow both as a woman and as a country star over the first two books, but after unfortunate misunderstandings leading to a devastating heartbreak, Kylie cracks. She is no longer the hopeless romantic, bubbly, youthful gal with a feisty side….. she is  depressed, drowning herself in her music to avoid reality, too afraid to let herself care for people in fear of them leaving her.

With the help of her friends, Mia especially, Kylie snaps out of her rut that she was sinking in. Damn, when she rises she is a firecracker with sparks, sparks emitting betrayal, hurt, lust and confidence.

"I’m not the one that your mama would choose. I’m not the kinda girl that you propose to. Turns out I’m just fine with a one-night-stand. Baby I’m not lookin’ for a wedding band. I’m not a nice girl."

So what happens when you bring Trace back into the mix? Two broken souls are presented with a helluva obstacle course, they both must navigate if either wants to come out of the course as separate pieces, let alone come out together as a whole. Caisey Quinn does not take it easy on your heartstrings. She never played the chord you expected her to regarding this couple, which left you biting your nails anxiously, to find out if Kylie and Trace could get their happily ever after. And the lyrics Ms. Quinn offers could give Taylor Swift a run for her money… move over T-Swift make room for C-Quinn!!

It isn’t only Kylie that has growing to do, throughout the whole book I had my cheerleading outfit on for Trace Corbin. It broke me when he left Kylie for rehab at the end of Girl on Tour, yet I gained so much more respect for him having the courage to get help.

Ms. Quinn does an exceptional job handling the topic of alcoholism. The struggles, the concerns from others and the uncertainties surrounding Trace are all so realistic that you, as the reader travel on the journey to recovery with him. However, his recovery is anything but a straight path. Could the lifestyle of going back on tour trigger his craving, then add a tour with Kylie, is Kylie a trigger for him? While many doubts consume Trace, one thing is for certain, his selflessness in this book knows no bounds. Unfortunately for Trace, putting others well-being ahead of his own has a habit of costing him dearly.

"Because he wasn’t just a fuck-up. He was a champion first-class fuck-up. A regular fuck-up would have lost her. But no, not him. He hadn’t just lost her. He’d lost her twice."

As if these two characters don’t have issues to sort out for themselves, other secondary characters added on the drama and you definitely can’t pry your eyes away. Steven *sighs* I loved this man. Sure he may be cocky. Sure he may have rubbed Trace the wrong way intentionally. Sure he isn’t Grade A Boyfriend material but damn if the man isn’t a drool worthy, tattooed rocker whose dirty mouth is almost up par with Trace. (Almost close but doesn’t count, like being in the same state as Channing Tatum saying “You could of almost met him” yeah you were close but didn’t count!).  Then there is Gretchen *scrunched face*. For 90% of this book Ms. Quinn does a great job utilizing Gretchen as that secondary character who you love to hate. She is always stirring up drama but not necessarily her herself but her presence. The relationship between Gretchen and Trace is a blurred line, you as the reader have a hard time determining what their status is. So I do not blame Kylie in her frustrations and insecurities regarding their “friendship”. Tabloids, photos and Trace’s interactions with Gretchen would make any girl question.  Trace and Kylie’s relationship is like a puzzle, no matter how bad you want a piece to fit you can’t make it work unless you sort through the other pieces to solidify the groundwork around it. Is the groundwork of this couple too broken? Kylie has always acted first, thought later and in this book we see the same process mixed with more maturity

"She’d once begged him not to leave her. And he’d had to go too. She finally got it. Sometimes it was better to walk away. Painful as it might be sometimes that was the only option."

So strap yourself in for one helluva emotional roller coaster. Will Kylie and Trace be able to survive all the twists and turns? Will the loops be too much for Trace? Will he fall off the wagon? Will Kylie be able to let go of looking back at the past to focus on the future?

It is hard enough to write a series that is a sequel,  let alone a trilogy and not replay plot lines or drama. However, Caisey Quinn’s Kylie Ryans series blew me away. Sign me up for Trace Corbin Addicts Loud & Proud. I don’t need nor want to be anonymous! With each book I was sucked in further into both these characters as individuals and as a couple. I won’t lie, at one part of this book I had my moment of “ehh I love both Kylie and Trace so much maybe they shouldn’t be together, I don’t want either to hurt anymore” but then smart, sexy, witty, talented, dirty mouth that will make you pant Trace Corbin reminds you

"And sometimes you have to choose love, Kylie Lou. Even when it isn’t the smart choice, or even the best one for all involved parties."
Yup you can say “Goodbye Heart *waves*”  because if this man as a package hasn’t already stolen your heart, that line right there surely line, hook & sinks ya!
~ Review by Tori

Caisey Quinn lives in Birmingham, Alabama with her husband, daughter, and other assorted animals. She is the bestselling author of the Kylie Ryans series as well as several New and Young Adult Romance novels featuring country girls finding love in unexpected places. You can find her online at www.caiseyquinnwrites.com.