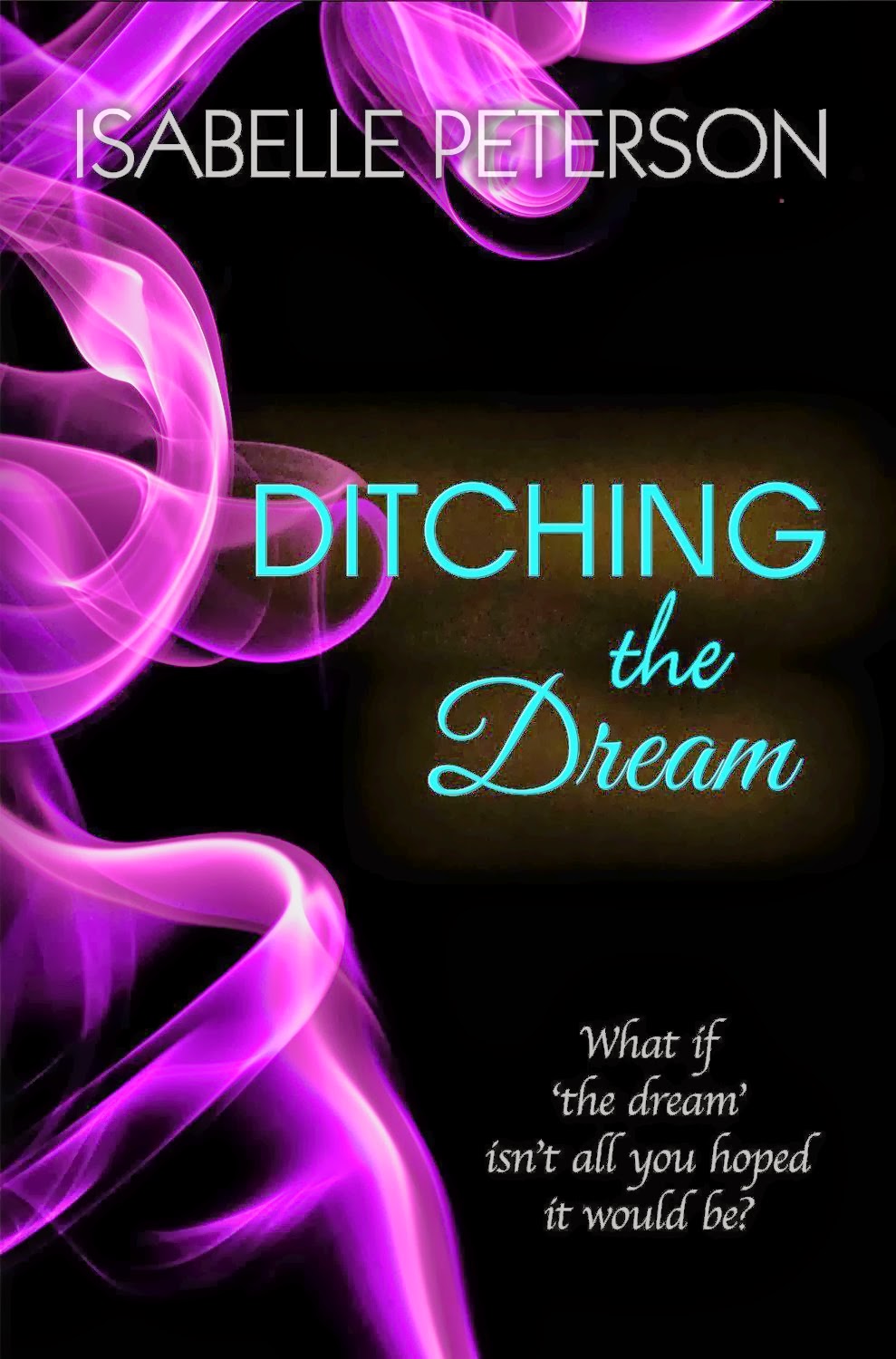 Feeling dead in her marriage, Elizabeth Fairchild ditches the dream of her seemingly perfect life with her husband in search of who she really is.

She went from her parents' house to her husband's home and never really learned to stand on her own two feet. She decides to leave her comfortable life in Napa Valley in search of her inner fire in New York City. She certainly didn't leave her husband to find another man, but she soon finds herself involved with two: Jack Stevens and Kevin Parker.

Jack is older. He has heart-stopping good looks, is wildly successful, and is very much in control of everything around him - especially Elizabeth.
Kevin is younger. He is carefree with a heart of gold and loves Elizabeth's spirit.

While Elizabeth's old life still calls to her, she also finds what she needs in New York. But which dream will she choose?

Ditching the Dream by Isabelle Peterson is Elizabeth’s journey to find her independent self after 20+ years of marriage. She went from her parents’ home to living in a dorm to getting married. She never had to make it on her own. Greg, her husband has taken her for granted, though he’s not a bad husband. She wants to spread her wings and discover what else life has in store for her. She wants to ignite her inner fire and find her identity outside of being a wife and mother. Her three kids are old enough to not need her. So one day she wrote a letter and left her husband and her old life.
Her adventure took her to New York City where she met a hot, younger Spanish teacher named Kevin Parker, who ended up being her neighbor. She also recognized ‘Jackass Jack’ from her teen years when he dated her sister. Now, he’s a hot, older, dominant, successful businessman/ former model. I loved that Kevin and Jack were opposites romantically and sexually. Jack was dominant and introduced Elizabeth to BDSM. Kevin took her dancing and allowed her to take the lead at times.  The sex scenes sizzled… Greg even ‘gave her permission’ to sow her wild oats! But will she ‘ditch the dream’ for her NYC life or reclaim her dream and return to the safety of her old life?
The POV of Greg, Jack, and Kevin are included at the end of some of the chapters, which is different than other books I’ve read. It’s nice to have the other viewpoints, though the author doesn’t indicate in an obvious way that it is another POV. I liked that each guy had a different nickname for Elizabeth. Greg called her ‘Bets’ (annoying to me); Kevin called her ‘Lizzie’ (better); and Jack called her Beth (okay). Greg’s initial whining texts and voice mails did not endear me to him. I’d have left him! Her willingness to explore her sexuality was terrific. Her decision at the end threw me in a tailspin. I wasn’t sure how I felt until I found out that this is book 1 in the Dream series! I love that there is more to Elizabeth’s story… Next up Not In My Wildest Dreams (Jack’s story). 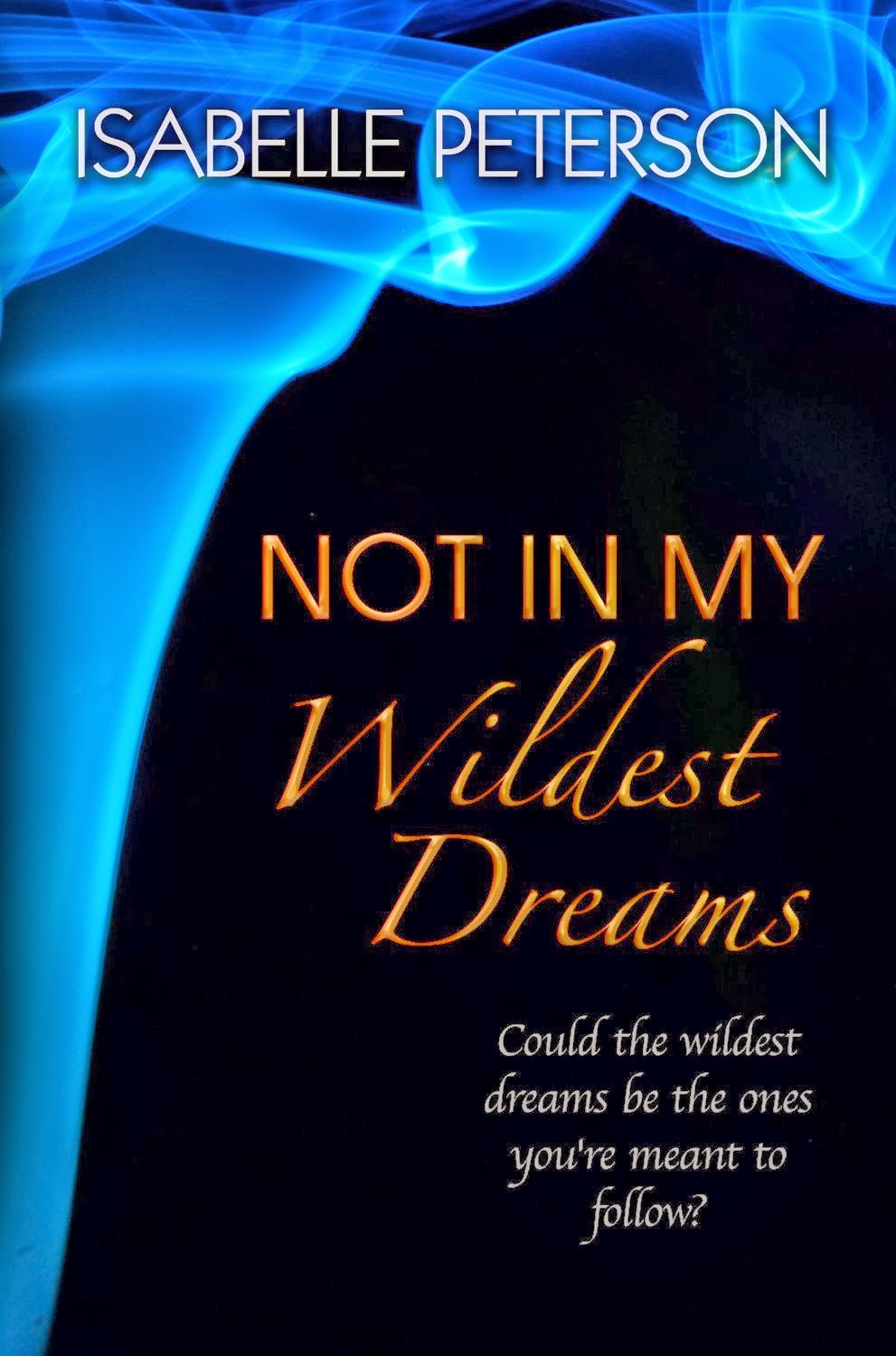 #2 Not In My Wildest Dreams

1979... When eighteen-year old Jack Stevens is spotted in his rural Colorado town by a scout from a New York City modeling agency, his life is flipped upside down. With little more than his looks, he heads to New York with a dream he didn’t know he had. Jack has a rough start, but finds his feet and embarks on an exciting life as a male model in the 1980s living in Manhattan.

2013... Thirty-four years later, a confirmed bachelor, and very successful, Jack is satisfied with his life, until he meets a breath of fresh air—Elizabeth Fairchild. Never in his wildest dreams did he think he’d find a love like he does with 'Beth.' It’s an instant connection.

Following wild dreams had worked for him in the past… Is this another wild dream he should follow? 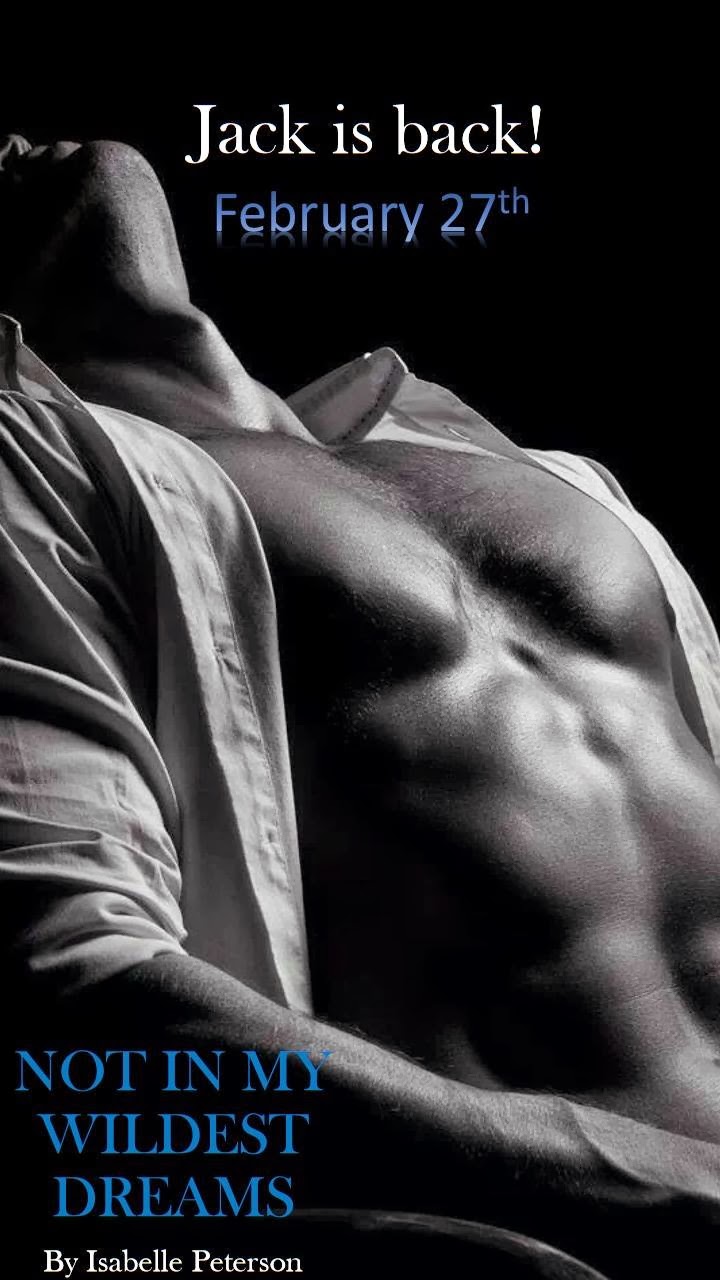 In Ditching the Dream, I liked Jack a lot. I fell in love with Jack in this book. The ending of DTD tore me up and frustrated me. But any upset or surprise from it was explained and satisfied... COMPLETELY!

This book had my attention at the prologue.

"But his heart ached. A chunk had been ripped out leaving a gaping hole that continued to bleed, so he continued to drink."

From his friend's Becca text: "Go get your heart back."

I could feel Jack's pain and loss! This is Jack's story, and it is fascinating. From the small town in Colorado to his 'discovery' by Ford Models to NYC in the late 70's to present day, Isabelle Peterson weaves a great storyline. She reveals behind the scenes in the modeling industry, Jack's first love, his relationship with Becca, and how he became a Dom/Switch. 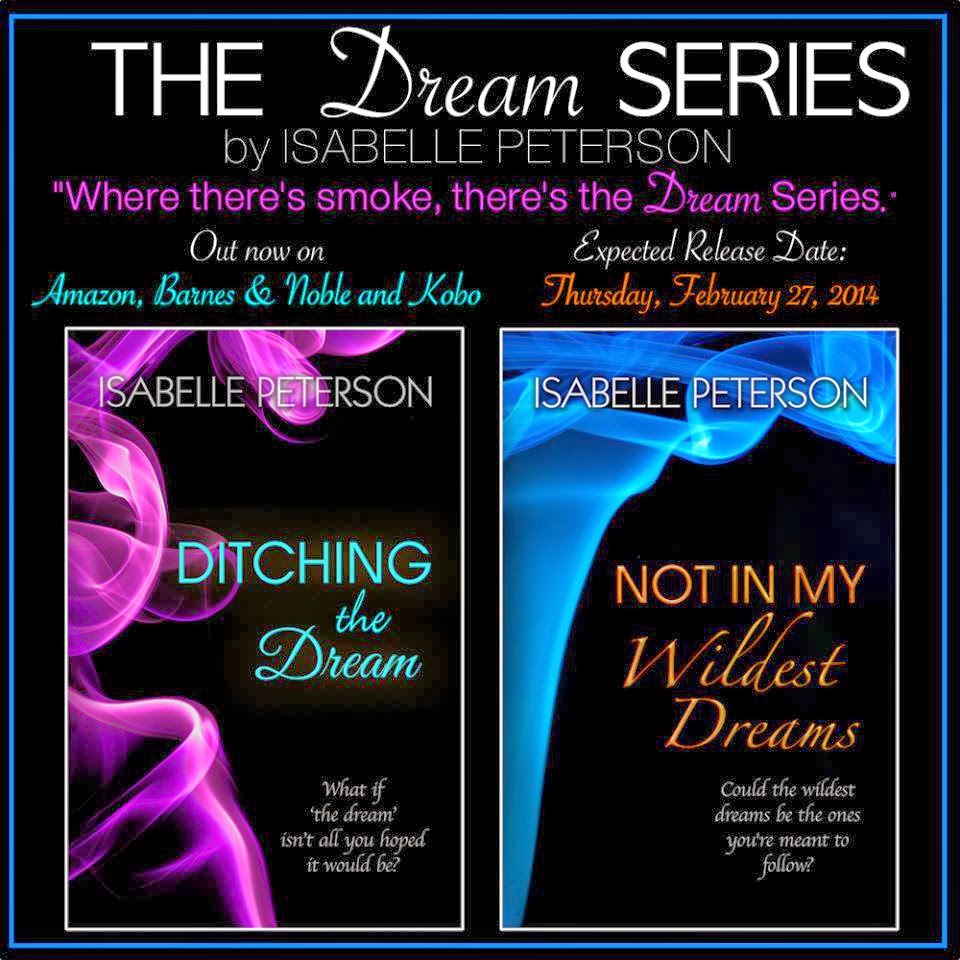 #1 Ditching the Dream
#2 Not In My Wildest Dreams

I started out as a screenwriter - and still am - but after I started Fictional Boyfriends on Facebook, a story started growing in my mind.. one to be told in a book.

I am lucky to have an adoring husband & two extremely talented and bright teens & a scrumptious 9 pound dog. They are all so super supportive of all my writing and I couldn't do it without them.

I live about an hour from New York City.