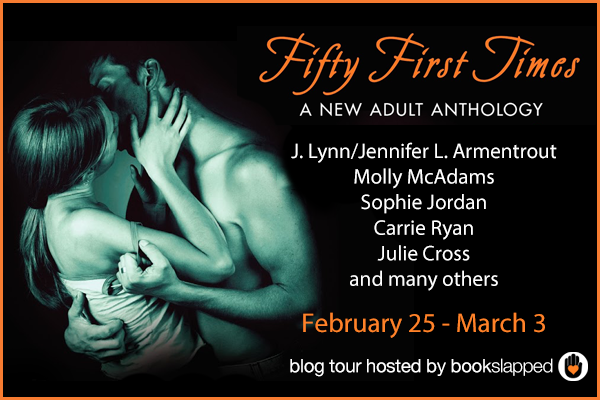 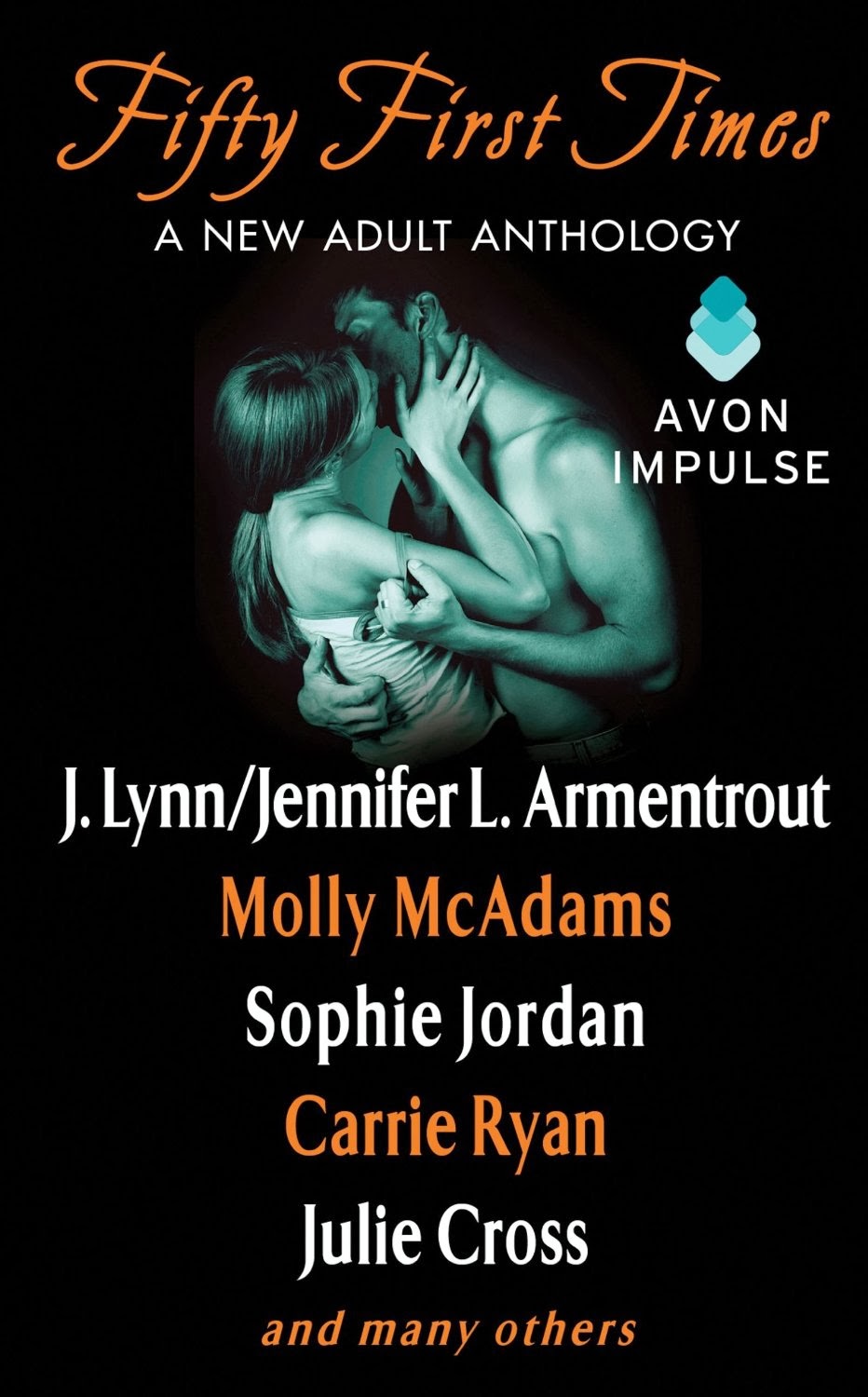 You always remember your first time...
Whether it's the couple who decides not to go through with it, the two boys who finally aren't ashamed, the newlyweds whose wedding night could very well be their last night together, the deaf pair who have no choice but to take body language to a new level--or, of course, the two young lovers fumbling and laughing, getting everything wrong. These are the memories that will never fade.

Join nineteen fantastic authors as they pull back the curtain and give you a peek inside that one intense moment in their characters' lives when everything changes and nothing will ever be the same again.


NOTE: These stories are works of fiction. If you want to know about our first times, you'll have to buy us a pet monkey first.

This is a NA/YA anthology, meaning the main characters are new adults or young adults, none older than 23 years old. Not my favorite age range for romance stories. However, I liked that it contained stories about a lot of different types of firsts: first kisses, first dates, first time having sex, first fights, first time admitting homosexuality, first boyfriend/girlfriend, and so forth. Some of the short stories were prequels to novels. Some stories have sex scenes, some have none.

The first couple of stories didn’t do it for me. The first story that caught my attention was A Little Too Scarred by Lisa DesRochers, an author I had heard of, but had not previously read any of her book. Rene had served in the military and returned with scars and with the loss of an eye and very limited vision in the other eye. But Rick waited for her and loved her as she was. He was so grateful that she returned alive. A touching, romantic story that change my mind about this anthology, made me want to give it a chance and finish reading it.

“I’m done hiding from the world and from myself. And I never could really hide from Rick, even when I tried.” From A Little Too Scarred

And surprisingly for me, a futuristic, sci-fi type Under the Seryn Moon was a sexy, arranged marriage story caught my attention. Two people forced to marry to keep the peace and stop the war between the peoples find real attraction and the blossoming of love.

Another story that drew me in was Going For Broke, where Tressa visits Noel two days before he is supposed to get married. Her desire to have fun, instead of a relationship, broke them apart. She realized that she loves Noel, but never shared her true feelings. Is she too late?

There was male/male attraction between roommates, one where he proposed to her when they were five years old, even a romance between two deaf lovers. Perhaps something for almost everyone. Yet, only about half the stories were ones that I enjoyed. By the way, there are 19 stories in the anthology.

a Rafflecopter giveaway
Posted by Give Me Books at 8:48 pm