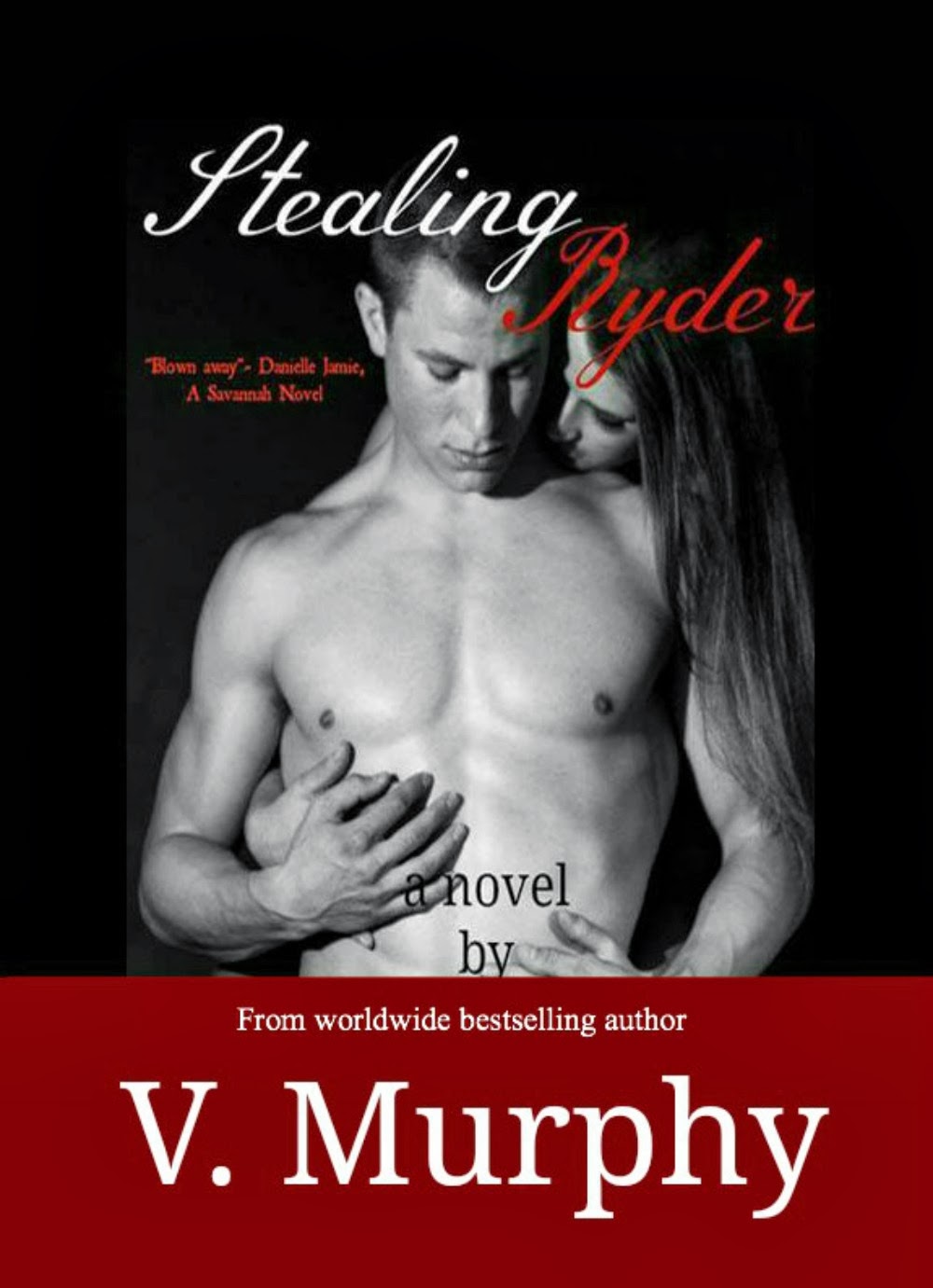 Release Date:  December 8, 2013
What reviewers are saying about
STEALING RYDER

"This series had me in knots but Stealing Ryder was epic! I was torn between emotions at times. Page by page worrying where V. was going with this. Then BAM! I love Ryder. Swooooooon!!! ~ Amazon reviewer, 5 stars


"V Murphy writes books that keep you coming back for more. Stealing Ryder was one of those books. Once you start it, you read it until the end, then go look for more." ~ Amazon reviewer, 5 stars
"I really loved this book, it was even better than the first one. It was romantic, angsty, sad, happy and hot hot hot. It was really perfect....." ~ Amazon reviewer, 5 stars

“I will pick up the pieces of your past and steal your heart forever, Ryder."
She stole his heart in Sharing Harper but will he be able to change his bad boy ways and do everything he can to prevent his ex and his family from destroying their relationship before it even begins?
Ryder Kent, 28, comes from a broken past full of secrets, suffering and a shattered marriage. His daughter, Evelyn, is his entire life until he met Harper, 21, a few months ago and everything changed. Harper is the reason he wakes up in the morning, but no one can seemingly accept this from his past. The pain he suffered years ago comes back to surface and Harper will have to work to save their relationship from ending.
Will Harper & Ryder be able to save their relationship and overcome the challenges they face or will they end up broken in the shadows of the past?
Follow Harper & Ryder on their continued journey in Stealing Ryder.
ADD TO GOODREADS 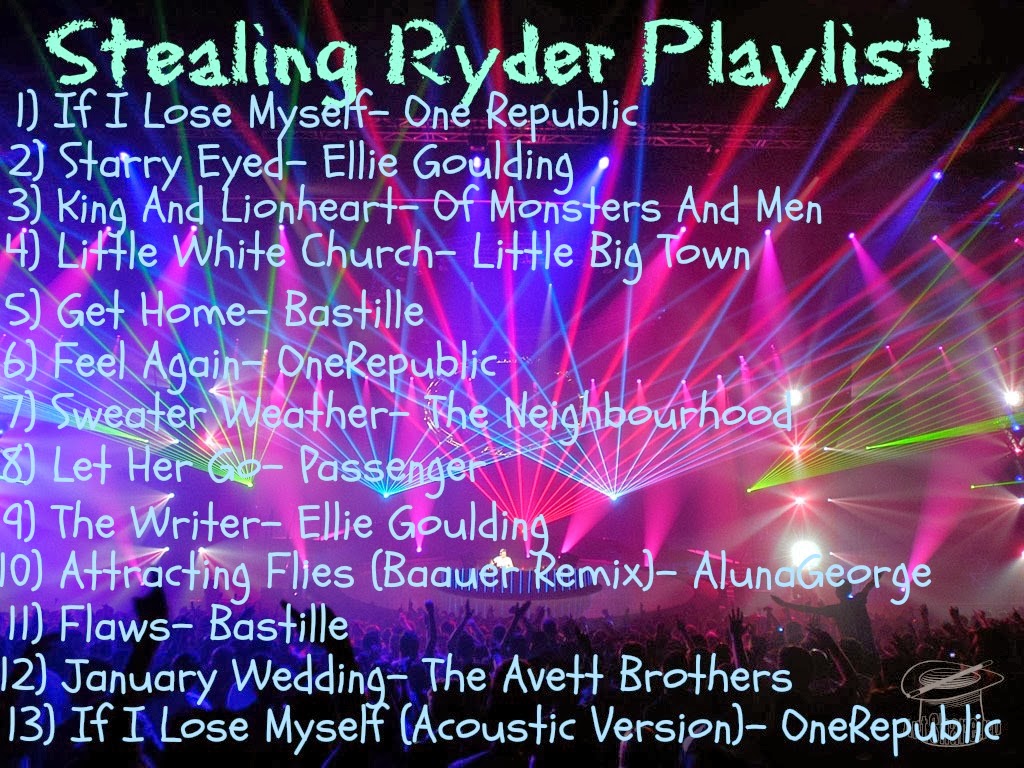 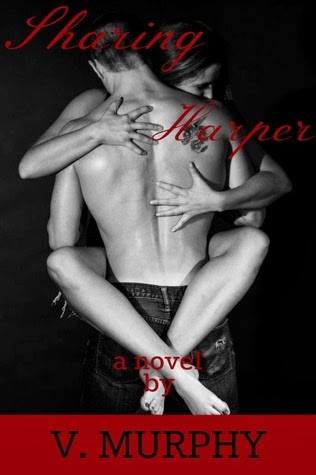 “I love you, baby,” she said and kissed her forehead. I leaned down so she could kiss Evelyn’s forehead. She snuck in and pecked me on the cheek.
“I love you, too, and always will. Think about Houston.”
I turned around and walked back to my truck, shifting the car seat, making sure it was in right. Kylee would always be a part of my family; and while I loved Harper, I wondered if I was doing the right thing. If Kylee left, I knew my life in San Diego would follow; how hard would Harper be willing to work if I was thousands of miles away? 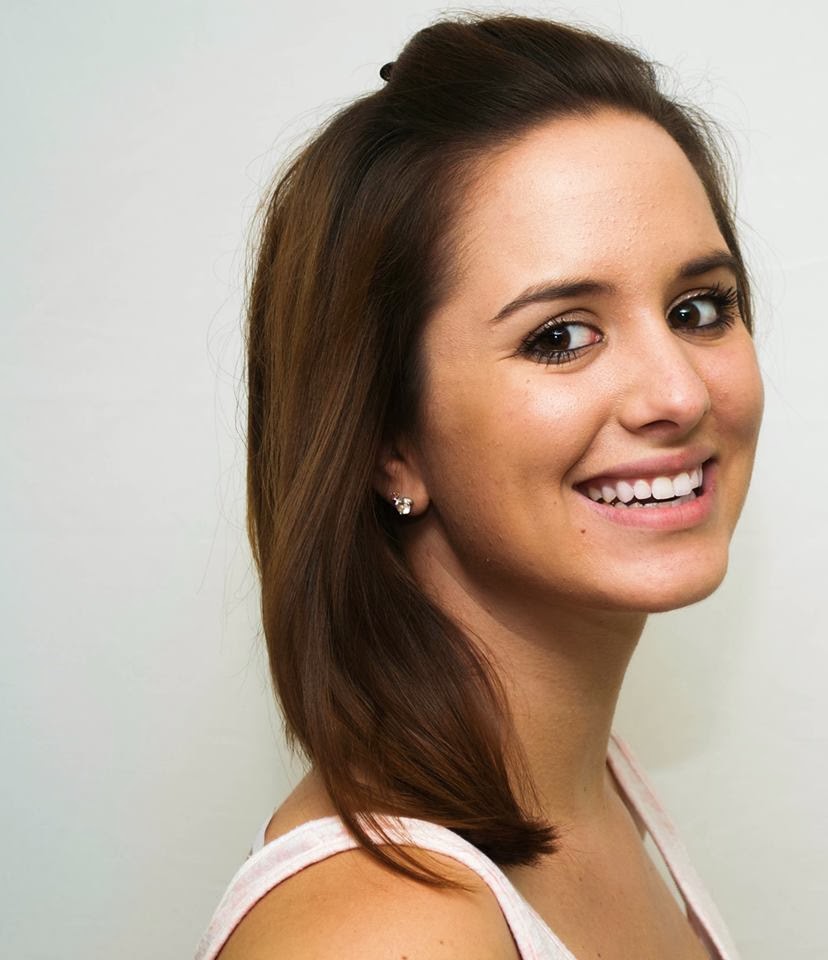 Hi! I am V. Murphy and I love everything about reading (some may call me a bibliophile). I am a current graduate from the University of Illinois Urbana-Champaign and heading out west to live the California dream while pursuing my masters degree in school counseling at the University of San Diego. You can find me writing in a Panera, small coffeeshop or on campus. When I am not spending my time in school or reading, I love to write, bake and shop. Thank you for taking your time to pick up and read my story. I hope you loved it as much as I have loved writing it for you. If you would like to know more about me and the books in progress, look me up on the 'net.

a Rafflecopter giveaway
Posted by Give Me Books at 10:11 pm