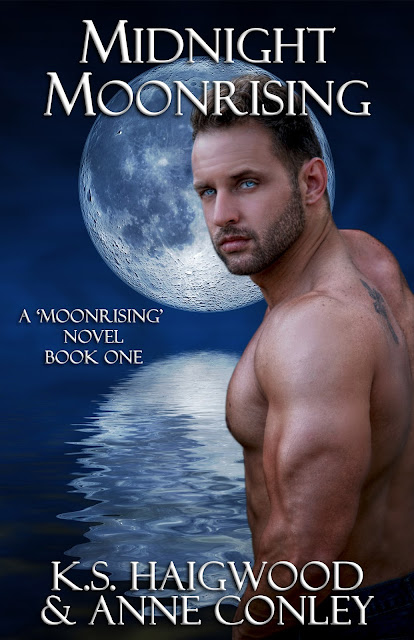 
Mena wants the Master Vampire of Montgomery, Alabama, but the wolf inside her wants the homicide detective working the case of the man she murdered. 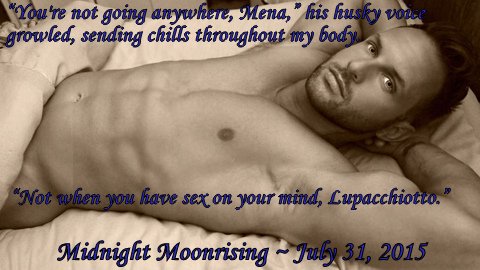 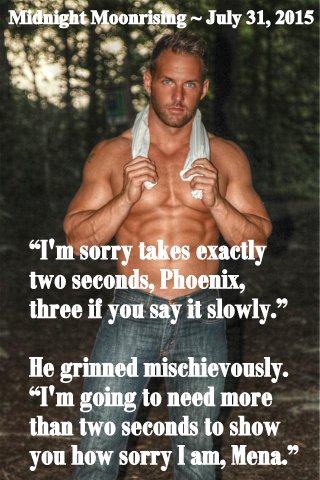 With everyone thinking I was angry, I was taking a wild guess that it would be at least thirty minutes before anyone realized I was gone. That was a good head start. From the vague vibe I was feeling from Jess and the other traitors, I was looking at covering a distance of about four miles. I ran that nearly every morning, and the time it took to get there would allow my wolf and me time to figure out what we were going to do when we got there.

Cutting the bitch was what my wolf wanted to do, and I couldn't honestly say that I wasn't on board with that plan, but I was smart enough to know that I couldn't take on eight werewolves on my own. I would have to find their hideout and come back with my pack. Bringing Phoenix and his clan to watch my back in case any of my wolves were really on Jessica's side was a smart thing to do, so I would let them come, too, not that I would really get a choice in the matter; I doubted he would stay behind even if I begged him to.

A loud clatter had my head whipping around to look behind me again. An aluminum trash can lay on its side, its contents spilling into the street. A tabby cat peeked around the edge of the torn trash bag and I exhaled in relief. I was a sad case, indeed. I laughed at myself. I was not used to being the monster.

I rolled my eyes at my wolf. "You just be you and let me be me and we'll get along just fine."

Soft laughter filled my head and I had to smile. I had to admit that I liked her, regardless of how much trouble she was causing me with Phoenix. At least we had come to a compromise. I didn't know how well said compromise was going to work out, or even if it would at all, but I was willing to try. Everyone deserved a shot at happiness, even with as insane as our case may be.

As I turned my head back around to continue on my journey, I ran smack-dab into the hard chest of a man. He was in shadow, so I couldn't see his face. Stumbling back, I attempted to get my balance, but his arms closed tightly around my body, jerking me to him and trapping my arms down at my sides so I couldn't move.

Struggling against his solid hold on me, I opened my mouth to let out a scream, but he twisted me around and clamped a hand over my mouth so fast that I didn't know what was happening until I was being pulled backward, away from the security of the streetlights that lined the suburban road.

I raised my knee up then brought my foot down hard on the toe of his shoe. He let out a muffled grunt, but continued to drag me into the shadows.

This had to be one of the werewolves. The strength alone told me that. They had to have been watching my house, just waiting for me to leave. This bastard was going to kill me if I didn't do something.

My wolf stirred under my skin. She wanted out and it was the first time since I'd been bitten that I agreed with that plan. With only a little more than human strength and quick reflexes, it wasn't possible for me to handle a grown male werewolf on my own.

My final option, before letting my wolf free, was try to at least injure him. I hoped that would be enough to make him loosen his grip on me enough so I could run. If he gave chase, I would have to concede and let my wolf take over.

Gripping the dagger tighter in my palm, I rotated my wrist and drove the blade into his side as hard as I could. An ear-piercing ululation erupted from his throat and he let go of me. I didn't wait or look back. I ran as fast as my legs would carry me, adrenaline and my wolf giving me the speed and strength to push my muscles past what a human would be able to endure.

"Mena… Mena!" I heard the cry behind me, but my mind wasn't registering anything except panic and the need to get as far away from my attacker as possible. "Mena—wait! It's me…" A strangled groan had me slowing. "…it's… it's Phoenix. I—I'm so sorry, Mena."

I froze, not wanting to look back at the man, terrified that what he'd spoken was true. If it was—if I turned and saw those ice-blue eyes staring back at me, it would destroy any trust I had ever had in him.

"Please, Mena, I never meant to hurt you. I was only trying to scare you so you would realize what a stupid stunt going off on your own to find the killers was. What were you thinking?"

The blood rushed through my veins at an impossible speed, and fury washed over me in waves as I stood there trying to decide whether to walk away or allow my wolf to rip Phoenix's head off. She was all for the second option.

I heard him cough, and then groan in agony. I imagined he was pulling the dagger out of whatever organ I had been lucky enough to hit. There was a lot of heavy, ragged breathing and two more guttural-sounding coughs. It appeared as though I had hit a lung. Too bad it wasn't his heart! I wasn't sure stabbing him in the heart with a silver blade would kill him, but I would have put money on a bet that it would have been a hell of a lot more painful.

I turned my head to glare at him, but the hatred I had expected to feel wasn't there. He had fallen to his knees, and his head was bent, his eyes focused on the bright red stain spreading across his new shirt.

Shaking my head, I looked up to the sky and asked, "Why me?" After receiving no answer, I sighed and began the one-hundred-meter walk back to Phoenix. 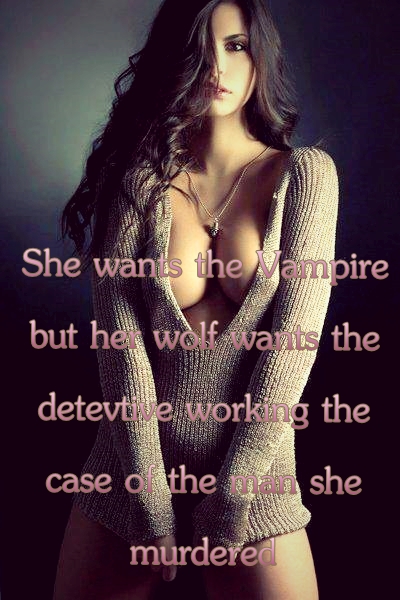 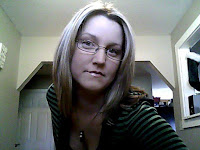 Kristie Haigwood (a.k.a. K.S. Haigwood) is currently writing her 10th novel. She lives in Arkansas, US. She is the mother of 2 awesome kids and 2 great dogs. She is happily married to her soulmate who thinks reading is a solid waste of time. Opposites attract. Kristie’s works include ‘Save My Soul’, ‘Hell’s Gift’, ‘Good Side of Sin’, ‘Eternal Island’, ‘Eternal Immortality’ 'Eternal Illusion' ‘Accepting the Moon’ and 'Midnight Moonrising'. ‘My Sweet Purgatory’ and 'Andromeda's Reign are releasing soon.

Anne has written her entire life and has the boxes of angst-filled journals and poetry to prove it. She's been writing for public consumption for the last four years. Currently she is writing three romance series. In Stories of Serendipity, she explores real people living real lives in small town Texas in a contemporary romance setting. In The Four Winds, she chronicles God's four closest archangels, Uriel, Gabriel, Raphael, and Michael, falling in love and becoming human. In Pierce Securities, she gives us Ryan, Evan, Miriam, Zack, Quinten, and Simon. She lives in rural East Texas with her husband and children in her own private oasis, where she prides herself in her complete lack of social skills, choosing instead to live with the people inside her head.