Review - The Hurricane by R.J. Prescott 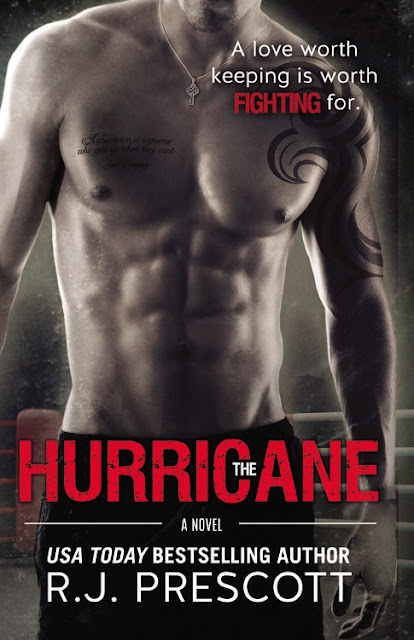 Emily McCarthy is living in fear of a dark and dangerous past. A gifted mathematician, she is little more than a hollow, broken shell, trying desperately to make ends meet long enough to finish her degree.

Through an unlikely friendship with the aging, cantankerous owner of an old boxing gym, Em is thrown into the path of the most dangerous man that she has ever met.

Cormac “the Hurricane” O’Connell is cut, tattooed and dangerous. He is a lethal weapon with no safety and everyone is waiting for the mis-fire. He’s never been knocked out before, but when he meet Em he falls, HARD. Unlike any other girl he’s ever met, she doesn’t want anything from him, but just being around her makes him want to be a better person.

They are polar opposites who were never meant to find each other, but some things are just worth the fight. 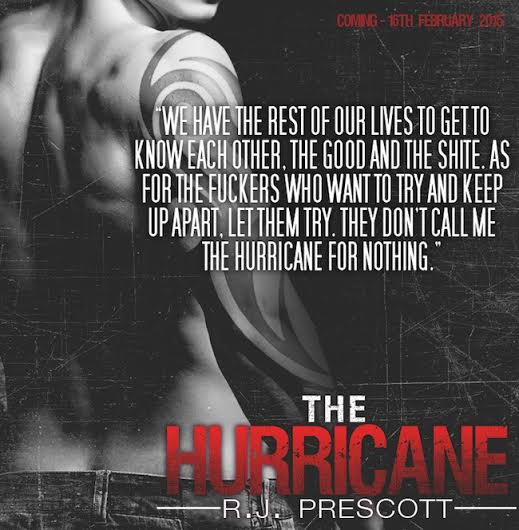 I didn’t want this story to end!

Emily McCarthy is young and struggling. By being part of the background, Emily hopes to remain hidden long enough to get her degree and start building a future where she can stop looking over her shoulder.

Cormac “the Hurricane” O’Connell is a fighter. He works in construction but his heart is in the gym and the ring where he is the most at home. Fate seemed to have a hand bringing them together but would that same fate allow them to have a future together?

This is a debut novel for R.J. Prescott which makes me beyond sad. Why? This book was AMAZING and I’m heartbroken that there isn’t a long backlist of titles by this author! The story is steeped in so much emotion I feel wrung out after turning the last page.

Emily and Con are young but seem mature beyond their years, given their pasts and what they continue to deal with. The two couldn’t be more different from each other – one is smart and shy, the other an outgoing jock. The minute they meet those differences become obstacles to embrace, walk around or adapt to fit. No matter what is thrown at them, with the help of each other and a circle of family/friends that I want to commandeer, there is nothing they can’t get through.

I can’t pick a favorite character because each one was more likable than the other. Con – handsome, sentimental, romantic, protective, strong, and supportive – yah, what’s not to love? I will not look at sunflowers in the same way ever again. Emily, sweet, loving, smart and strong; she works through her own fears to be the partner she knows Con deserves. Danny is a father figure to the whole crew; gruff, stern and mushy as goo inside, he is a tower of strength and a rudder for everyone. Kieran, Tommy, and Nikki and others are friends through thick and thin who make you smile through the tears. And I did cry and laugh and cheer through it all.

I know there is another in the series coming and I will be haunting the shelves for it!
~ Review by Diane 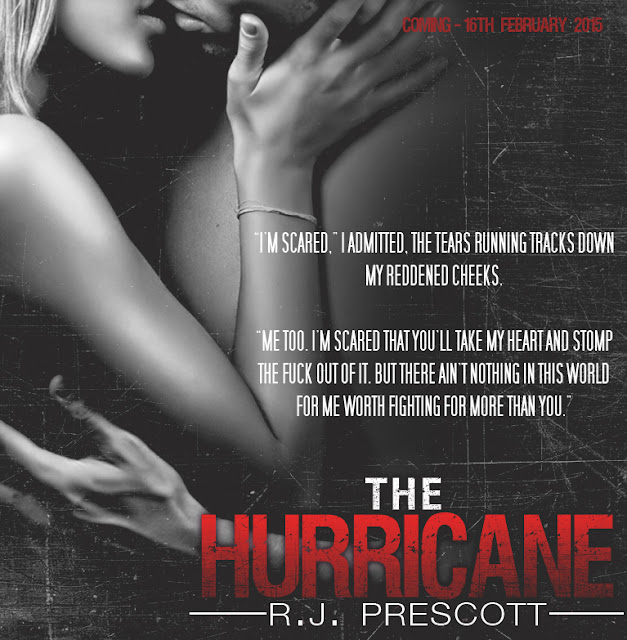 I was born in Cardiff, South Wales although I left to study law at the University of Bristol, England. Four weeks before graduation I fell in love, and stayed. Ten years later I convinced my crazy, wonderful fire fighter husband to move back to Cardiff with me where we live with our two equally crazy sons. Juggling work, writing and family doesn’t leave a lot of time, but curling up on the sofa with a cup of tea and a bar of chocolate for family movie night is definitely the best part of my week. The Hurricane is my debut New Adult Novel.