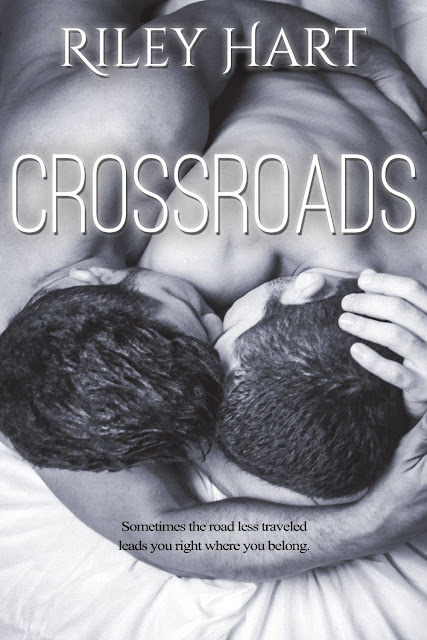 After divorcing the woman he’d been with since he was seventeen, Nick Fuller is starting over. He owns the restaurant of his dreams and he’s determined to meet new people, find new passions, and experience life to its fullest. Easier said than done—that is until he meets his new neighbor, Bryce Tanner…

Bryce is all about a good time. He plans to show Nick how it’s done, help him meet a few women, and enjoy the gift of the single life he’s been given. But things don’t go as planned, and soon they realize they’d rather be together than with anyone else.

Neither man has ever wanted another guy, but there’s a connection between them from the start—a spark they can’t deny. They find themselves navigating an unfamiliar new world and dealing with unforeseen obstacles. Physical desire isn’t enough, and now Nick and Bryce are at a crossroads. They have to decide which way to go: the easy path they’ve always followed, or the one that's determined to trip them up at every turn. 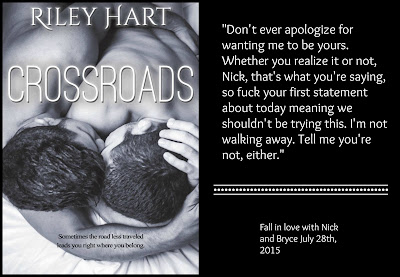 This is a really hard review for me to write because I basically just want to type YES! OH GOD, YES! over and over until you get the idea. I loved this book! Gah, it was basically book perfection: funny, emotional and sexy as all get out. I didn’t want to put it down, couldn’t put it down, and can’t wait until I can pick it up again....for a re-read. Too soon to start, do you think?

After the end of his marriage, Nick Fuller is set on trying his hand at the single life; making friends, getting out more and away from work, embracing the change he wasn’t expecting. But it’s harder than it looks, until he meets his new neighbor, Bryce Tanner.

Bryce has the single life down. Endless women, no commitment, fun. And he’s willing to share that with his new friend, Nick. Except there’s something in the easy way they connect that has both men not wanting to go out and find women and a good time. They just want to be with each other.

It’s a first for both men – being attracted to another guy. Being together means change, hurdles, and possibly, drama. And that means they have a decision to make; take the easy road, or fight for a relationship that neither were expecting, but cannot deny?

*flails* There wasn’t a thing about this book that I didn’t enjoy. It was beautiful in the way it was written, and the neighbors-to-friends-to-lovers story, about two straight men discovering something about themselves (and each other), simply entranced me. It was humorous, easy, real and just *more flailing* amazing. Clearly, I am not cut out for review-writing after just finishing Crossroads but I really, really want to talk about it. It hit all the right notes for me; from start to finish, it spoke to my heart and gave me all the feels.

I was straight-up gleeful reading this book. That’s not to say that I didn’t occasionally hurt inside for the difficult but oh, so right path that Bryce and Nick found themselves on. But they were funny and fun together and their banter, their dirty talk, and their adventures in sex toys overshadowed...no, wait, made up for all the harder emotions, until Riley Hart could have basically done anything with and to these characters and I’d be standing here like, ‘Please, ma’am, can I have some more?’

Not a word of a lie, I finished this book and seriously considering just turning around and reading it all over again. I want to capture that good feeling that it gave me, bottle it up and live off of it. I feel amazing for having read this book, like I found something wonderful and now I get to tell everyone all about it. Incessantly. Until they promise to buy it and read immediately, for fear I’ll talk their ear off. And no one wants that, right? So go buy it, and I’ll stop...deal?
~ Review by Beth

Let’s face it, there are a lot of really good M/M books out there right now. I’ve had the good fortune to read a bunch of them lately. This one? It’s one of the best. I mean, you need to read this book. It took a tremendous amount of restraint to not shouty caps that at you. Nope, can’t do it… YOU NEED TO READ THIS BOOK!

I loved Every. Single. Thing. about this book. It was one of those rare books in which I never lost patience, I never got bored, I was completely tuned in, heart racing, panties soaking the entire time – and when it ended? I wanted to start it all over again. I’m jealous of those of you reading for the first time. You’re in for a treat!

Nick and Bryce are AMAZING. I didn’t really know what I expected going into it, but I definitely did not expect to want to make both of these men my best friends. They’re both so incredibly likeable – in their own right – and as a couple. They’re perfect for each other. Nick is straight laced, serious, and wears his heart on his sleeve. Bryce is a rule-breaker, never serious, and not even a little bit interested in commitment. To watch these men learn how to be in a relationship together was a thing of beauty. It was touching and funny and adorable.

Sweet Jesus in a crock pot. This book is D-I-R-T-Y in the very best way you can imagine. I kept finding myself glancing around to see if anyone noticed how my legs got squirmy and my breaths got shorter when I read the sexy scenes. Then I’d go back and read the scene all over again because HOT DAMN that’s some sexy shit. Consider this a warning: your panties will be soaked and you may want to consider keeping extra batteries on hand.

That said, their relationship is not without challenges. They have to learn how this new relationship changes who they thought they were individually, while also navigating the way the world they thought they knew changed when they fell in love with another man. Family relationships are challenged, they’re forced to confront some truths about themselves, and there’s basically a lot of growth and maturity going on over the course of the book. It is lovely to read, a joyful journey to bear witness to.

I don’t have a single bad thing to say about this book. In fact, it feels like I could probably fangirl about it forever. It was just this perfect, happy, sweet, sexy read. In case you missed it before? YOU NEED TO READ THIS BOOK!
~ Review by Shelly 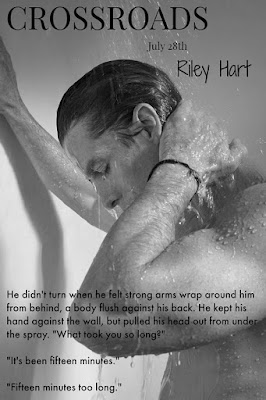 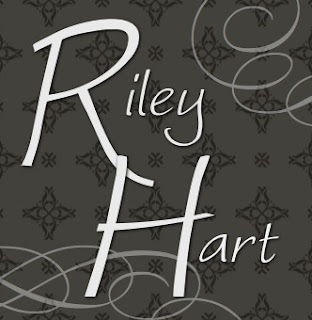 Riley Hart is the girl who wears her heart on her sleeve. She's a hopeless romantic. A lover of sexy stories, passionate men, and writing about all the trouble they can get into together. If she's not writing, you'll probably find her reading.

Riley lives in California with her awesome family, who she is thankful for everyday.