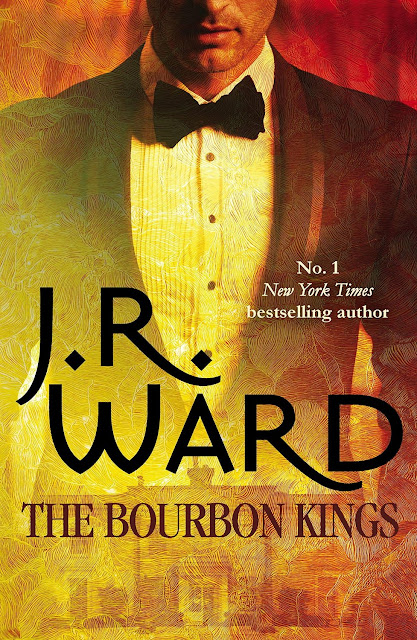 The #1 New York Times bestselling author of the Black Dagger Brotherhood delivers the first novel in an enthralling new series set amid the shifting dynamics of a Southern family defined by wealth and privilege—and compromised by secrets, deceit, and scandal....

For generations, the Bradford family has worn the mantle of kings of the bourbon capital of the world. Their sustained wealth has afforded them prestige and privilege—as well as a hard-won division of class on their sprawling estate, Easterly. Upstairs, a dynasty that by all appearances plays by the rules of good fortune and good taste. Downstairs, the staff who work tirelessly to maintain the impeccable Bradford facade. And never the twain shall meet.

For Lizzie King, Easterly’s head gardener, crossing that divide nearly ruined her life. Falling in love with Tulane, the prodigal son of the bourbon dynasty, was nothing that she intended or wanted—and their bitter breakup only served to prove her instincts were right. Now, after two years of staying away, Tulane is finally coming home again, and he is bringing the past with him. No one will be left unmarked: not Tulane’s beautiful and ruthless wife; not his older brother, whose bitterness and bad blood know no bounds; and especially not the ironfisted Bradford patriarch, a man with few morals, fewer scruples, and many, many terrible secrets.

As family tensions—professional and intimately private—ignite, Easterly and all its inhabitants are thrown into the grips of an irrevocable transformation, and only the cunning will survive.

"Sometimes you didn't heed the warning signs, and you put the pedal to the metal, and you went screaming around the blind turn."

I loved the multiple points of view. I could get into each messed-up character’s mind. Except Lizzie...she wasn't born into the crazy, she just fell for one. You need a good soap opera in book form? Read The Bourbon Kings. It was so well written, I felt like I was right there in the south. And I totally would have spent Daddy's money!

It is a gloriously divine train wreck of a read. Every page had me wanting more. This was my first JR ward read but will NOT be my last. Come on crazy book two!
~ Review by Krissy

Holy hell, what did I just read? I admit I’m a child of the 1980’s, back when the TV shows Dallas and Dynasty were in their heyday. While reading The Bourbon Kings, I half expected Crystal Carrington or JR Ewing to pop out of the pages. I couldn’t read this damn book fast enough—I had to know what the hell was going on with this manipulative, intense, phony-as-all-get-out family.

For Tulane “Lane” Bradford, the only constant he’s had in his life is his love for Lizzie King. Sure, he screwed it up two years ago, but he’s hoping for a second chance even though he’s bringing home enough baggage from his past to fill a small house.

Leaving Lizzie after their bitter breakup was one of the hardest things Lane’s ever done. Nothing’s going to get in his way this time, and no one will be unscathed—not his wife, not his older brother, and especially not the family matriarch, his father. The truth behind their façade is about to pop wide open.

This book was better than any soap opera I’ve ever watched. Between the staff and their tireless protection of the “Bradford” name, Lane and his siblings and parents, Lizzie and her work partner, Greta, and the bourbon business, it’s a freaking three ring circus. I don’t know where to look next. I’m sitting in the front row, with popcorn, because once the truth comes out about the Bradford dynasty there’s going to be both fireworks and explosion. Okay, I’m ready and waiting for the next installment.
~ Review by Missy 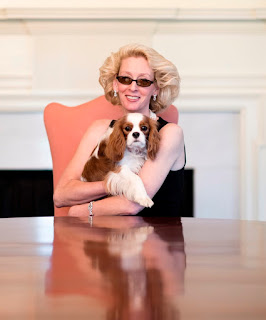 J. R. Ward is the author of more than twenty previous novels, including those in her #1 New York Times bestselling series, The Black Dagger Brotherhood. There are more than fifteen million copies of Ward’s novels in print worldwide, and they have been published in twenty-five different countries around the world. She lives in the South with her family.

Posted by Beth Cranford at 3:14 pm