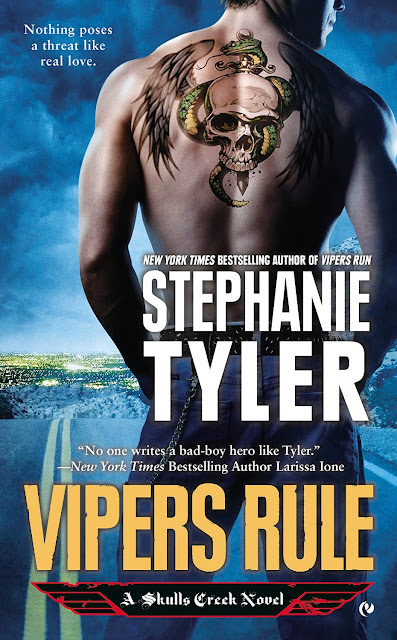 From the New York Times bestselling author of Vipers Run, here is the latest Skulls Creek novel, starring the outlaws of the Vipers Motorcycle Club and the women in need of their protection—and love.…

Even though he’s no longer a U.S. soldier, Talon “Tals” Garrity hasn’t lost his desire for living on the edge. As the enforcer for the Vipers Motorcycle Club, the eternal bad boy is always getting into trouble—especially with the ladies, who can’t seem to resist him. But when Maddie Wells returns to Skulls Creek, he’s shocked that she can’t seem to keep her hands off him either. Good thing Tals doesn’t mind playing with fire.

Growing up with her family’s prestigious name and money, Maddie could never indulge a bad-boy biker like Tals. Now that she’s back, she finds herself irresistibly drawn to him. But if Maddie ends up getting what she wants, they might both be sorry. Because some very dangerous men are hot on her trail—and Tals and his MC will have to put their lives on the line to protect her.…

Maddie Wells has been given a second chance to make things right with Tals Garrity. She was rich and he wasn’t, though that wasn’t the only thing that drove them apart. When Maddie comes back to town, it’s a new beginning but not entirely a clean slate.

Tals is not going to pretend that their past didn’t happen and Maddie has to prove that she will go the distance this time.

“So what, I’m your dirty little secret, your roll in the hay so you have a story to share with your high-society friends? Or am I always going to be your secret?”

If that wasn’t enough to contend with, Maddie also brought enemies with her and it seems the Vipers MC were going to have to band together once again as they deal with a threat to one of their own.

This is the second in the series, but I started with this one. I enjoy this author and I’m not sure if it’s because I did start with book two, but for some reason I didn’t get invested into the story until it was well under way. Thankfully, things seem to pick up as the story progressed quickly and the tension between Maddie and Tals percolated nicely.

Tals is a wonderful blend of tough biker and protective lover who knows how to heat things up. He was looking for something that was real and Maddie had to prove that she was worth it. Maddie is likable but she didn’t come across as approachable as I would have liked.

The heat is high, the intrigue and danger as well, so when the story kicked into high gear, I was happy to be along for the ride. I’m definitely going to catch up with book one and I am looking forward to more in the series.
~ Review by Diane 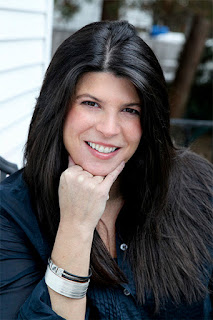