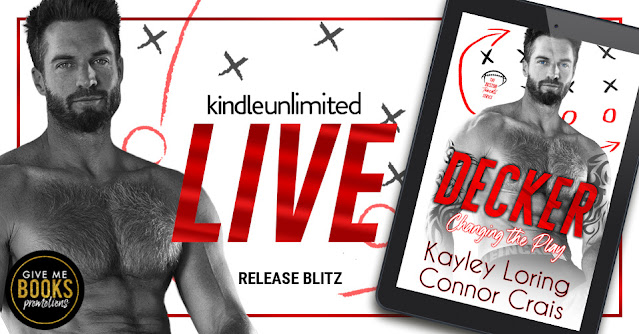 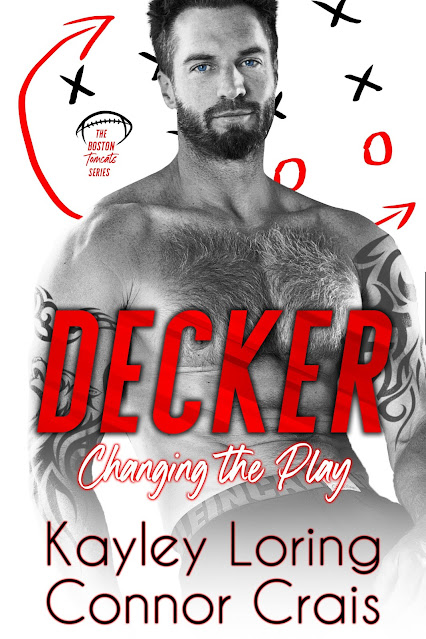 #12 Johnny Decker. Star quarterback for the Boston Tomcats. Two-time Super Bowl MVP...a decade ago. Nickname: Decker the Panty Wrecker.
I get tackled for a living by men who are built like rhinos. I could take the wings off a fly with a football from 30 yards away. (I wouldn’t, but I could.) Being a veteran quarterback means I’m a mentally alert, fine-tuned athletic machine who can make split-second decisions.
It’s my job to anticipate what’s going to happen next and adapt. But I couldn’t have anticipated the death of our beloved team owner.
His estranged daughter Hannah Strong is a finance nerd from New York. She knows less than nothing about football. Know what she didn’t anticipate? Inheriting the Boston Tomcats.
She’s stubborn, uptight, infuriating, and wrong about absolutely everything—from pizza to how to run my team. And I don’t want to talk about how good she looks in a skirt. Or daydream about how good she’d look out of it.
Really, I don’t.
I’m not Decker the Panty Wrecker anymore—I’ve changed.
I can’t stop arguing with her.
Or thinking about her.
I thought I had a winning play.
But Hannah Strong changed everything.
ADD TO GOODREADS 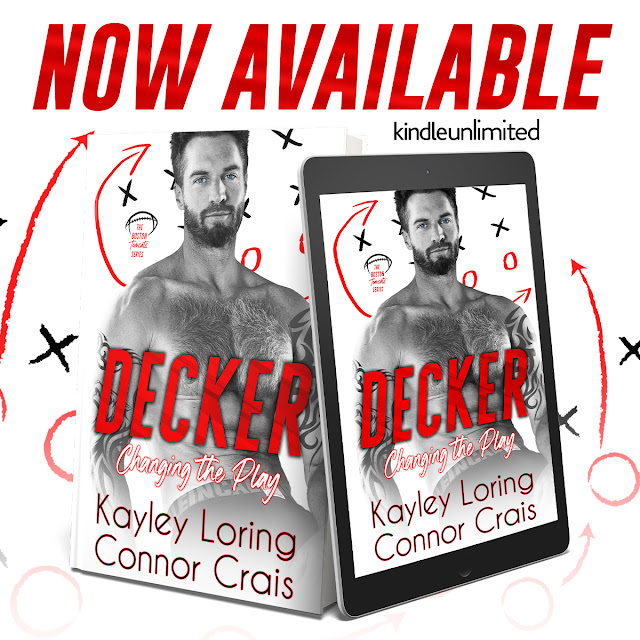 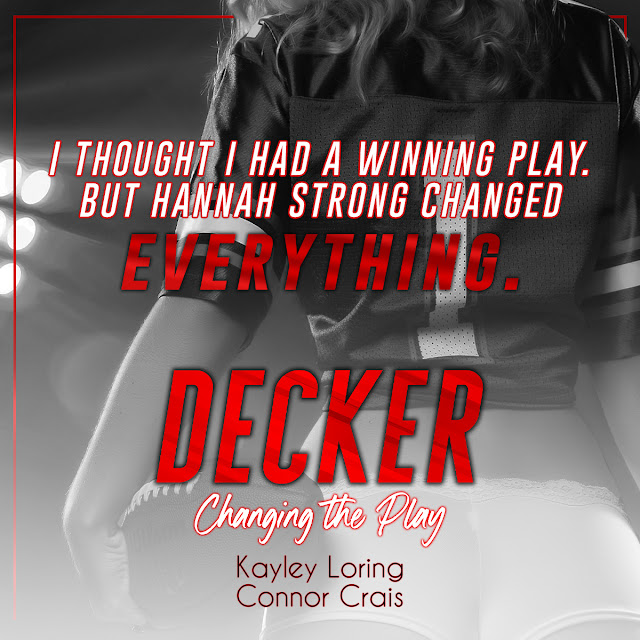 Before writing steamy romantic comedy novels, Kayley Loring got a BFA in creative writing from a Canadian university and had a fifteen-year career as a screenwriter in Los Angeles (under a different name). She mostly wrote PG-13 family comedies that studios would pay her lots of money for and then never make into movies. In 2017 she decided to move to the Pacific Northwest and write about all the fun stuff that she wasn't allowed to write about in those PG-13 scripts. Now she’s breathing cleaner air and writing dirtier words. It’s an adjustment she’s happily getting used to.
WEBSITE
FACEBOOK
FACEBOOK GROUP
INSTAGRAM
NEWSLETTER
AUDIO NEWSLETTER
BOOKBUB
CONNOR CRAIS
Connor Crais is a classically trained actor living in the Midwest with his wife, two kids, and rescue greyhound. He has been both a stage and television actor, and before plunging into the romance genre, he had been narrating commercials, audiobooks, and explainers for well over a decade from his home studio. From alphas to bosses to cocky sports stars (a particular favorite), he loves sparring with beautiful, sassy heroines (and their talented narrators) but also loves winning them over and reaching that happily ever after. He is excited to now create those stories as an author.
WEBSITE
FACEBOOK GROUP
INSTAGRAM
TWITTER
AMAZON
Posted by Give Me Books at 12:20 pm