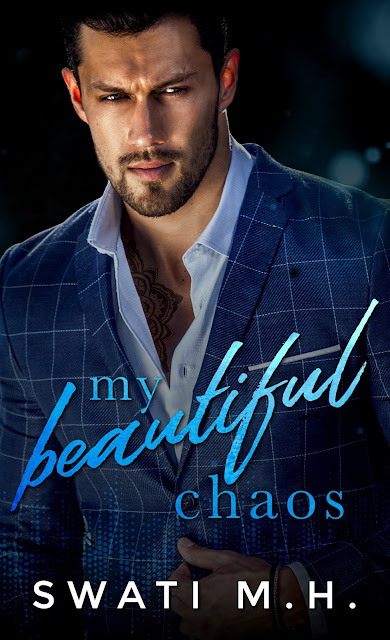 Love wanes.
That’s what my missing groom told me over the phone . . . on our wedding day, no less.
I wasn’t about to go down that road again—love, marriage, forever. I had enough on my plate serving as deputy general counsel of our family business and keeping my matchmaking parents off my back.
Then Wayland Ramirez comes roaring back into my life.
The boy who asked me to be his girlfriend in middle school. The man I shared a sizzling night of passion with five years ago. The man who made me trust him . . . then disappeared.
This time, I know better than to put my heart in anyone’s hands.
But when Dad throws down an ultimatum—bring a date to the office Christmas party or meet a stranger of his choosing—I spontaneously ask Wayland to play the part of my doting fake-boyfriend for a night.
He just wasn’t supposed to give an Oscar-winning performance.
Once more, his whispered words, his searing kisses, his body against mine almost have me believing that this could last. Almost.
I say love is a sham, a reservoir that depletes with time.
He says he wants it all—my todays and tomorrows.
But can I trust him with my tomorrows? Can I trust him to pick me up if I fall?
Because God knows, I am falling for this man.
ADD TO GOODREADS 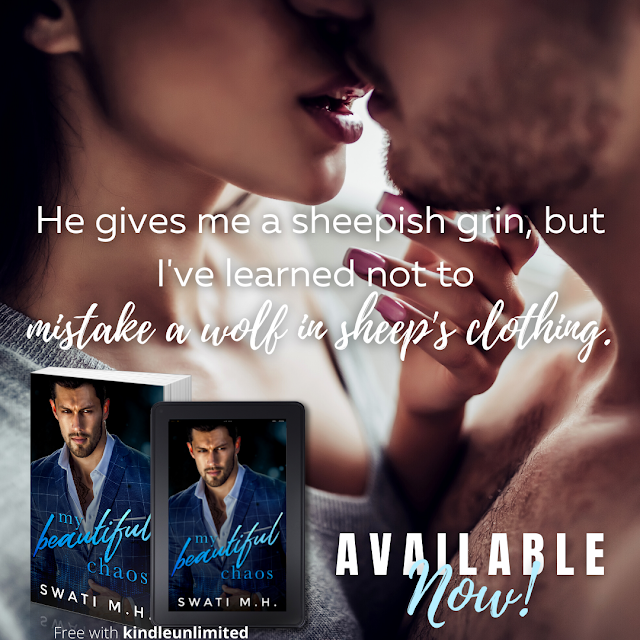 EXCERPT
My face heats as I think about my admission, and I turn in his arms to face him. He’s still wearing his long white shirt and his other arm is under my neck. He’s been holding me like this all night. My eyes drift over his gorgeous face. His high cheekbones and square jaw with its delicious stubble makes me want to drag my tongue across it. I almost wish I was still high. I would have made good on that desire.
A thick fan of dark lashes rests on his golden-toned cheeks and his deep-pink lips are slightly parted, making his bottom lip look even plumper than usual. It’s not fair that he’s so breathtaking. My demigod. My beautiful warrior.
My eyes slip down to the smooth skin of his neck. There’s something I find so incredibly sexy about a wide, masculine neck, especially where the stubble ends and the smooth skin begins. Skin that reaches to the back of his ears; soft earlobes that I want in between my teeth.
I seriously have a thing for his ears.
I don’t think. Thinking seems overrated at this point. I’ve thought enough. I’ve been in my own way long enough. It’s time that I act.
Skating my fingers over the side of his head, I lean in and put my lips on his big, soft mouth. His eyes flutter open and I find myself in a locked gaze with him. He doesn’t move. Either he’s still processing what’s happening or he’s waiting to see what I’ll do next.
His eyes watch me intently as I slide my tongue over his lips and exhale softly. My chest presses against his and a wave of scorching heat runs through my body, collecting in a pool inside my panties. A need I’ve ignored for far too long pulsates inside of them. I suck his bottom lip into my mouth and my eyes shut on their own accord. My hands cup his face and I deepen the kiss, moaning with desire. Wayland stiffens—his erection is like a stone against my hip.
When I open my eyes, time stands still—every breath, every movement, every thought hangs suspended in midair. We search each other's eyes momentarily before I’m slammed down on my back with him hovering over me.
My heart jostles as hungry, animalistic eyes threaten to devour me. Wayland’s jaw clenches as the same gray eyes ignite like hot charcoal, burning over my skin. “You’re playing with fire, little bird.”
I shudder a small breath as my core tightens painfully in anticipation. “What’s a little arson when I’ve already been set ablaze?”
My hands tremble at the hem of his shirt before slowly gliding up the side of his torso, against the scar on his side. Dear God, has he formed new muscles in the past five years? Sliding them up over his smooth back, I dig my fingernails into his taut skin. His hips push against my damp center in response, and he growls, glaring down at me. “This isn’t a roundtrip ticket, so you better be real sure you want to hop on board.”
I open my legs in response—like an offering to the fire—letting his hard length settle between us.
I’m only wearing a tank top and thin pajama pants, and I have no doubt I’m soaking through them right now. Reaching for his lips again, I press my mouth against his, kissing him gently. “Just the one-way, please.”
He takes my mouth roughly, deepening our kiss. His rock-hard arousal slides between my legs as his tongue hunts for mine. I open further and his tongue dives in, working against mine. His hand slides into my tank and the heat of his palm sears my belly. “Fuck. I’ve missed this skin,” he growls, cupping my breast, sliding his thumb over my hard nipple. I moan, jerking my hips up to find the friction against him.
His mouth continues to work against mine. He bites my bottom lip, pulling it, as his fingers pinch my nipple hard. I yelp into his mouth and he swallows the sound, forcing his tongue in deeper. Goosebumps ignite across my skin and I’m so wet, I’m risking an orgasm simply from the friction alone. “Wayland . . ..” 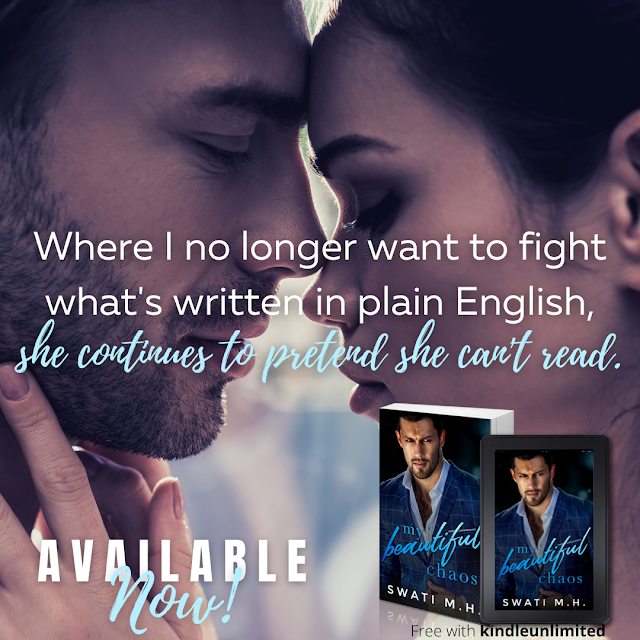 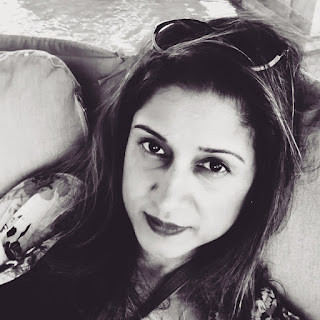 I prefer to call myself a storyteller rather than an author. I'm a mom to two beautiful little girls and a wife to an incredibly supportive husband. My days start with caffeine and sometimes end with a glass (or three) of wine.
I'm a Texas raised Indian American currently living in the Bay Area. With a degree in Computer Science and an MBA, I've had a successful career building software products but writing is both my hobby and my passion.
For me, writing and reading are an escape from real life. I love meeting and creating characters who I'd love to take out for a cup of coffee or a glass of wine. My goal as a storyteller is to distract my readers from their daily grind with stories about everyday couples finding and fighting for incredible love with the help of a little luck. 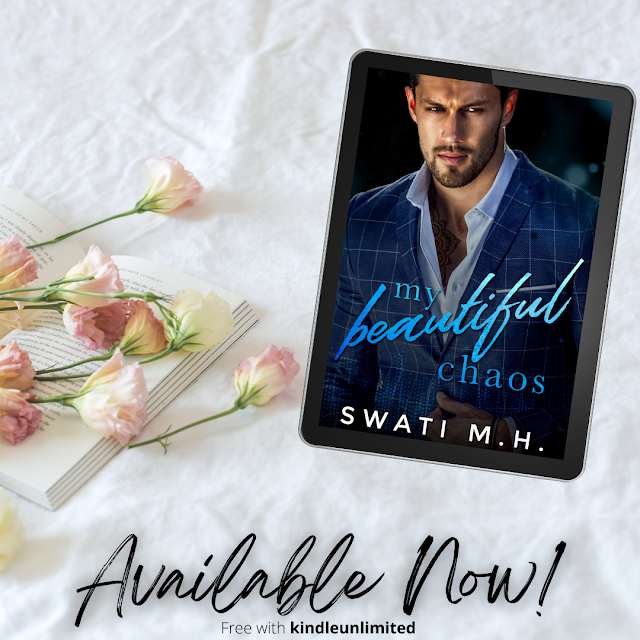