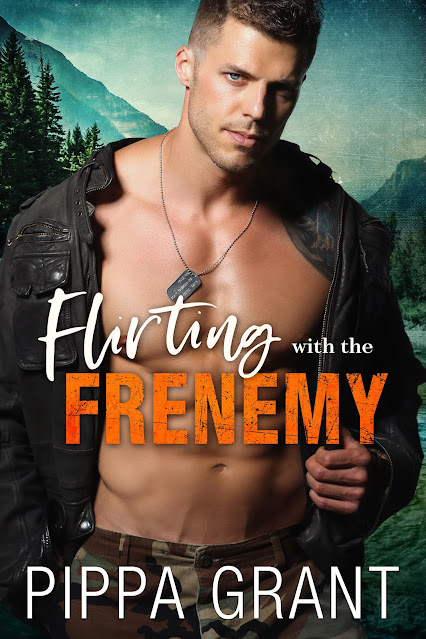 FLIRTING WITH THE FRENEMY

He's a hot single dad. A military man with abs of steel. My brother's best friend. My biggest enemy. And now my fake date to my best friend's wedding. Disasterville, here we come...
Mission: Survive my best friend's wedding, where I must play nice with my ex and his perfect new girlfriend.
Strategy: Bring the hottest fake boyfriend on the planet.
Target: Grady Rock. Master Baker. Dimples. Muscles. The unicorn of fake boyfriends.
Complication: Wyatt Morgan. My brother's best friend. My sworn enemy. Military man. Sexy as hell single dad. The man I let into my panties for one night of hot hate sex after my ex dumped me.
And the man who just scared off that perfect fake boyfriend.
By pretending to be my real boyfriend.
I can roll with this though. What’s the harm in Flirting with the Frenemy if it helps me get the job done?
Complete my mission and move on.
Or so I thought.
Until Wyatt kisses me again and I start feeling things I shouldn't.
The thing about weddings...nothing ever goes as planned.
Flirting with the Frenemy is a rollicking fun romantic comedy featuring a single dad military man, an irritatingly attractive blast from his past, pirates, cursing parrots, and a wedding gone wild. It stands alone with no cheating or cliffhangers. 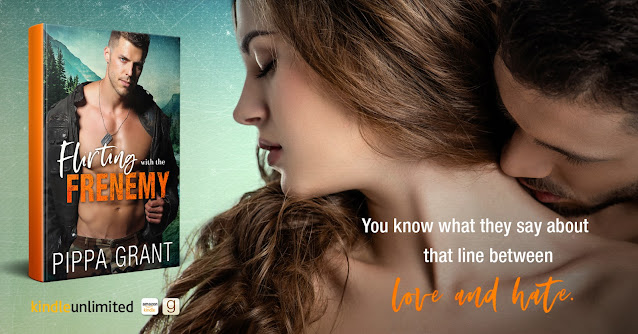 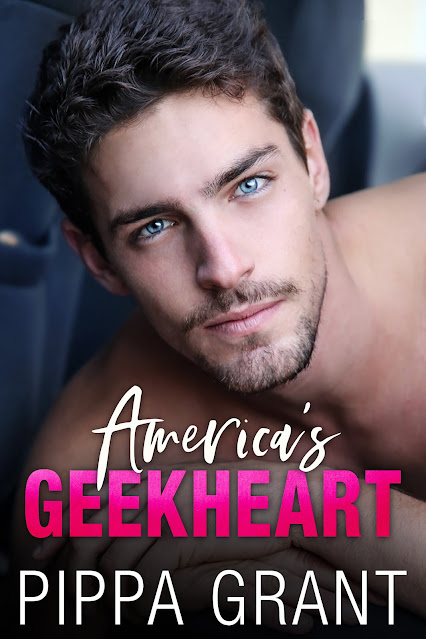 AMERICA'S GEEKHEART
Remember that time you accidentally sexted your boss?
Yeah. I just basically did the equivalent. Except worse. Now my millions of social media followers are reading and sharing the rude, smartass message I meant to send privately to my little sister as a joke...and I’m officially public enemy number one.
I’m Beck Ryder. Former boy bander. Underwear model. Fashion mogul. And I buried my entire leg in my mouth—not just my foot—modern internet style, and publicly insulted my sister’s neighbor.
Sarah Dempsey.
Also known as the woman of my dreams, who loves geeky TV shows, baseball, and giraffes, who’s just as turned on by food as I am, and who has a huge secret that I didn’t see coming.
Now it's time to grovel and apologize publicly on social media and hope that those same followers who helped start the raging shitstorm will help calm the waters.
Because Sarah doesn’t want the spotlight. For very good reasons that I can’t tell you right now and trying to convince her to be my fake girlfriend to fix this mess and make me look like less of a jackass is worse than taking a kick to the nuts by Jackie Chan.
And I thought modeling underwear made me feel naked.
Trying to start a relationship in the era of the Twitterazzi isn’t all that it’s cracked up to be.
America’s Geekheart is a rockin’ fun romantic comedy featuring a billionaire fashion mogul who got his start modeling underwear, the geeky girl next door with a secret the size of California, and more superstitions and secrets than you can shake a baseball bat at. It stands alone with no cheating or cliffhangers.
ADD TO GOODREADS 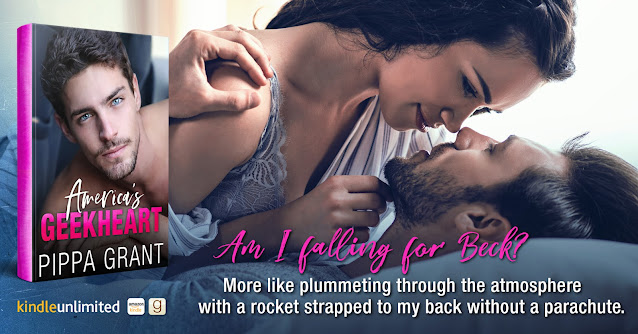 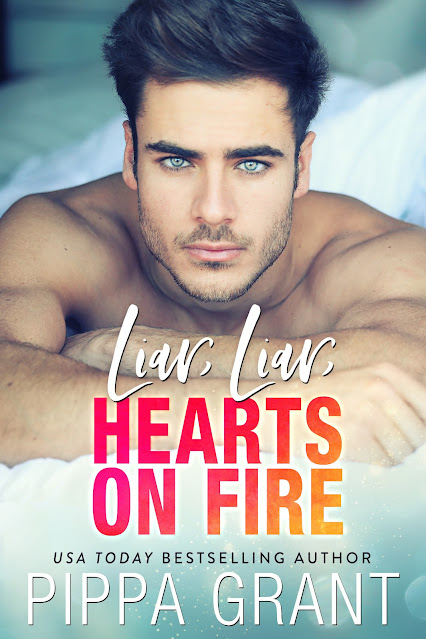 LIAR, LIAR, HEARTS ON FIRE
"I've wanted to kiss you for weeks."
"Kiss me? I thought you wanted to throttle me."
"Kissing and throttling aren't mutually exclusive with you."
Tripp Wilson has to go.
Yes, yes, he’s gorgeous, he’s an adorably patient mess of a single dad, he kisses like a god, and he’s possibly the only person in the world who can turn around this baseball team I just inherited, but still, he has to go.
I don’t trust him.
That kissing thing?
Let’s call it a mistake. Pretty sure he’d agree. After all, he was the one pretending to be someone else when it happened.
But if I don’t take him on as the president of operations of the Copper Valley Fireballs, the worst baseball team in the history of professional sports which now belongs to me, I’ll be forced to sell the one last link I have to my family.
But there will be no more kissing. No more flirting. And no more swooning over him with his two preschoolers.
First of all, because he lied to me.
And second of all, because I might be lying to him too.
All’s fair in business and baseball, right?
Tell that to my heart.
Liar, Liar, Hearts on Fire is a rocking fun romance between a single dad obsessed with baseball, an heiress with secrets, baseball pants, a rundown team, and rabid ducks. It stands alone and comes with a guaranteed happily-ever-after.
ADD TO GOODREADS 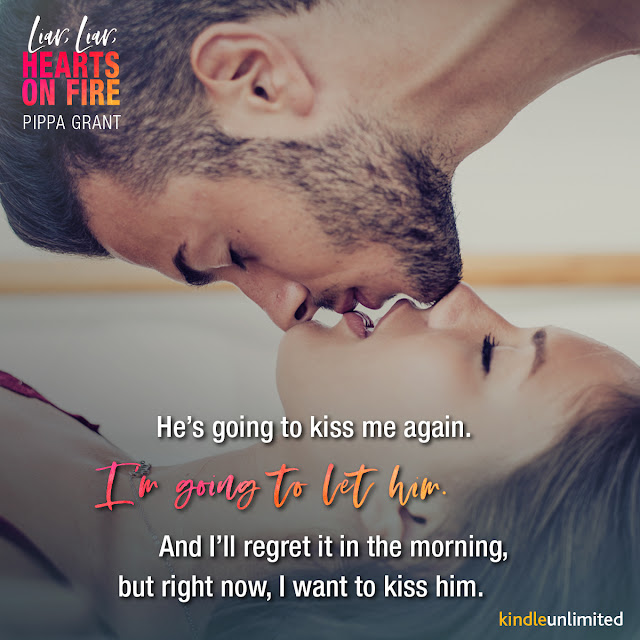 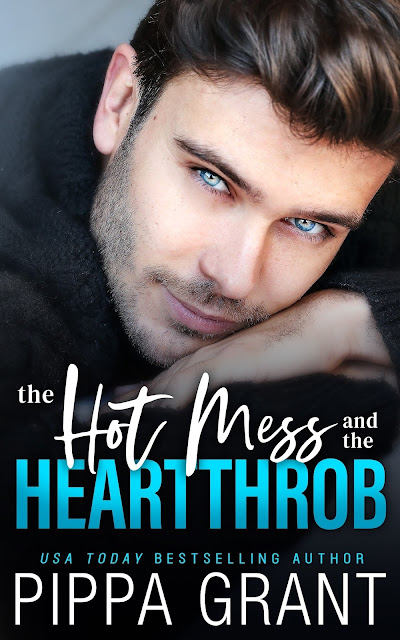 THE HOT MESS
AND THE HEARTTHROB
He could have the world, yet he's looking at me like I am his world.
You don’t know me, but you do know me. I’m your neighborhood hot mess single mom, doing my best to keep my head above water while running my little slice of heaven and keeping my youngest from shoving marbles up his nose, which is exactly what he’s doing the first time Levi Wilson, pop star god, world’s sexiest man, and my all-time number one celebrity obsession, walks into my bookstore.
Related: I’m writing this from beyond the grave, because I’ve died of mortification and am now residing in an alternate universe.
I have to be.
Because Levi Wilson came back.
And we had a moment.
Like, a moment moment. The kind that makes me remember that adult pleasure isn’t all about hoping the lock holds in the bathroom so your kids don’t interrupt on the rare occasion you feel like taking an extra-long mommy-time shower.
So when he proposes a no-strings fling?
Count. Me. In.
Thrill of a lifetime, right?
Surely, nothing will go wrong...
The Hot Mess and the Heartthrob is a rockin’ fun, sexy romantic comedy featuring a celebrity panty-melter who doesn’t know what he’s been missing, a sassy single mom hanging on by a string, three adorable children who would never burst in on a woman when she’s on a toilet (ha!), and shameless ovary-busting moments between a guy who never thought he’d be a dad and a family who thought they got along just fine without him. It stands alone and comes complete with a happily-ever-after.
ADD TO GOODREADS 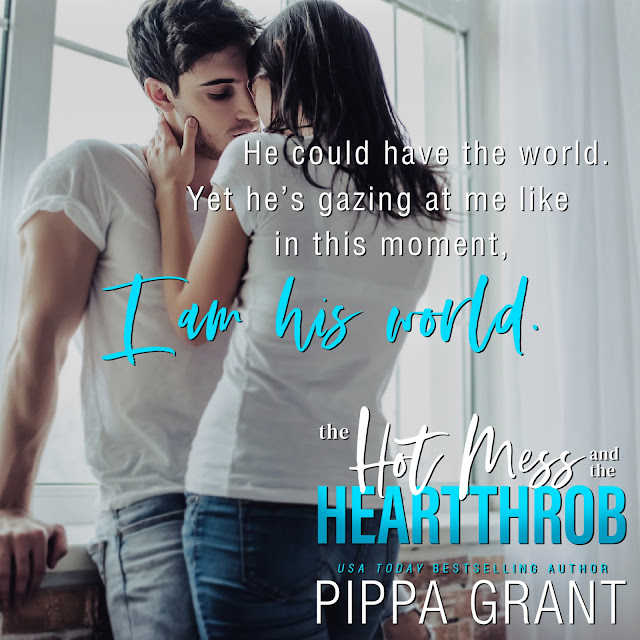 Pippa Grant is a USA Today Bestselling author who writes romantic comedies that will make tears run down your leg. When she's not reading, writing or sleeping, she's being crowned employee of the month as a stay-at-home mom and housewife trying to prepare her adorable demon spawn to be productive members of society, all the while fantasizing about long walks on the beach with hot chocolate chip cookies.
AUTHOR LINKS
FACEBOOK
FACEBOOK GROUP
TWITTER
GOODREADS
BOOKBUB
WEBSITE
INSTAGRAM
VERVE ROMANCE
TIKTOK
Posted by Give Me Books at 12:10 pm