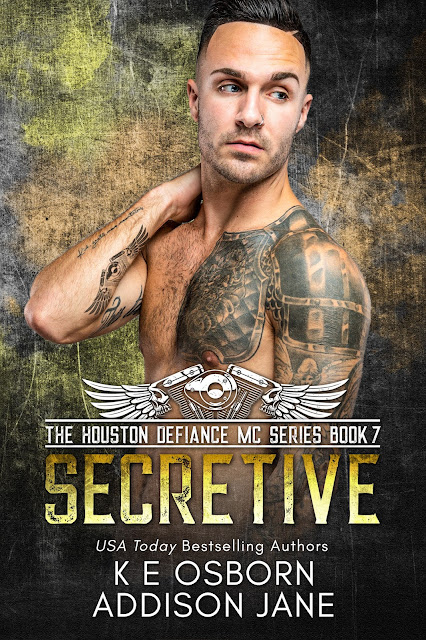 They see me as weak.
Just a scared kid.
The moment my big sister took me away from the club, it sealed my fate as a burden.
As the son of a president for the Houston Defiance MC, I was born into power. I’m destined to lead. My father and older brother before me, I should follow in their footsteps. But they don’t see me that way.
The only path to keep me safe is to ship me off.
To live a life they have chosen for me.
Doesn’t matter what I want.
Behind the ivy-covered walls of Stonewall are mysteries, lies, deception.
I want to uncover it all.
The sting of secrets is to be revealed.
One thing I wasn’t counting on was Thayleah, a fellow student who takes my breath away the second I see her.
But she’s tied to another club.
When enemies come in all forms, you need to keep your eyes open.
But I didn’t see this coming!
From USA Today Bestselling Authors K E Osborn and Addison Jane, comes the highly-anticipated seventh book in the Houston Defiance MC Series. Part of this book was previously released in The Elites Anthology 2021. 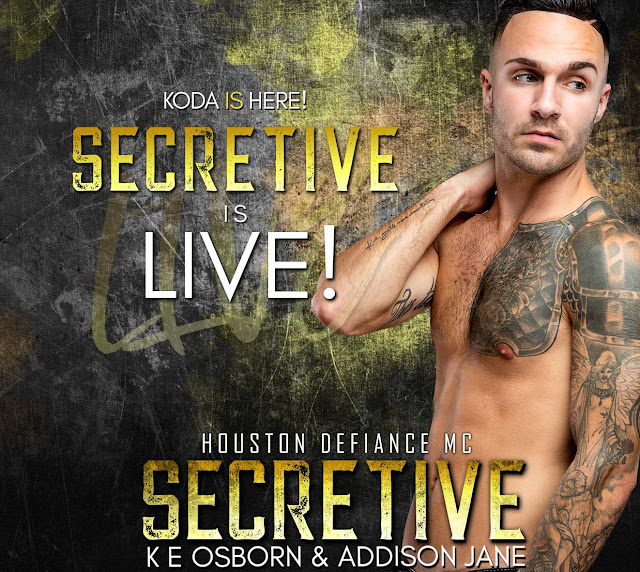 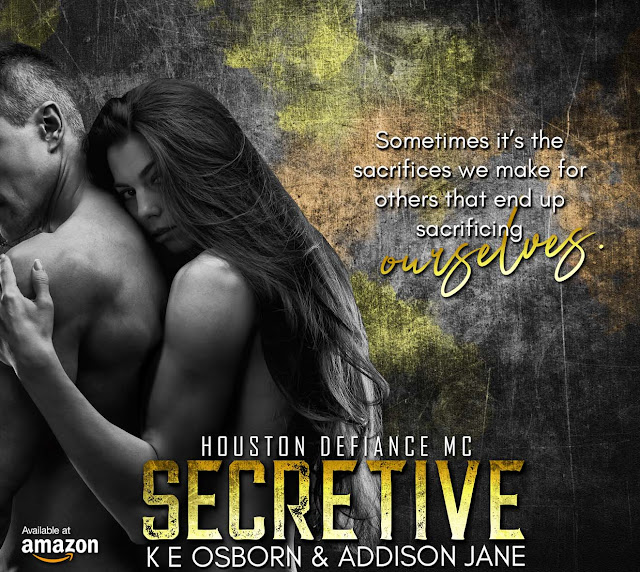 EXCERPT
He knows when to be gentle and when to push me.
And while my first instinct is generally to push back—it’s the comfort and trust I feel with him that eventually has me giving in.
Koda is unlike any young guy I’ve ever met.
Most guys our age are young, dumb, and…
He’s calm, he is intuitive, and he can read people.
How his family still thinks he needs time to grow before he can take his place in the club, it absolutely blows my mind. He has the skills, the personality, and most importantly, the love for his family and his brothers—it’s so obvious in the way he speaks about them despite how they seem to have sent him away like he’s not worthy.
I feel that itch at my skin, my fingers tightening on his leather jacket at the thought of anyone not realizing just how fucking amazing Koda is. I want them to see what I see and watch him prove them wrong. I know sending him to Stonewall was done out of love. It was a move they thought needed to happen to keep him safe and protected.
But anyone can see his heart isn’t here.
And I’m hoping he might see that soon too. 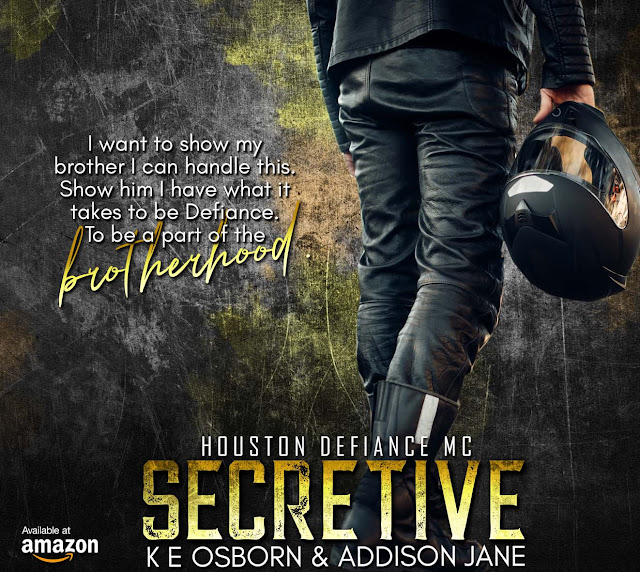 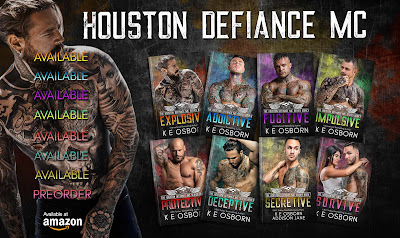 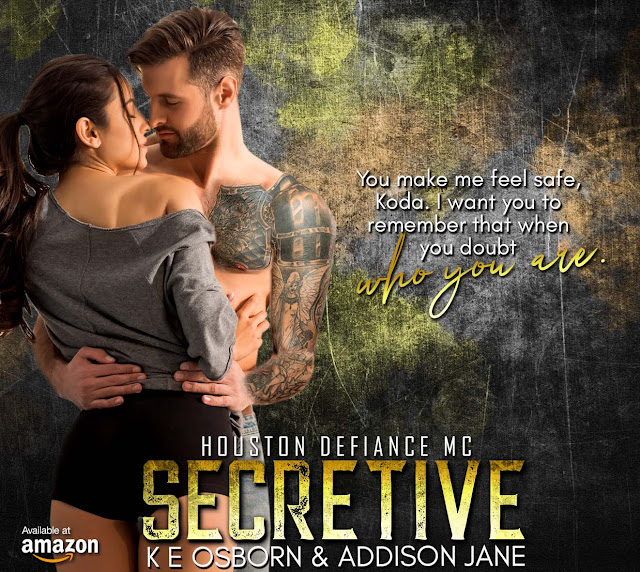 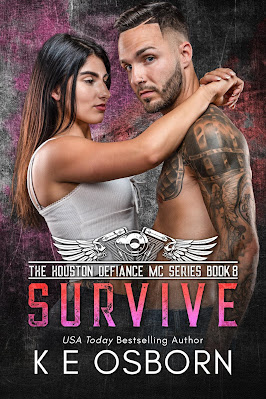 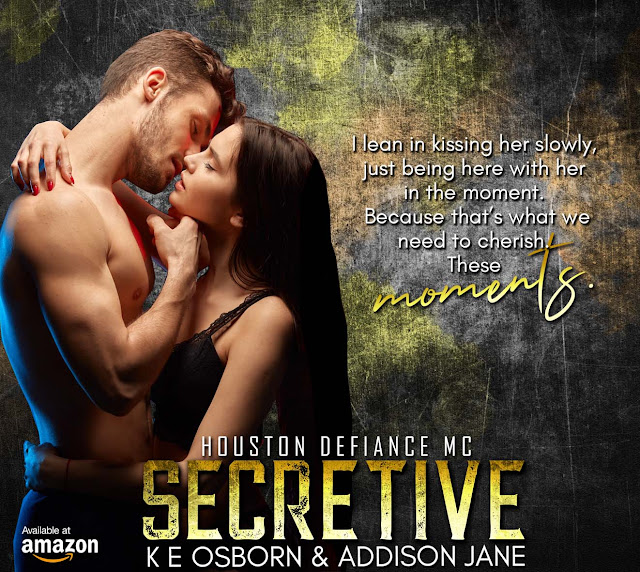 K E OSBORN
With a flair for all things creative, USA Today Bestselling Author K E Osborn, is drawn to the written word. Exciting worlds and characters flow through her veins, coming to life on the page as she laughs, cries, and becomes enveloped in the storyline right along with you. She's entirely at home when writing sassy heroines and alpha males that rise from the ashes of their pasts.
K E Osborn comforts herself with tea and Netflix, after all, who doesn't love a good binge?
Turn lust into love at www.keosbornauthor.com
WEBSITE
INSTAGRAM
TWITTER
FACEBOOK
GOODREADS
BOOKBUB
AMAZON
NEWSLETTER
ADDISON JANE

Addison Jane is a born and bred kiwi girl with a passion for romance and writing.
When she gets the chance she enjoys the little things in life such as reading, dancing, music, and Facebook, but her world really revolves around the little girl who calls her Mum. It's an awkward balance between alpha males and Disney princesses but it works.
Growing up on a small farm next to the beach will always make her a country girl at heart. But since moving away to a small town close to the city she's discovered a dangerous love for shopping.
Writing stories has been something that's come naturally since she was young, and with the massive support of her friends and family, she finally decided to step out of her comfort zone and share them with the world.
She enjoys bringing her books to life with strong female leads, sexy passionate men and a rollercoaster of twists and turns that lead to the happily ever after that her readers desire. 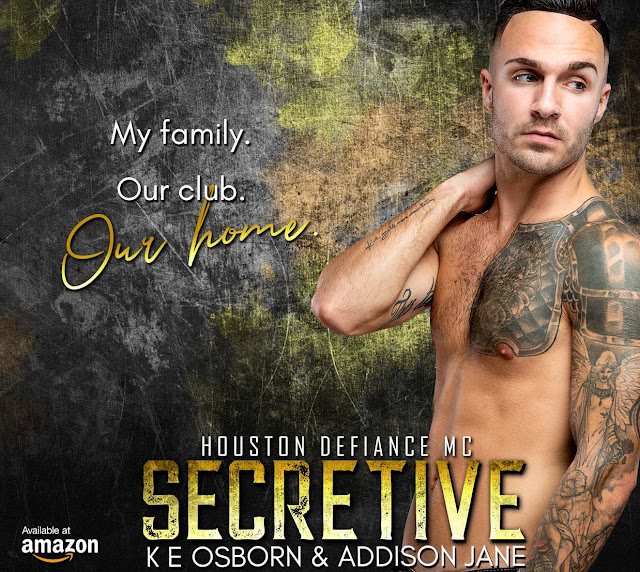 GIVEAWAY
Posted by Give Me Books at 12:20 pm