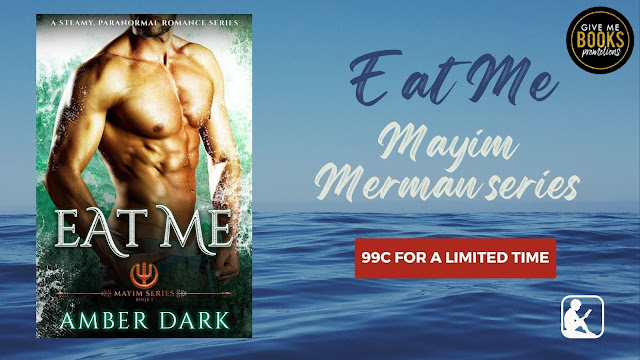 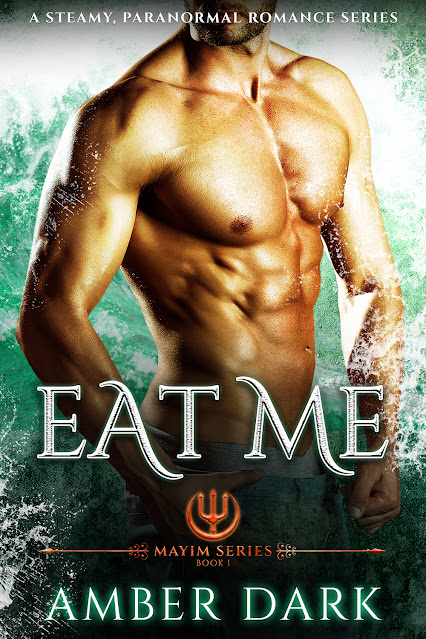 
BLURB
For six months I haven’t been able to let go of the pain, of my ex dumping me. I’ve eaten gallons of ice cream, cried heaps, but haven’t had sex since.
And now, I’m out at a nightclub, and a super sexy guy is seducing me. Whoa.
Who is this dirty talking guy who’s making me break my self-imposed rules? Mayim, that’s who.
And tonight, I’m no longer the book nerd who stays home on the weekend, I’m going to indulge in my secret desires. . .with a stranger.
ADD TO GOODREADS 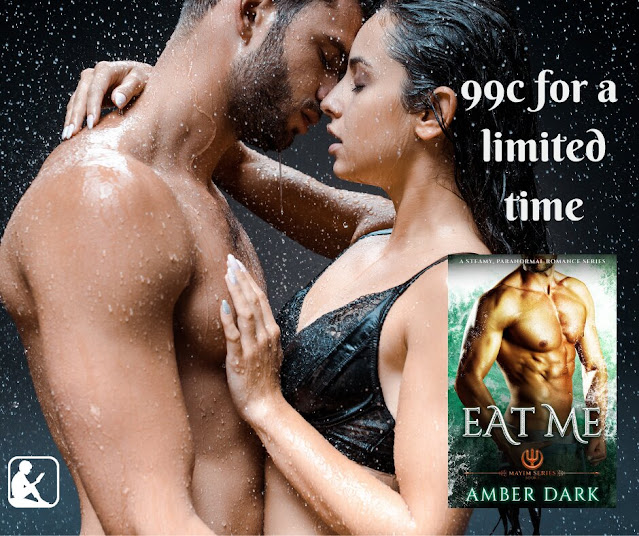 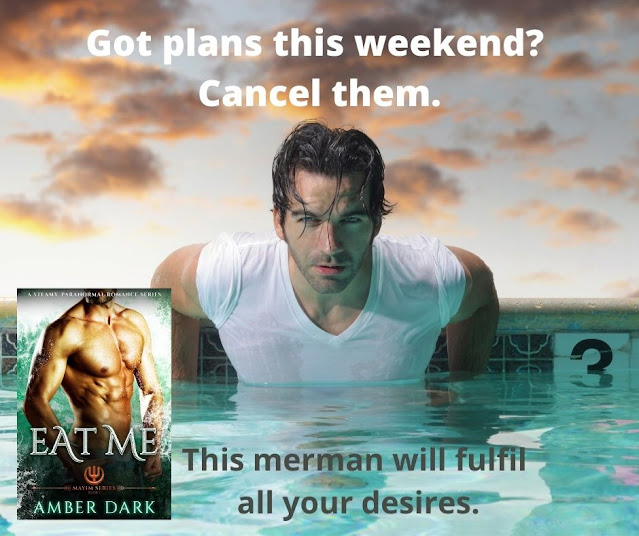 EXCERPT
He gives me a smile so sexy that makes me want to climb onto him and ride that erection of his.
“Give me a moment,” he says as he stands under the blast of cold water.
He stands there, still erect, watching me as the water sluices down his magnificent body.
Tilting his head back, he lets the water run through his hair and then he rubs his hands across his face.
A look of pure contentment crosses his eyes, and he looks like he’s enjoying standing under a jet of cold water.
His eyes close momentarily and I continue to watch the water cascade down his hard body. He doesn’t soap himself, just stands under the cold blast of water.
He then straightens up, fiddles with the tap, before he steps away. “Come, my sweet.” He extends his hand out to me, inviting me to join him.
“You enjoy getting wet?” I ask before biting my lip.
“More than you’ll ever know.” He grins at me, and I feel myself dampen with need.
The water is pleasantly warm and he encourages me to stand under it, as he picks up my jasmine scented body wash and squeezes some into his hands.
The first touch of his hands on my back makes me shiver with longing. His fingers caress my skin, gliding along thanks to the lather. His hands gently cup my breasts before he kisses me.
His mouth is hot and demanding. There is nothing sweet about the way he is kissing me. I return the hungry kisses, and an ache of need pools in my belly.
His fingers travel downwards, and move along my pussy. One hand is cupping my breast, one hand is fingering me, and he’s continuing to kiss me making me pant with need.
“You’re so hot,” he says.
I’ve never had shower sex so I’m wondering how this works. The space is generous enough for both of us, but how? Where?
His fingers caress me intimately and I want more. I bite his ear.
“I love it when you’re like a wild cat, it turns me on,” he says.
“I can tell,” I say with a downward look to his erection. The guy has been hard for most of the time I’ve been with him, doesn’t he ever tire?
“I’m going to fuck you now,” he says.
Apparently he doesn’t tire. 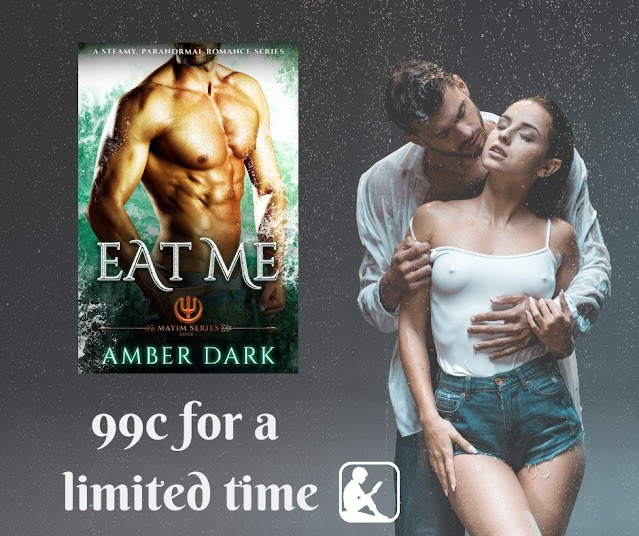 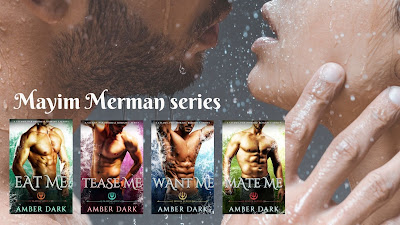 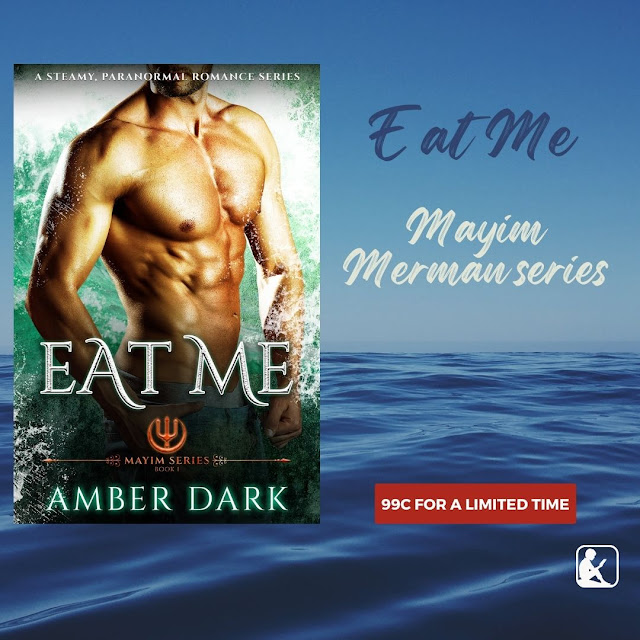 AUTHOR BIO
Amber may love Hallmark romance, but she has a naughty side…she loves writing steamy hot sexy stories with alpha heroes that will melt your panties.
If dirty talk and bad boys are your thing, you’ll love her super seductive, sinfully delicious quick reads. 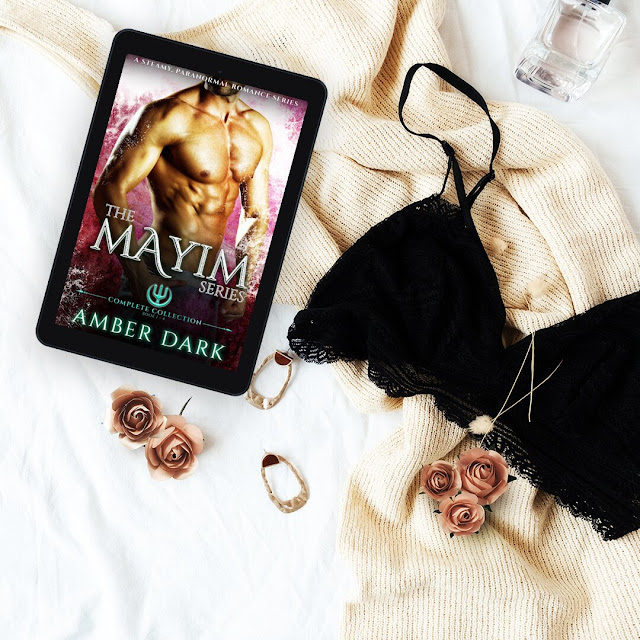