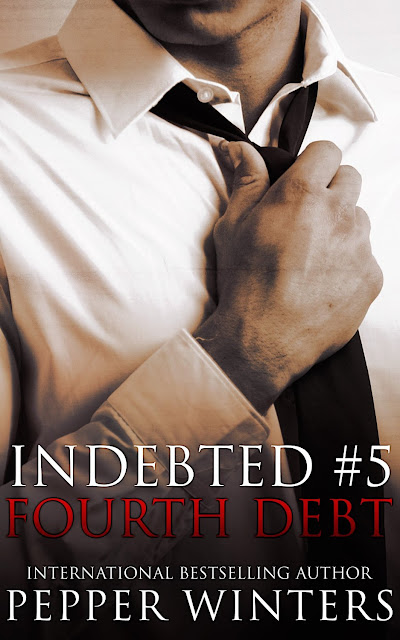 “We’d won. We’d cut through the lies and treachery and promised an alliance that would free us both. But even as we won, we lost. We didn’t see what was coming. We didn’t know we had to plan a resurrection.”

Nila Weaver fell in love. She gifted her entire soul to a man she believed was worthy. And in the process, she destroyed herself. Three debts paid, the fourth only days away. The Debt Inheritance has almost claimed another victim.

Jethro Hawk fell in love. He let down his walls to a woman he believed was his cure. For a moment, he was free. But then he paid the ultimate price.

There is no more love. Only war. Hope is dead. Now, there is only death all around them. 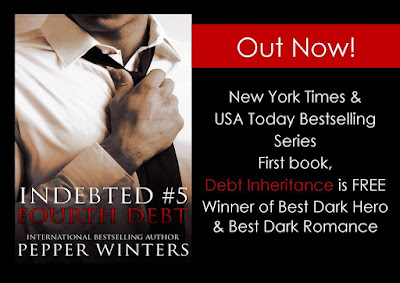 As always, Pepper, you have outwitted me and thrown in a twist I never saw coming. I am not sure how you sleep at night with all the diabolical plots running through your head, but I am glad you get them on paper for us to enjoy!

This is one of the most emotionally heart-wrenching books in the series. There were times I wanted to scream, cry, laugh and even happy dance as I read. I felt as though the character’s pain was my pain at times, and the joy they felt lifted me up right along with them.

This book is not a standalone, so you will need to read the entire series to catch up, but the way Pepper writes, you will be sucked into the world she creates and you will not be able to put the books down! The story line is dark, and not for everyone, but from the darkness is where the light shines the brightest.

I can’t wait for the next book as, once again, we have been abandoned on the edge of a cliff just as a huge gust of wind starts to blow. And if it had ended another way….well, it wouldn’t have been as fulfilling.
~ Review by Devlynn

Wow! Just wow! This story just keeps sucking me in further and further. I really need the final installment now!

This is the fifth story in the Indebted series and picks up right where book four left off. Nila is still living in Hawkridge, being tortured and eventually killed.

“Happiness wasn’t my life path – but destruction was. I would be that instrument of destruction.”

She waivers between despair, revenge, and giving up.

This installment had quite a few twists and turns that had me glued to my kindle, furiously swiping the pages. I couldn’t get enough.

“Love was what ruined me the most. Love was the ultimate destroyer. But no matter how much I tried to let go…I couldn’t.”

How is one expected to give up on the ones we love, no matter how hard it is? Nila really struggled with this in this story and I can’t blame her. She has lost so much to this evil. However, are all the Hawks evil? How do you learn to trust again when it’s been broken so many times?

I feel like we got quite a few answers in this installment, but it lead to even more questions. I seriously love this story. Pepper’s writing is simply beautiful and even through dark, depraved, and wicked things I can’t stop reading. Please don’t make me wait too long to find out how Jethro and Nila’s story ends?!?
~ Review by Tiffany

Pepper Winters is a multiple New York Times, Wall Street Journal, and USA Today Bestseller. If she isn't writing, she's plotting. And if she isn't plotting, she's curled up in a patch of sunshine reading.