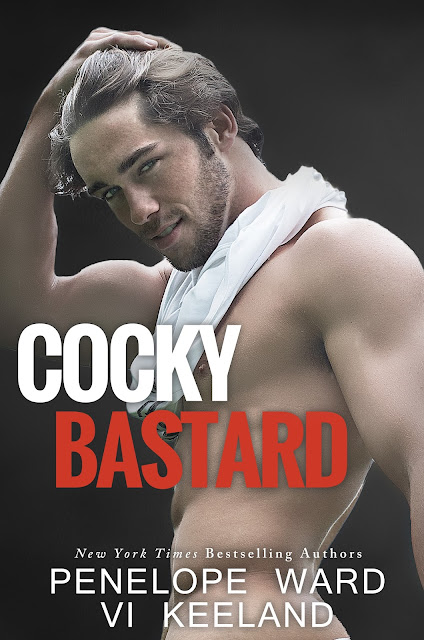 He was someone who belonged in my wildest fantasies instead of a rest stop in the middle of Nebraska.

A sexy, cocky, Australian named Chance was the last person I expected to run into on my cross-country drive.

When my car broke down, we made a deal. Next thing I knew, we were traveling together, spending sexually-tense nights in hotels and taking unplanned detours.

My ordinary road trip turned into the adventure of a lifetime. It was all fun and games until things got intense.

I wanted him, but Chance wouldn’t make a move. I thought he wanted me too, but something was holding him back.

I wasn’t supposed to fall for the cocky bastard, especially when I knew we’d be going our separate ways. 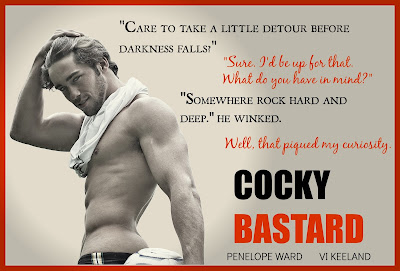 A lawyer, an Aussie and a goat take a road trip… Wait. What? Is that the opening line of a joke? Nope. Just part of the awesomeness that is Cocky Bastard.

Aubrey is on her way from Chicago to California. Driving her car, loaded up with all her worldly belongings, she pit-stops in Nebraska. With a flat tire to fix, she makes a deal with Chance to share the drive to California. Though there was an instant spark, neither one expected the wild fire it would produce.

Oh, there is so much more to this story. Humor, snark, sexy times, romance, intrigue. The relationship between Aubrey and Chance grows and develops quickly, but it doesn’t seem contrived. I’d love to spend some time with Aubrey, she seems like she’d be fun to hang out with. And Chance is my latest book boyfriend with his hot looks and sexy accent—don’t mind me, I’m just dreaming of road tripping with him…

I loved this book from start to finish.
~ Review by Missy

Laughing so hard you cry. Yep, that’s what Cocky Bastard is all about. Road trips. Vibrators. Goats. Bobbleheads. Vegas.

This is one of the funniest books I’ve read in a while. Aubrey is the kind of chick I’d love to be friends with, fiercely loyal and caring. Cocky Bastard is the guy everyone needs in their life. Hot, hunky, makes your life good, and feel like a million bucks while he does it.

This is one road trip I’d love to take. I laughed so hard the tears ran down my face and my abs hurt. Take a chance and read it NOW! You won’t be disappointed!
~ Review by Heather 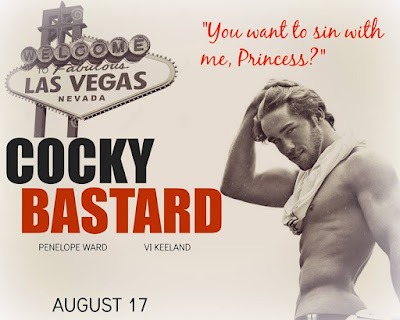 Vi Keeland is a native New Yorker with three children that occupy most of her free time, which she complains about often, but wouldn't change for the world. She is a bookworm and has been know to read her kindle at stop lights, while styling her hair, cleaning, walking, during sporting events, and frequently while pretending to work. She is a boring attorney by day, and an exciting New York Times & USA Today Best Selling smut author by night!

In 2013, she released her first romance novel and never looked back. To date, she has eight novels released, with two more in the works for 2015. Her novels have appeared on the Top 5 lists of Amazon USA, UK, Canada, iTunes and Barnes & Noble.

Penelope Ward is a New York Times, USA Today and Wall Street Journal Bestselling author. She grew up in Boston with five older brothers and spent most of her twenties as a television news anchor, before switching to a more family-friendly career.

Penelope lives for reading books in the new adult genre, coffee and hanging out with her friends and family on weekends.

She is the proud mother of a beautiful 10-year-old girl with autism (the inspiration for the character Callie in Gemini) and a 8-year-old boy, both of whom are the lights of her life. Penelope, her husband and kids reside in Rhode Island. 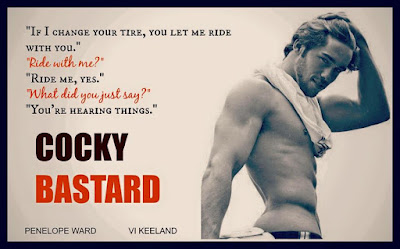