Rodeo cowboy Canyon O’Donnell is a champion with more national titles than any pro bull rider in history. He’s also one week away from ending his own life. Haunted by mistakes from his past, Canyon isn’t looking for redemption, let alone love. But when a beautiful girl with her own tragic past practically falls into his lap, he can’t resist taking her under his wing. He can’t promise her forever, but maybe he can help ease her pain.

A little over a year ago, Lily Lawson was murdered. Now she’s back on earth in a new body, sent to redeem a lost soul before it’s too late. But her first good will mission is complicated by a powerful attraction to the tortured cowboy she’s been sent to save. Soon she wishes she could promise Canyon forever, but she only has a few days and time is running out.

Lily’s willing to do whatever it takes to save Canyon’s life, but what if the one thing he needs is the one thing she can never give?

A cowboy tale with a fantastical, supernatural bent—even if I didn’t already love this series, I would have been intrigued by that! And what a story it was…

Canyon O’Donnell is planning to end his life. After making a mistake that will haunt him for the rest of his days, he’s decided to do what he can to make it right, and then let go. But he was not expecting Lily Grace.

Lily Grace Lawson has been given the chance to help a lost soul. Herself a victim of a violent crime, it’s been a while since she’s walked the Earth and now she’s back in a new body, set to stop Canyon before he gives in. But her attraction to the lost cowboy is a complication. Her time is limited—she has to save him and then leave her borrowed body—only she’s starting to wish she had forever with him.

How can Lily save Canyon when losing her will just break him further?

I was heart-broken when Lily was murdered earlier in the Lonesome Point, Texas series. And a little bit mad, if I am honest, that someone so right for John was taken away—even if allowed him to find his Percy (wanna know what I mean? You should read Ropes and Revenge!) But this novella makes it all right again.

Sure, it’s a bit out there, what with Lily coming back after her death, anchored to the new body, sent to save another lost soul. I can see that being a turn-off for some, but they’re missing out. This story is all about hope, redemption, forgiveness and second chances. It’s a beautiful tale, one that both hurt and healed my heart, as Lily came to terms with her own loses from her former life, and the possibility of losing love again when her mission is complete.

I love that Jessie Evans build on the slightly out-there aspects of her series (ghost towns, spirits and messages from the beyond) to give this couple a chance at happily ever after. Sometimes, it’s just nice to think that the end doesn’t always mean The End…especially when it’s a series that I’ve adored.
~ Review by Beth 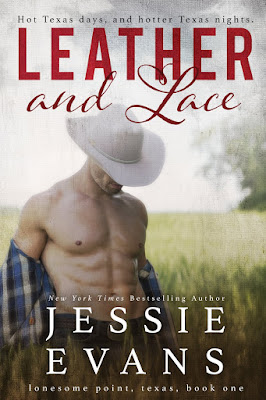 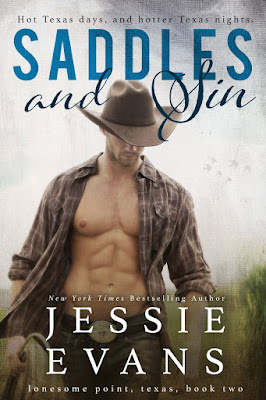 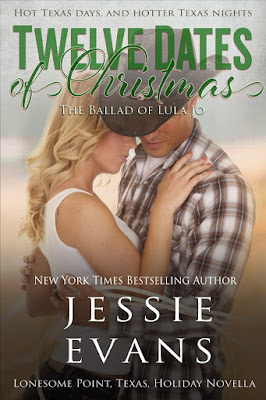 #2.5 TWELVE DAYS OF CHRISTMAS: THE BALLAD OF LULA JO 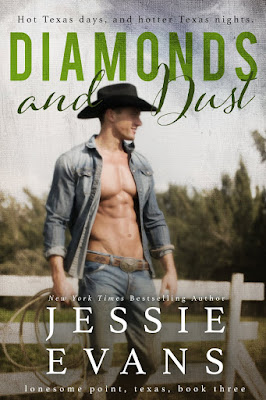 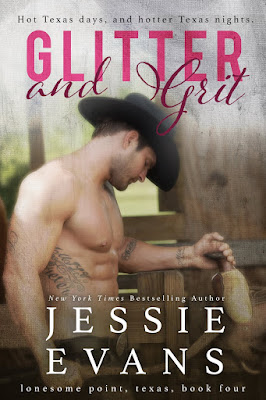 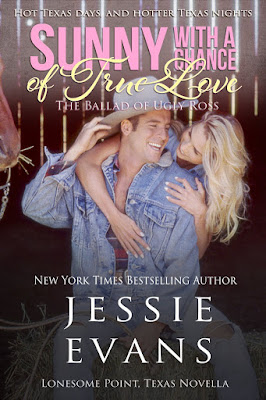 #4.5 SUNNY WITH A CHANCE OF TRUE LOVE: THE BALLAD OF UGLY ROSS 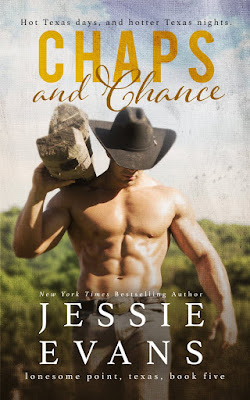 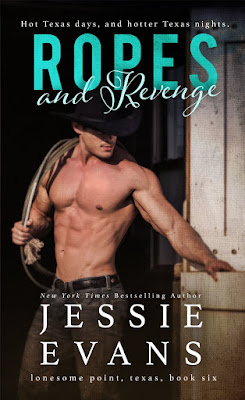 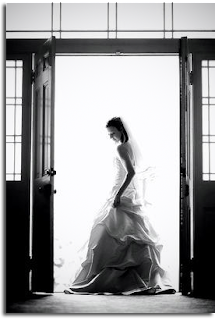 New York Times and USA Today bestselling author, Jessie Evans, gave up a career as an international woman of mystery to write the sexy, contemporary Southern romances she loves to read.

She’s married to the man of her dreams, and together they’re raising a few adorable, mischievous children in a cottage in the jungle. She grew up in rural Arkansas, spending summers running wild, being chewed by chiggers, and now appreciates her home in a chigger-free part of the world even more.

When she’s not writing, Jessie enjoys playing her dulcimer (badly), sewing the worlds ugliest quilts to give to her friends, going for bike rides with her house full of boys, and drifting in and out on the waves, feeling thankful for sun, surf, and lovely people to share them with.