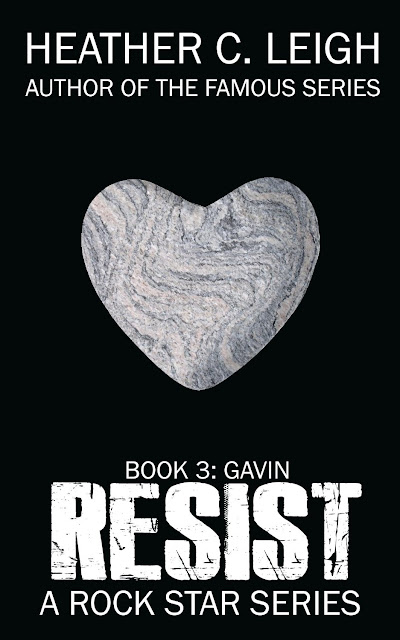 All Gavin Walker, bass player for the multi-platinum selling band, Sphere of Irony, wants to do is surf, play music, and occasionally get laid. The problem is that Gavin has a stalker. A potentially deadly one. The threats he receives always mention something about Gavin being gay, which isn't public knowledge since the record label wants to keep it quiet.

Mitch Hale used to track serial killers for the FBI. A life-changing incident led him to quit the bureau and start his own company providing computerized security for Los Angeles' wealthiest people. Mitch doesn't know anyone when he moves across the country from D.C. to California, and all he has for companionship is a pathetic string of failed relationships with women.

When Gavin's manager hires Mitch to find the stalker, the men instantly hate each other. Despite the constant fighting, attraction between the two blazes hot, confusing the former FBI agent. Spending time with Gavin forces Mitch reflect on what he's denied about himself for the last ten years. Listening to Mitch's plan to catch a madman thrusts Gavin's personal life out in the open for the entire world to see.

Can Gavin and Mitch stop fighting long enough to stop a stalker before someone gets hurt? Or will they stubbornly resist the feelings that develop when they're forced to work together?

I actually encountered this book for the first time at a book signing. Specifically, I saw a postcard teaser and knew I had to read it. Rock star and the ex-FBI agent? Hell yes. I may not have been familiar with this author's work before now, but this one was enough to get my attention. And keep it, to the very last page.

As one member of famous band, Sphere of Irony, Gavin Walker lives his life in the public eye. Only, it's all a bit of a lie. Not many people know that Gavin is gay--but one of those people is out to get him. And when Gavin's dangerous and escalating stalker leaves him a 'gift', the time comes for the band's management to pull in outside help, in the form of former FBI profiler, Mitch Hale.

The attraction between Gavin and Mitch is as instantaneous as their dislike for one another. Gavin has never seen anyone as sexy as Mitch, even though he resents the rules the guy is imposing on him. And Mitch finds that gorgeous, bratty Gavin is bringing up all kinds of feelings he's been hiding from for years.

As the danger gets ever closer, and the two spend more time together, thrust into the limelight and on display, they have to learn to work together or potentially get hurt...in more ways than one.

I wasn't expecting Resist to be as suspenseful and mysterious as it turned out to be. I didn't actually read the full blurb before I dove into it--spurred on by the aforementioned sexy teaser and my love for M/M romance--so it was surprise. A very good one, I might add.

Heather C. Leigh has produced a hell of a romantic suspense. I was left guessing to the end, coming up with various (incorrect) theories as to who the stalker might be, why they were targeting Gavin and how the plot would all unfold. The pacing was solid, the clues noticeable but not obvious once all was revealed, the sexy times very sexy, and the intrigue spot-on.

While both Mitch and Gavin occasionally frustrated me--Mitch with his blindness to his true nature, which came across as both denial and plain stupidity in equal measure, and Gavin with his petulant, spoiled, childish behavior--I did fall for these two men together. I absolutely enjoyed them as they went from lust to anger to horniness to my personal favorite, true love.

I've not read the earlier books in the Sphere of Irony series, but no matter. I was easily able to jump into it at book three, which both left me wanting to get my hands on Hawke's book, and desirous of the chance to read the first two. Yes, this series definitely has my attention now.
~ Review by Beth 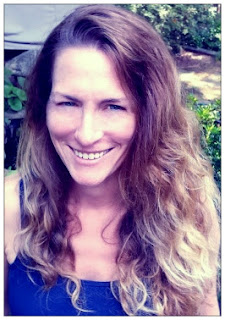 Heather C. Leigh is the author of the Amazon best selling Famous series. She likes to write about the 'dark' side of fame. The part that the public doesn't get to see, how difficult it is to live in a fishbowl and how that affects relationships.

Heather was born and raised in New England and currently lives outside Atlanta, GA with her husband, 2 kids, and French Bulldog, Shelby.

She loves the Red Sox, the Patriots, and anything chocolate (but not white chocolate, everyone knows it's not real chocolate so it doesn't count) and has left explicit instructions in her will to have her ashes snuck into Fenway Park and sneakily sprinkled all over while her family enjoys beer, hot dogs, and a wicked good time.

Posted by Beth Cranford at 2:10 am