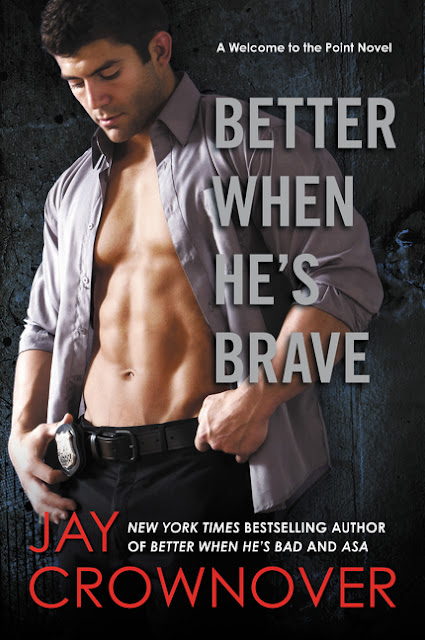 In New York Times and USA Today bestselling author Jay Crownover’s third novel in her sexy, thrilling Welcome to the Point series, a woman’s search for repentance leads her to the one man from her past she can’t forget as they join forces to save their city—and the explosive love neither can live without.

Titus King has always seen his world in black and white. There is a firm right and wrong in his mind, which is why as a teenager he left behind the only family he’d ever known to make a better life for himself. Now a police detective in one of the worst cities in the country, he can’t deny his life has turned into a million different shades of gray.

The new criminal element in The Point has brought vengeance and destruction right to Titus’s front door, and walking the straight and narrow seems far less important now. The difference between right and wrong is nothing compared to keeping those he loves alive. To add to his already strained moral compass, the beautiful and mysterious Reeve Black has made her way back to town. This girl might be as dangerous to Titus as the guy trying to destroy the Point but he can’t walk away because he needs her—in more ways than one.

Reeve knows all about the threat trying to destroy The Point. She knows how ruthless, how vicious, and how cruel this new danger can be… and instead of running away, she wants to help. Reeve knows that she has a lot to repent for and saving the city, plus the hot cop that she hasn’t been able to forget might just be the only way she can finally find some inner peace.

With an entire city poised on the brink of war, Titus and Reeve stand in the crossfire—and it will take two brave souls to fight for the ultimate love.

The third installment in Jay Crownover's exceptional Welcome to the Point series was the one I was waiting for. Titus King, the lone good guy in the series about bad people, doing bad things, in a bad town, has fascinated me from the start. His story was exactly what I hoped it would be. Thrilling, hard-fought, unputdownable.

Detective King has a streak of honor in him that keeps him fighting for The Point, even knowing it's a losing battle. With a new threat in the horizon, and a war for control of the city just around the corner, the last thing he needs is the beautiful, deadly Reeve Black to reappear in his life.

Reeve is determined to help the cop that she's been infatuated with from the moment she met him. She has the information Titus needs to hunt down and cut off the threat, and she's willing to work with him to make amends for past mistakes.

But he's a good man trying to protect his city and the ones he loves, and she's a bad girl that isn't sure she can find the right path to redemption. How can they exist together when they appear to be on opposite sides of right and wrong?

Wow, Ms. Crownover is one hell of a storyteller. I was utterly mesmerized by this fantastic book from the start--the explosive prologue that set the tone for the rest of this balls-to-the-wall, edge-of-your-seat suspense.

Better When He's Brave is a redemption tale that blurs the lines, in much the same way Titus himself starts to blur them in the pursuit of justice and safety for his people. I loved the hell out of the strong, beastly, sexy cop and I couldn't have stopped reading his tale if you'd paid me. You'd have been wasting your money if you tried.

There is much contradiction in this book and in these characters, and Ms. Crownover balances it perfectly. There are many potentially unlikeable characters that appear in this series and yet, almost all make you want to wish and cheer and hope for them. I found myself wanting to forgive the unforgivable and trying to find the right in all the wrong.

Even when they made poor choices, lied, manipulated, endangered, I still wanted them to get their chance at the ultimate love. I wanted Titus and Reeve to find their more not just between the sheets, where they absolutely burned up, but in the big, bad world.

That want, that hope, also applies to the characters to come. I'm anticipating the fourth book already, intrigued by the seemingly irredeemable Nassir and how Ms. Crownover plans to make him into an anti-hero we can all get behind. I can only hope it's as action-packed and heart-racing as this thrilling installment. I'm waiting...
~ Review by Beth 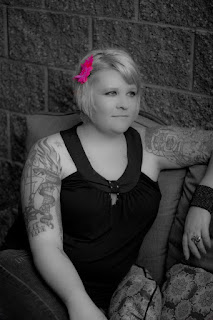 Jay Crownover is the New York Times and USA Today bestselling author of the Marked Men and Welcome to the Point series. Like her characters, she is a big fan of tattoos. She loves music and wishes she could be a rock star, but since she has no aptitude for singing or instrument playing, she'll settle for writing stories with interesting characters that make the reader feel something.