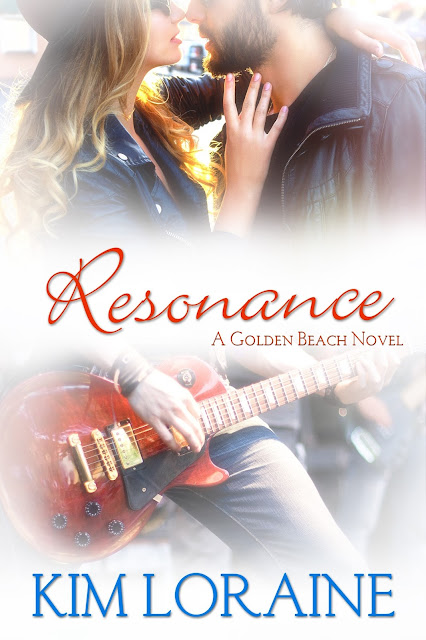 It’s all Angela Peters has wanted for the last twelve years. Determined to keep their focus on their band, Panic Station, she and Garrett made a pact that they’d never sleep together. No relationships. No distractions. Now, on the brink of getting everything she wants, she wakes up in bed with her drummer the day before their big tour begins, a recipe for disaster.

Garrett Donalson has been in love with Angela since they were twelve years old. The moment she broke their pact, he thought he’d finally found his forever with her. Unfortunately, the road to success is paved with lies and deceit, leaving Garrett fighting to keep the girl he’s wanted for so long.

Sometimes holding on to what you have is harder than getting what you want. 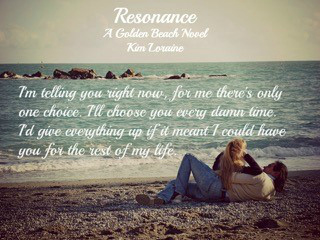 
Angela wrinkled her nose as the smoky air of the bar coated her skin like a grimy film. She'd been in plenty of smoke-filled bars over the years, but the initial assault on her senses always bothered her. The bar was crowded, a country band played on the stage, and couples sat at small tables sharing snacks and drinking. The two of them went unnoticed, and it was glorious. Enjoying the feeling of being ordinary again, she and Garrett grabbed seats at the bar.

“What'll you have?” the bartender asked.

“Jack and coke.” Angela looked at Garrett and grinned at his stupefied expression. “He'll have the same.”

She forced a chuckle as she watched him, a niggling strand of jealousy working its way into her head. The bartender was a gorgeous brunette with skintight jeans and curves women would pay big bucks for. “Don't fall into her cleavage.”

His guilty expression said it all. Busted.

They sipped at their drinks in companionable silence. She was hyper-aware of his thigh brushing against hers, the spicy scent of him—somehow more appealing than it had ever been.

“So, Aiden and I were asked to come on The Rich Morton Show in a few weeks,” she offered, attempting to distract herself from his appeal.

Deep brown eyes connected with hers and an unwelcome fluttering began low in her belly.

“Wow, that's a really big deal. This song is really taking off, huh?” He took a long pull from his drink and offered a weak grin.

Her heart hammered as he uttered the words. “Shh, someone might hear you.”

“I'm not so sure it's fake for him,” he muttered under his breath.

The spark of anger in her belly flared at his comment. “I don't want to talk about this right now.”

“Okay, sorry. What should we talk about?”

“We don't spend any time together anymore. I miss my writing partner. I miss the feeling I get when we make something good.”

“I miss that, too.” Those beautiful eyes found hers again, and she squirmed in her seat.

The music had stopped and the band stepped down from the stage. They applauded politely, though they really hadn't been listening. She watched with mild interest as a wannabe cowboy with the beginnings of a beer belly sauntered up to the microphone.

“Excuse me just a minute, y'all.” He held up a hand. “It was just brought to our attention that we've got ourselves two thirds of Panic Station sittin' right over there at the bar.”

Garrett grinned at her like an idiot. “This is so cool.”

Wannabe Cowboy waved at them. “So, maybe we can persuade them to give us a little show. What do y'all think?”

The crowd cheered and whooped. She looked from the stage to Garrett, then back.

“Shall we?” he asked, holding a hand out to her.

She shrugged and grinned. “I guess so.”

Garrett grabbed the offered guitar and she walked over to the piano unsure of what song they should play. Her palms were sweaty as she ran her fingers over the keys.

He came around and whispered, “Only,” in her ear. A chill ran up her spine. That was the last song they'd written together, right before the tour. No one had heard it.

She leaned up to the microphone and adjusted it before clearing her throat. “Hi, my name's Angela Peters and this is Garrett Donalson. This song is called Only.”

Garrett counted off and they played. As she sang and he harmonized she felt close to tears. The lyrics were so painful now, now that she knew what they really meant. He'd written this about her, about them, how he felt, and she'd ignored it. As the song died down to the last strains, her heart clenched.

She watched him watch her and couldn't quell the urge to feel his arms around her. As soon as the crowd was applauding she jumped up and strode toward him. Alarm registered on his face as she approached and he quickly handed off the guitar before her arms were around him. Burying her face in his chest to hide the tears, she held him tightly.

He hugged her to him and kissed the top of her head. “I know.”

Kim Loraine is the author of the “Golden Beach” series, including “Restoration” (2015) and “Renovation” (2015). She started writing at a young age, scribbling down song lyrics, short stories, and poems she was too afraid to share with anyone. Busy working as a music teacher in her Pacific Northwest hometown, it wasn’t until her family of four picked up everything and moved to beautiful Japan that she decided to finally take the plunge and send her characters out into the world.

The central theme in Kim’s books is self-discovery, whether that is found through taking risks, breaking down walls, or admitting mistakes. Kim likes to write characters that seem like someone you actually know, who find that life is a journey not without its challenges.

When not writing Kim spends her time with her husband, chasing around their crazy kids, exploring Japan, and binge-watching Doctor Who on Netflix.