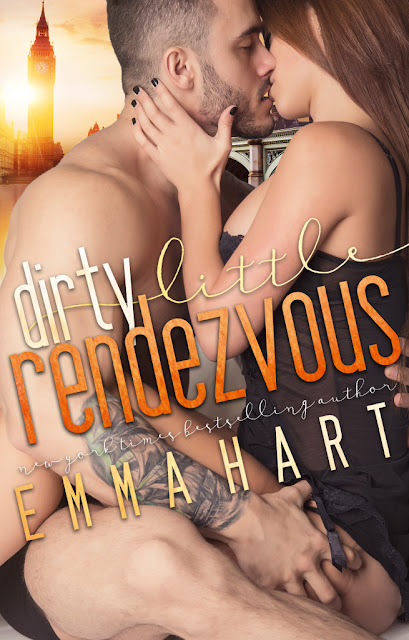 Sometimes the past becomes the present... And he's hot, cocky, and British.

Leila Burke expected a lot of things when she joined her brothers on tour in Europe. He wasn't one of them.
Jase Masters had no idea what to expect when he agreed to support Dirty B. on tour. She definitely wasn't it.
It's been eighteen months.
He remembers that night a little too well.
She insists she has no idea who he is.
He's rugged and determined.
She's wild and free.
Together, they're a tornado.
Keeping it from touching down is the least of their worries.

(Dirty Little Rendezvous is a spin-off of The Burke Brothers series, but can be read as a standalone.) 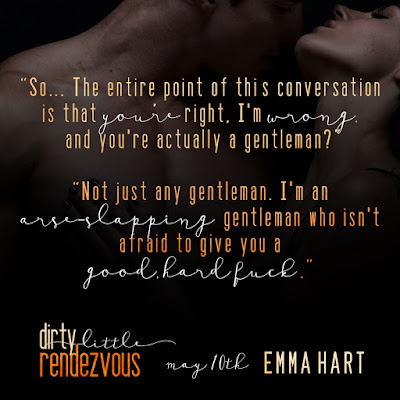 To say I’ve been anxiously waiting for Leila Burke’s story is an understatement. She’s just been biding her time, sitting back, allowing her four hot, sexy, rock star brothers and their girlfriends bask in the attention. Well, let me tell you, Leila and Jase’s story was worth EVERY FUCKING MINUTE of the wait!

I adore a strong female lead character. A character who takes no shit—who gives back as good as she gets. This is Leila Burke. She’s the youngest and has been dealing with (and outsmarting) four alpha male siblings for years! And things don’t change just because she’s traveling with them out of the country—if anything, she’s even more snarky on the road than at home.

I loved catching up with all the Burke brothers and their women, too. Connor, Sophie and Mila, the little cuss con artist. Tate and Ella. Aiden and Jessie. Kye and Chelsey. And the epilogue. Sweet Jesus. Amazing.
~ Review by Missy

I am not going to go into a synopsis of the book—you can read that almost anywhere—but I will tell you to put on your seat belt and enjoy the ride that is Leila and Jase.

The dynamics of this family flies off the page and literally smacks you upside the head. You can tell the brothers love Leila with everything they have, but still treat her as the baby, even if she is a 23-year-old woman. When they set the “ground rules” out, you can almost feel the tension rolling through the room. Mix that with Leila’s sass and charm, and you know she is going to put them through their paces.

Jase is my new book husband. He is almost painfully perfect but in the best way possible. The fact that, right off the bat, he is willing to do just about anything for her, shows what a stand-up man he truly is. There were a few times when they were out when I wanted to reach in and smack him upside the head for forgetting there are cameras everywhere these days, but the way he swooped in to save the day made it all better.

With this being my first book by this author, I was really not sure what I was expecting—but what I got was a million times better. You can tell this author really connects with her characters and loves them as if they were her family (and they very well may be). I will be running to purchase the rest of this series right now!
~ Review by Devlynn

I have to say, Leila has been one of my favorite characters in the Burke Brothers series, and when I reached the end of Dirty Tricks, I was super disappointed that we weren’t going to see her get a well-deserved HEA.

And that’s where Dirty Little Rendezvous comes in…

When Leila heads off on tour with her brothers’ band, Dirty B, she doesn’t expect to come face-to-face with a man she had one dirty night with eighteen months prior, and when she does? SPARKS, Y’ALL. Serious sparkling little jolts of chemistry between feisty, sassy Leila and hot, tattooed and British, Jase. *fans self* They were dirty, sexy and panty-melting—and left me feeling a little overheated, if you catch my drift.

I really did love these two together, but I have to admit that, as someone who has read the entire Burke Brothers series, I was expecting something different for Leila. Possibly I should have hunted down a proper blurb before I dove in, but I was disappointed at first that this story of Leila’s wasn’t the one I had envisioned from the first book.

No matter. I still enjoyed the back and forth, the push and pull, the sneaking and spanking between this couple, and I have to say that Leila Burke is one of my favorite—if not my favorite—Emma Hart females. She was the right blend of cocky and snarky and sarcastic, without it ever spilling over into the dreaded bitch territory, and yet, she still felt soft and vulnerable at all the right moments. Moreover, she was well matched with Jase, who was sweet and a gentleman (who’ll hold the door for you and stare at your arse while he’s at it… *wiggles eyebrows*).

While I DO think that Dirty Little Rendezvous is Ms. Hart’s best book in this series since Dirty Past, I feel compelled to note that the ending (NOT the epilogue, let’s be clear on that because that epilogue was per-fec-tion) was something that could have be truly beautiful with a little more communication and honesty, and little less trickery. Simply put, I liked the ending, but I didn’t love it. It didn’t give me the swoons and feels I had hoped for, and felt like I was on the road towards as this couple went from rendezvous to relationship to real love.

Although…that epilogue more than gave me those feels so, kudos to Ms. Hart for that…and for giving Leila Burke the HEA she deserved.
~ Review by Beth 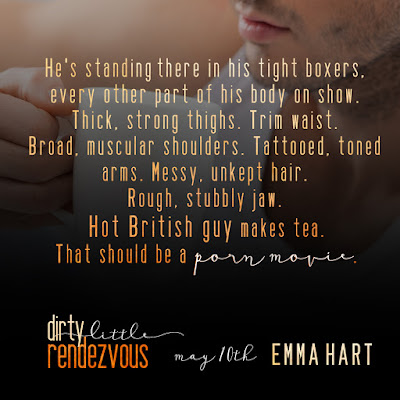 By day, New York Times and USA Today bestselling New Adult author Emma Hart dons a cape and calls herself Super Mum to two beautiful little monsters. By night, she drops the cape, pours a glass of whatever she fancies – usually wine – and writes books.

She likes to be busy – unless busy involves doing the dishes, but that seems to be when all the ideas come to life.