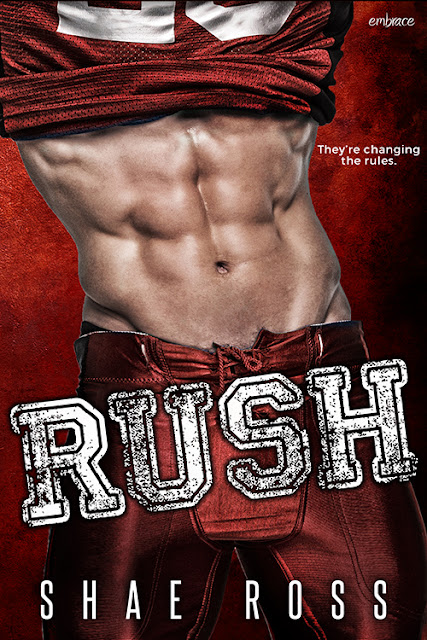 Priscilla Winslow has a mouth that spits fiery sarcasm faster than I can throw a touchdown. But I’ve wanted her ever since I saw her in that Bo Peep outfit on Halloween. Yep, I’m a sheep who will follow that little hottie anywhere. There’s one problem…she hates me. Just because we ended up in jail and quite possibly ruined both our futures...

College Quarterback, Preston Rush is living the dream. He’s leading his team to the National Championship and days away from earning a ‘first round draft pick’ label. When he meets Little Bo Peep at a Halloween party, he thinks he’s scored big. Instead, he wakes up in a jail cell with the corseted beauty. Because of him, she’s in trouble and when he discovers her true identity, he realizes, his nightmare is just beginning.

The always shooting for perfection Priscilla Winslow can’t believe her good deed has cost her soccer career. Even though she knows it isn’t Preston’s fault, she can’t forgive him for the disaster that is her life. She just wishes her damn body would get the message. Every time she sees him, it’s all she can do not to kiss him.

When everything crashes down around him, Preston will have to decide if doing the right thing is worth losing it all. 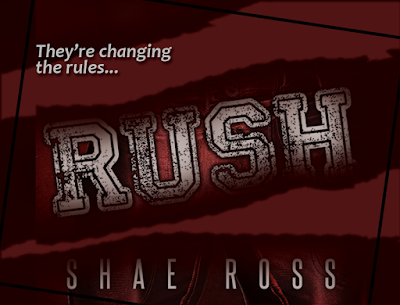 RUSH was my first Shae Ross book and it is a testament to how well it is written that I had no idea it was part of a series until I went to write this review. It not only works just fine as a standalone—it's really, really good.

It is no easy feat to pull off an angry female while still keeping her likable, and yet, Ms. Ross has done exactly that. Priscilla is a strong, outspoken female athlete who finds herself in the position to have to fight for something that means a lot to her. She's angry—and rightfully so—but she's never mean or spiteful. She never loses sight of the fact that she's not the center of the universe. She's written in such a relatable way that you can't help but cheer for her and frankly, her outbursts and antics are hilarious and understandable. I loved this so much.

I also loved what Ms. Ross did for female collegiate sports here. I loved how Priscilla’s teammates (Jace!) rallied and fought for their place in the athletic hierarchy. These women were smart and fierce without ever—not once—feeling heavy-handed or overly dramatic. I loved the friendships and loyalty, and how the serious plot points were balanced with laugh out loud, quirky, funny moments. I just loved them. I loved this whole storyline!

As crazy as I was about how Ms. Ross portrayed the female athletes, I also adored how she wrote Preston. He's not a typical football hero. It was so easy to love him; he’s strong, honorable, and a bit of a rascal. He's funny and easygoing while also being fiercely protective and intensely hot. He's the perfect pair for Priscilla, and together they are a bona fide team. They respect each other. They support each other. And how that plays out was like a breath of fresh air—a subtle, but fresh twist on this much-loved trope.

RUSH was everything I love about football romances written in a way I didn't even know I was dying to read. If that hot-as-sin cover alone didn't suck you right in, let the fact that it is refreshing, funny, and equally hot-as-sin on the inside help you pull that trigger.
~ Review by Shelly

Shae Ross was born and raised in Ferndale, Michigan. After graduating high school, Ms. Ross attended Michigan State University and continued her education at Detroit College of Law. Prior to 2014, she spent the majority of her career practicing corporate law, running a successful business and engaged in entrepreneurial ventures.

After having one too many stressful days at the office, Ms. Ross began to consider pursuing her lifelong dream of writing. Armed with an English degree, an interest in historical settings and a huge collection of romance novels, Ms. Ross put pen to paper and began converting the characters in her head to ink. She soon found herself happily immersed in a new working world that included heroes and heroines, agents and editors, and a multitude of secondary characters.

Ms. Ross currently writes in the new adult and contemporary romance genres and lives with her husband and three children in Holt, Michigan.