Review ~ The Deliverance of Dilan by Kathy Coopmans 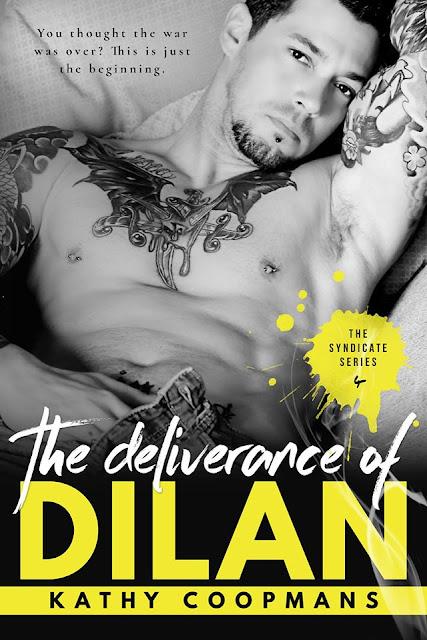 Dilan Levy. The mysterious man
The man with a war to end.
The man who was put behind bars for a crime he didn’t commit.
The man who disappeared after he was shot.
The man who fell for the woman.
The innocent woman.
He’s back to deliver his rightful revenge.

Anna Drexler.
He saved her life.
Took a bullet for her.
Then left.
For six long months, she’s tried to forget him.
His face, his tattoos. His sinful body.
She may be innocent. However, she is not naïve.
Dilan is back. Anna is determined.
Two people stand in their way.
A brother and a sister.
The Mexican Cartel.
They started the war.
Let’s finish it. 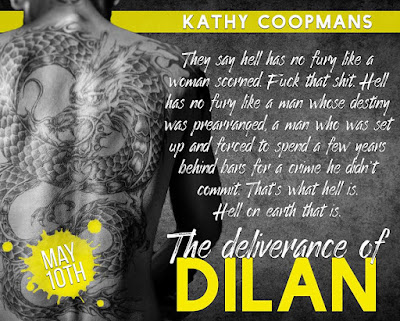 DILAN!!!! <——— Yep, that’s me shouting his name! Because really, if I don’t shout it here, how will he know I love him? I guess I’ll have to just tell everyone! Dilan Levy may have jumped to my favorite of all the Syndicate men! He’s a bit dark and broody but more so, he knows he loves Anna Drexler and he will do anything to be with her. Even if that means bring down a whole cartel (or at least try)!

First, let me say, please read the other Syndicate books before reading The Deliverance of Dilan. If you don’t you’ll be missing soooo much! And it’s more than worth the time spent in their world! Next, get ready for a whirlwind trip. There is so much going on here. Dilan and Anna have this insane connection. It’s white hot. She’s all love and light and he’s, well… not. But he knows what he wants and it’s her. She sees the good in Dilan, and it’s one of those things that just makes love—love! They both accept each other for who they are and love each other hard for it!

I could tell you all about the story—blood, guts, gore and more, but Kathy Coopmans draws you into these men and their lives with so much more. The mafia isn’t just about illegal activities and killing people. It’s about family first. And true to that, we find that in this book. If you’re like me, you will experience a myriad of emotions and you’ll feel whipped and exhausted but full of love at the end. In my book that’s the way a great story should make us all feel!

The Deliverance of Dilan is about family first and finding love in a dark world! I jumped in head first and came out with so many feelings!
~ Review by Heather 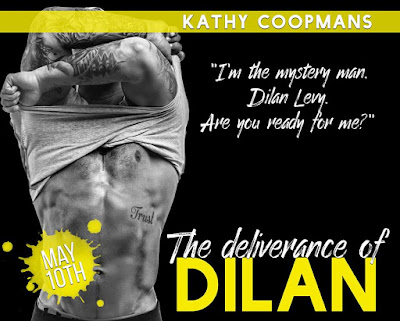 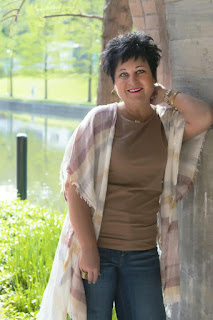 Email ThisBlogThis!Share to TwitterShare to FacebookShare to Pinterest
Labels: 4 stars, Kathy Coopmans, Review, The Deliverance of Dilan, The Syndicate series