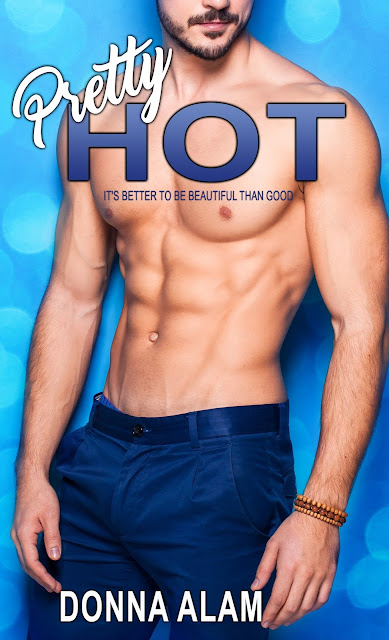 
A Charming playboy. A girl on the run from love. An exotic location where the weather isn't the only thing that's hot.

Kate Saunders is sure of only one thing as her flight to a new life lands in a new country: short of joining a convent, her new job teaching at an all-female school is just what she needs.

Until she meets Kai.

Cultured and worldly, Kai lives a life of wealth and privilege where he always gets what he wants. And what he wants next is Kate. He's determined their relationship is only going one place: his bed.

The road to hell isn't only paved with good intentions, it's also littered with underwear as Kate struggles to resist Kai's sweet, filthy mouth. Talented of tongue he may be, but he's also not quite who he appears to be. Kate's life is about to take a turn for the complicated, leaving the one she left behind look easy. 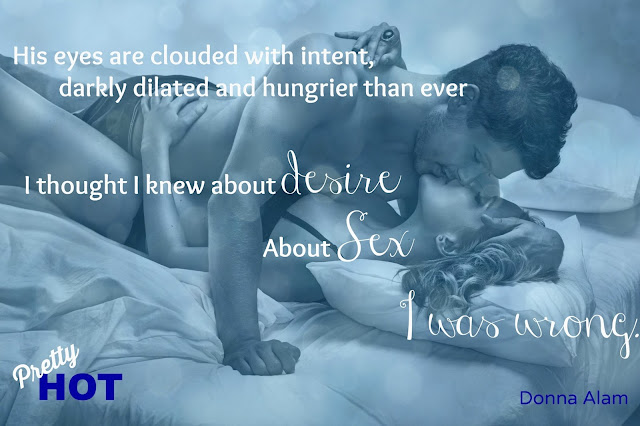 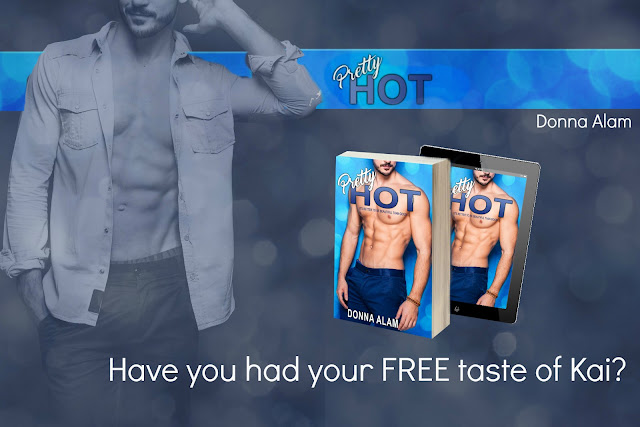 “Wow. Just… WOW. This was a completely different book, in a great way. This book, as the title suggests, brings the heat. It is also one of the funniest books I have read in a long time.” ~ Give Me Books

“This was so much more than I'd bargained for, excellent writing, great plot, hot dominant alpha male. But what I really found a breath of fresh air was the comedic value. Think Alice Clayton or Tara Sivec style.” ~ Kelsey’s Korner

“I soaked this book up like a sponge. When it was over I wanted to cry but then I found there was a book 2. Oh boy, my inner bookworm was squirming for more. Get the book, go on and one click it; it’s a no fail guarantee from someone who reads about eight books a week.” ~ Reviewer 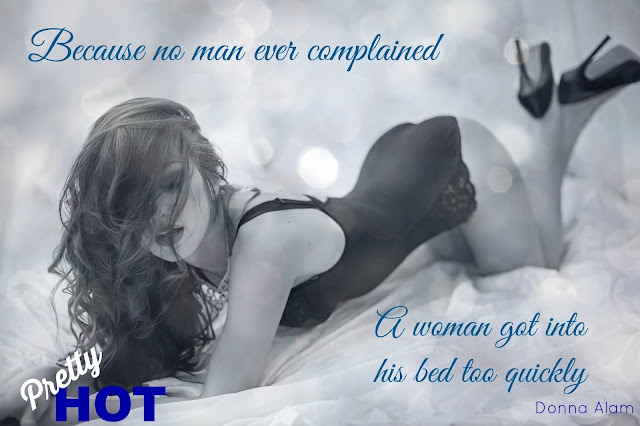 
In the dark, I come to, my face plastered against the sofa cushion, an empty glass cradled to my chest. My phone is ringing. Wincing, I switch on the kitchen light, mentally preparing some choice vocabulary additions for my mum, just in case. I have two missed calls from Australia, along with the current one.

‘Kitten.’ This one husky word pulls taut invisible strings inside. If voices were a flavour, I’m sure Kai’s would be caramel. And despite earlier abstinence plans, I find I don’t mind being referred to as a feline by this man. ‘You do know the thing you’re holding to your ear is called a mobile for a reason, or are you avoiding me?’

I can almost hear his rancorously raised eyebrow down the line.

‘No, I like talking to you. You’re a pretty cunning linguist,’ I say with a giggle, then replay the statement in my head, surprised the words came out coherently.

‘I didn’t say that,’ I eventually answer, albeit a little breathlessly.

‘Don’t spoil my fun, I’m allowed to imagine.’ He laughs, the rich, seductive sound vibrating down the line.

And I like that he’s imagining. In fact, right now, I’d like to audition for a starring role in those thoughts. That I don’t answer doesn’t seem to put him off his stride, the words rolling down the line and straight to my lady-parts.

‘You’ve been on the sauce and that’s something I don’t need to imagine. Your face flushed with wine, lips plump with the taste of it . . . Tell me, did you enjoy a girly liquid lunch or are you drinking alone now? Drowning your sorrows and thinking of me, perhaps?’

‘I’m not lonely,’ I answer, realising this as true. Dubai hasn’t allowed me to be.

‘I had sundowners. Martinis.’ No need to mention the half empty bottle propped next to my arm. ‘Dirty. Like you.’ Crap. Did I just say that out loud?

‘Maybe.’ My fingertips jump and dance along the worktop as he hums down the line. It’s the best explanation I can come up with; a breath of appreciation that curls around my ear and shoots straight to my crotch.

‘Dirty from the girl who suggests cunn—’

‘It’s always good to know what’s on your mind. It’s even better when minds are synchronized.’ 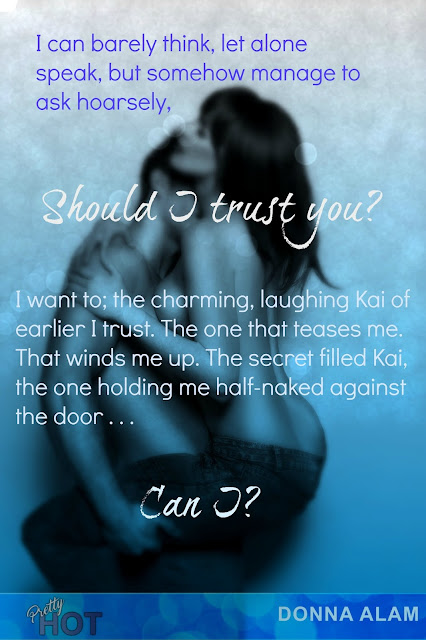 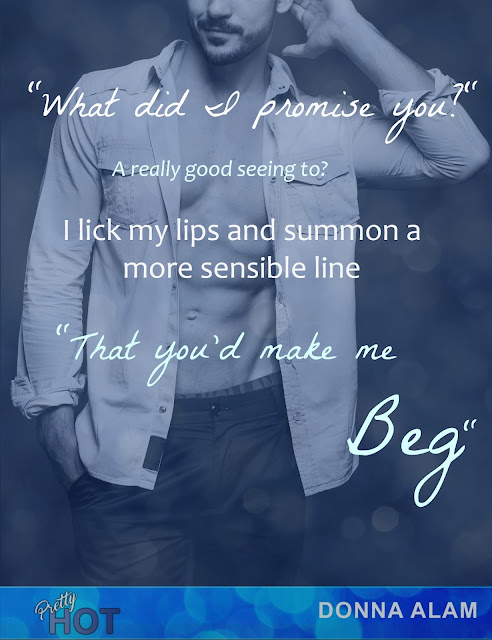 
Donna Alam writes about exotic locations and the men you aren't married to, but might sometimes wish you were. Escapism reads with heart, humour, and plenty of steam.

Hailing from the North of England, she's a nomad at heart, moving houses and continents more times than she cares to recall. She once worked at a school like the one described in her Pretty Trilogy. Alas, there were no handsome millionaires hanging around there.

Eclectic reader and part-time perv, Donna is a huge fan of smart men and protagonists with a fair measure of inappropriateness.