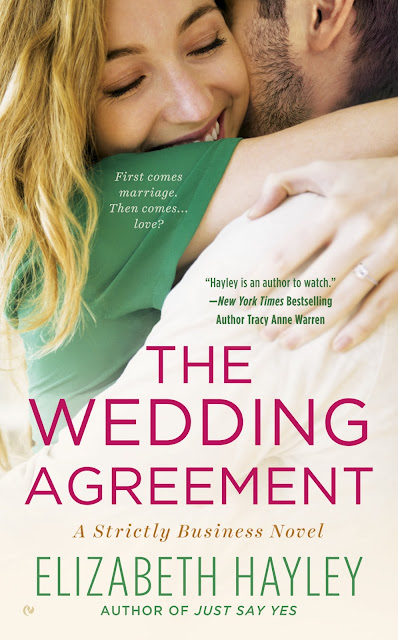 The author of Just Say Yes is back with another sweet and sultry Strictly Business novel about working hard and falling harder into an unexpected romance...

Alex Walker doesn’t need a woman in his life. In fact, he doesn’t have time for one. Between his career in the FBI and the demands of being good father, romance is an unwanted distraction.

Likewise, Cassidy Mullen is fine on her own. The independent career woman has never had a husband in her plans—forget about kids. But when her friend Alex gets into a bind with his ex over their daughter, Cass finds herself suddenly playing the part of Alex’s stable, child-loving fiancée—and liking it a lot more than she’d care to admit.

Soon Alex and Cass can’t deny the real passion growing between them. But as fake affection turns into real love, Cass and Alex will have to make a choice: say “I Do” to their feelings or give up on happily-ever-after for good... 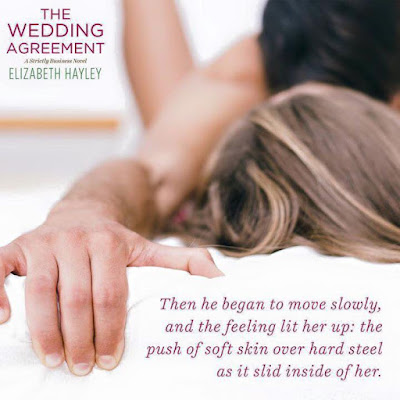 Seriously, this book had so many awesome checks and much more. The Wedding Agreement is the third book in the Strictly Business series and was Cass and Alex’s story. We met them both in the previous books.

Alex is an FBI agent and single father to Nina, a sweet and sassy little girl. After his marriage fell apart due to his dedication to his career, Alex just wanted to be a good dad. When his ex-wife Tessa, starts questioning his parenting, Cass jumps in and tells her they are getting married.

So, what happens when the two jump into a fake relationship and plan a fake wedding? Do the feelings turn real? Or do they just go back to being friends? You will have to read and find out!

This story was fantastic! It was funny, sexy, and real!

“He sounds like a drowning walrus,” Alex said. Cass looked at him curiously. “Can walruses drown?”

And there were some super-hot scenes!

“You’re really going to give it up to me on the street? You are a dirty, dirty girl, Cass.”

There was so much that I loved about this book, but the relationship Cass had with Nina was my absolutely favorite! I also loved how much we got to see of all the other couples from the two previous books. I certainly we hope we get Simone’s story next!
~ Review by Tiffany 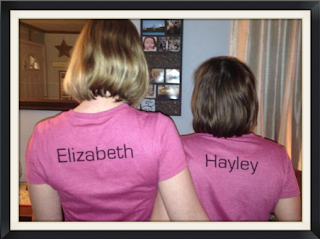 Elizabeth Hayley is the pen name for "Elizabeth" and "Hayley," two friends who have been self-publishing romance novels since 2013. They are best known for the Strictly Business series, including The Best Medicine, and the Pieces series, among other novels.